The report found that unless changes occur to understand and help the “constantly changing groups of people” who gather in the City of Adelaide and Adelaide Parklands, there will continue to be “severe” health and safety consequences of Aboriginal people.

“Tragically, this includes a significant but unknown number of Aboriginal people dying prematurely in the heart of the City of Adelaide,” the report says.

The numbers of visitors to Adelaide from remote communities has increased since COVID-19, since 2019.
—Alex Reid

She said she wants to apply what was learnt for future COVID-19 lockdowns and a “peacetime model” in the city.

“We had a group of people gathering in Port Adelaide Enfield Council, in western parklands there, and moving back and forth from there and West Terrace Park 23 area,” Boswell explained.

“Those people are mainly Aṉangu. We also had a group of Warlpiri people gathering in the City of Adelaide.

“The groups that come out of North Terrace had somewhere to go and went to tenancies, we think. But the groups around the western and southern parklands, Whitmore Square, and Port Adelaide we were concerned about.

“We believed people only wanted to stay together, so we needed to find somewhere people could go together.”

To manage these two groups, the taskforce established an impromptu shelter in The Salvation Army’s Sobering Up Unit in Whitmore Square and another shelter in The Flour Shed in Port Adelaide.

Other rough sleepers were invited by the Department for Human Services to sleep in hotel or motel emergency accommodation.

Boswell said “what absolutely didn’t work” were those who stayed in hotels, as they left “pretty much straight away”. The Independence Unit experienced similar levels of success.

“The Independence Unit, people went in there at night, some of the day, but most of the day they wanted to leave to be together and outside,” she said.

What “absolutely did work” was a very different approach at The Flour Shed.

“There was one group coming with children, and we didn’t think it was appropriate for children, [but] the thing that we did was allow alcohol,” Boswell said.

“We were told by the police that if we didn’t have alcohol people would leave and we wouldn’t have achieved the objective.” 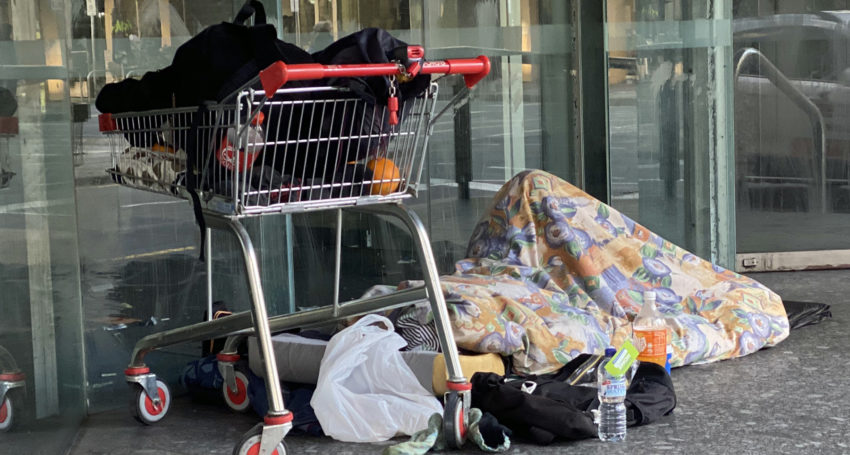 Boswell said while there were “episodes” and “incidents” due to alcohol being present, people remained near the site. Because people remained, it fostered an opportunity to have “yarning conversations” by Iwiri and other Indigenous speakers.

Another point of discussion was why the rough sleepers were so far from home, and what could be done to help expedite their return.

“People sat and talked and were able to speak about what got them stuck here. There were various things. There were court matters. COVID slowed down the court,” she said.

“Whilst we didn’t ask the police to drop serious assault kind of things, [those] minor court matters that dragged on forever, we either moved where they were going to be heard back home, or police agreed to drop them.

“What we learnt over the last few months that doesn’t work is traditional interventions to homeless or drug and alcohol interventions. If the first question you ask them is ‘Do you want a house?’ or ‘Do you want to go to detox?’ they will say, largely, no.

“The result of that is we had on and off 24—27 people involved in that model. None of them are still rough sleeping. Quite a few have gone home.”

There’s no point in an intervention that separated people; even if that seems like a reasonable thing.
—Alex Reid

Alex Reid, from the Department for Innovation and Skills, who also reported to the committee on behalf of the taskforce, said “the numbers of visitors to Adelaide from remote communities [has] increased since COVID-19, since 2019.”

A way to combat this in the future is the “absolute requirement” of service delivery to include Indigenous speakers working as officers, translators or interpreters. The benefits of this inclusion, she says, are “unquestionable”.

Another imperative is that groups be kept together and not divided.

“These communities come together in the parklands here to be together,” Reid said.

“There’s no point in an intervention that separated people; even if that seems like a reasonable thing.”

Boswell said Aboriginal community groups, such as the Kaurna Yerta Aboriginal Corporation, must be included in leadership decisions and implementation.

Elder and chairperson of the Kaurna Yerta Aboriginal Corporation, the Native Title landholders of Tarntanya Adelaide, Jeffrey Newchurch told the chamber the findings were “a big step” in the right direction.

Chair of the Adelaide Reconciliation Committee and Kaurna elder Yvonne Agius said the presentation was “very interesting” but there’s “a long way to go”.

City of Adelaide Associate Director of Strategic Property and Commercial, Tom McCready, told CityMag in a statement the council “appreciated” the presentation and will take the information on board when choosing what tactics to adopt to assist vulnerable Aboriginal people living in the city.

“Our role on this taskforce is to support the Government-led response,” she said.