Renewal SA informed Adelaide city councillors last night they would remove two substantial trees from one of the city's leafiest boulevards as part of continuing landscaping developments at the North Terrace innovation precinct.

“A critical item we look at is the pedestrian-vehicle conflict and crossing sightlines are obviously quite important,” Blacker said.

“The [gate seven] tree itself can obscure a person on that crossing for someone turning in so we raised that as a safety risk.”

“You’ve got a tree in the middle of a pedestrian crossing that can obstruct sightlines for vehicles to cars and people to cars,” he said. 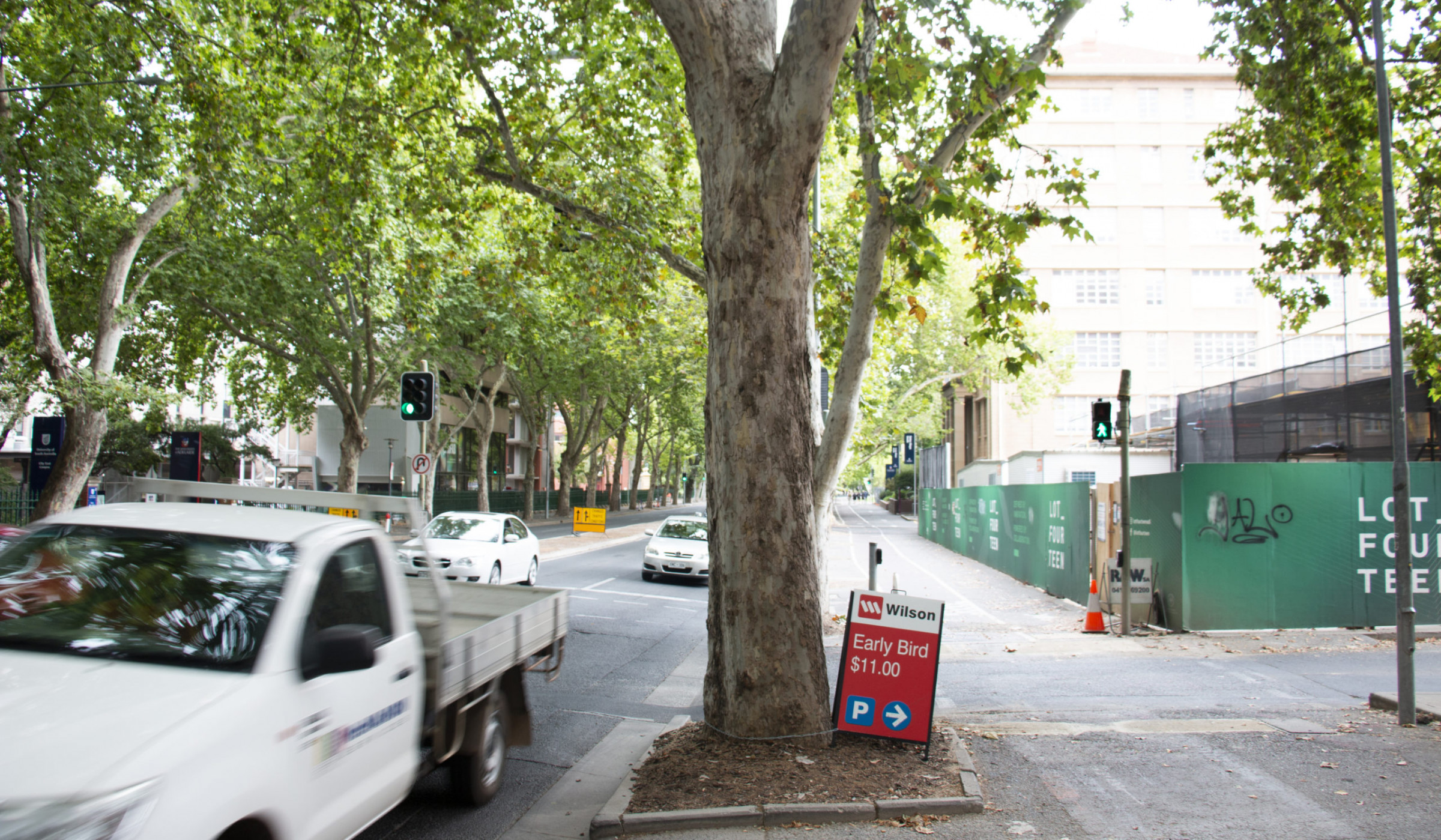 The gate seven London plane tree due to be removed 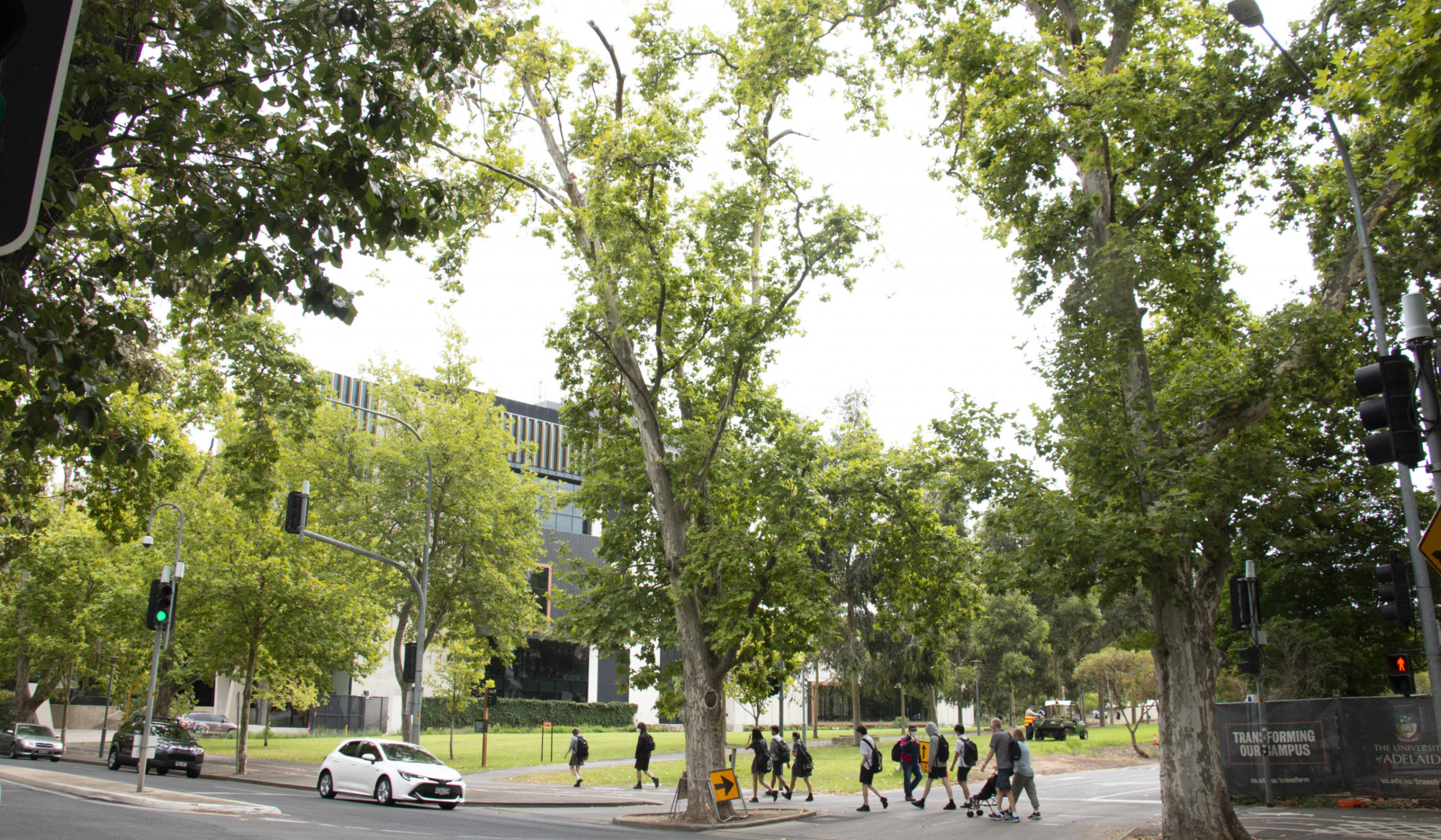 The gate nine London plane tree (middle) due to be removed

“We can plant saplings; we can even plant semi-mature trees,” he said.

Snape asked whether the government had explored all other options, to which Blacker answered they had and this was the best outcome.

He said the Frome Road works were required to safely get heavy vehicles into Lot Fourteen, particularly given the constraints at the North Terrace side of the development.

“There’s a lot of pedestrians out there at the moment; there’s a tram stop,” Blacker said of North Terrace.

“We’re just trying to get, physically, these larger vehicles into the site.”

Blacker said it was “not possible” to get trucks onto the site safely on Frome Road with the trees present.

Lord Mayor Sandy Verschoor asked if the government had considered replacing the “rather substantial trees” with new ones.

Lot Fourteen senior manager of property and projects, Colleen McDonnell, said they would be “happy” to consider this option.

The City of Adelaide did not respond to questions regarding when council members were expected to provide written feedback on the proposal, and whether the council had replaced any of the previous 11 significant trees on North Terrace.