Adelaide Central Market Authority boss Theo Maras believes all is well within the precinct with one exception: “We’re missing the students.”

“I was there as a chairman of the Adelaide Central Market [and] the comment that I made was directed at that, but I can assure you that there’s also a comment that I make for the whole of the city,” he clarified to CityMag.

“[Maras Group has] property in the East End of Adelaide and the Adelaide university is here, and we have three, four major residential institutions that are here for students, which are not full.

“We can tell when students are not with us – not because they’re not present but the dollar spend.”

We had all our eggs in the one basket.
—Theo Maras

Maras said he estimated a 20 per cent reduction of international students spending in the East End – a figure in line with official data about the pandemic-induced drop in overseas student numbers in Adelaide.

He could not disclose “with any amount of certainty or accuracy” the reduction of Adelaide Central Market earnings – but over the past 18 months he had spoken to a range of Asian gourmet food stallholders and restaurant owners in the precinct who noticed the shortfall.

“The mistake that I believe we made was we had all our eggs in the one basket, and that was we had a lot more Chinese students than any other nationality,” Maras said. 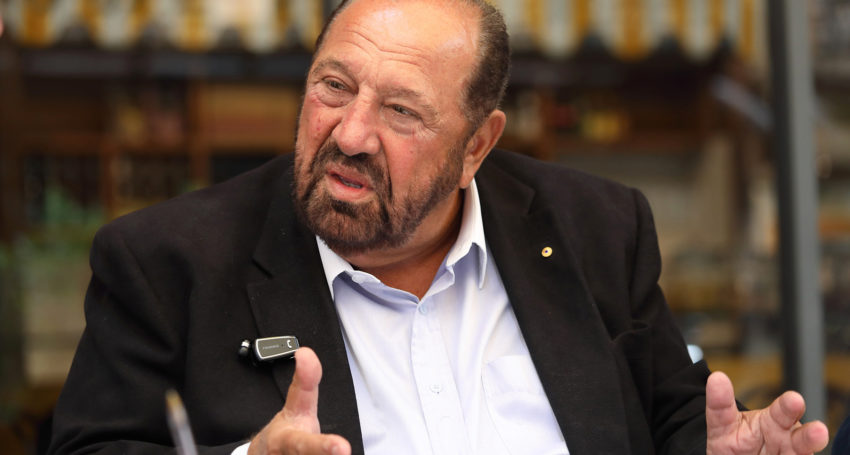 Most recent Federal Government data from September 2021 indicates the country’s largest population of international students comes from China (166,319) followed by India (97,613) and Nepal (44,637).

Maras said tenants first highlighted the international student absence at the beginning of the pandemic and although concerns had “eased” it was still “ongoing”.

Jane Johnston is chief executive of StudyAdelaide – a body aimed at attracting international students to the state, funded by all three major universities, the State Government and City of Adelaide.

She told CityMag that, compared to pre-pandemic levels, there were almost 20 per cent fewer international students in South Australia, despite a significant rebound this year.

“The latest international student data, (February 2022), shows that the number of commencements in South Australia has increased by 33 per cent compared to the same period in 2021,” Johnston said.

“While this demonstrates that the sector is beginning to recover, when compared to the same period in 2020 the number of international students commencing is still down by 17 per cent.”

“These students bring vibrancy and diversity to the city,” she said.

“They contribute to our workforce and skills needs, our economy and provide global linkages for local students and businesses.”

When asked if there were fewer university enrolments or commencements from Chinese students in South Australia this year, Johnston said “we haven’t seen all of our Chinese students return to Adelaide partly due to travel restrictions in China.

“Our institutions continue to teach these students online, as they have throughout the pandemic. We look forward to welcoming them back to our city.”