CCTV facial recognition to be rolled out in the city

An Adelaide City Council tender for an updated City Safe CCTV Network includes the introduction of facial and number plate recognition, with one expert warning the technological upgrade comes with privacy and human rights risks. 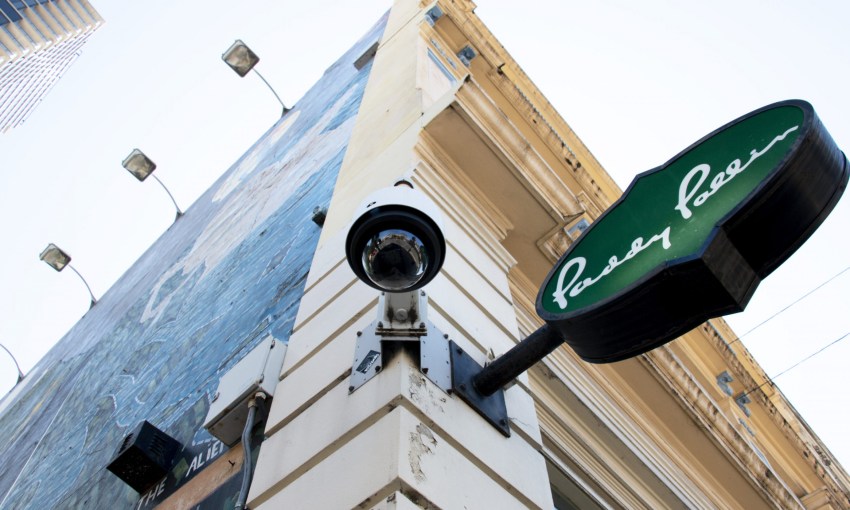 CCTV cameras using object, facial and number plate recognition will be rolled out in the city over the next 18 months, according to a recently published Adelaide City Council report.

Called the ‘Adelaide City Deal Update’, the report says the network upgrade will be managed through an SA Police and City of Adelaide partnership and will be delivered due to current technology reaching end of life and needing to be updated for public safety.

The CTTV tender specification requests the most “up-to-date smart technology” – such as the facial and number plate recognition – but also 360-view and low-light performance.

According to Lord Mayor Sandy Verschoor, it will be at the “discretion of SAPOL” as to which aspects of the available technology are utilised, taking into consideration their policing requirements. She says the intent of the upgrade is to make Adelaide a liveable, safe city.

“SAPOL will continue to maintain the privacy and confidentiality of city users as a requirement of their prosecution chain,” she says.

“Locations and coverage by the City Safe CCTV Network will be determined in conjunction with SAPOL.”

A police spokesperson told CityMag SAPOL is currently “providing an advisory capacity only” for the City Safe CCTV Network Upgrade, and has “no involvement in the final decision as to who wins the tender”.

The use of facial recognition technology is a “new development” for the city council, says University of South Australia senior law lecturer Sarah Moulds. But it’s part of a growing trend.

Moulds, who is a co-founder of the Rights Resource Network SA – a collective of legal professionals, academics and volunteers committed to improving South Australian rights protection – says facial recognition can be used for good; however, there are risks.

“Another issue for me is around consent… of covert use of facial recognition.

“That’s particularly a problem when we don’t have any laws that safeguard proportionality and other rights, [such as] privacy rights.”

Until such legislation is enacted, the commission has suggested enforcing a moratorium on the use of facial-recognition technology in decision-making that has a legal or similarly significant effect on individuals, such as policing and law enforcement. 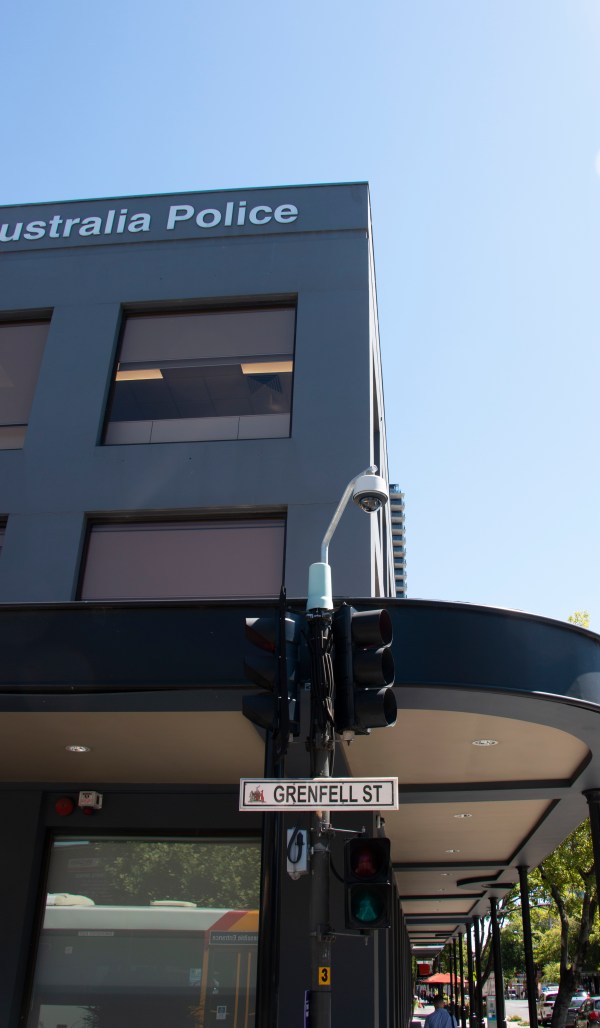 A camera on the corner of Grenfell and Frome streets

A new bill surrounding “serious invasion of privacy” is currently being drafted by the State Government. Titled the Civil Liability (Serious Invasions of Privacy), the bill aims to establish a “new course of action” for serious privacy invasions in South Australia.

The bill would require the applicant to prove there was a “serious intrusion” of their privacy, which could include watching, listening to, photographing or recording private activities.

But Moulds believes this legislation would not be applicable to police and government administration.

“Even if we had that bill, I don’t think it would really help the situation,” she says.

“Whereas in other places, like the ACT and Victoria, where they have rights-based legislation around [the] right to privacy, they have stronger anti-discrimination laws, and fair trial kinds of protections, there is at least a little bit more opportunities for people to understand how that information is being used, and to be able to complain about it if they’re worried they’re misused.

“If you’re going to use this personal information and collect it covertly, then you have to justify that activity with some other really important objective.

“If the objective is parking fines or something like that, that proportionality analysis is not going to be adequate.”