After an emergency meeting, the Adelaide University Union has blocked funding to the Student Representative Council and its President. 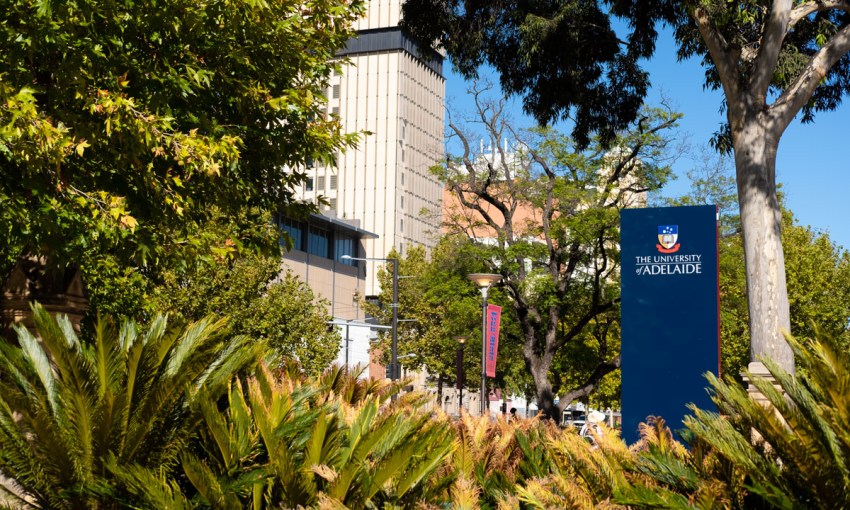 The Student Representative Council at the University of Adelaide has had its $10,600 yearly funding suspended indefinitely in the wake of an emergency meeting by the Adelaide University Union (AUU), after claims the SRC had violated a controversial agreement established last year to regulate the council’s ability to stand against the union.

According to emails sent from AUU President Oscar Zhi Shao Ong, provided to the university’s student magazine On Dit, the union made the decision after the SRC published a Counter-Guide – an inversion of the traditional Student Guide – critiquing the university’s corporate image and ties with fossil fuel companies.

The guide contained expressions of support for the National Union of Students, a “prohibited affiliate” according to the AUU, which constitutes a breach of the agreement between the union and SRC.

SRC President Ana Obradovic, whose honorarium of $28,600 per year has also been suspended, spoke out against the funding cut, alleging the actions of the AUU have undermined student democracy.

The ruling also prevents her and other SRC members from mentioning their political views at meetings and council events. 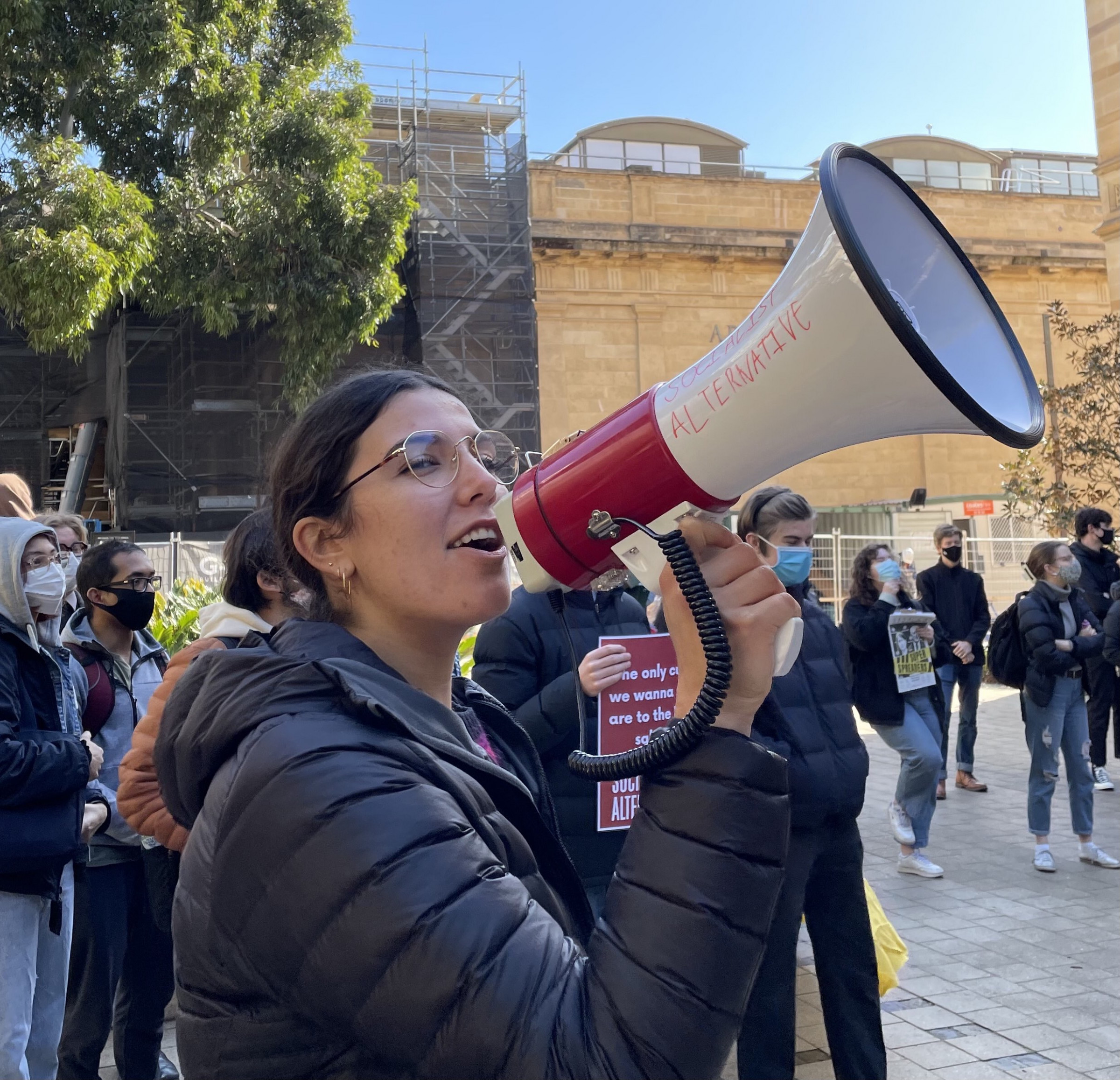 “We were elected on a left-wing basis to carry out progressive policy.

“It’s a bureaucratic manoeuvre to stop anti-education cuts organising, to stop the printing of anti-fascist stickers to cover up the white supremacist propaganda that has been cropping up around campus. It’s quite obsessively anti-union.”

A funding agreement that prohibits the SRC from expressing a different stance to that of the AUU on public issues was passed on the last day of the 2021 SRC and AUU administrations by then SRC President Oscar Ong, with both entities then dominated by the conservative factions.

The 2021 student election saw the Left Bloc secure all available positions on the SRC while the AUU remained under the control of conservative students.

“The Counter-Guide was published because we had a left-wing student council elected with a very strong mandate to fight education cuts,” Obradovic said.

“We wanted to send a message that the SRC is a left-wing political fighting body and our publications will be geared towards the campaign that we were elected to run.” 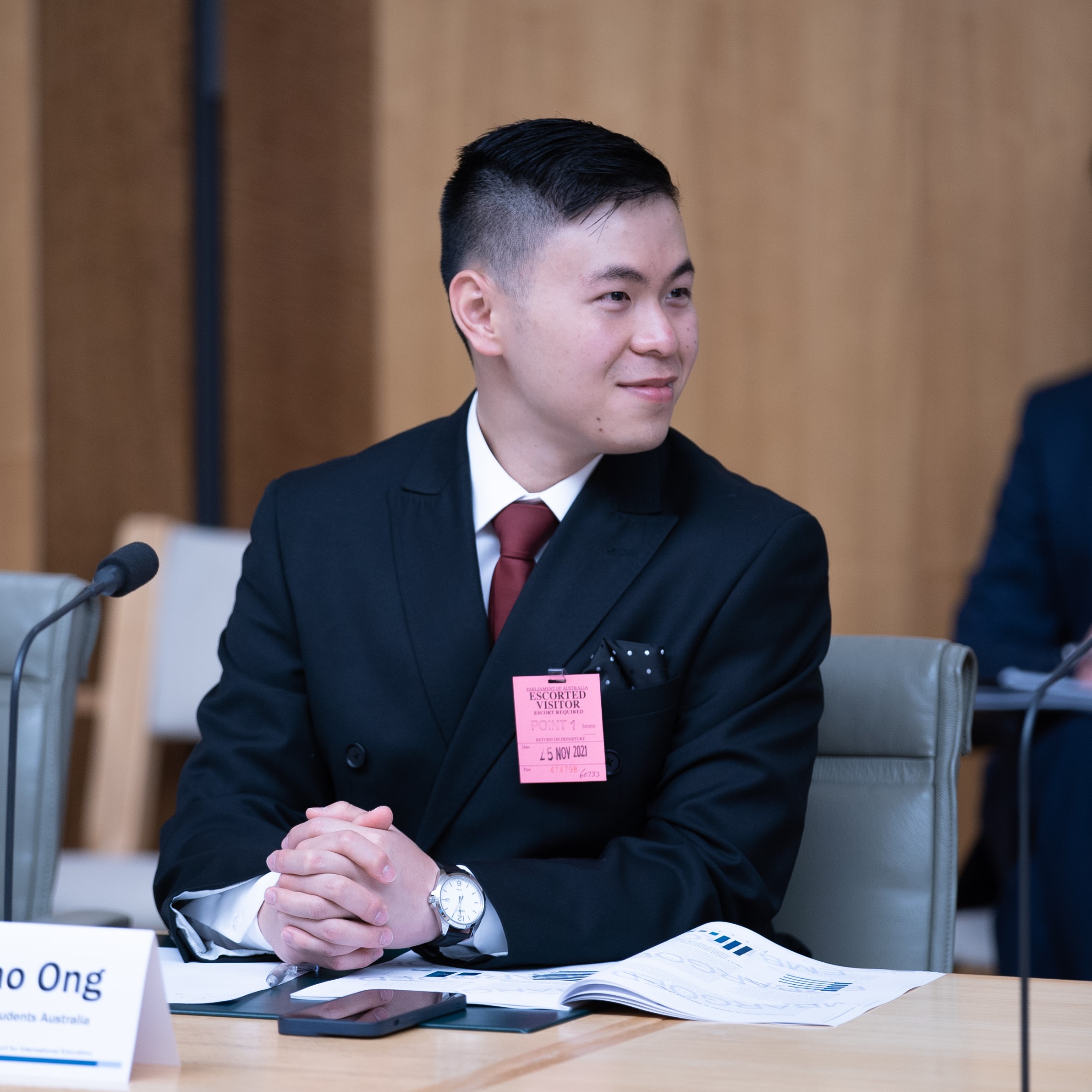 This is not the first time the AUU has come under scrutiny, as the Adelaide University Women’s Collective was denied affiliation with the union in 2019 by the Clubs Committee, of which Oscar Ong was then a member.

The SRC has also taken a strong position against proposed staff cuts to the university, and the merging of the current five faculties into three – with the new faculty names being confirmed to students last Friday and taking effect on 28 March.

“We’re trying to push against this idea that student unions [can] pretend they are just service providers that tell you where to get cheap coffee… and actually say the union is a political body that fights for student interests,” Obradovic said.

The SRC is holding a student general meeting on 24 March to oppose faculty mergers and staff cuts, demand direct funding for the SRC, and move a motion of no-confidence in Vice Chancellor Peter Høj and the University Council.

“Our power as a union is through mass involvement of students. We really need to students to be involved to hold the union to account,” Obradovic said.

“The student general meeting is a launching pad for the next part of the anti-cuts campaign. Student democracy is not just under attack by management, but by the AUU.”

AUU President Oscar Ong was contacted for comment but did not respond.