Walking into a life lesson

Sisters Alexandrina and Alysha Seager were ultimately defeated by the Heysen Trail, but the experience still strengthened their life-long bond. 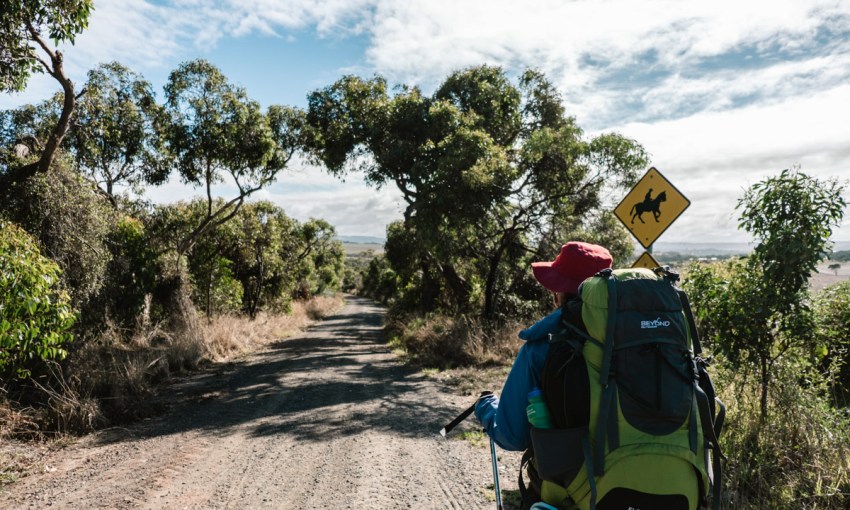 Months of preparation and planning had led to this moment, but it wasn’t quite what I had been hoping for.

It was mid-afternoon and the temperature was already dropping as we wandered into Heysen’s Rest Cabins, just outside of Myponga, at the southern end of the Heysen Trail.

My younger sister Alysha and I were exhausted – ready to drop our heavy packs and collapse on the floor after two days of hiking. Jayne, the owner and our host, showed us to our rooms and notified us we would need to delay our showers as the hot water would take 15 minutes to be ready.

She left us to our own devices, and we made ourselves a warm drink each. The air was already cooler than when we had walked through the gate. Alysha made tea, and I, a dedicated coffee addict, opted for the correct option.

Listening to the surrounding nature, I felt at peace with the day we’d just experienced, the ground we had covered. But there was a major signal coming from my boots that our adventure may come to an early end. 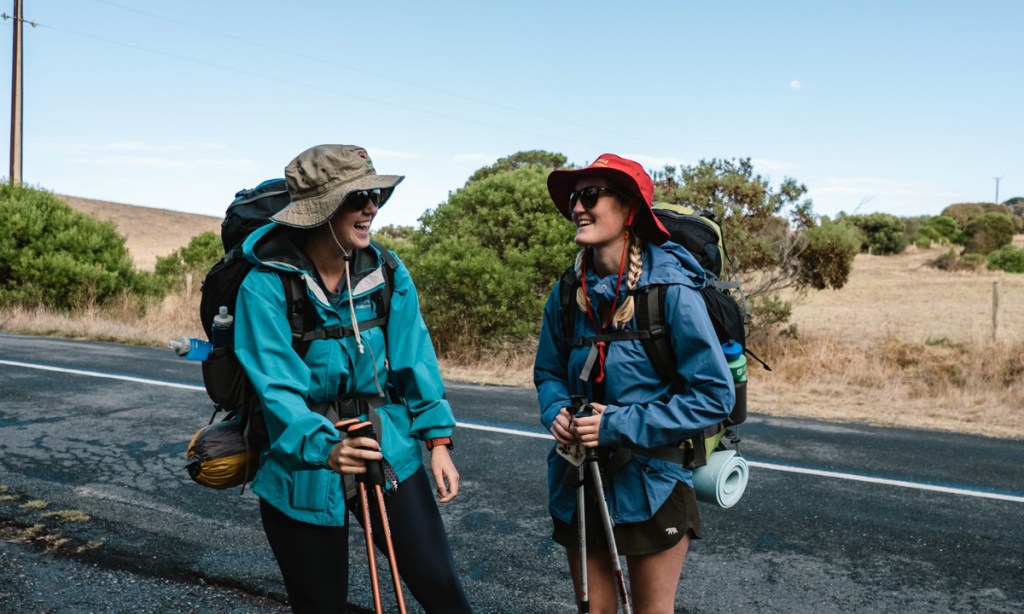 Alexandrina and Alysha Seager presumably early in their hike, given their mood

Completing the Heysen Trail is a goal of mine. I want to do it all in one hit, but, as I’ve recently learned, I’m too inexperienced to consider the 60-day hike just yet. I completed the Wild South Coast Way in September last year, and quickly started planning this hike – Kings Beach to Mount Compass. I managed to persuade Alysha to join me.

Hiking has helped me find peace in the unknown. Prior to taking up the sport, I found the uncertainties of life and being in situations outside of my control incredibly daunting. Out on a trail, other insecurities come forward and the environment forces you to address them, ultimately building your resilience.

There’s something euphoric about being isolated in the unfamiliar and having to accept it. The stillness of the countryside can ignite your senses, leaving little else for you to do than reflect on your values and who you are as a person.

Alysha and I set off early, our breath still lingering as mist in the air. We were filled with first-day-of-school vibes – a mixture of nerves and excitement. On day one, we walked from sealed roads to unsealed roads to revegetation projects, at one point following the fence line of a paddock full of sheep.

Reaching Inman Valley filled us with relief. It meant the first day was over, that we’d survived and we could sit down and relax.

The night was restless as we listened to the rain come and go. My mind flooded with doubts: we shouldn’t be here collided with how is day two going to go? I had conveniently neglected to tell Alysha about several of the hills we were yet to climb. 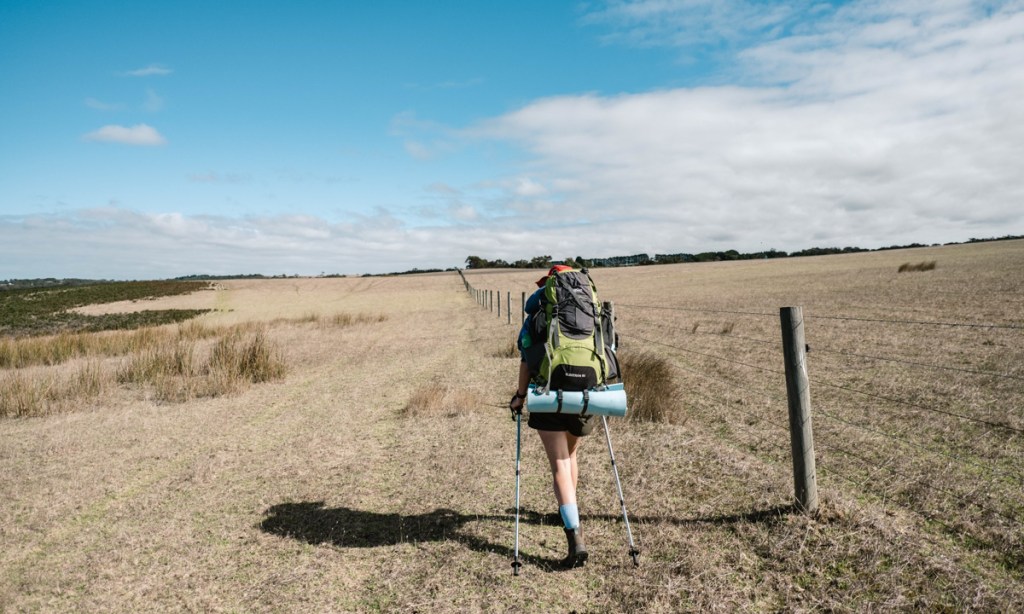 The next day, we walked along a no through road that morphed into a driveway. It felt wrong, especially as we passed the house. We’d invaded someone’s private space, if only for a moment.

“You’re going to kill me,” I said to Alysha, as she pushed confidently beyond a warning sign: Steep ascent ahead. It was the first sign of many to come, and one I had been dreading in particular.

Reaching the top felt almost impossible. With every step, the hill seemed to grow larger, looming ahead of us. We would stop to admire the view, taking a moment of much-needed rest. We were midway through climbing a ‘Death Hill’ (as I’ve come to call them) – torturously steep ascents. So far, I’ve come up against two, both of which are along the Heysen Trail – though there have been a couple of other close contenders.

It took us an hour to clear the two kilometres and 400-metre ascent, a fear of failure propelling us forwards. We had to make it. There was no other option. Moaning and groaning, we slowly made our way through the trees and joined a shingleback lizard at the top for a rest.

All I wanted to do was soak up the sun and nap like our reptilian friend, but it was hard to relax with the level of resentment I could feel emanating from Alysha. Between breaths, she lobbed barbs in my direction. I had my retorts: You’re welcome. You’ll thank me when you’re older. It’s called building mental and physical endurance, stamina and toughness. And now you can relish the fact you can push yourself physically beyond what you thought was possible.

Following the thin trail and occasional signposts, we once again met a fence line. It was here we were greeted with the hills I failed to tell Alysha about. Up and down, up and down, and up once more we went. Struggling to breathe and clinging to trees for support, we clambered through the unforgiving landscape. 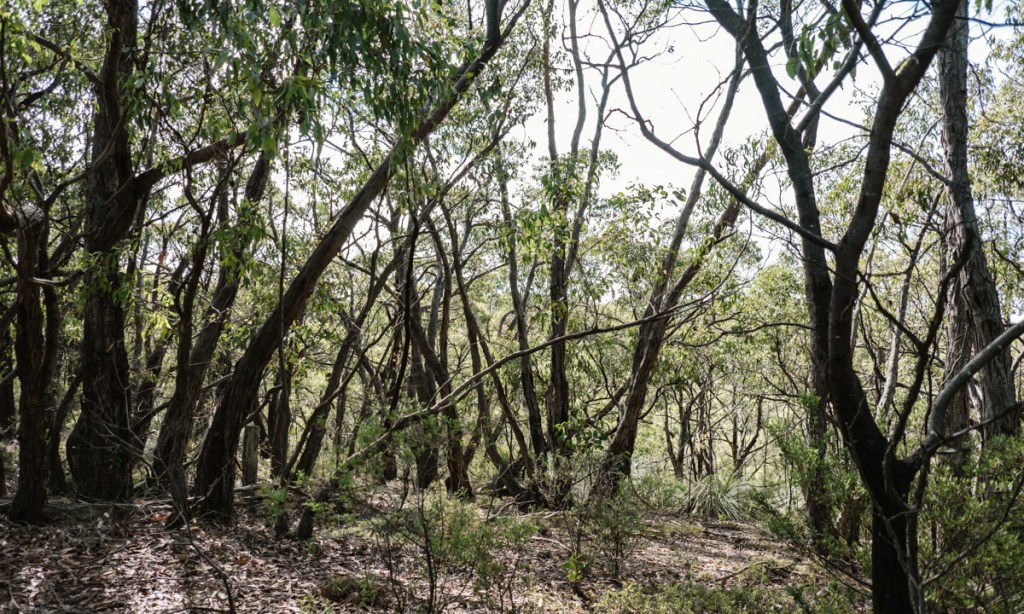 It would have been easy for Alysha to leave me in her dust if she ever got annoyed at me, her being the more athletic sibling. At no point along the trail did I feel our bond as sisters strain – which, to be honest, I had expected. We were aware of each other and our limits.

Alysha began to take charge as I trailed behind slowly. The blisters I could feel developing on my feet were beginning to go beyond burning. Not far to go. Only a few kilometres left. The sensation reminded me that on every single hiking trip I’d taken – day trips and overnighters – my feet had come out worse for wear. Memories of hikes past swirled in my head as we finally arrived at Heysen’s Rest.

As we sat and waited for the water to heat up, I reflected on the small, funny moments we’d experienced – Alysha attempting to drink a smoothie for lunch, missing her mouth and losing most of it to the dirt, and her trying to keep warm by layering on ash from a cold, abandoned fire. There were also times we just sat together, admiring the view of the countryside and reflecting on the steps we’d trodden.

I knew when we started that morning I had blisters brewing. As we rested now with our warm drinks at the end of the day, I prepared myself to learn of the physical cost of our adventure. I peeled off my socks and was hit with a wave of disappointment. “Look at these bad boys,” I said, showing Alysha the damage. Her only response was “Fuck, Lexie.” They were bad. Very bad.

Alysha wore brand new hiking boots for the trip, which had not been worn in, and somehow suffered no ill consequences. I couldn’t fathom putting my boots back on. I told Alysha there was no way we’d be able to make it to Mount Compass unless my blisters miraculously healed.

And with that, our hike was over. It was a crushing disappointment, but, looking for the silver lining, I’d already done what I’d set out to do: introduce my 17-year-old sister to the life-changing experience of a long walk. 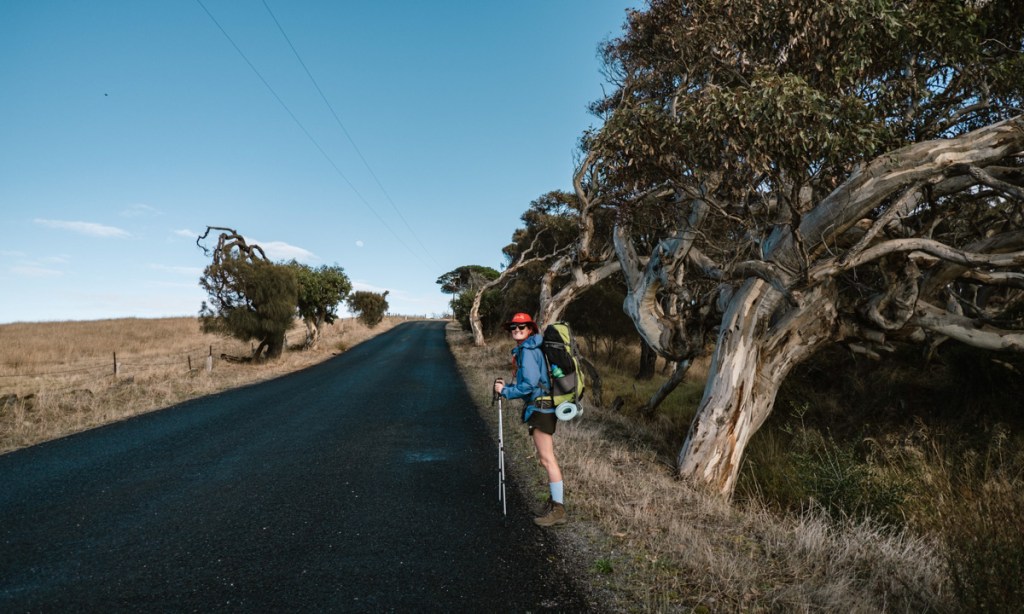