An illustrated guide to one of the city's most interesting emerging precincts.

For many years, Flinders Street’s primary purpose seemed to be confusing people who were looking for Franklin Street. Recently, though, things have changed, with restaurants, markets, music, and (gasp) even residents moving in to invigorate the area.

True – things on the western end remain mostly in the world of suits and coffee-to-go, but wander down towards Hutt Street and you’ll discover some more interesting sights. 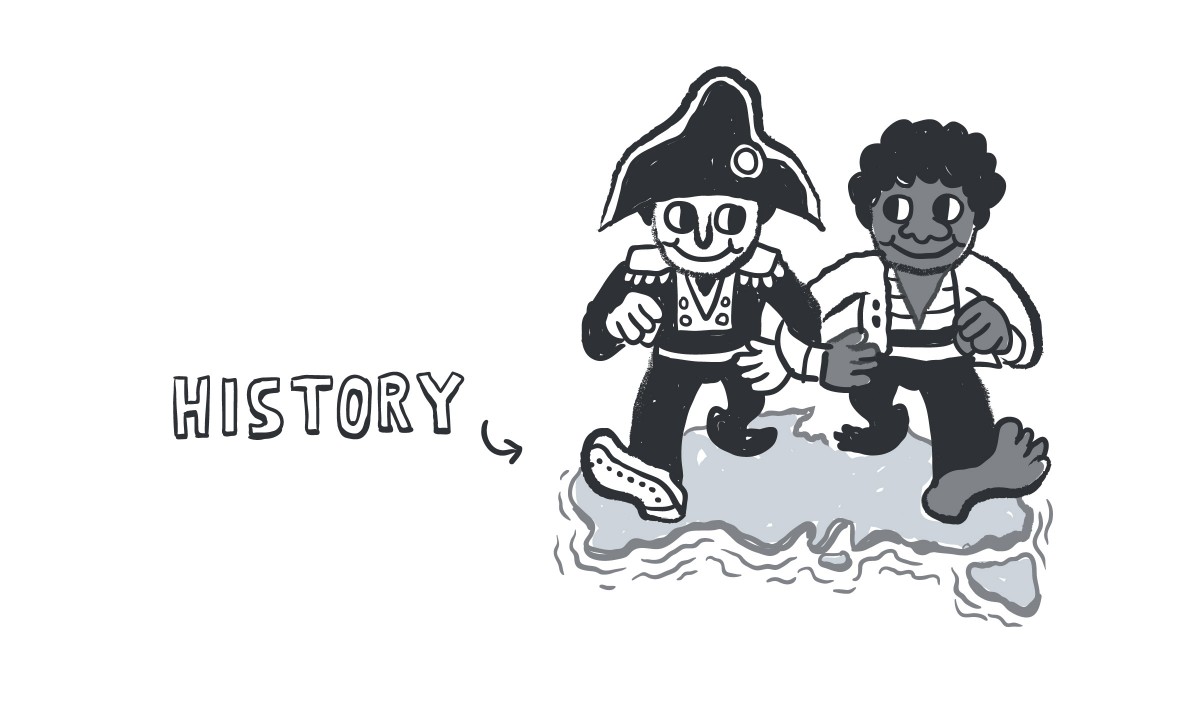 Flinders Street is of course named for Captain Matthew Flinders, who both circumnavigated Australia and graciously saved us from being called “New Holland”. Once you cross King William, though, Flinders Street becomes Franklin Street – which is named for the slightly-less-notable John Franklin, whose claim to “fame” is that he was Lieutenant Governor of Tasmania for six years, a task accomplished by likely hundreds of people since.

For this edition’s excellent idea for an area mascot, we’d like to introduce the loveable mascot for Flinders Street, named “Flinders Keepers”. With a design based entirely around the half-baked pun that you’ve just read, lil’ “Flinders” features a classic Sherlock Holmes getup and for some reason is on a pair of rocket-powered roller skates. We are currently accepting pre-orders for one-metre-tall stuffed toy versions.

Well, we’d like to suggest a better idea: the cross-King-William portion of the street should be renamed Bungaree Street, after Flinders’ interpreter, guide, and negotiator during his jaunt around the continent. Bungaree, of the Kuring-gai mob of Broken Bay (NSW), was an important figure in relations between Aboriginal people and Europeans, and served a central role in Flinders’ expedition to map Australia. Let’s reunite the pair in street form, say we. 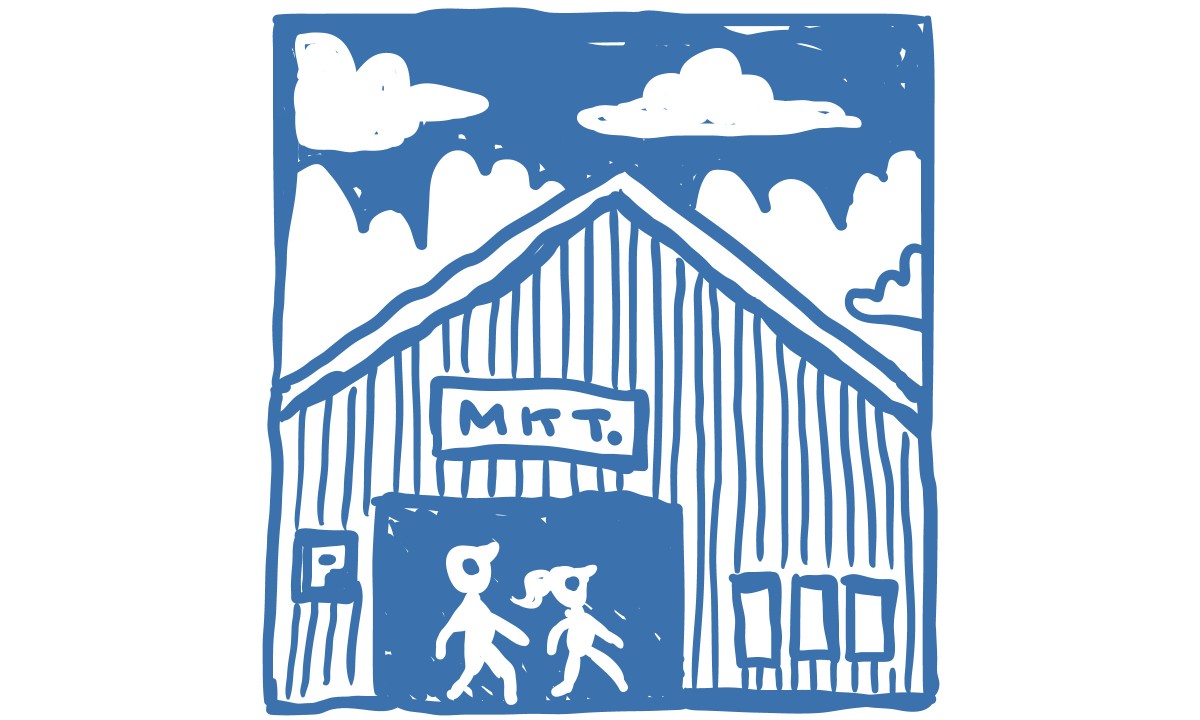 Though Flinders St Market has set sail from the street (and are now known simply as Flinders Market), marketeers need not despair. The Guild Marketplace launched at the beginning of February in the same market location, same market time (Saturday and Sunday 10am – 3pm, the big blue shed at 230 Flinders Street, that is). As they say, one market door closes, another market door opens. 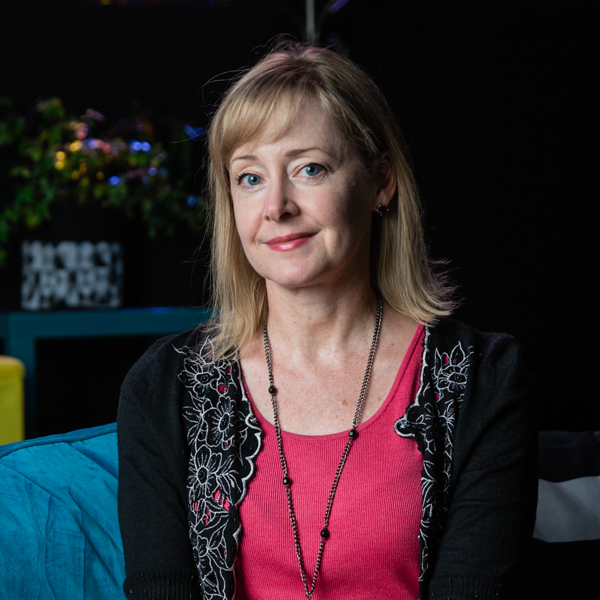 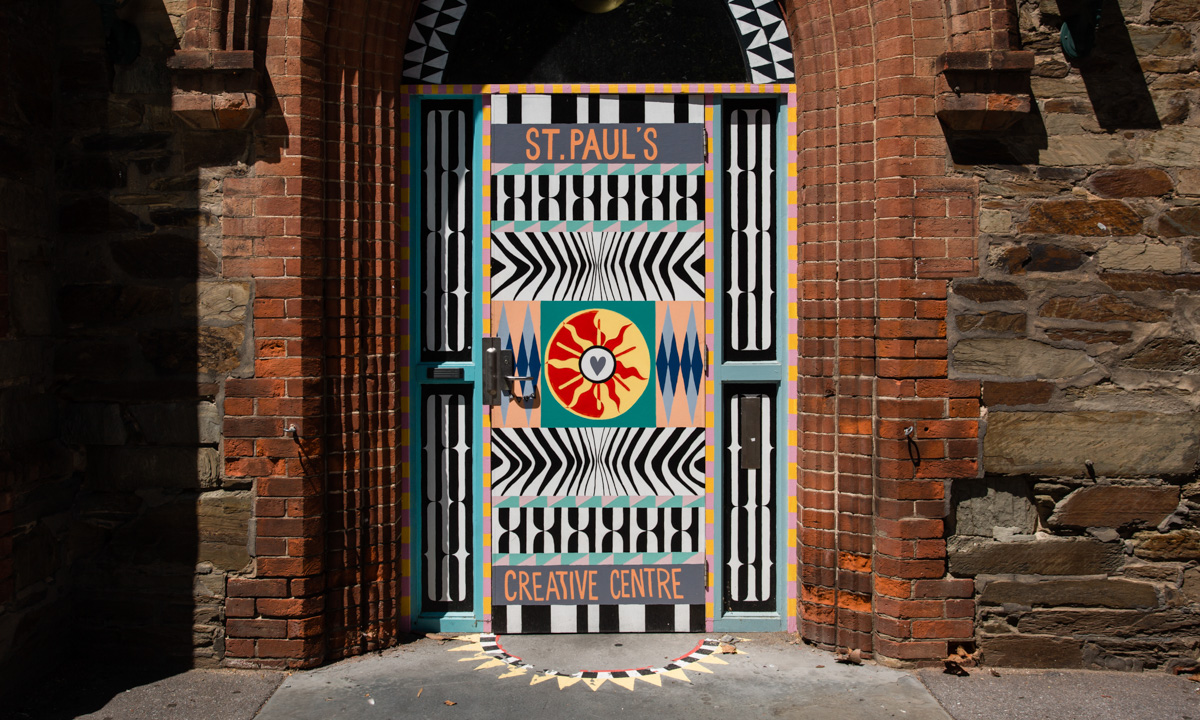 Flinders Street may well hold the title for most repurposed churches per square metre. Wedged in between the business end and the living end of the street is one such space: St Paul’s Creative Centre, a co-working space for arts and creative business run by the State Government. Elizabeth Reid is the community liaison there and she spends her days cultivating a community of start-ups, entrepreneurs and organisations. 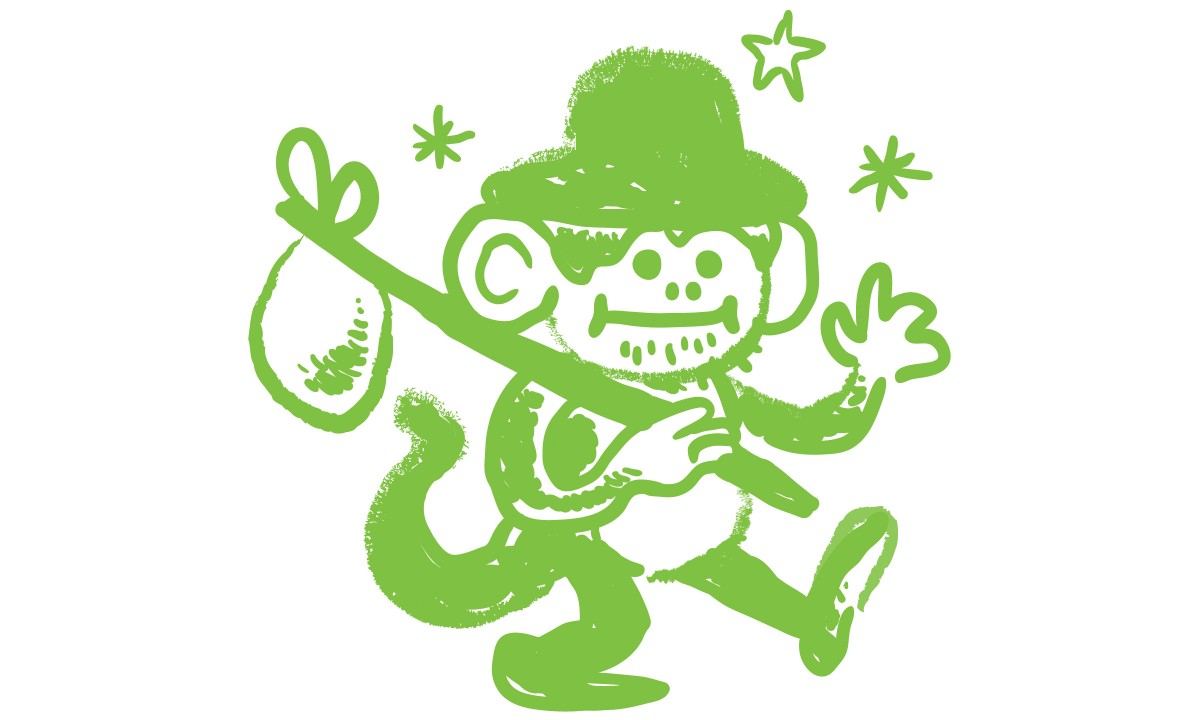 When The Jade opened on its new Flinders Street location in 2013, it paved the way for much of the other good stuff going on in the street today. The Jade brought live music to an area of the city that was in dire need of some good vibrations, and along with it regular crowds of people. The move from the more centrally located Twin Street was a rough one, but with the lights now slowly flickering on along Flinders Street, it seems to have worked. And as a welcome bonus, we do enjoy a Cambodian cheeseburger from Phat Buddha Rolls in the courtyard 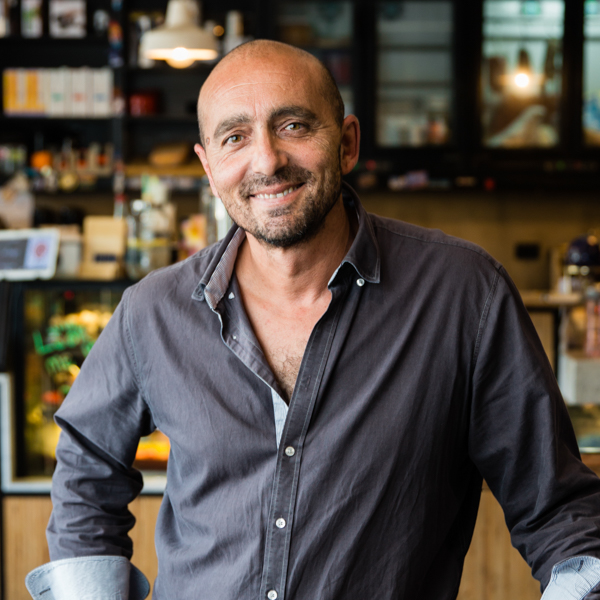 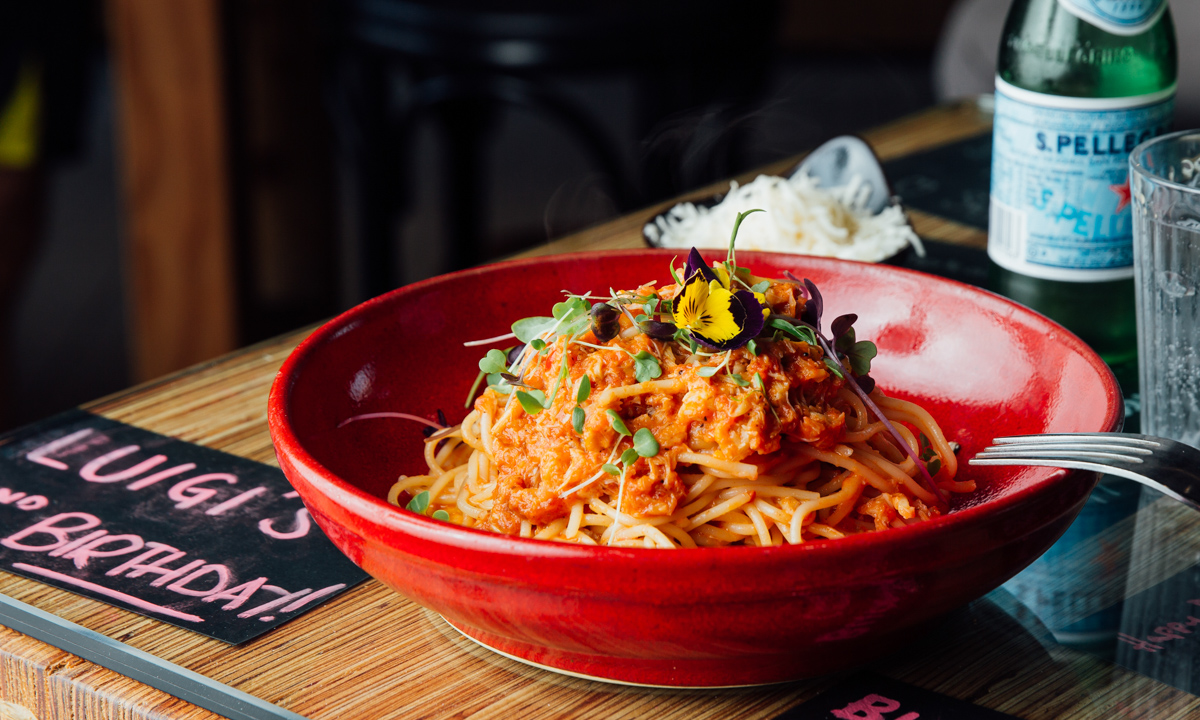 You can’t go wrong with the crab spaghetti at Luigi Delicatessen, cooked with white wine in a rosé sauce. It’s delicious and about as light as spaghetti gets. If you’re a crab-rights activist, however, you also can’t go wrong with a non-crabby spaghetti – we tried the excellent vegetarian puttanesca when we visited, and it was simple, hearty, and full of flavour. 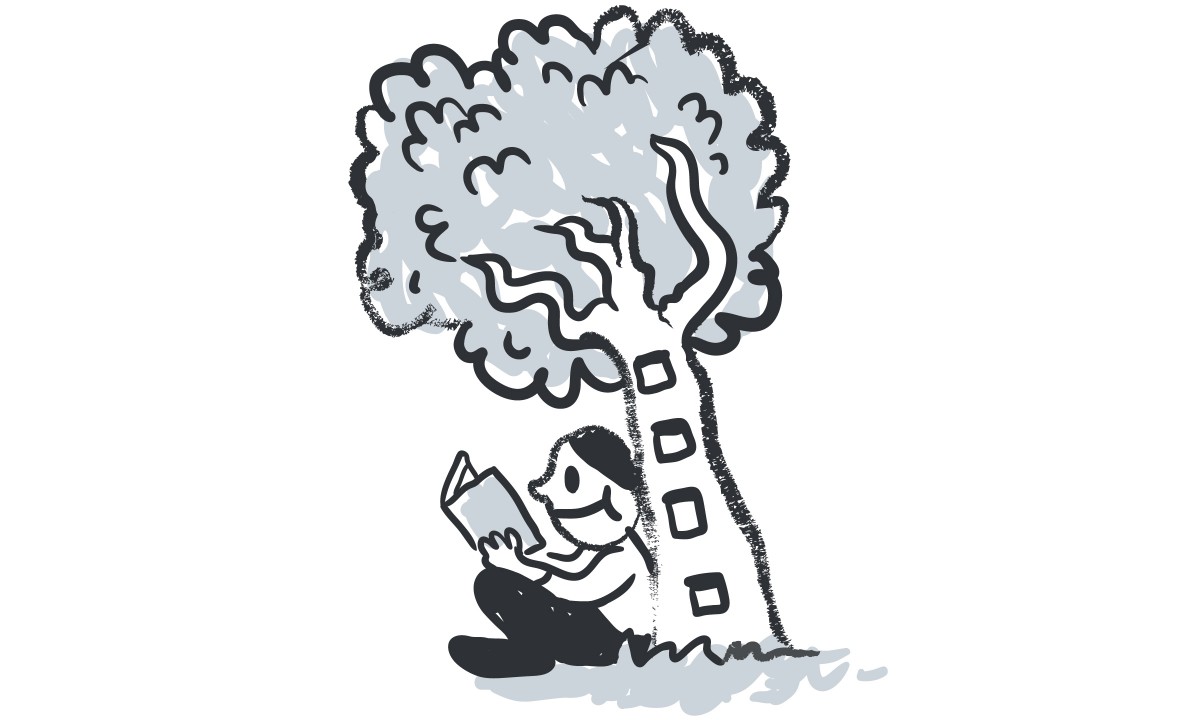 As we go to press with this issue, the ground towards the Hutt Street end of Flinders is undergoing flattening for the construction of One Flinders East (slightly confusingly located at 248 Flinders – good luck, posties). When it’s completed the greenery-clad apartment tower will look good enough to eat, and will bring with it yet another kick of energy to the area. 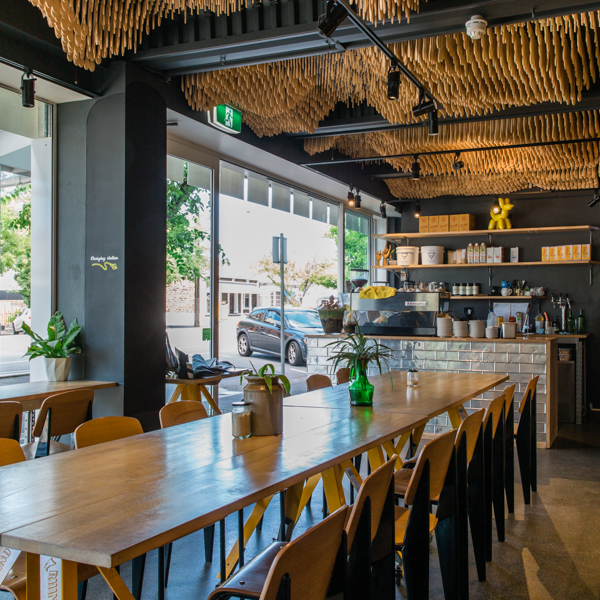 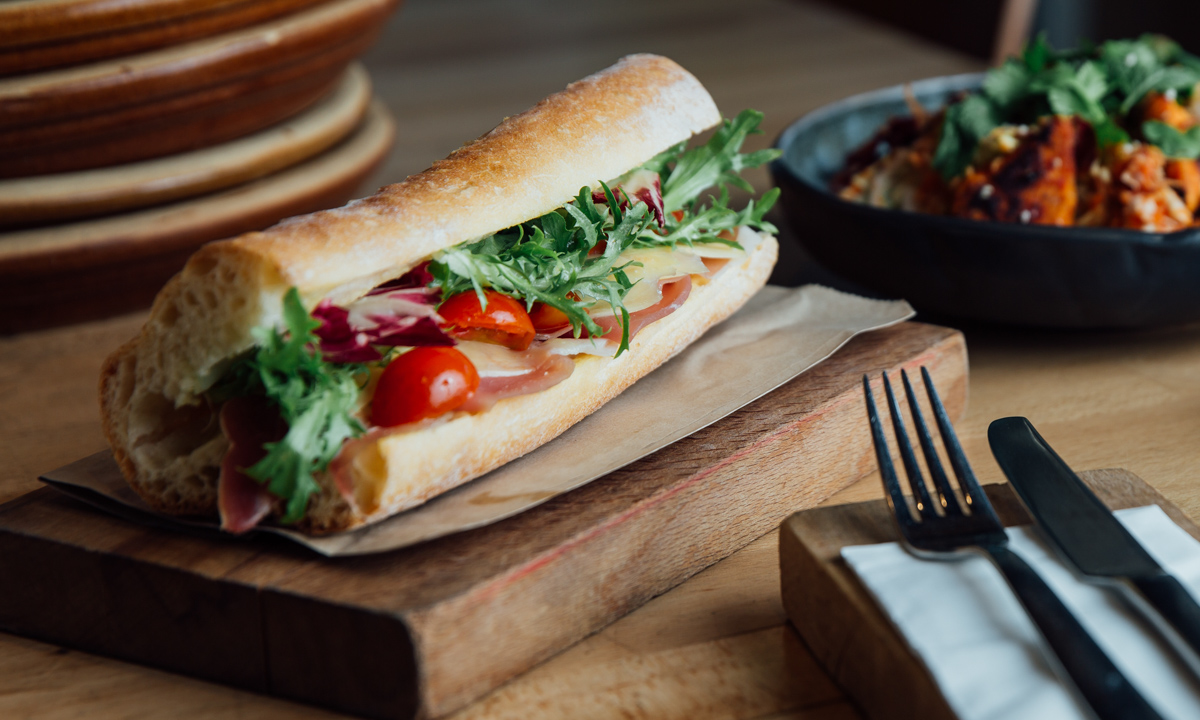 Around lunch time, we often find our thoughts drifting to the $10 baguettes served at the excellent Flinders Street Project – made with freshly baked bread that meets the Goldilocks standard: not too dense, not too crunchy, not too bready. If you have a little more time, their lunch mains are well worth the foot travel.