The farmers behind the foods: Chia seeds

The chia pod – now the go-to breakfast for professionals across Australia – has a backstory that reaches well beyond aisle three of the supermarket. In this new series from sustainable food advocate and author of Cook and The Farmer, Rebecca Sullivan, we meet the farmers behind the food fads.

Oddly enough, the now-ubiquitous Chia seeds oft-spotted in city cafés come from a bright purple flowering plant related to mint. Native to Mexico and Guatemala, Chia was a hugely important crop to the Aztecs. 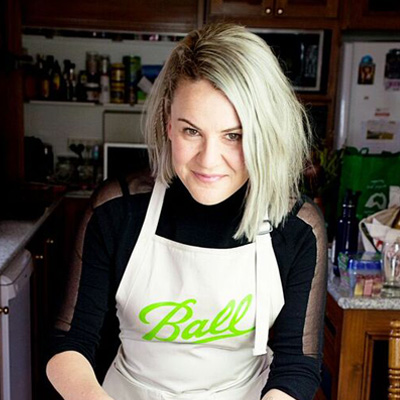 Rebecca Sullivan is a sustainable food advocate, a forerunner of the Granny Skills movement, the co-founder of Australian native foods retail line Warndu and an author. She is currently working on her next book – Cook and The Farmer.

We have all been told of the seeds’ many health benefits. It contains protein, calcium, manganese, and phosphorus, and is a source of healthy omega-3 fats. But the development of a domestic industry to satisfy our sky-rocketing demand for the foodstuff is more of a mystery.

Christian Bloecker of Bothkamp Farm in the Ord Valley, Western Australia, has been growing chia for 11 years.

“ A lot of research by other companies had gone into growing Chia in this region so we knew it would grow well here. Also because of the nutrition benefits, it fitted well into the clean, green production of food that we work too here in the Ord.”

Like many of the high-demand and on-trend superfoods, chia is an agriculturally challenging crop. The climate of the Ord Valley though is particularly suited to its production because of its subtropical climate that has a very distinctive wet and dry season.

“Well, chia is difficult to grow on a commercial scale, because it needs the right amount of rainfall and sunlight,” says Christian. “But here in the Ord it grows really well, as you can see.”

He points to the vast fields of the seed, which are just a portion of the crops grown here in the Ord Valley where more than 750 tonnes of the seed are produced annually.

As much as the methods of the seeds’ production are overlooked, many of its characteristics are exaggerated. It’s fair to say we’ve been led down the marketing garden path when it comes to the colours of chia – often told that black, white and red versions have different properties.

“There is absolutely no difference, oh except that when you get white ones stuck in your teeth you can’t see them so I guess they are better from a vanity perspective,” says Christian.

When we ask about the dollar value per yield, Christian remains coy. Under his agreement with The Chia Company – to which he sells exclusively – he cannot discuss much regarding price.

But for all their hype and marketing, the health benefits of chia seeds are undeniable, and they’ve given farmers in this part of Australia a new and appropriately valued element in their product mix – something that’s priceless in the endless uphill battle Aussie producers face in today’s price-slashing environment.