Now in its fifth year, The Fruitful Pursuit’s celebration of conscientious wine production and consumption is happening at Good Gilbert, stacked with producers, open-air forums, and a tasting that seeks to settle the debate about cellaring zero-sulphur wines. 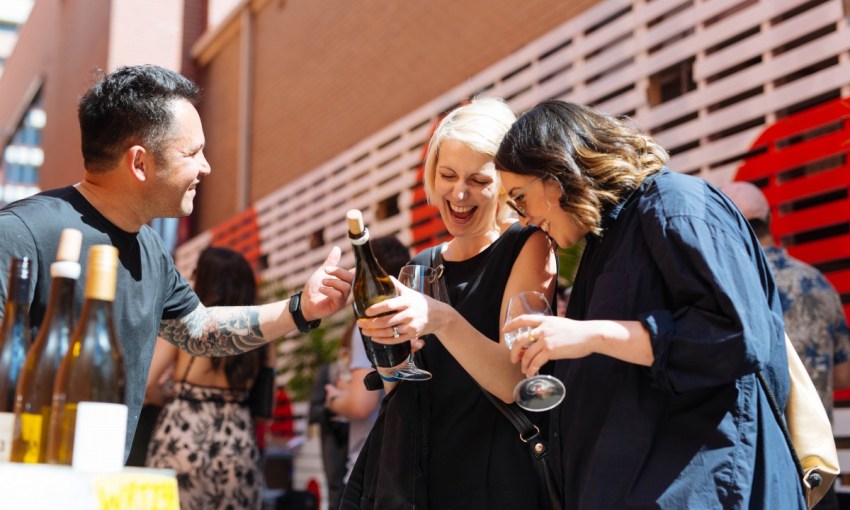 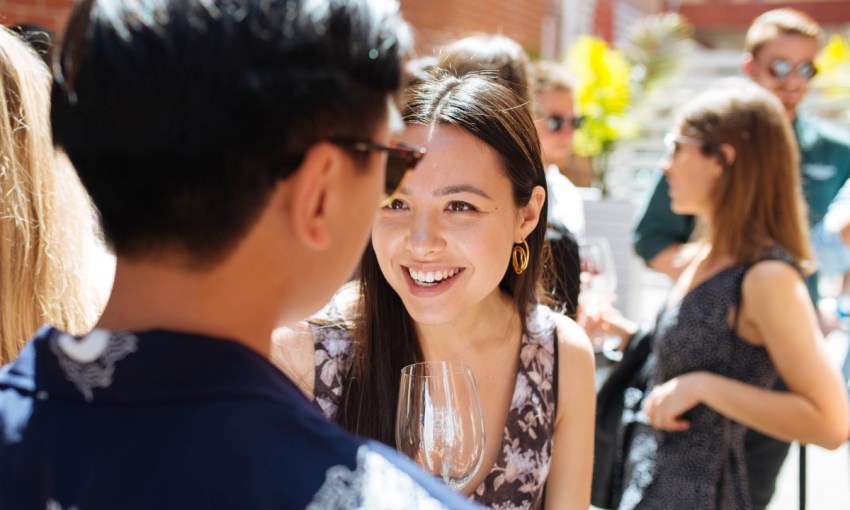 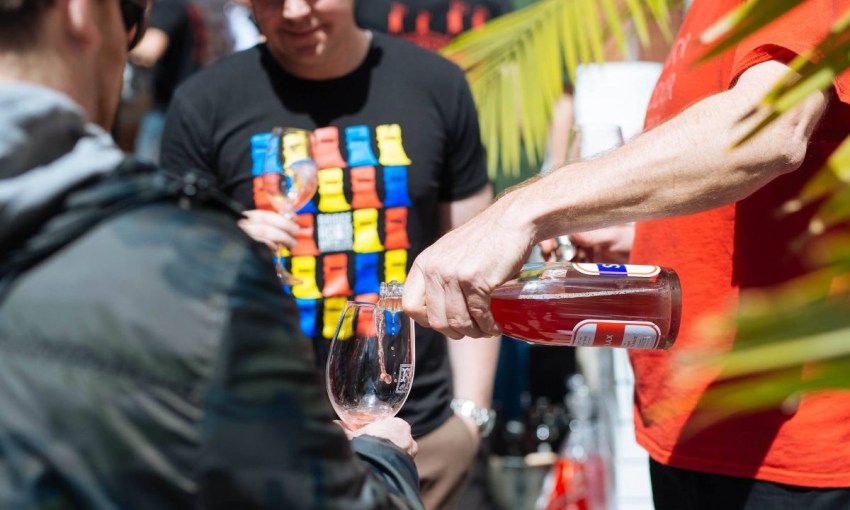 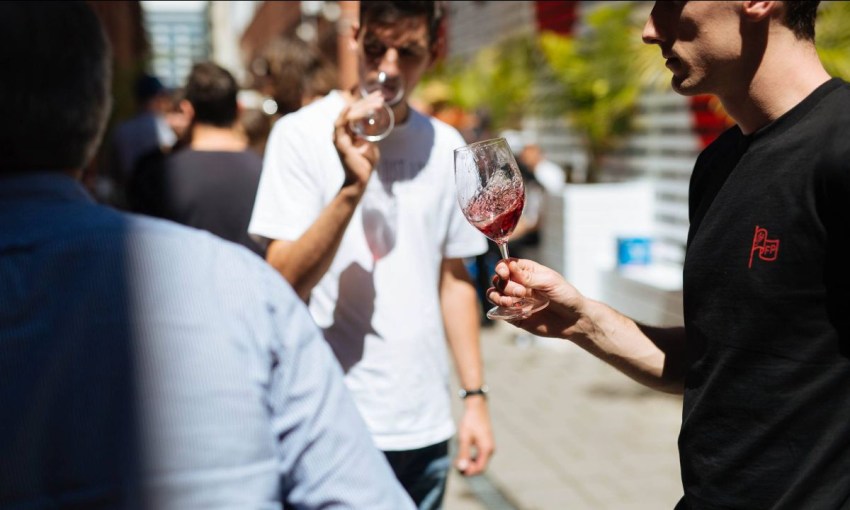 “I’m still as wide-eyed as I ever was,” he says. “I still feel like a kid in a lolly shop every event that we put on. And I feel like that level of innocence about it is really what Wine Playground is about.

“It’s about connecting people and producer, with wine being this ultimate conduit that ties us and the land all together.”

Wine Playground is returning in 2021, this time heading out of the city to suburban bar Good Gilbert.

“Wilson (Shawyer, Good Gilbert co-founder) and the team there are very clearly focussed on giving an experience,” James says. “It feels very human, and it doesn’t feel contrived.

“They’re just open and earnest people, who think beyond simply what’s in the glass or on the plate, which are outstanding mind you. It’s a wonderfully inclusive culture they’ve created there. It’s a perfect alignment for what we’re aspiring to do.”

Wine Playground will take over the car park out back of the venue, with its lineup of producers dotted around the space. In the centre of the activation, wine writer Katie Spain will host open-air forums, hosting a panel discussing topics of interest within the Australian wine industry.

“Katie’s such a wonderful MC and presenter, and the experience we had on the deck at The Stag last year was incredible. We’ll be recreating that,” James says.

As for the producers, there will be eighteen winemakers present, and two importers, all of whom will collectively pour around 50 wines for ticketholders. While James says there’s no underlying theme in the lineup, each producer represents, to him, authenticity.

“I think when it started, before realising what to call it, the pursuit was about seeking authenticity,” he says.

“We’ve always platformed the smaller producers and if they’re been bigger than that, or they’ve grown, it’s because there’s still integrity there. You can be mindful of what’s going into the ground and into the wine, and make wine at volume.

“The core of it has always been supporting people who believe in furthering the industry in any way they can, while trying to preserve this connection we share with the planet. That’s key.”

In addition to the 20 producers on show, Adelaide Hills winemaker James Erskine, of Jauma, will host a tasting that aims to settle a long-running debate between natural wine proponents and critics: can a wine made without sulphur age well?

“James will be showing some museum release wines that he made with and without sulphur, years ago,” James says.

“It’ll be up to the crowd to decide what they like, but in its essence, this addresses a rather huge ongoing chat. It’s a big conversation. Tickets for that sideshow will be released to ticket holders only, closer to the date.”

There will also be food on offer, courtesy of Good Gilbert’s food and wine delivery sister Gilbert’s Goods and neighbouring restaurant Cru Tapas. What exactly this entails is still being worked out, but food will be included in the ticket price.

There will also be coffee available from Kindred and chocolate from long-time Wine Playground guest Steven ter Horst. 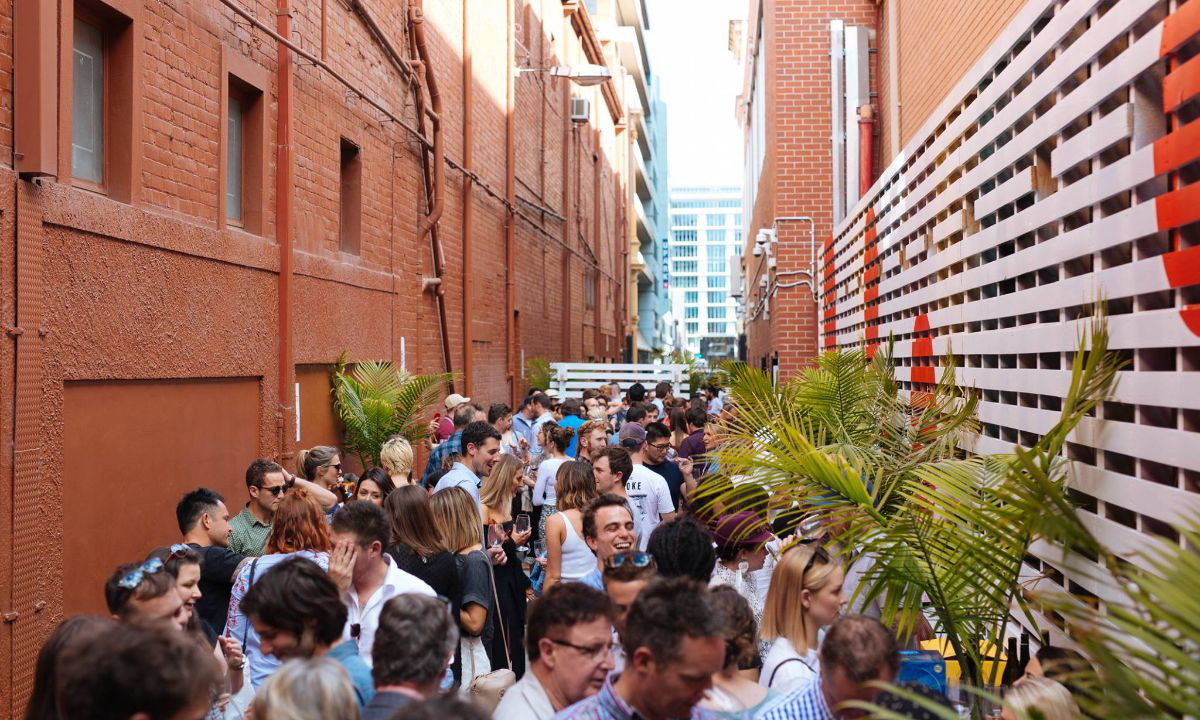 A busy Wine Playground event from a less COVID-concerned time

Wine Playground is split into two sessions; the day session is aimed at those eager to engage in the open-air forums, while the later session will evolve into a party kicking on at Good Gilbert, with DJ Mehdi on the decks.

It’s no surprise to hear from James, the last 18 months has been difficult for his business, and the broader events industry. Because of this, he has developed a ticketing system that takes into account the sometimes fluid state of restrictions in South Australia.

The first 120 tickets of each session will guarantee you a spot at the event, and all the tickets sold above that number may be refunded in the instance of a severe change in density restrictions.

The early bird, as they say, secures themselves a spot.

“We hope that we’re going to fit everybody in, but it’ll be those 120 people per session that will be locked in for an absolute bare-minimum experience if we are under density restrictions,” James explains.

“The truth of the matter is nobody knows what the future holds at this point. A winemaker friend of mine said it’s like a frozen tsunami, just looming in the distance.

“Without knowing exactly what we can get away with, based on the quite extensive experiences that we’ve now had, I feel like it’s best to let everybody know exactly what to expect, based on what we are expecting.”

Tickets are $65, which includes all tastings, a snack from Gilbert’s Goods, a The Fruitful Pursuit wine glass, made by Plumm, and access to the open-air forums in the day session or Mehdi’s afterparty set for the night session.