Wine Country is bringing back their successful Spring Dozen new-release wine event, hosting 14 winemakers, with music from Ollie English and Very Good DJs, plus the amaro-focussed Bizzarro Land at the Uraidla Institute. 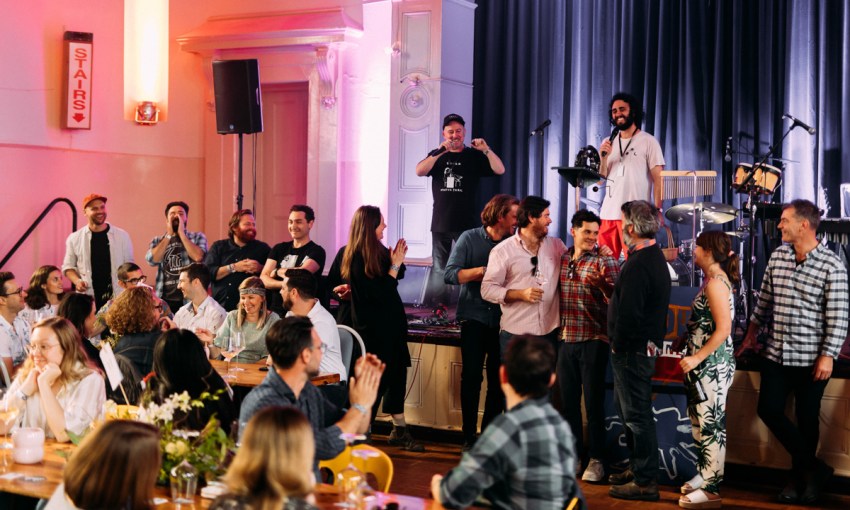 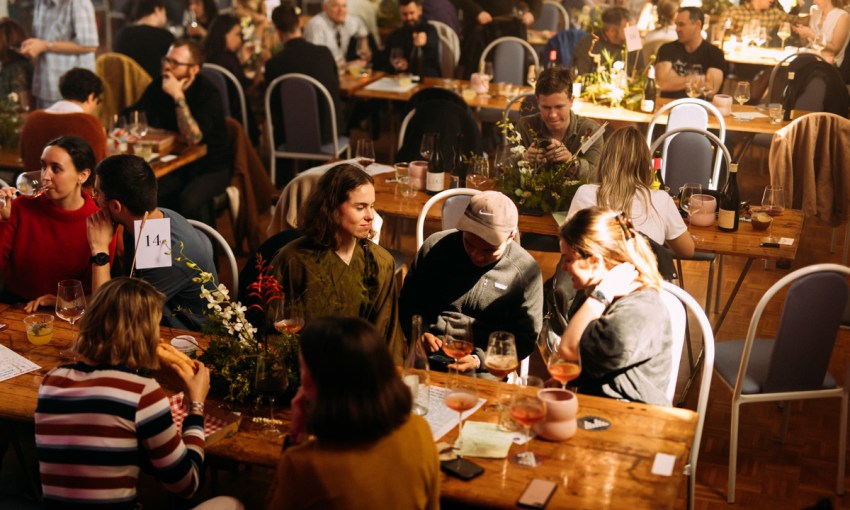 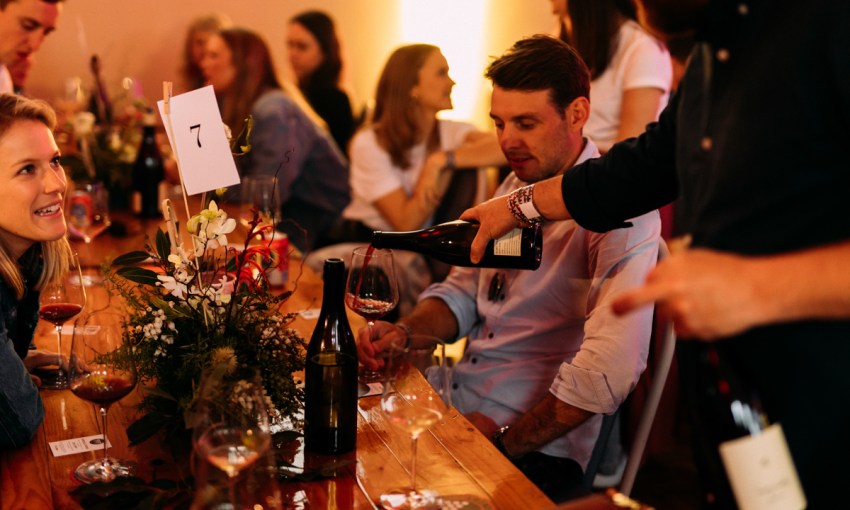 Despite the name of Wine Country’s event being Spring Dozen, the poster features a list of 14 of Mark Kamleh’s favourite wine producers.

The Wine Country co-founder has been waiting for someone to pick up on the mathematical incongruity, but such is the goodwill behind the springtime wine party, no one’s brought it up with him.

“On the poster there are clearly 14 winemakers. It doesn’t matter,” he laughs.

Happening on Saturday, 11 September, this will be the second Spring Dozen event. Last year’s inaugural edition also acted as the launch event for Wine Country, which was founded by Mark and Tasting Australia’s beverage director, Nick Stock.

For Mark, it’s an opportunity to invite a bunch of winemakers to come together and show off the early spring release wines and give wine-seeking members of the public a first taste of the 2021 vintage.

“A lot of [the wine labels] would have had the wines sold out for months leading up,” Mark says.

“So heaps of these producers might not even have any wine to sell… [but] this is the time of the year they’re bringing out new wines.” 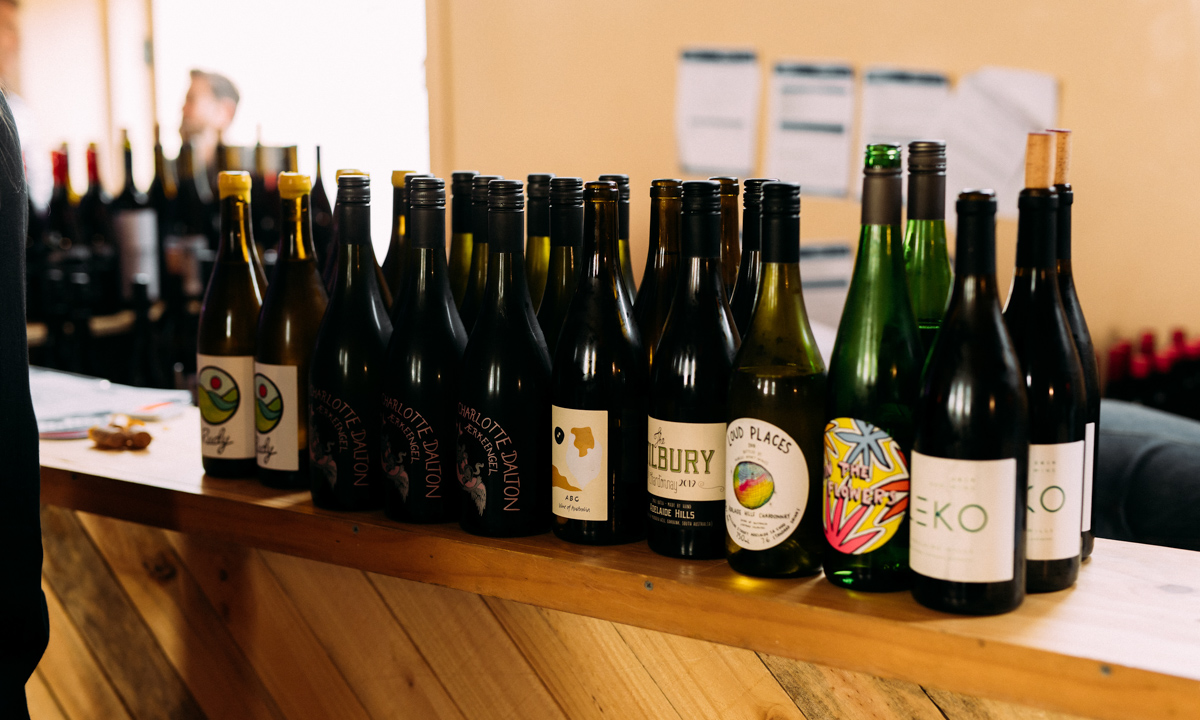 There are many wineries returning to the event from its inaugural year, but there are also some new faces.

“I’m excited to see the new Protero wines. They took over a vineyard, and last year at Spring Dozen they secretly showed wines that were the first wines from that vineyard that weren’t even available yet. So one year on, we’re going to have a few more from them.”

The Spring Dozen music program has changed this year. Hosted at the Uraidla Institute, the event put on bands in its first year, but has opted for solo musician Ollie English this year, as well as a roster of DJs to keep the mood heightened.

It was by force of COVID restrictions that the 2020 Spring Dozen event had punters sitting down and winemakers roving between tables to pour and discuss their wins. The format worked so well, Mark has opted to keep it the same this time around.

To keep things moving, there will be added time pressure on the winemakers in the form of musical chairs.

“The winemakers get pretty passionate and they want to talk a lot about what they’re doing, and they might get carried away and stick around for too long,” Mark says.

“So this year, each winemaker picks a song. We’ll do 14 songs that we’ll put onto a playlist.

“Nick or myself will get on the mic, say whose song it is, and each winemaker has that long at that table. And when the next song happens, they shuffle.

“So that’ll be quite fun as well, to find out what the winemakers want to hear. They can pick whatever they want. Some of them will take the piss and ruin it for everyone.” 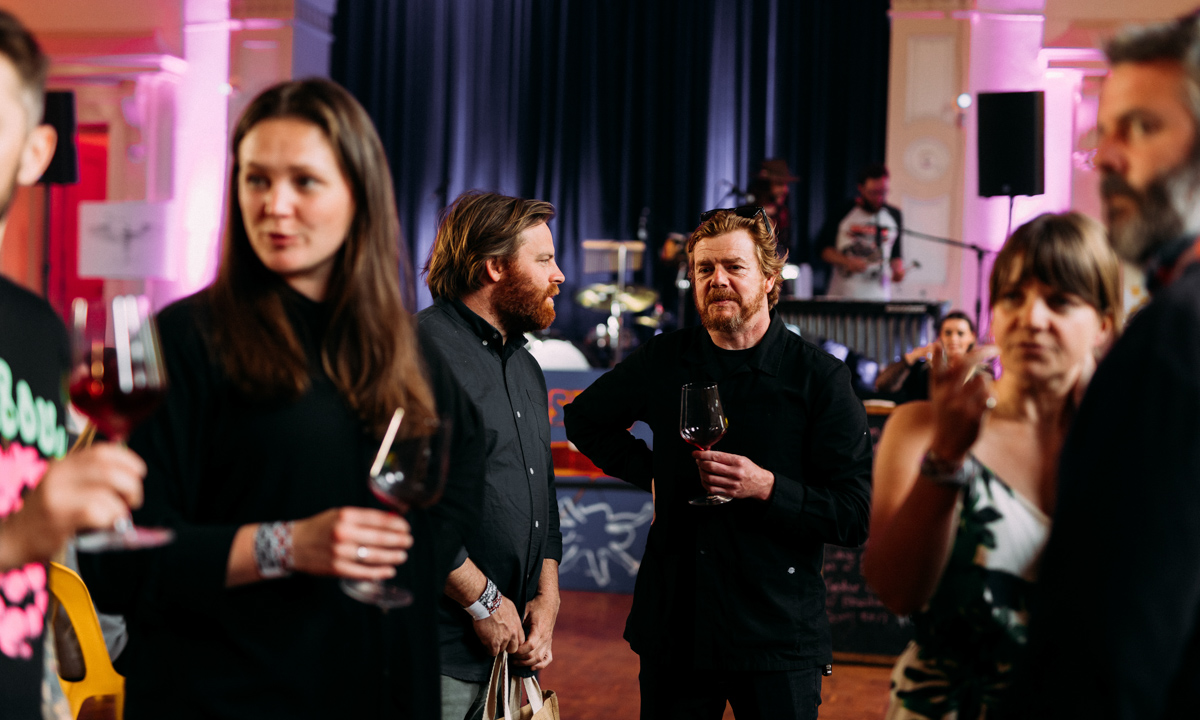 For anyone wanting a break from wine, a bar will be set up backstage, run by Delinquente’s amaro-offshoot brand, Bizzarro Aperitivo.

Food offerings include the Detroit-style pizza brand Square Slice, founded by Lost in a Forest’s Charlie Lawrence, and a collaborative “piña colada porchetta” from Africola and Regent Thai.

The event last year was one of the first public events many in Adelaide could experience, which was exciting and anxiety-inducing for Mark.

“I can’t believe how stressed I was during that whole thing, because we came off the back of six months of not working at all,” he says.

“There was, to me, this importance to nail it, because it was the first version of the thing we wanted to now do all the time.

“It went without a hitch, it was great, but internally it was chaos. In my mind and body, it was a mess.”

Spring Dozen’s return is a meaningful moment for Mark, given it signifies the one-year anniversary of Wine Country. He’s excited celebrate the moment amongst friends and fellow lovers of South Australian wine.

“I’m pretty stoked to do that again,” he says.

For more information and to purchase tickets, see the website.