After pausing its takeaway crowlers at the beginning of the year, the Wheaty’s brewery has upgraded to a professional canning line, meaning longer lasting take-home booze. 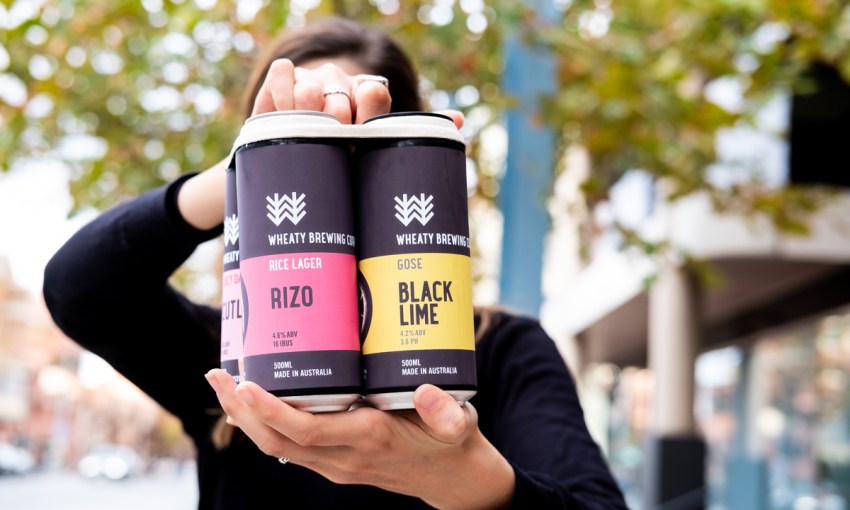 Jade had dismissed the idea of putting Wheaty beers in package since the brewery launched in 2014 – despite vociferous requests from the pub’s punters.

This was in small part due to the practicalities of packaging beer.

Canning lines are neither cheap nor small, and the Wheaty’s brewfloor is just 70-ish-sqm all up, much of which is already occupied by brewing equipment.

Jade noted this development and the idea of canning sometime in the future began to germinate.

It’s easy to ensure Wheaty beers are pouring at their optimum when you can account for the 50 metres the beer has travelled to get from brewery tanks to the front bar.

Putting beer onto the back of a truck, however, means ceding some control to the chaotic wiles of the outside world.

“Letting the beer go out to where we had no control over how it’s conditioned and how it’s looked after is always nerve-wracking,” Jade says.

The forced closure of the pub in March 2020 made Jade much more malleable on this point.

At the same time she announced Wheaty Brewing Corps was available to take home in crowlers, Jade placed an order with Wild Goose for the craft beer canning line.

After more than a year in wait, the canning line has now been commissioned. 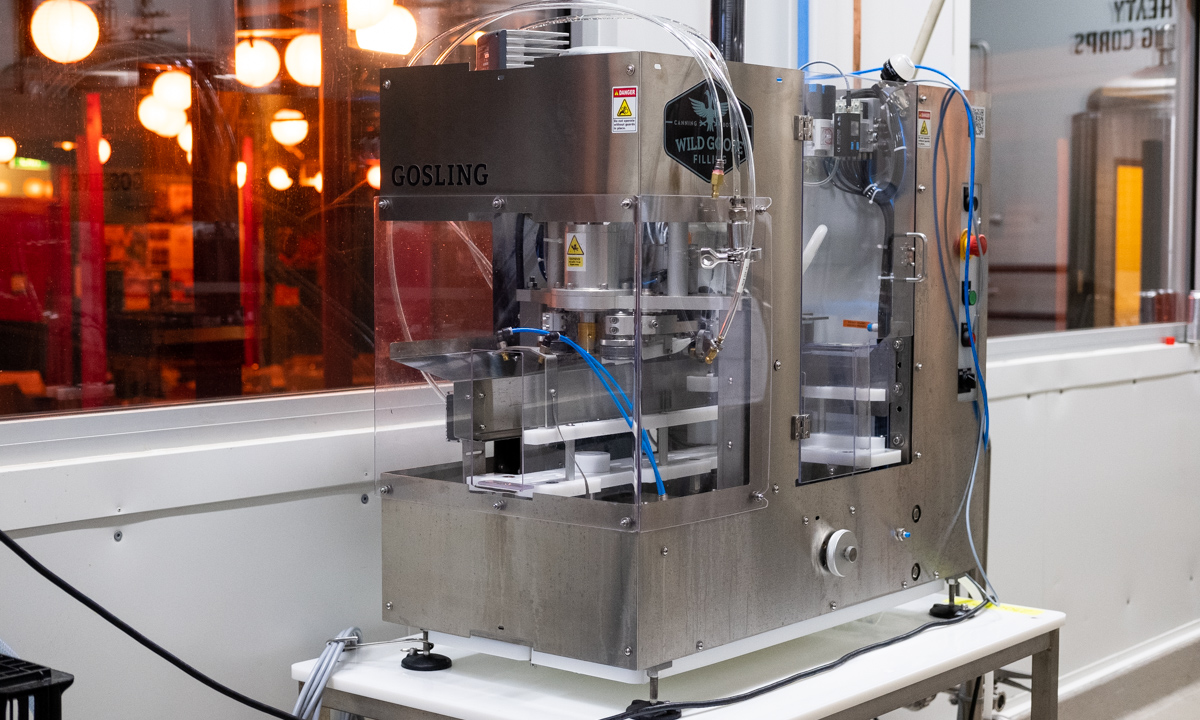 On Friday, 28 May, The Wheaty made available its first four professionally canned beers: the Shiploads porter, Black Lime Gose, the Rizo rice lager, and the “juicy” pale ale Cutlet.

The beers are available for purchase as singles, four-packs, six-packs and 12-packs.

Where the Wheaty’s crowler offering had a suggested shelf life of a day or two, the new 500ml cans can last for months – up to a year if kept under the right conditions.

This is because of the differences between the two canning processes.

In crowlers, the beer is poured off the taps in the front bar, meaning the beer has moved from its fermentation tank, to a keg, through the beer lines of the front bar, and into an open canister.

At every transfer point, there is opportunity for the beer to be exposed to oxygen, which has the effect of naturally degrading ingredients in the beer.

Because of this, Jade noticed bright, hoppy flavours in some Wheaty beers would dull after a couple of days spent in a crowler.

“I liken it to takeaway food,” she says. “So if you go get a takeaway meal, you really want to eat it that day, that night, maybe the next day, but after that the quality is going to diminish.”

Darker, higher-ABV beers fared better, as would saisons, which continue to ferment and chew up residual oxygen in the package.

The Wheaty team took some measures to reduce exposure to oxygen, such as using a handheld gun to blast each canister with a dose of carbon dioxide prior to filling, and overfilling so when the cap is put on and sealed all the oxygen has been displaced. Neither option is completely failsafe. 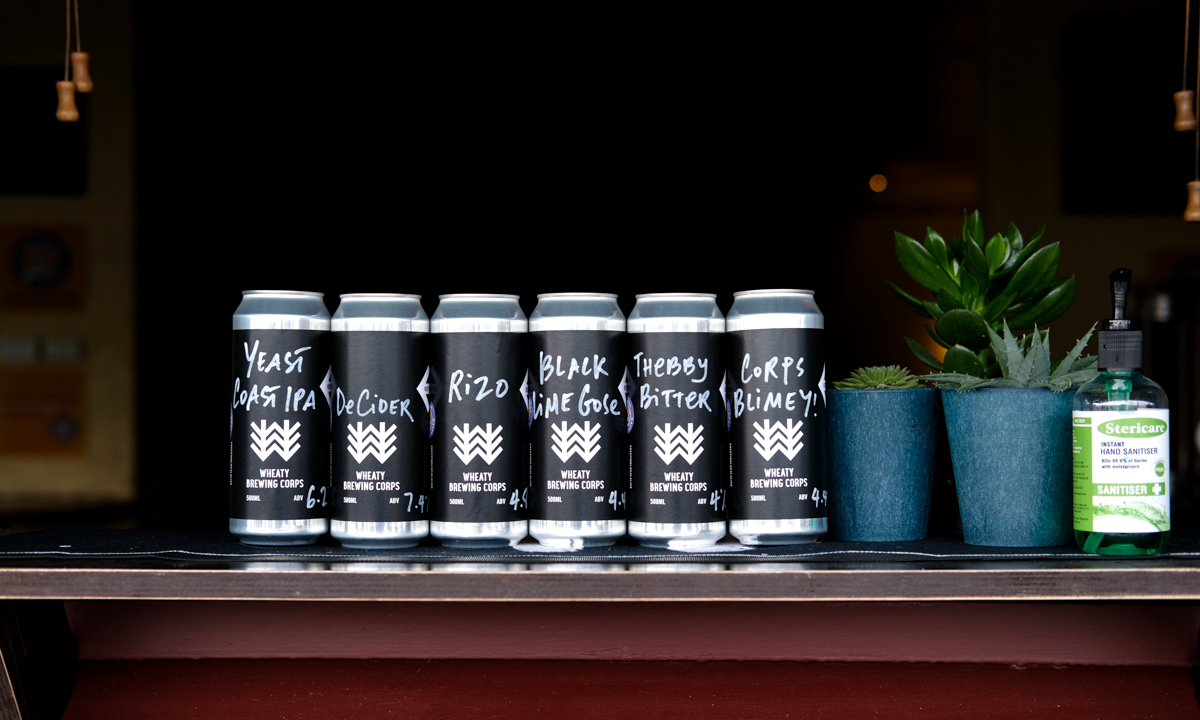 The Wheaty served crowlers up until the end of 2020

With the Wheaty’s new Wild Goose system, called Gosling, the beer comes directly from the fermenter, and is injected into the can after the canning machine delivers a measured dose of carbon dioxide.

The beer is then filled from a pipe that reaches to the very bottom of the can, pushing oxygen out as it fills.

And finally, the canning machine will make a tighter seal on the cap than what can be achieved with the much more manual process of the crowler system.

“The cans will last a year,” Jade says.

“We’re still recommending keep cold, drink fresh – as with any beer – unless it’s a big stout, which, keep it cool, certainly, but you can hang onto it for a long time.”

While Wheaty brewing Corps has launched its professionally canned offering with just four beers, they will add new brews to this lineup on a weekly basis starting next week.

We have it on good authority the Yeast Coast oat IPA will be available soon.

Going forward, each beer the brewery produces will be split between cans and kegs, which Jade says means punters can expect a higher turnover of fresh beer in the front bar, and a constantly evolving selection of cans.

A Wheaty Brewing Corps beer subscription is in the works, which may include some one-off can-only beer releases.

“If there are enough people involved and they’re pretty keen – which I suspect they will be – it can be an interactive thing,” Jade says.

“We can say, ‘Alright, what’s going to be our next release?’ and people can vote on it.”

The subscription service will see the beer transported out of the pub, but Jade tells us not to expect to see Wheaty brewing Corps in bottle shops anytime soon.

“The wholesale prices would be horrendous. Bottle shop managers would have some choice words,” Jade laughs.

“We just can’t compete. It’s still a very manual process, and it’ll take a day to can a double fermenter, and then half a day to label it and package it. It just doesn’t make sense.

“If there’s an event on, then we can send some cans to support that. Never say never, but it won’t be just as a regular wholesale thing.”

For now, you can stop by the Wheaty for a schooner, a chat, and some Wheaty Brewing Corps for the road. 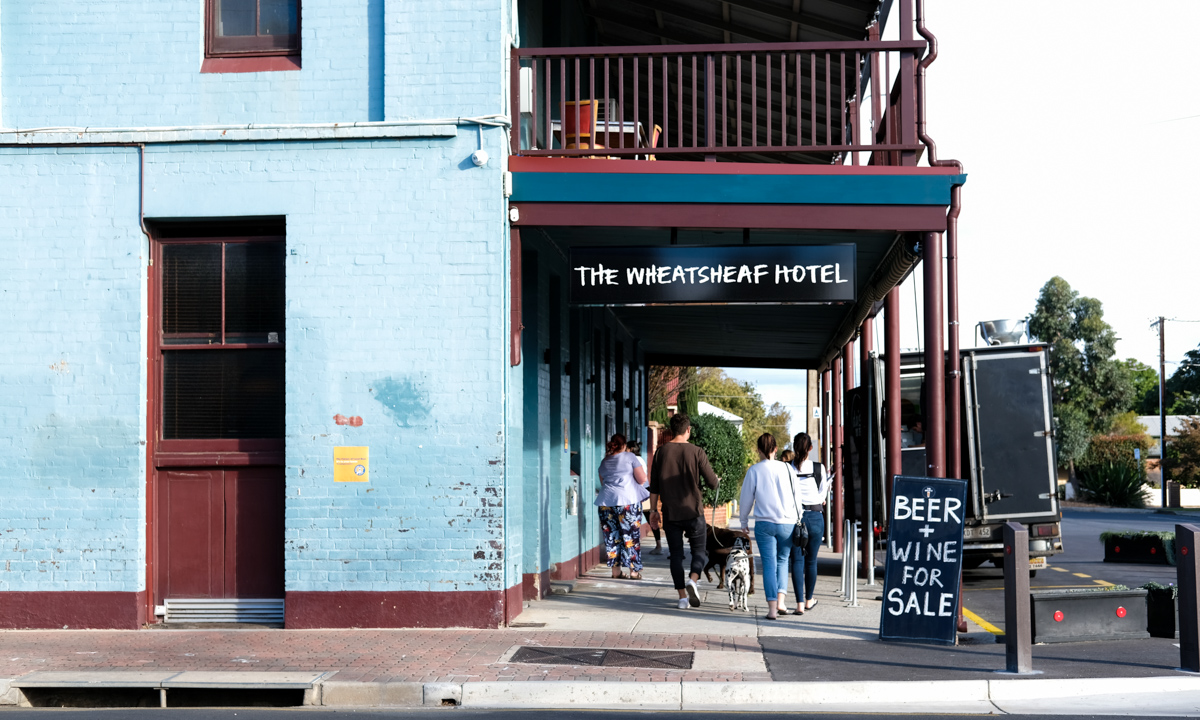