Rum has long been an important part of Hains & Co’s offering, so to celebrate their sixth anniversary the bar is pouring a selection of rum-focussed cocktails. Owner Marcus Motteram talks us through his favourites.

In the 12 months passed since Hains & Co’s last birthday celebration, much has changed in Adelaide’s cocktail scene.

The city went into lockdown, came out of lockdown, weathered trading restrictions of all sorts, and now, almost a full year on, Hains & Co is trading under workable (though still slightly hampered) conditions and is enjoying the benefits of three new neighbours, all of whom joined the neighbourhood in the last few weeks.

“We went from one bar in this little laneway now to four, in a matter of a week. So that’s really good. I’m really excited they’re here,” owner Marcus Motteram says.

“I think a successful hospitality scene throughout Adelaide is good for everyone. If there’s only one or two doing very well, that’s not great.”

Given the events of the last year, and the bar’s new neighbours, Hains has all the more reason to throw open its doors for a sixth-birthday blowout, and is planning to do so with the highest level of fun possible.

Hains & Co’s official anniversary is on 21 February, but Marcus decided to delay celebrations by a week to line up with the full moon on 27 February, so as to appropriately hold a full moon tiki party.

These styles of drinks are the perfect showcase of rum – a spirit that has been of fascination to the Hains team for the bar’s entire life in business.

For Marcus, it’s spirit that has not yet been given its due in a marketplace awash with gin and whisky.

“People sometimes take cocktails so seriously, and that’s what’s wonderful about rum, [is it] is an amazing, serious product, but let’s make it fun,” Marcus says.

So seriously does Marcus and the Hains team take rum, the bar has produced its own spiced rum for years, and they have just started importing a two-year aged white rum in and created their own house styles – like the coconut butter fat-washed rum.

Through Hains events like their sixth anniversary tiki party and rum tasting nights, Marcus hopes to bring rum into the lexicon of Adelaide’s cocktail set.

“It’s just about giving that experience of going, ‘You know what? I feel like a rum today’,” Marcus says.

“I think knowing things and having those experiences gives you that confidence to go, ‘Ok, I’m going to spend now $16-$20 on a quality product. What do I feel like? I feel like a rum. A Jamaican would be good.’”

To help bring CityMag into the world of rum, Marcus served up three cocktails which exemplify what the spirit can achieve in the hands of a talented bartender. 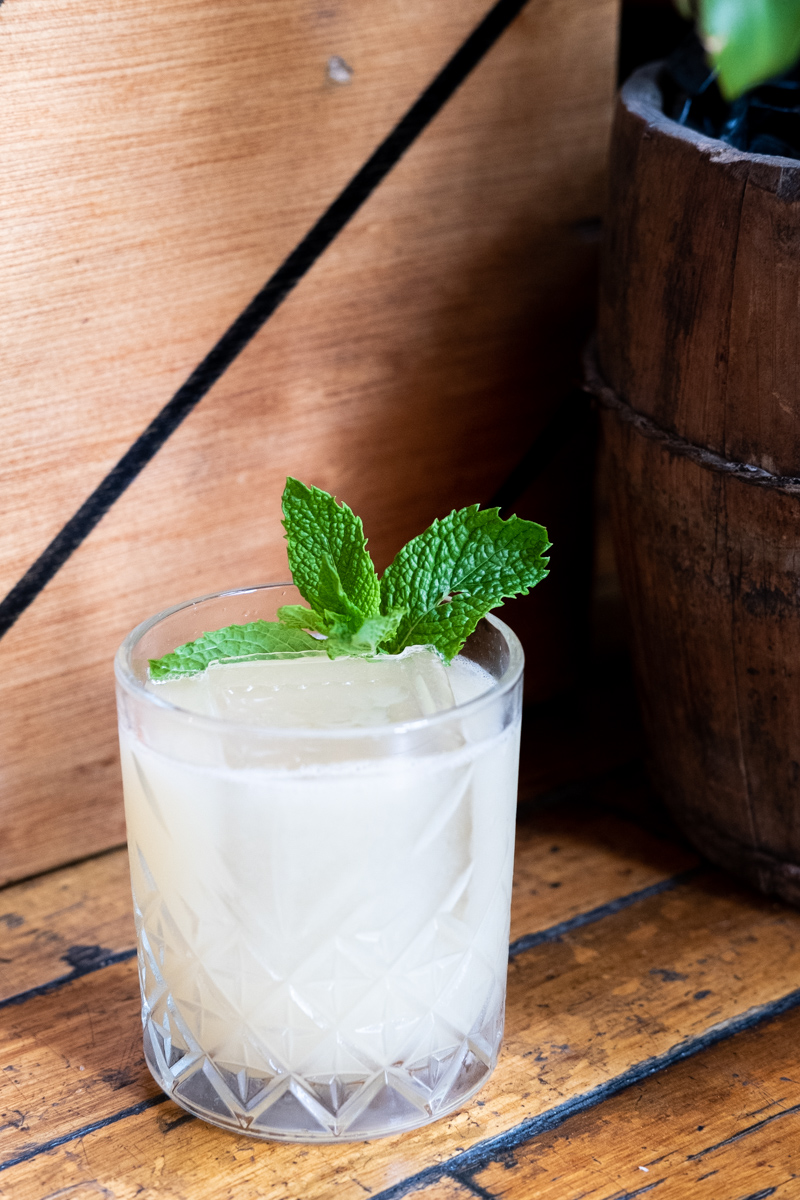 The Mai Tai is a well-loved classic.

Beneath its tasty veneer, though, are layers of hidden complexity.

“It’s just one of those classic tiki drinks that shows off how to create a drink that has such a great split-base of rums,” Marcus says.

The Hains Mai Tai is made with four rums, but this is not so as to knock your socks off.

“People sort of think, ‘Wow, it’s got so many different rums in it, it’s going to be really boozy’ – it’s not about the booze, it’s about the flavour and it’s about what you can create with just rum.

“There’s not really any other spirits you can use which are split-base. You won’t use two different gins in making a cocktail, but in rum you’ll often use two, maybe even three different rums in creating a cocktail, so it makes it very unique that way.” 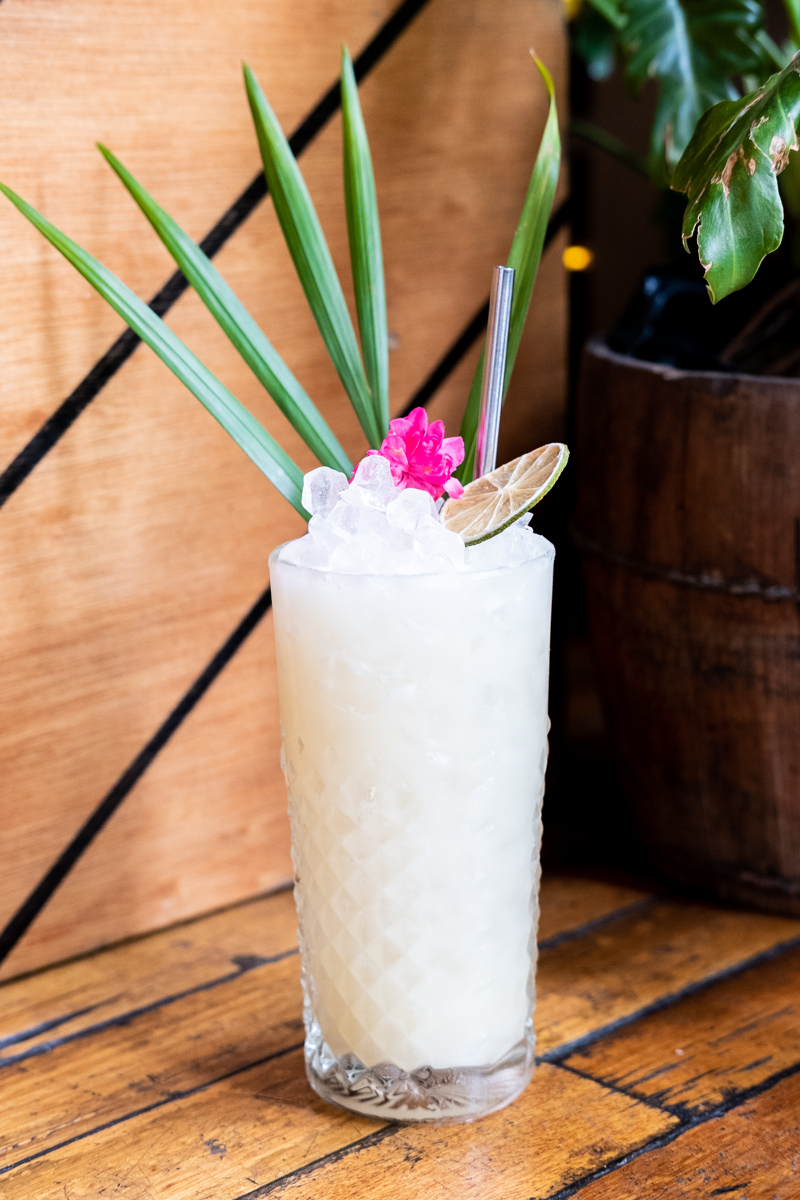 If the sound of a coconut butter fat-washed rum sounded to you like a good time, Hains’ Pineapple Daquiri is the ideal way to experience it.

“The Daquiri is a chance for us to show off the different things we do and the processes we go through in creating something,” Marcus says.

The process of creating the rum for this drink is time-consuming but undeniably worth the trouble.

“We’ve taken desiccated coconut, we’ve put it in this machine, which is really a high-speed food processer, and it breaks it down and gets all the oils,” Marcus explains.

“Then we’ve basically fat washed that in heat, in an ultrasonic machine, so it’s agitating it with the soundwaves as well as the heat to really drive that flavour into the rum.”

The coconut is very pronounced and serves the fruity concoction well. 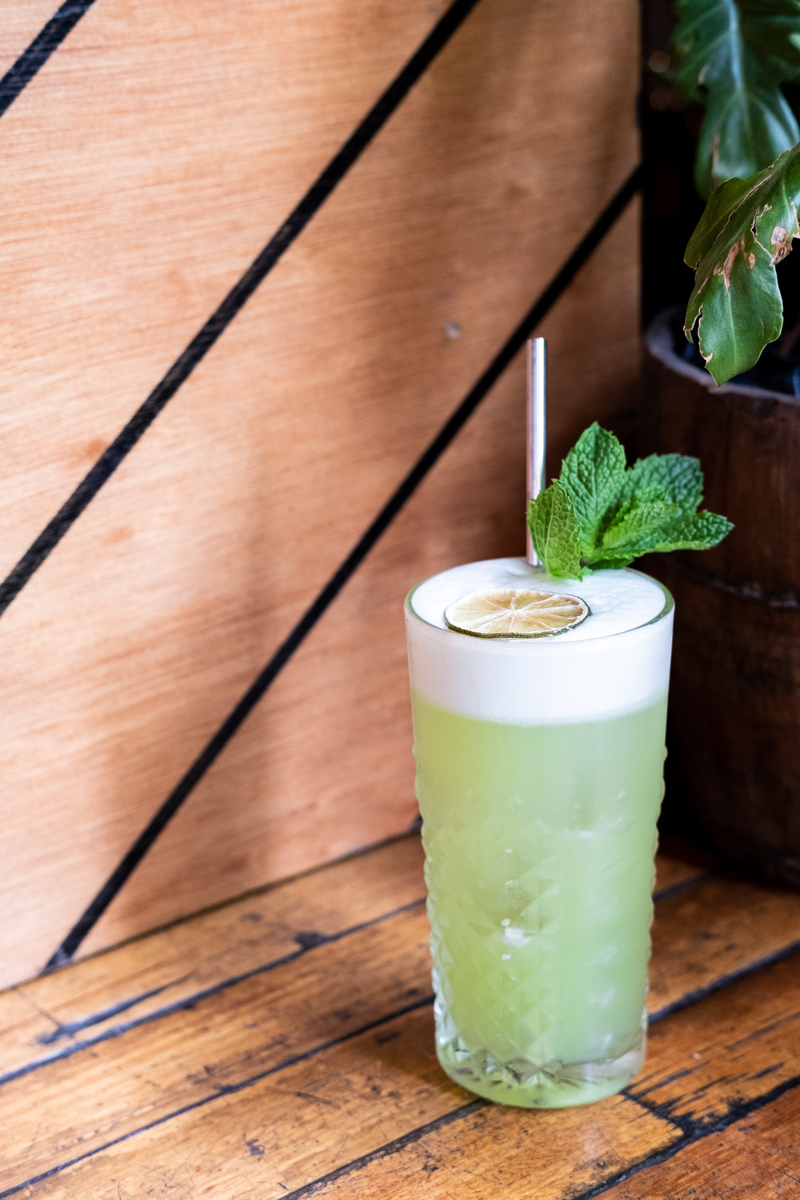 This is a Hains cocktail drawing on the bar’s nautical theme, as well as a touch of nostalgia.

The phrase ‘splice the main brace’, Marcus explains, was used in the navy to signal that an extra ration of gin or rum was about to be distributed amongst the team.

“It was like, great, everyone was celebrating, ‘Alright, we’ve done a good job. We’re going to have an extra ration of this, which is fantastic’,” Marcus says.

The name is also a reference to the drink’s flavour profile.

“This is taking you back to your childhood of having those Splice ice creams, and we do utilise pineapple, honeydew melon, and we mix this up and it’s a great base to be able to work from,” Marcus says.

All of these cocktails – and many, many more – will be available at Hains’ sixth anniversary party, happening on Saturday, 27 February.

Experience the magic of mould-based fermentation at Town Square

Guttered: Behind the scenes