You can now take the Uraidla Brewery home with you

With the recent introduction of a canning line, the Uraidla Brewery is making inroads into the city's beer scene and your fridge.

A lot has changed at Uraidla Brewery since CityMag visited last.

In January last year, head brewer Oscar Matthews had released the brewery’s inaugural beer, the Third Eye Pale, and had scheduled the release of two more for the coming months.

In 2019, the brewery now has 10 beers on regular rotation in the Uraidla Hotel front bar, with all but one tap dedicated to the neighbouring brewery. (When we visit, Coopers Pale Ale holds firm on the sole ‘mainstream’ tap.)

The greatest change, though, has come in the form of the brewery’s canning line.

Because the Uraidla Hotel and Brewery operate as two separate businesses, the growler system most brewpubs operate with (bring in an empty 1.85-litre brown glass jug and fill it with beer) is not possible. But in order to grow the brand’s presence in the local beer market, the brewery needed a take-home option.

“Going into cans has been really good for getting the brand out there. It’s definitely helped pick up a lot of traction for people figuring out that we even exist,” Oscar says.

“[It’s] a fair game-changer, because you’ve got that whole visual representation of when people are drinking your beers, they see the can. It’s not like they’re sitting at a pub in town or something and you just see the glass of beer.”

Seasonal brews Perpetual Purgatory Dry Hopped Pilsner and Forgotten Ritual Unfiltered Pale Ale have been in the market for about a month, and the brewery last week released Lucifer’s Lifeblood American Amber, made to welcome in the autumnal weather.

While the brewery has sold kegs into a number of venues, Uraidla Brewery’s packaged product has also made it easier for the business to participate in local events and extend their reach into venues outside of the Uraidla, with cans stocked in CBD venues East End Cellars and Sturt Street Cellars.

The brewery’s output is quickly approaching half of its 190,000 litres per year capacity, but the business’ growth has been deliberately measured, Oscar says.

“We’re in it for the long haul we don’t want to rush it. We want to make sure we’ve always got enough beer to supply [our regulars],” Oscar says.

“We’ve finally got the brewery pretty nailed down. We’re really confident in the beers it’s putting out now. That was part of the reason we took it slow, we wanted to make sure we got the beers right as well and learnt the system. Now we can start to push the boundaries a little bit with the beers we make.”

Keep an eye on Uraidla Brewery’s social pages for updates on new releases, and if your local bottle shop doesn’t stock their cans, give ‘em an earful. 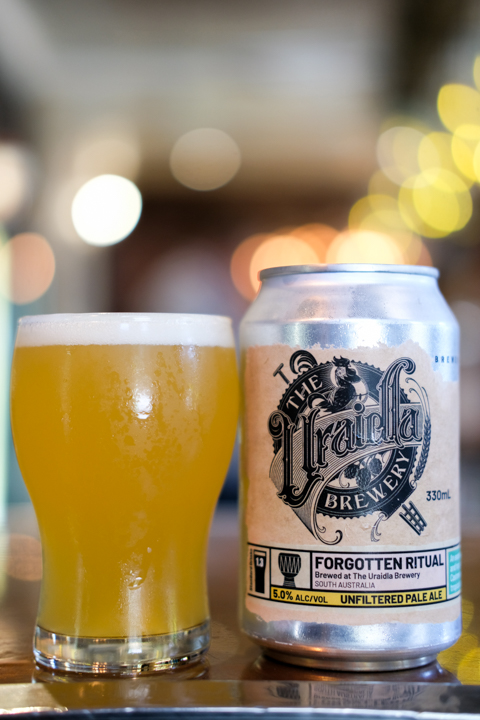 “I like brewing a lot of pales and IPAs as well, so basically I’ll come up with an idea and well throw a whole bunch of different hops at it. This one uses Cashmere, which is an American, and Nelson Sauvin, which is New Zealand.

We wanted something fruity and low-bitterness, but still quite dry and very easy to drink – not big and chewy. It’s pretty different from our core-range pale, so this is nice and soft and rounded.” 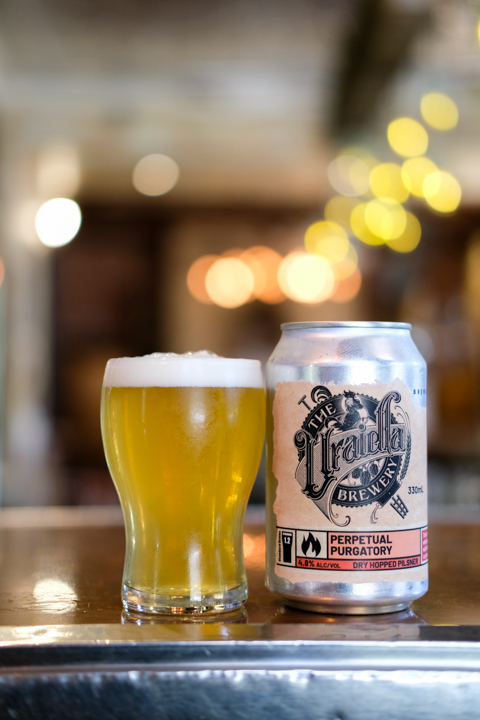 “I really like lagers. A lot of people are doing those super hazy beers at the moment, so that involves partly dry-hopping during ferment and that sort of thing. You get a lot a lot of different flavours out of your beer.

So I wanted to make a pilsner that’s a little bit new-world, not completely classic, new varieties of hops that are still somewhat true to style. Again, that’s why we selected German ad New Zealand hops. We’re using Pacifica and Saphir – Pacifica is New Zealand, Saphir is German.

We hopped it during the ferment. It still pours a little bit cloudy. It’s not super hazy or anything, but it’s still really nice and dry and refreshing, like a pilsner should be, and then it’s got some really nice orange curd, marmalade flavours, quite citrusy and refreshing.”