When Twenty Third Street Distillery opened in Renmark in late 2016, the South Australian craft gin market was only at the beginning of the steep climb that has since seen a plethora of distilleries spread across the state.

It was an intelligent pivot for Bickford’s – Twenty Third Street’s parent company – who initially launched the label with the less on-trend Not Your Nanna’s Brandy, and the distillery has since established a range of three gins, two vodkas, the aforementioned brandy, and their Hybrid Whiskey.

With Adelaide’s gin scene more populous than ever, Twenty Third Street has been hard at work establishing a satellite venue to reach into Adelaide’s CBD and offer a more accessible point of entry for the brand: Twenty Third on Melbourne.

“Renmark is three and a half, four hours away, depending how fast you drive, so people enjoy the product, but not everyone has been out to the distillery to have a tour [and] see how it’s made,” Renee Bezzina, Bickford’s venues manager, says.

“We use roses from Ruston’s Roses just down the road – they pick all the rose petals there, they take them in, the distillers pack them, put them in the tank, so it’s using all regional, local stuff. Just from drinking the stuff, you don’t know that, so coming here, we’ll have our brand ambassadors who can talk you through the process of everything.”

The bar will operate on a producers licence, meaning takeaway bottles can be sold from the premises, but while Renee says the venue will be perfect for afternoon knock offs, the primary focus for Twenty Third on Melbourne will be to exist as an “experience” destination.

Staff will be ready and waiting to educate consumers on Twenty Third Street’s distilling process, and there will be gin flights, gin blending sessions (with custom labelling available), and an oculus headset to provide visitors the opportunity to virtually tour the Renmark facility.

“Having the virtual tour, they can see it, they can look up in the copper pot stills and look around, and see Ruston’s Roses and everything,” Renee says.

“Seeing it on a headset is a lot different to seeing it in real life, so we’re hoping it will encourage people to go and actually visit as well.” 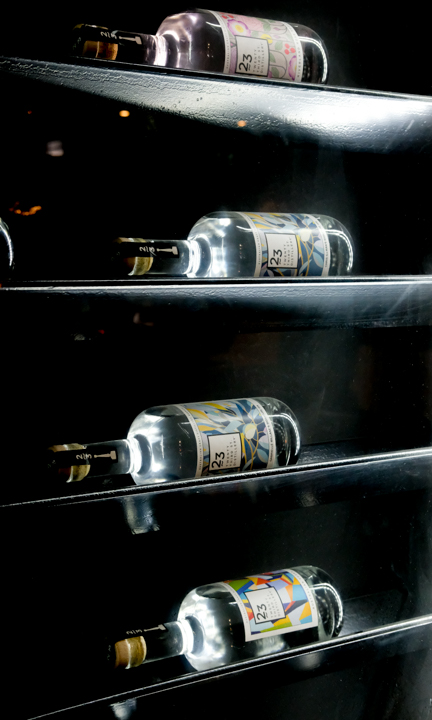 The venue will also feature an extensive range of Bickford’s products and related brands, including recently acquired Vale Ale and Fox Hat breweries. The in-house theme is accented by the mural at the rear of the venue, painted by Julia Townsend, who has also designed labels for the distillery.

With a firm foothold now established (and open to the public from Thursday, 8 November), Twenty Third Street Distillery will now campaign for the hearts of gin lovers throughout Adelaide.