Chef Jonathan Holmes-Ross founded games café The Lost Dice in dedication to the fun and social connection that comes from an afternoon spent huddled around a tabletop board game.

In the space formerly known as Spaghetti Western on King William Street, long-time chef, gamer and former owner of The Artisan Café in Blackwood, Jonathan Holmes-Ross has launched The Lost Dice.

The business operates as a café, offering coffee, local small-batch beer, wine, burgers, chips and snacks, but the heart of the business is in its celebration of board games and communal gaming.

“At the Artisan, we had our main café area, and there was this place at the front, because took over a secondary space five years into it,” Jonathan tells CityMag.

“We were discussing what we do with this space, we’ve got to do something. My daughter actually said, ‘You love games. Why don’t you sell games or something?’

“We opened it up for people to play and have a coffee and look at games and things like that. It was very casual.”

For Jonathan, introducing games was a chance to get out of the kitchen and interact with customers on a topic for which he has a lot of love.

He grew up in a family of games players – “I think it’s an English thing as well; on dark winter nights, you play games because there’s nothing else to do,” he says – and this led to the early adoption of role-playing games (aka RPGs) like Dungeons & Dragons. His love of games persisted throughout his life, so much so that he taught each of his kids how to play D&D early in their life.

“It’s the social interaction, being together, playing together,” Jonathan says of his affinity for the format.

“With D&D, a lot of imagination and playing with things and having fun with stuff.

“My brother, as well, he was a big games player, and we used to play a lot together. It brought us closer together in lots of ways. Unfortunately, he passed away a couple of years ago. We used to play Smash Up a lot, which is a great game.

“And then just playing with the kids; it’s a fun way to get them away from the TV, interacting. It stretches your brain, as well. You’re thinking about different ways of doing things, and all the rest of it. It’s good.” 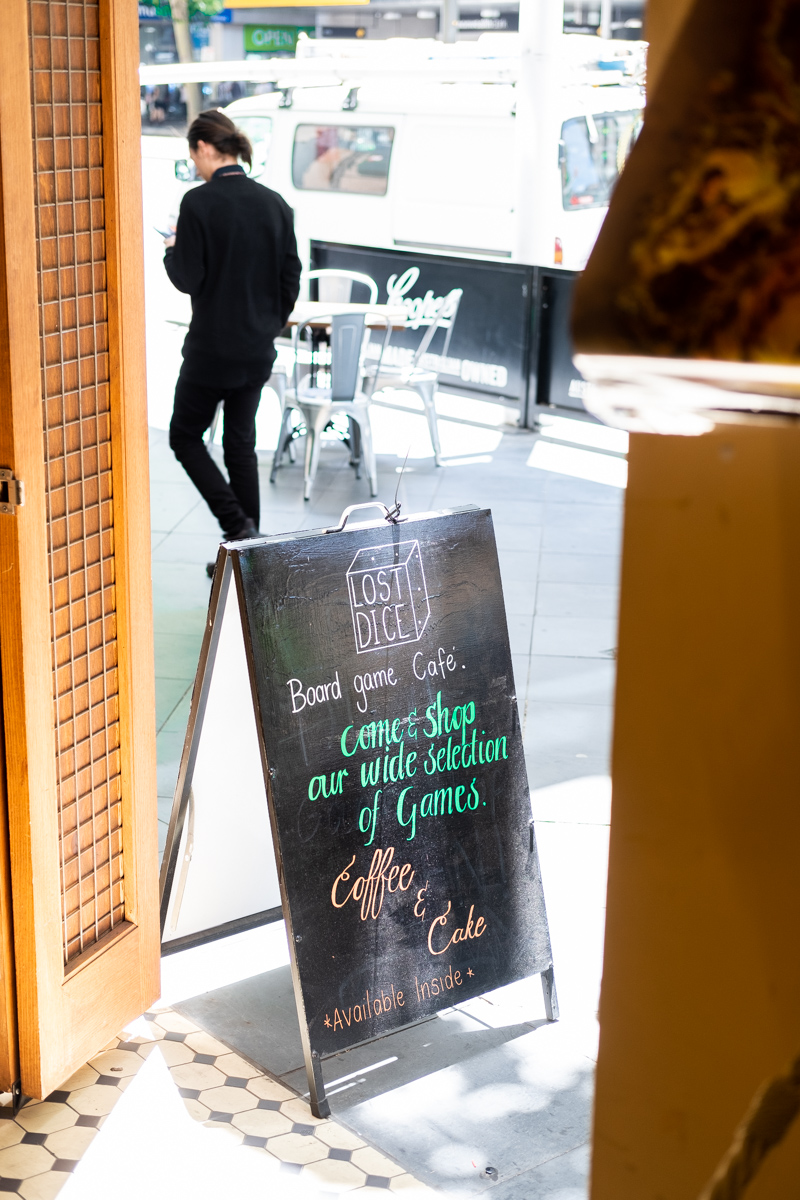 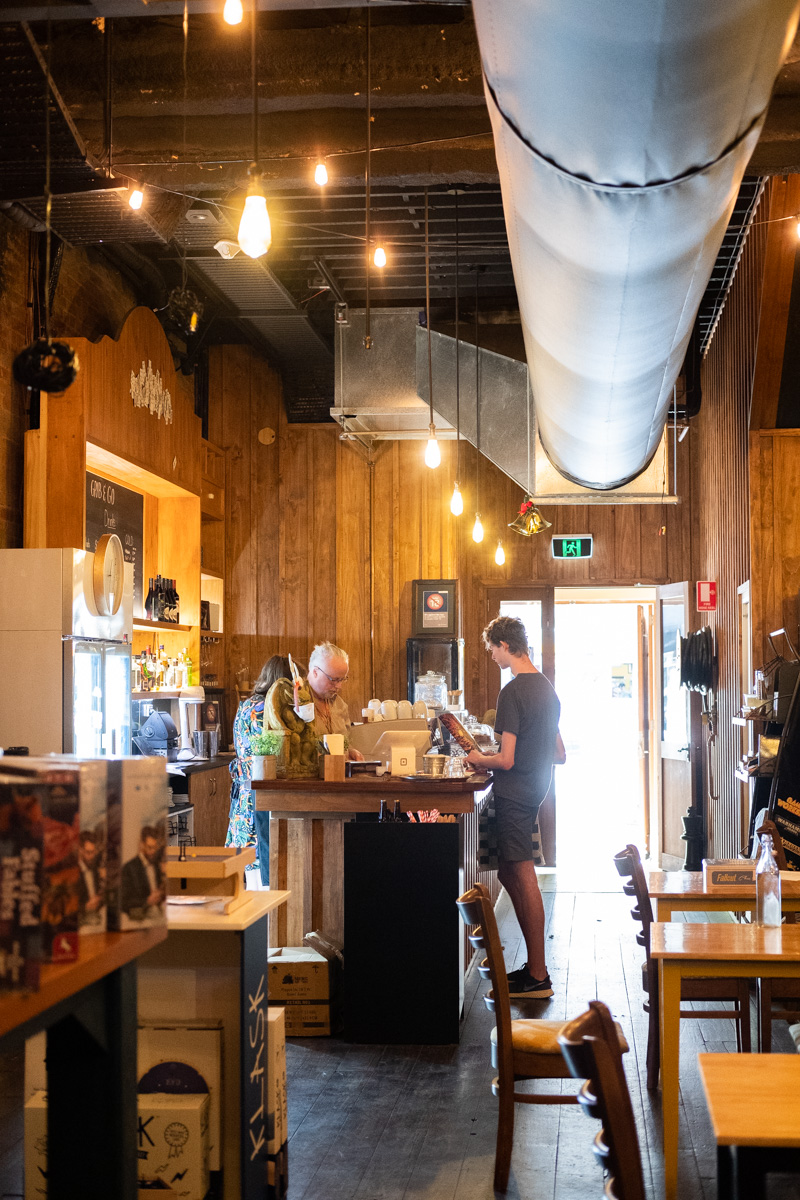 Now expanding the games café concept in the CBD, Jonathan hopes The Lost Dice will become a place where these sorts of intimate moments can be fostered.

“I’m hoping that it becomes a place where people can meet up and play, because there’s a lot of people who actually don’t have people to play with,” Jonathan says.

“That’s the other thing with games, is you meet people as well. I’ve made quite a few new friends through just playing board games with people.

“That’s what I liked when I was at the Artisan in the evenings, we’d open up on a Thursday evening and people would just pop in, and we’d all end up playing a game together. And from that, I’ve actually made three new friends who come in and we play regularly now.” 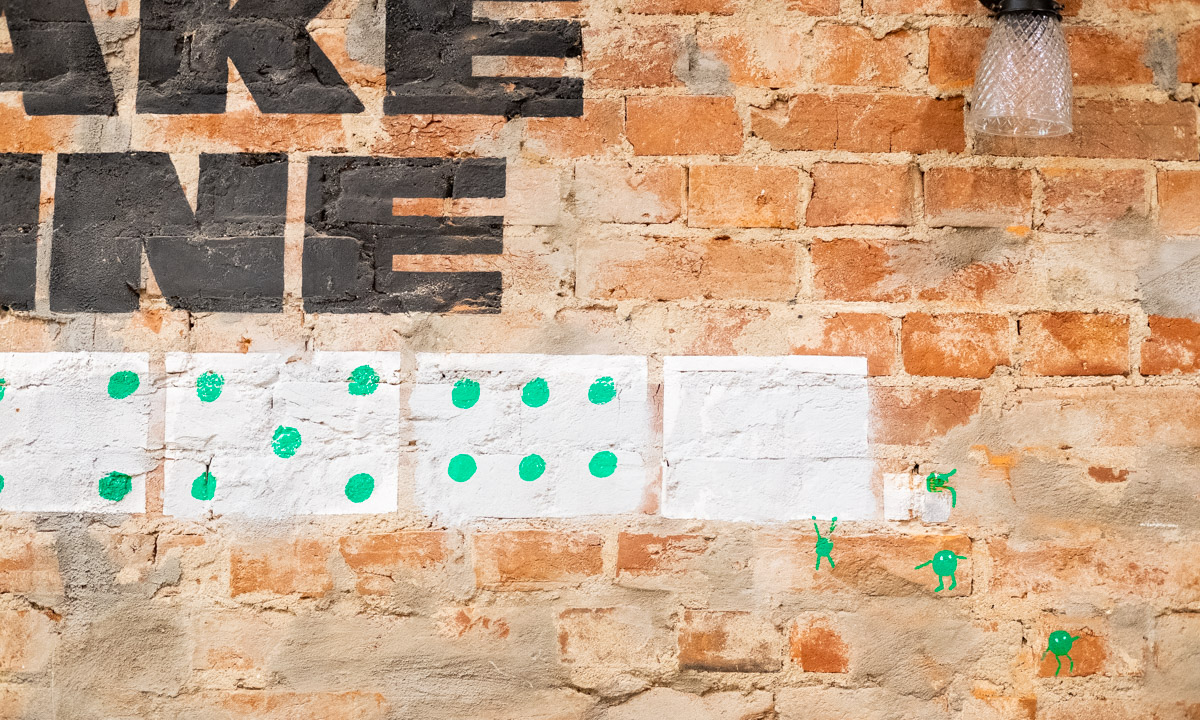 There are a few different ways to interact with The Lost Dice.

At the ground level, the venue is a retail games shop and a café, where people can play some simple games for free, such as “chess and crokinole, things like that.”

Up on the first level, players can pay $8.50 for access to the games library for as long as they like. There are around $15,000 worth of games in the library currently, but Jonathan hopes to get it up to around $50,000.

There are also annual memberships available, which will grant you 12 free passes to the upstairs games library throughout the year, a discount on games bought in the retail shop downstairs, and access to meal deals from the café. You’ll also get to crack a new game from the retail store to be placed in the library, and write your name on it.

The Lost Dice will also host classes and workshops, like the introductory Dungeons & Dragons classes, which will be hosted by Jonathan’s son, Adelaide artist Jake Holmes. Jonathan also plans to host dice-making classes for those further along in their RPG journey.

Mostly, though, the space is about spending time with friends.

“The interest is certainly there. There’s certainly a lot of people looking for a space like this,” Jonathan says.