For winemakers Charlotte Hardy and Ben Cooke, moving out of Basket Range wasn't an easy decision to make, but a necessary one to ensure the right work/life balance in their demanding industry.

Over the weekend just gone, Charlotte Hardy and Ben Cooke broke in their new co-habited cellar door, The Joinery, in a large shed next to De Groot Coffee in Port Elliot.

It was the first time either of their brands – Charlotte Dalton and Cooke Brothers Wines – had existed in cellar-door format, with both winemakers welcoming guests into the space and taking the opportunity to tell their stories first-hand.

“It’s been quite enjoyable,” Charlotte says, “because you hear things about your brand 15th hand or whatever, and that comes back to you and it’s just the weirdest stuff and so not true,” she laughs.

The Joinery’s tasting room is just the latest step towards a larger lifestyle overhaul for the couple, who originally bought a property in Goolwa around three years ago.

This was at a time just after Charlotte and Ben’s first child, Ada, was born, and they found they were spending more and more time by the ocean and less time at the property in Basket Range where they lived, and which they were contracted by their landlord to care for.

Amid the vintage of 2018, both winemakers found they’d stretched themselves beyond the limits of what they could comfortably achieve across the many responsibilities they’d accrued: looking after a young family, caretaking the Basket Range property, managing both their brands, Charlotte working full-time as a consultant winemaker, and Ben working full-time for a Hills-based vineyard management company that spanned as far as the Coonawarra.

In November last year, with a second child on the way (Sam, who contributes to our interview by blowing a series of raspberries), the couple decided to streamline and consolidate their personal and professional lives.

They packed up and moved out of the Hills to their Goolwa property, both quit their jobs, and started thinking of a way to bring their brands along with them.

“We were making wines in three different wineries… so we needed it to all be in one place,” Charlotte says. 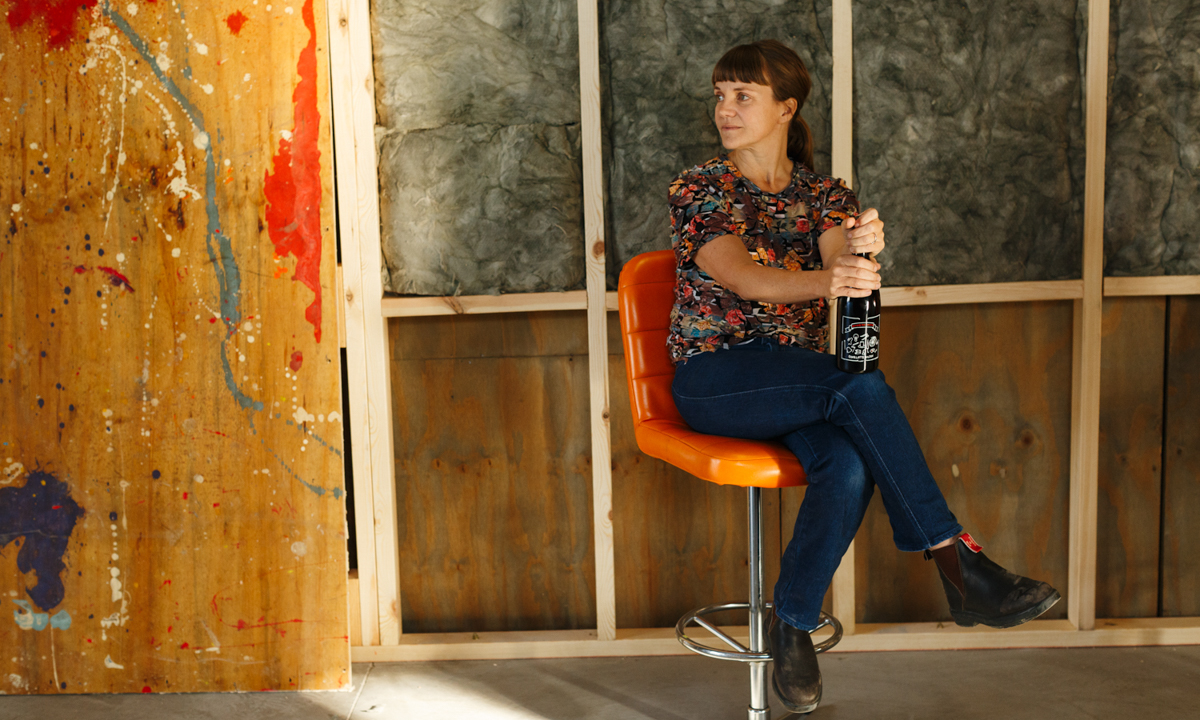 While having coffee at De Groot one day, Charlotte and Ben started thinking about the potential for bringing something to one of the sheds neighbouring the café and roastery. That thought quickly evolved into a message sent to the owners of the property, and then a lease signed in July this year.

“Once we got the shed, everything just fell into place. It was just incredible. So here we are in our lovely new little home,” Charlotte says.

The Joinery’s tasting room will operate from 10am ‘til 3pm Friday through Monday, and the offering will evolve as the locals deem necessary – with occasional weekend and evening events planned for the future.

Predominantly though, Charlotte and Ben want The Joinery to be seen as casual, family-friendly and non-intimidating venue.

“Walking into a cellar door can be quite intimidating sometimes, when there’s a big bar and there’s someone standing there waiting to tell you how amazing their wine is, and it can feel like you’re meant to know something about wine before you walk in. We don’t want that at all, we want people to come in and hang out and just be a comfortable space,” Charlotte says.

“We want it to be a space where people come and they can sit at the bar and talk to us about wine, and we can tell them anything they want to know about our brands, or they can buy a glass of wine and sit and drink it and read a book.

“We’ll do a bit of live music on the weekends occasionally. The Fleurieu is full of amazing places, and it’s just one more.” 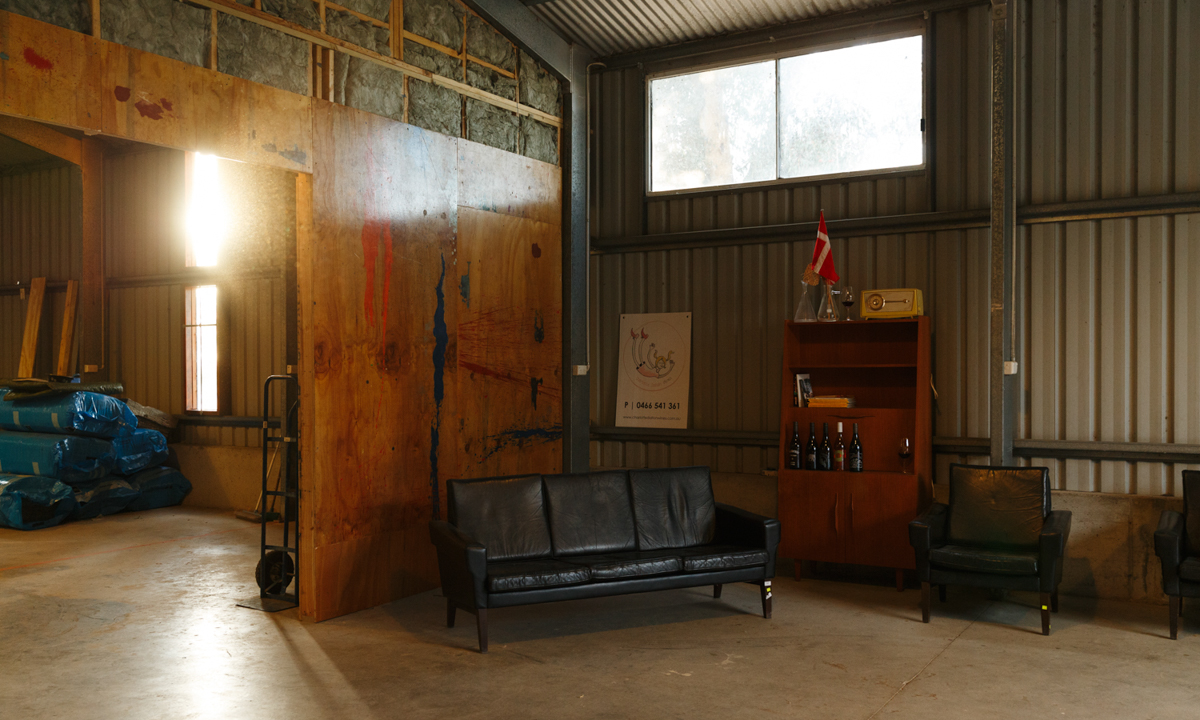 Plenty of room for a bit of live music

The Joinery will also see Charlotte and Ben work together in a professional capacity for the first time (other than small batch experiments made in their shed at Basket Range), producing short-run cellar-door-only wines under The Joinery banner.

And while Charlotte maintains that her core wines under the Charlotte Dalton label will remain unchanged (“It’s the dirt that it grows on, it’s the growers and the vines, to me, that makes my brand. It’s still going to be the same fruit,” she says), both she and Ben are excited to start playing with fruit from their Fleurieu neighbours.

“Part of being a winemaker is the search for new varieties and new regions,” Ben says.

“You’ve got Brian Croser with his Foggy Hill vineyard out at Parawa that’s he’s been making wine from for a long time. Certainly some very good pinot comes from that vineyard. You’ve got some very good shiraz growing just up in Finniss here.”

“It’s like a blank canvas for me,” Charlotte says, “so I’m excited to get out there and make the relationships first with the growers, and then see what’s around. I can’t wait.”

Fans of the Charlotte Dalton and Cooke Brothers brands will likely see first instances of the Fleurieu’s influence in early release wines from the upcoming 2020 vintage. 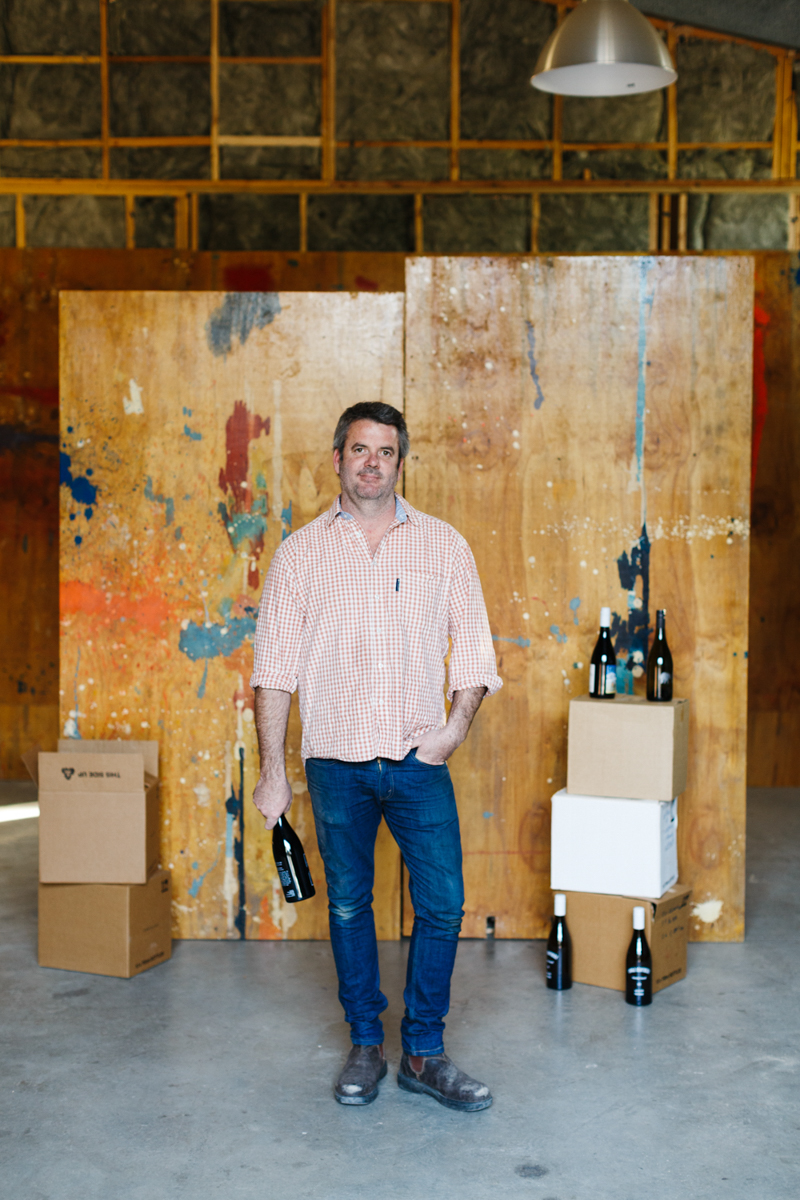 While the move out of the Hills seems common sense to the couple now, the three-year process of fully extricating themselves from the region is evidence the decision was not easy to make.

“The whole time I was there I was trying to buy it, but it was a bit of a complex situation,” Charlotte says.

“I think we so desperately wanted to buy Basket Range and to have a winery there, but in reality, where we were situated, we would never have got approval for a winery there… and we would’ve had to have worked full-time for the next 100 years to pay for it, so I think it was just that unrealistic [idea].

“And we knew that we wanted to quit our jobs, which is such a big call, isn’t it? To support our two fledgling brands in the wine industry – which is not known for making lots of money – and we couldn’t have done that without our lovely tiny mortgage down here.

“It’s worked out well, because it’s meant that we’re not working, so we can focus on our brands, so that’s helped them grow and the wine get better, and focus on the children.

“I feel like I’m dreaming sometimes. It’s been amazing. We’ve been lucky.”

The Joinery opens Friday through to Monday from 10am ‘til 3pm. Keep an eye on The Joinery’s Facebook page for updates on special events. 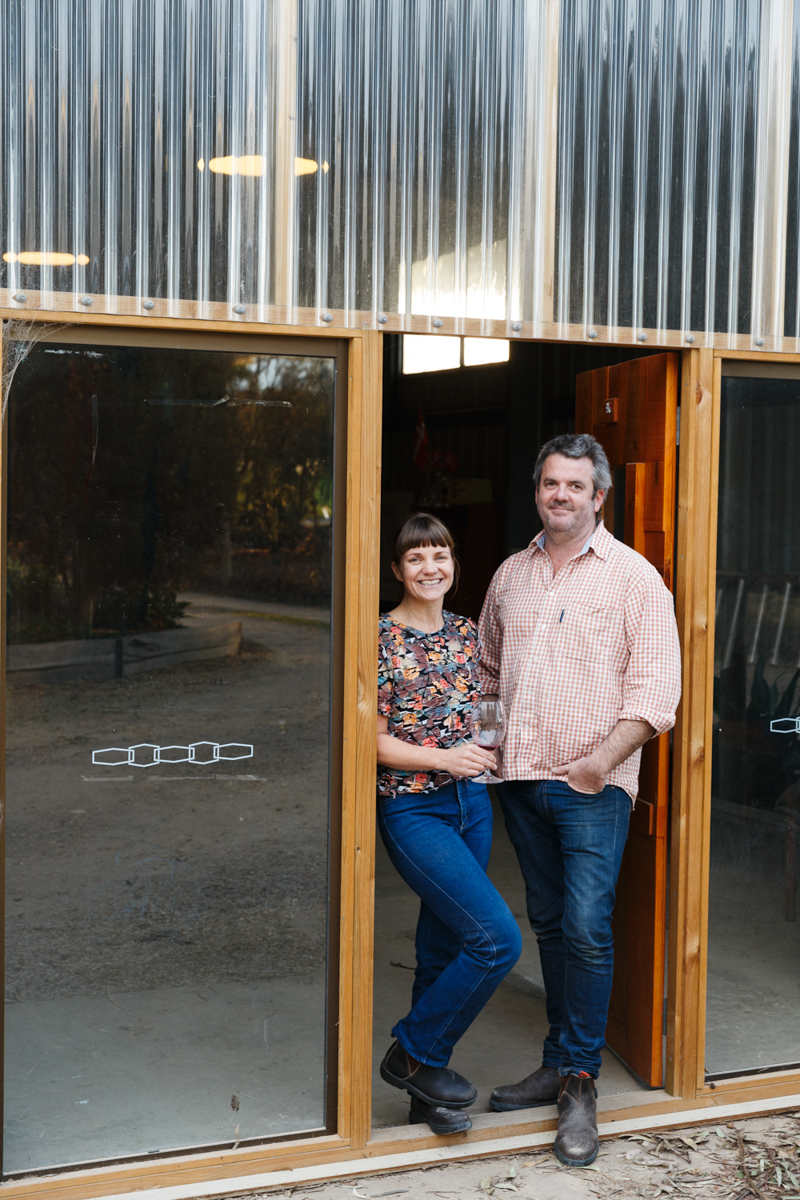