The evolution of El Estanco

Greenock's favourite Colombian eatery has moved from its original premises, setting up across the road at a much-expanded property with an evolved and multi-faceted offering, slated to open this September.

On a bright winter morning in early August, CityMag has found itself an hour from the CBD, in Greenock, where the sun is shining valiantly against the bitter air.

We pull up out front of El Estanco, the small, currently closed café on Murray Street, and cross the road to a much larger 1890s-era general store, which, until recently, was all but abandoned.

Come September, this site will be the second iteration of El Estanco.

Julian Velasquez, El Estanco’s founder, meets us at the door, and our tour of the vision he and his partner, Abby Osborne, have for the place begins.

The site was nothing but potential when the couple purchased it. Or, put simply, “a ruin,” Julian says, smiling.

Beneath layers of Gyprock and discoloured additions of decades past, an abundance of character within the building has been exposed.

A mishmash of red brick and bluestone walls now envelope the space, original fireplaces have been reinstated, and structural additions built in the ‘70s and ‘80s knocked down and reconstructed in modern tones – deep green ceramic tiles, concrete floors, black steel and glass.

This space will house the casual café and restaurant offering, where most drinkers and diners will congregate at tables and banquettes and order over the bar.

One room over there will be a small providore-style shop, stocked with coffee, tea, ceramics and a range of other locally produced items.

At the opposite corner of this main structure, in a space that was once an undertaker’s room, a coffee roaster is set to move in, with plans to not only supply the café, but also to hold coffee training and cupping nights. 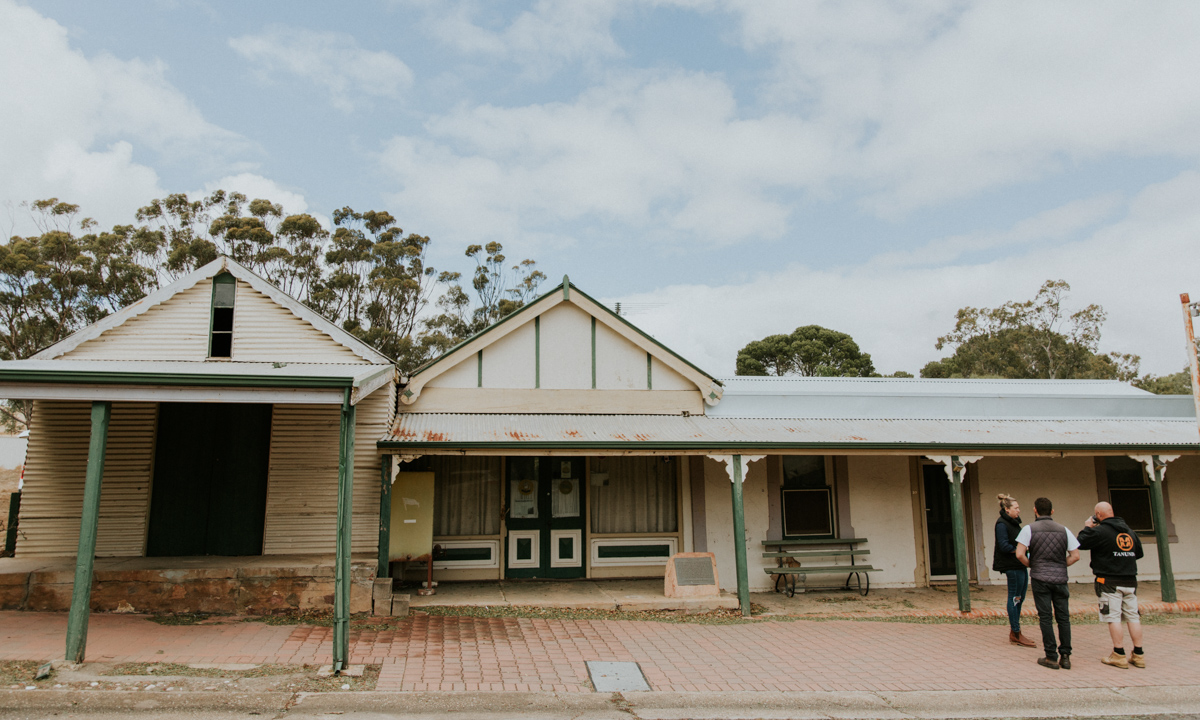 The new El Estanco, before its revitalisation

Behind the building, but connected via the addition, is the new El Estanco kitchen – a much larger operation than Julian and Abby’s four-burner stove across the road.

A charcoal section is yet to be installed, as is the kitchen’s pass, but the ambition is clear – there’s a lot of gear, mostly collected in the centre of the space, and skirted by windows.

“We did it purposely to be open,” Julian explains, “so there are no appliances against the wall, so you can still be in the middle, but have a beautiful view that is a cross view for customers as well.

“The cooking is going to be a little bit more hands on, traditional, stuff people used to see more in the old kitchens, rather than a modern one. These days they just press a button and a timer and walk away.” 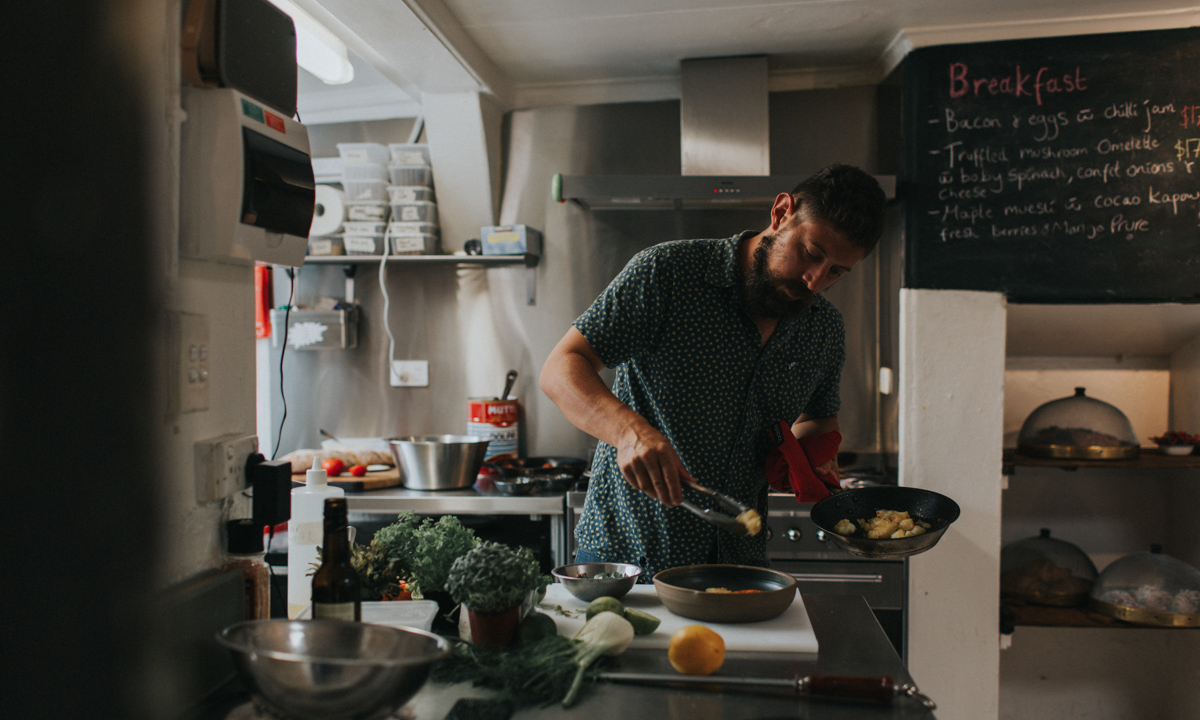 The food offering at the new El Estanco will build on what Julian and Abby – who are both trained chefs – were doing across the road.

The menu has always drawn heavily from Julian’s homeland of Colombia, and will continue to do so, with the chef’s second in command being another native Colombian, Verónica Tobón Arango.

“She understands the cuisine, because she grew up with it,” Julian says.

“That’s already a big asset to have in there for us, just to have that second person in the kitchen who understands not only how to run a kitchen, but, culturally, how it’s meant to be.”

The original El Estanco had a four-item list of dishes, written on a chalkboard, which would change at the whim of the seasons.

“Just for Julian’s sanity, we’re going to have a bit more structure around [the menu],” Abby says.

“But it’s still going to [be] very restricted… evolving, changing specials constantly, so we can tighten up what we used to do,” Julian adds.

Abby reassures us “firm favourites”, like the chilaquiles, will be available once again at El Estanco II. 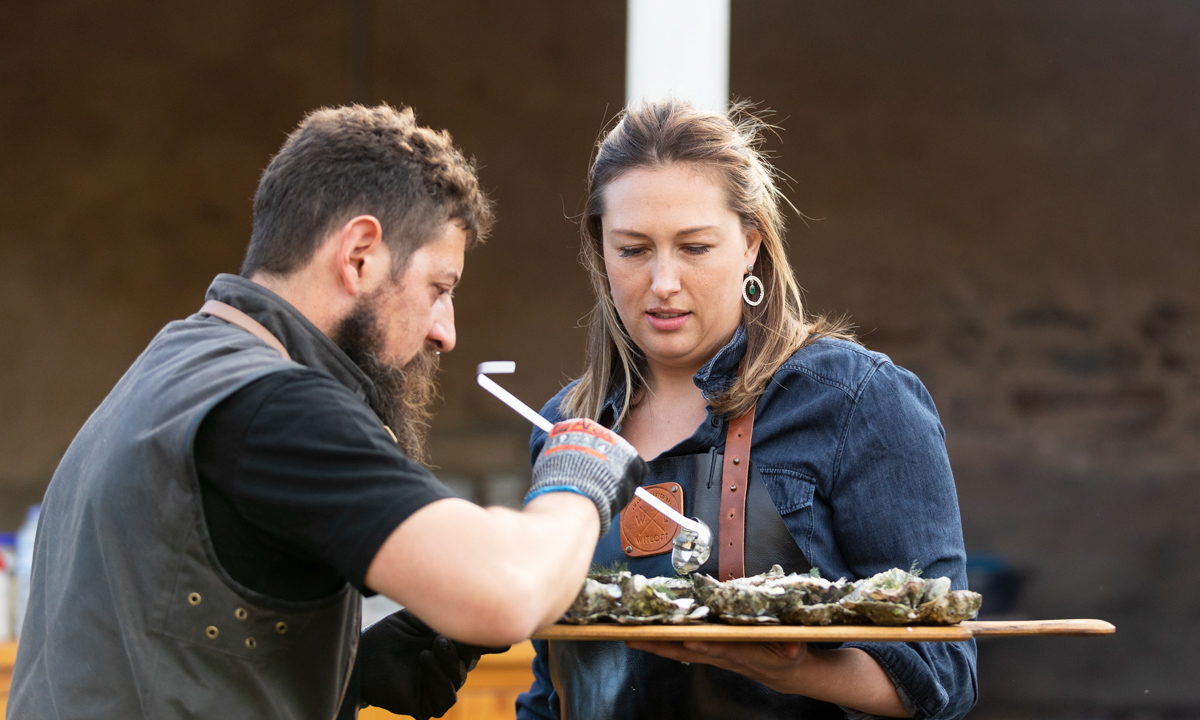 Julian and Abby at work

The extra capacity of the kitchen will allow Julian and Abby to continue to pursue their paddock-to-plate ethos, which was difficult to fully implement at the scale of the old shop.

In addition to being a qualified patisserie chef, Abby also holds agricultural science degrees. Her family owns a farm in Eden Valley, where they’ve raised and slaughtered cattle, pigs and lamb for special events, like last year’s Subterranean Supper Club during Tasting Australia.

Creating a true paddock-to-plate experience at El Estanco is a long-term goal.

The new El Estanco kitchen has also been kitted out with baking equipment, adding a panadería arm to the business.

“Initially, it just has to be a small offering – bake enough bread that we can serve with breakfast, and have the additional extra loaves sitting there for people to takeaway,” Julian says.

“Julian and Verónica [will] be bringing in some South American treats in as well,” Abby says. “Oh god, the bakeries over there are amazing.”

The kitchen looks out on an outdoor dining area, from which a path leads towards the back of the property, through a garden and nature play area for the kids (including Abby and Julian’s own), past an enormous fire pit (“If Julian feels the need to one day put his big cooking equipment down here, he can”), and up to a barn fitted out for functions.

All up, the venue will seat 200 people for events, but on a daily basis they plan to limit the restaurant’s capacity to around 60 people.

There is no set launch date for the new El Estanco, but Abby and Julian say they’ll pop an ‘open’ sign out front sometime in early September. 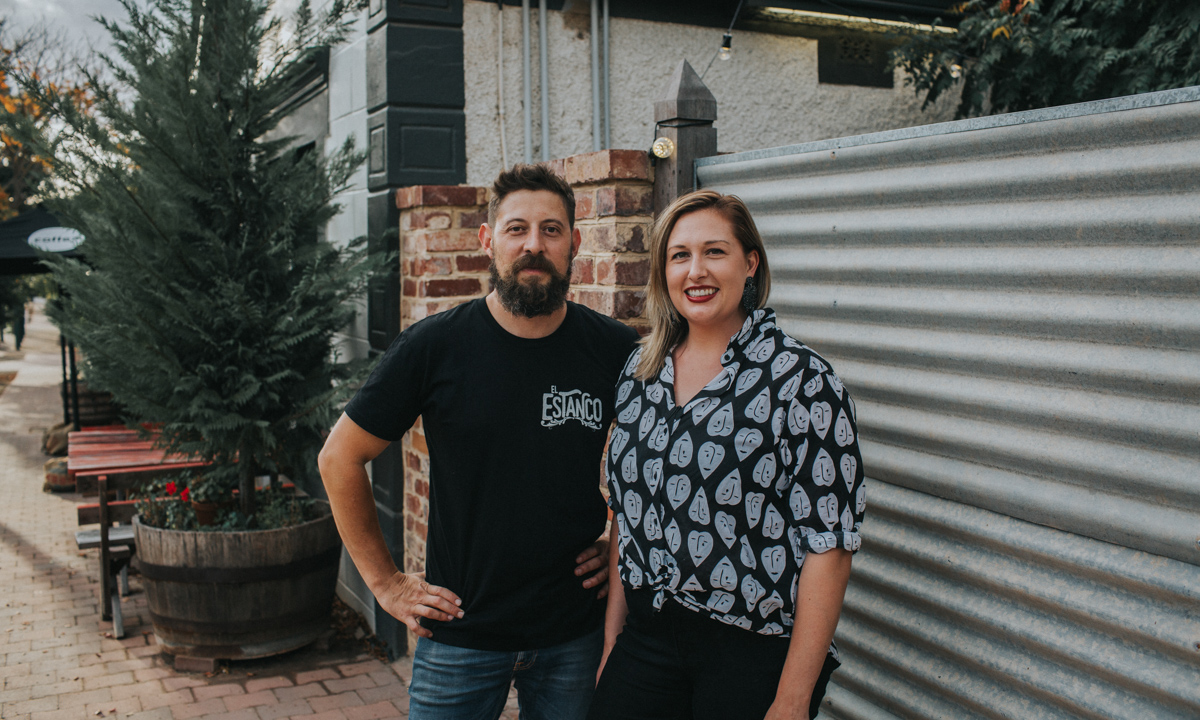 This new version of the business is more multi-faceted than its original incarnation, but closer to what Julian had always intended. To illustrate this point, he explains the name El Estanco.

“It is a place in South America where you can go and buy anything. Country town grocery store type of thing,” he says.

“It evolved from the colony times, basically the same story as the general store. You walk in, you can buy a roll of toilet paper, a saucepan, a croissant, sit down and have a beer, and sell a pack of corn to the store.

“It’s that same concept of, let’s go there, gather, get fed, drink, buy some provisions, have a good time, mingle with people, and go.”

El Estanco II is scheduled to open in September. It will open seven days from 8am ‘til 4:30pm, and will trade into the evening on some Friday and Saturday nights.