The District is a microbrewery and beer hall within SkyCity

SkyCity’s has partnered with Pirate Life to produce an indoor/outdoor beer hall and brewery, producing specialty brews alongside a beer-focussed menu. 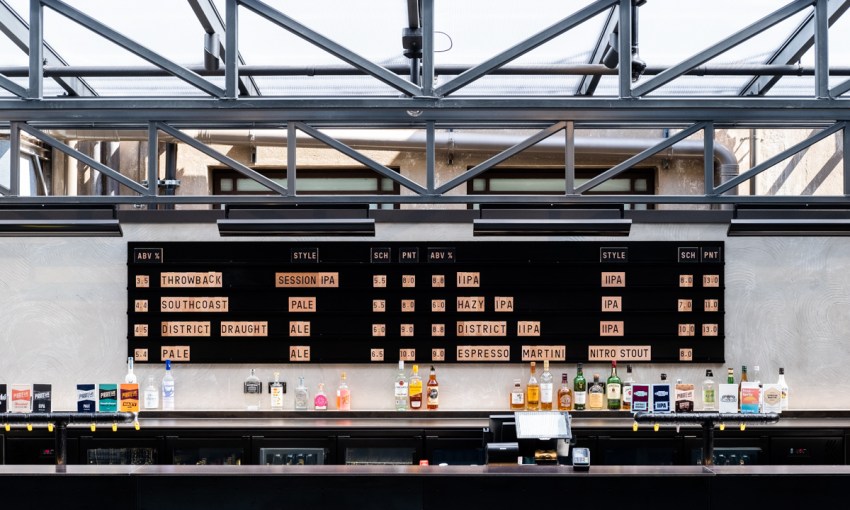 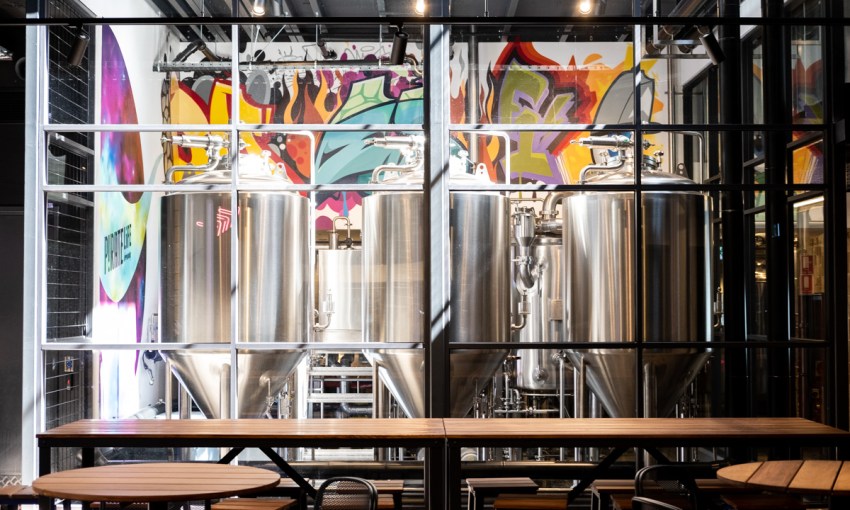 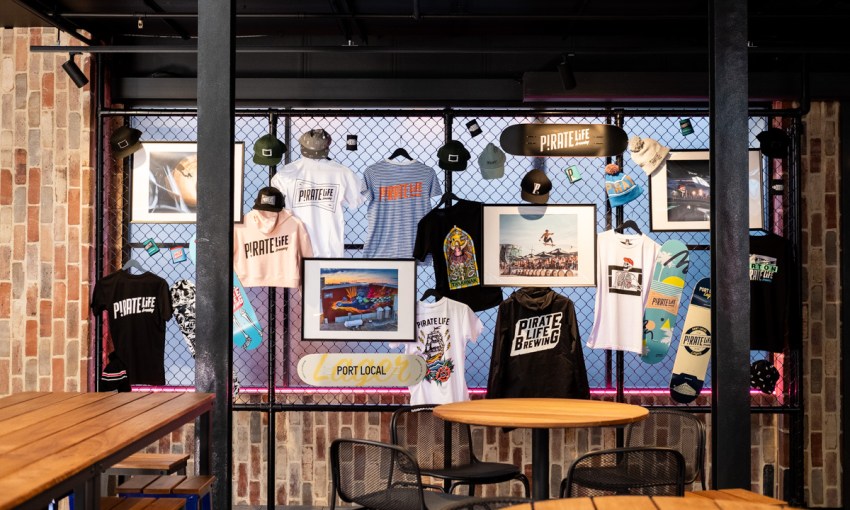 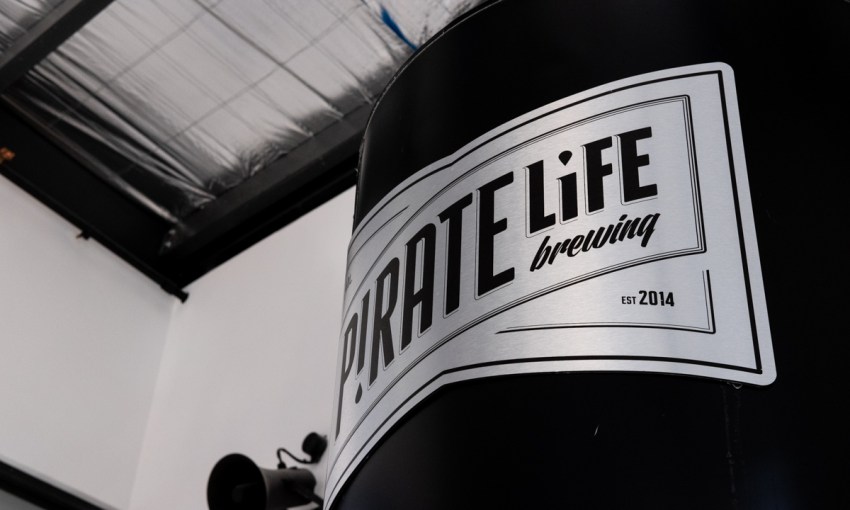 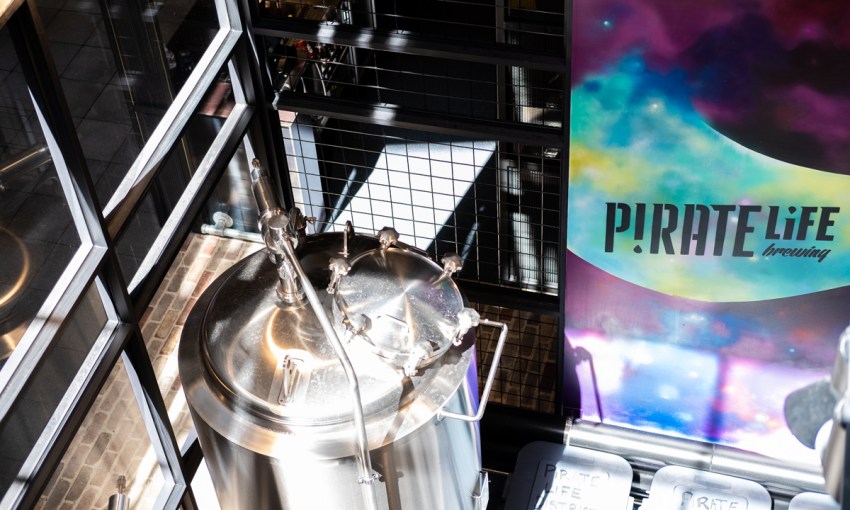 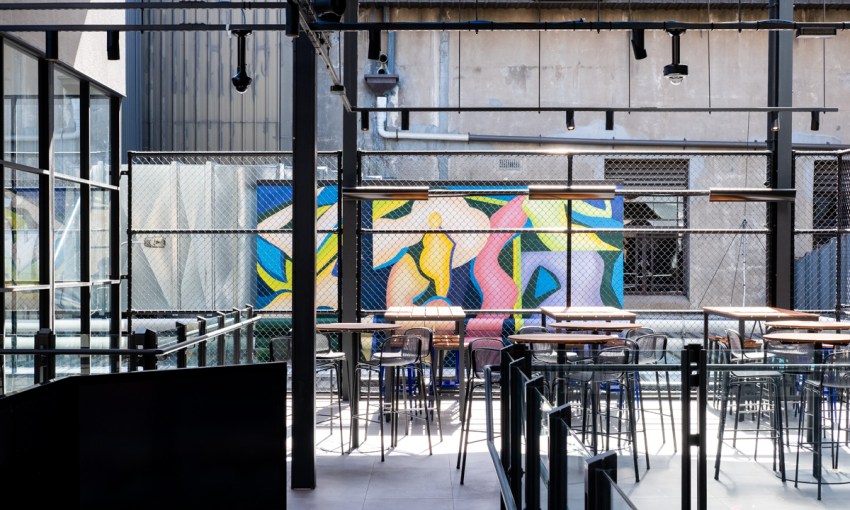 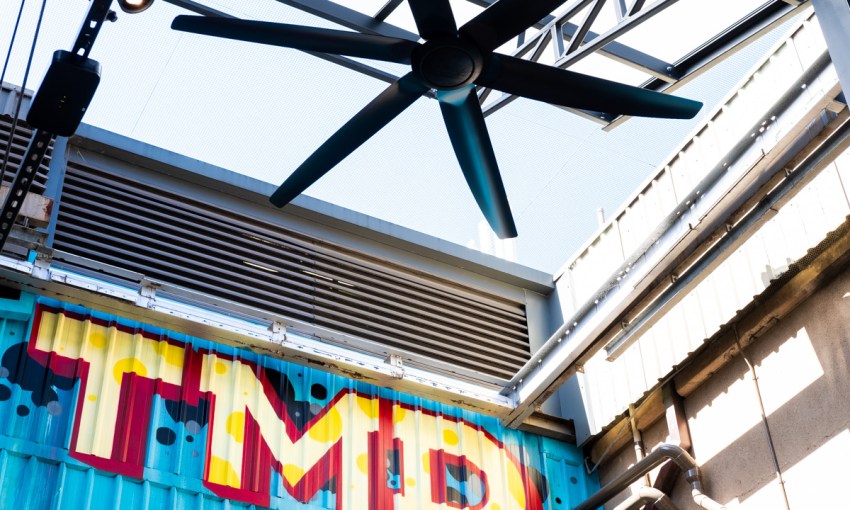 In the latter months of last year, SkyCity Adelaide launched The District – a beer hall and brewery located within its $330 million internal level 1 refurbishment.

The District
SkyCity Adelaide
North Terrace, Adelaide 5000
Mon—Sat: 11am ’til late
Sunday: 11am ’til 8pm

The casino company partnered with CUB-owned Pirate Life to run the 500-litre brewery, with the space launching with specialty brew District Draught and promising a new brew every two weeks.

In addition to the beer offering (which is predominantly Pirate Life, along with some CUB stablemates), venue manager Jarrad Anderson says whatever booze punters ask for, they will likely be able to receive.

The broad array of spirits and wines on offer draw heavily from South Australian producers, as well as a curated selection from further afield. 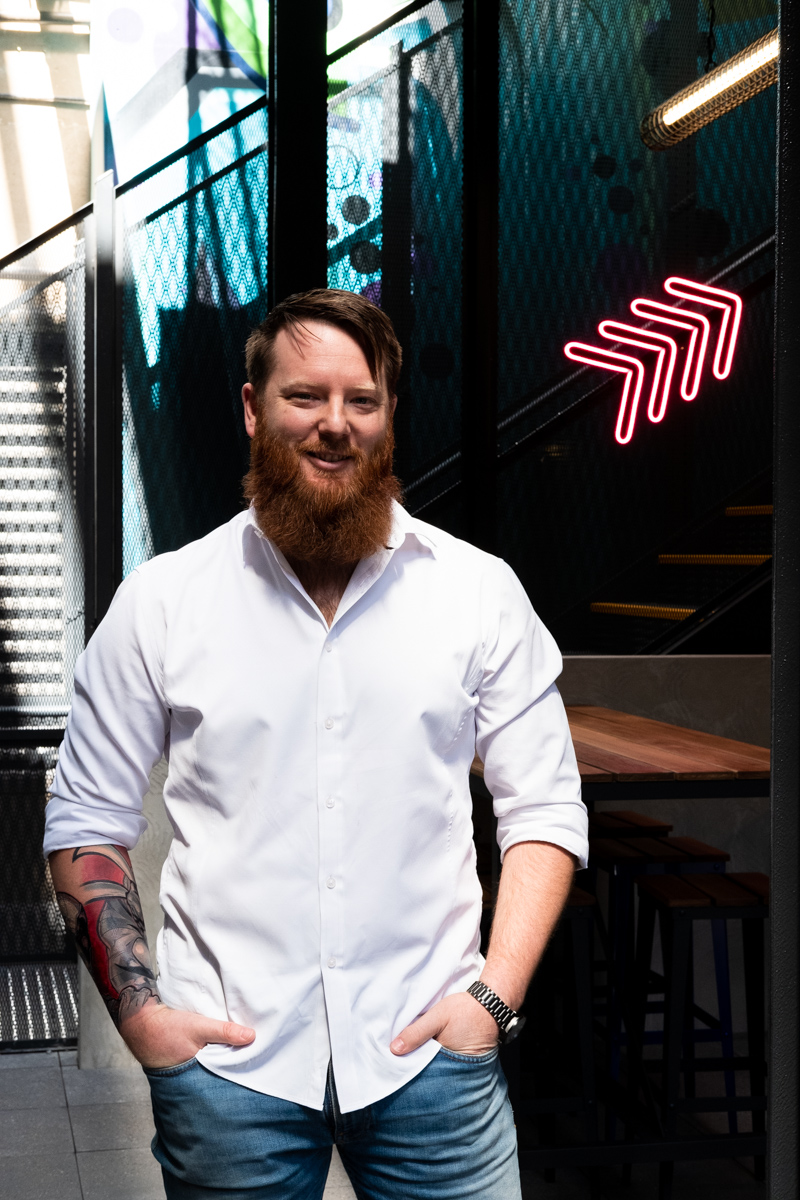 “We have rums you might not find in other places, like Diplomatico and Dictador, but we do want to support local, so we’ll always have local of one product at least,” Jarrad says.

Executive Chef Luke Brabin has designed the menu for The District. His other major project within the building, The Guardsman, is running itself now, he says, and so he welcomed the challenge.

“There’s quite a few South American flavours, and I bring in a bit of my Asian experience too. It’s a bit of a mix of food that goes well with beer, really. Just really tasty small bites.”

Given the venue’s Pirate Life affiliation, Luke uses beer wherever he can in the kitchen.

“We use a lot of beer in the cooking, braising and sauces, smoking, all of that sort of stuff,” he says.

“The beer crowd is quite a trendy crowd these days, and they take their beer pretty seriously, as well as the food, too. It’s pretty interesting.” 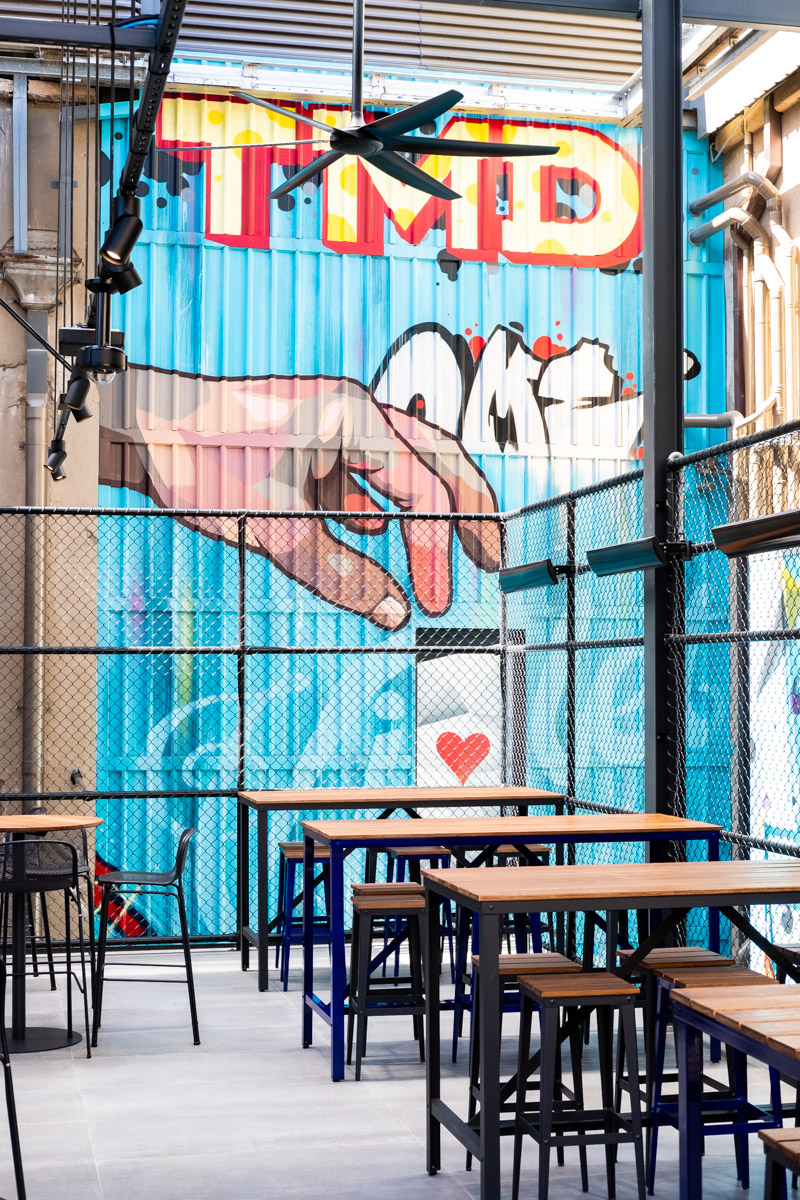 The venue is a one-stop-shop in regards to its entertainment offering, with live music programmed throughout the week, and sport broadcast to the space’s large screens regularly.

Given The District’s location within the casino, you will not be surprised to know there are also gambling options available within close proximity.

These are available to anyone who would like to directly contribute to SkyCity’s recently reported $73.1 million profit for the first half of the 2021 financial year (bolstered by $23 million from the Federal Government in JobKeeper payments).

The fit out comes from design firm Studio Nine, with The District sporting an open and industrial aesthetic, with views available to the sky above through the slanted roof. The heritage-listed building surrounding the space has also been kept in view. Construction company SHAPE built the venue. 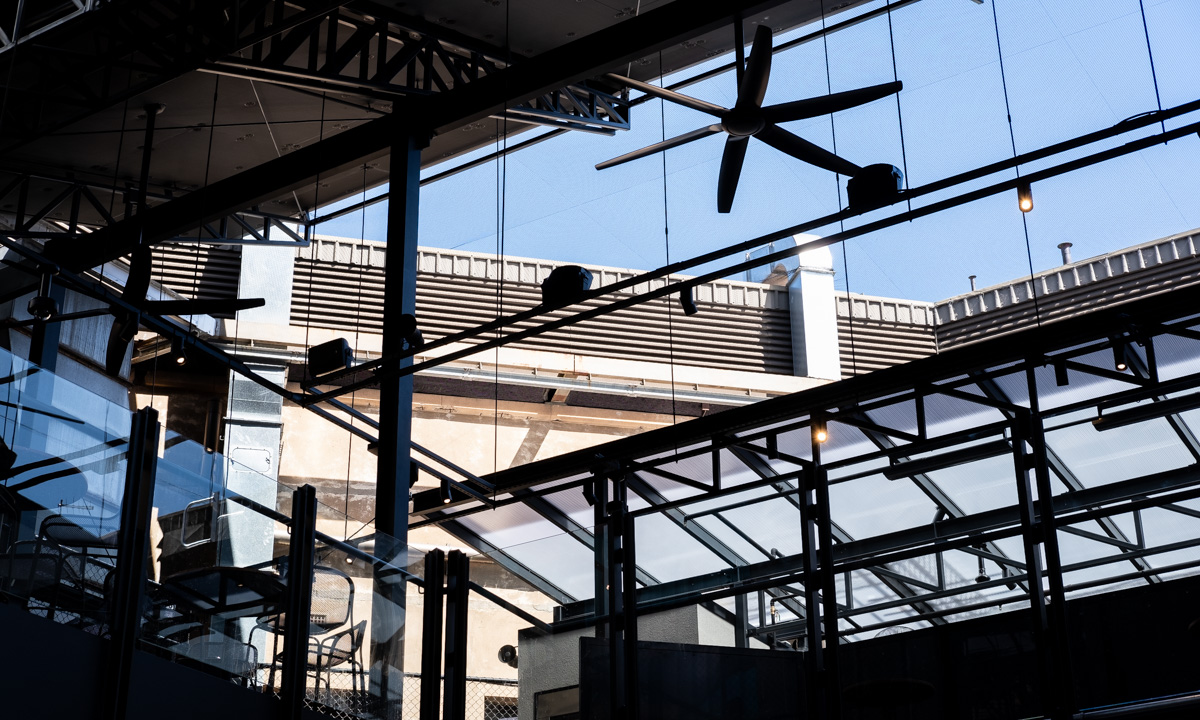 Views to the sky above

Jarrad hopes The District becomes a regular meeting spot for friends spending time in the area, or even within SkyCity’s expanded presence on the Riverbank.

“This is for everybody, so this is you’ll come and you’ll meet here, you’ll go off to ITL for a dinner… and then you’ll make your way back here,” Jarrad says.

“This is the place where you come meet your friends, hang out, forget that you’re part of Adelaide, the casino. As you can see, you could literally be anywhere in the world.”

The District is open 11am ‘til late Monday to Saturday, and 11am ‘til 8pm on Sunday.