Sugateca: Sugar and Pizzateca team up to bring Naples to the East End 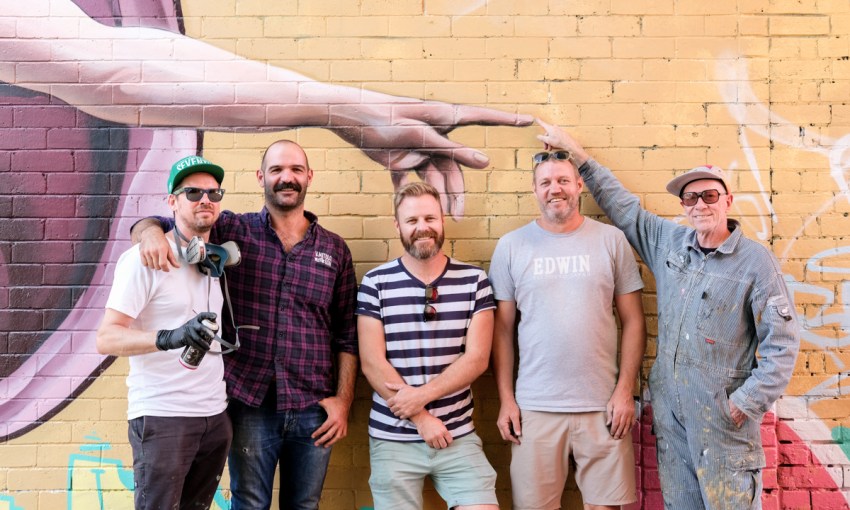 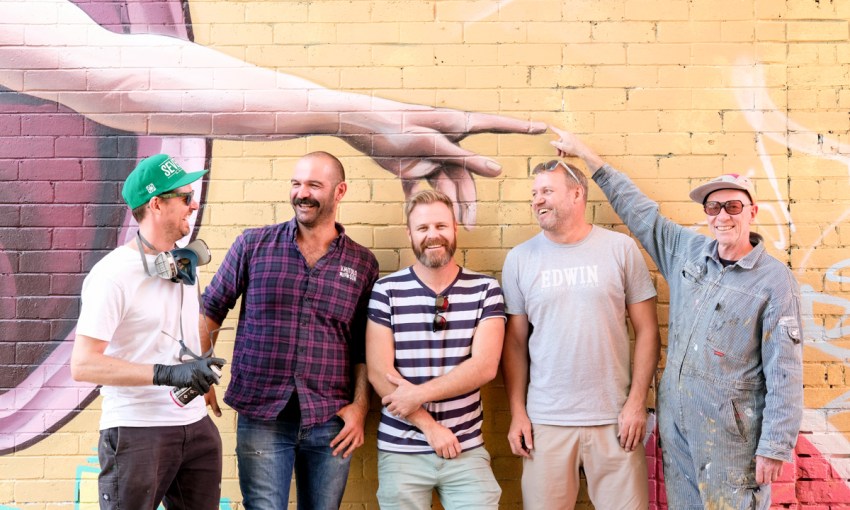 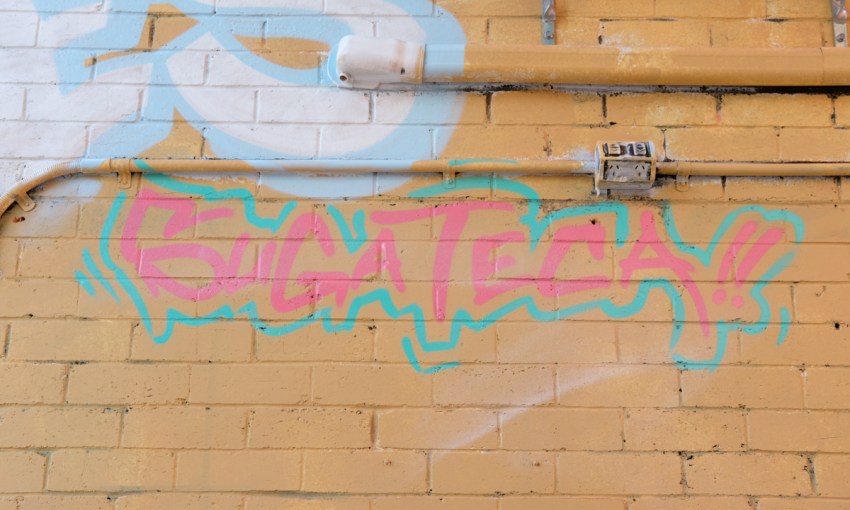 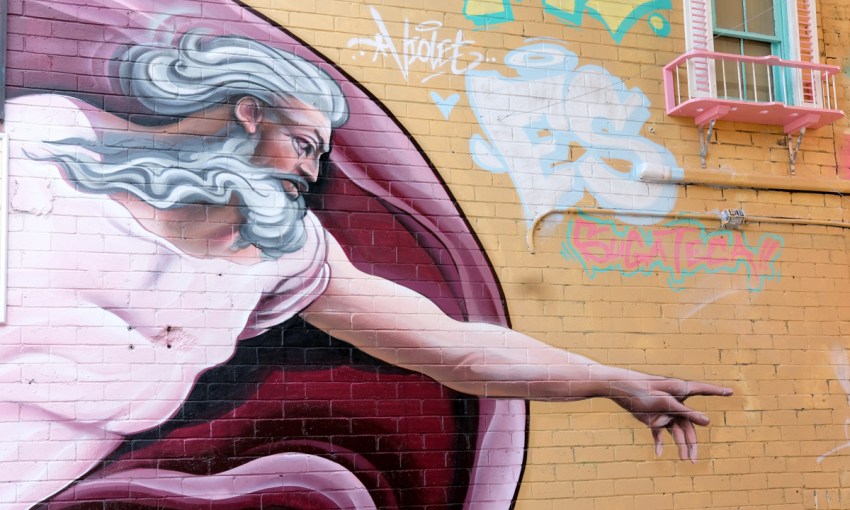 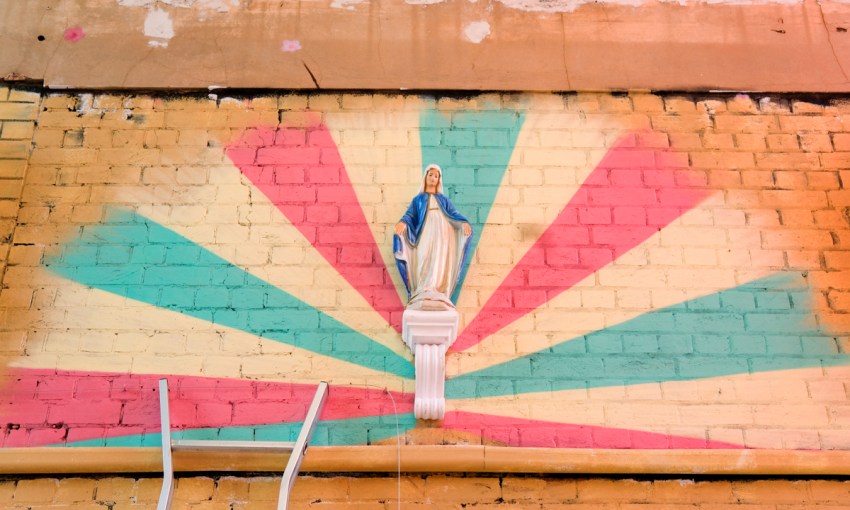 When CityMag visits the site set to become Sugateca – an Italian pop-up restaurant collaboration between Sugar and Pizzateca – Tony Mitolo and Tim Anderson of Pizzateca and Driller Jet Armstrong of Sugar calmly discuss the logistics of building an outdoor restaurant in 48 hours.

Vans the Omega is spraying paint from a scissor lift and Ben Modra plots the festoon lighting – all hands are at work.

The first sign of the impending pop-up came in the form of an enormous Italian flag stretching across the laneway next to Sugar. The paved area beneath is set to become a likeness of a streetscape in Naples, complete with Piaggio Ape deejay booth, clotheslines hanging overhead (complete with soccer uniforms, nuns’ habits and checkered table cloths), and a painting of the Hand of God (courtesy of Vans) will soon reach out to touch the hand of Diego Maradona in paste-up form.

Though it may seem highly conceptual, Sugateca’s offering will remain simple.

“If you look at it, it’s a bar in Naples. An alleyway, not too refined,” Tony says.

This will be the only public fronting of Pizzateca during the Fringe – a brand that has come to be synonymous with the larger arts gardens of the festival season.

“I think now, with the point that we’re at, we want to do the fun stuff, less of the churn and burn, ‘Here we are, let’s make a million pizzas,’” Tony says.

“It’s also more of an artisan event. They’re just such big machines, those ones, whereas this is all ours,” Tim says.

This will be a space dedicated to experience, and so the menu, too, will showcase less of a ‘churn and burn’ approach.

“It will be more aligned to our Tasting Australia type menu – they’ll have a lot more ingredients, a lot more prep. Things like a quattro formaggio, a Diablo with a chilli honey,” Tony says.

“We might be introducing a few other dishes, we’ll just ride through the weekend and see how the pizza guys go, and then we might get some arrosticini and keep on expanding as we go throughout the month.” 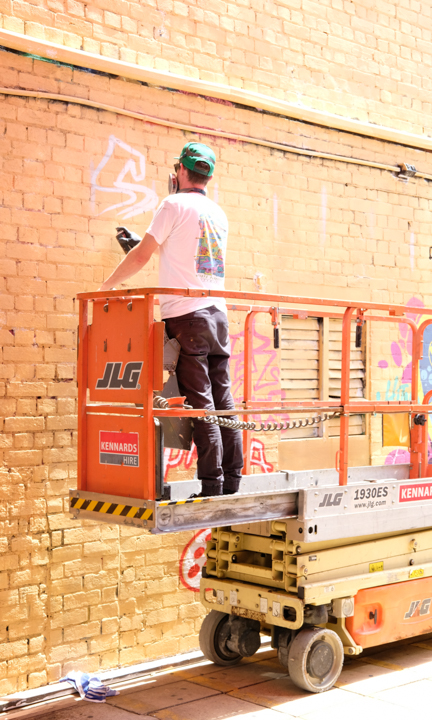 Vans the Omega at work. 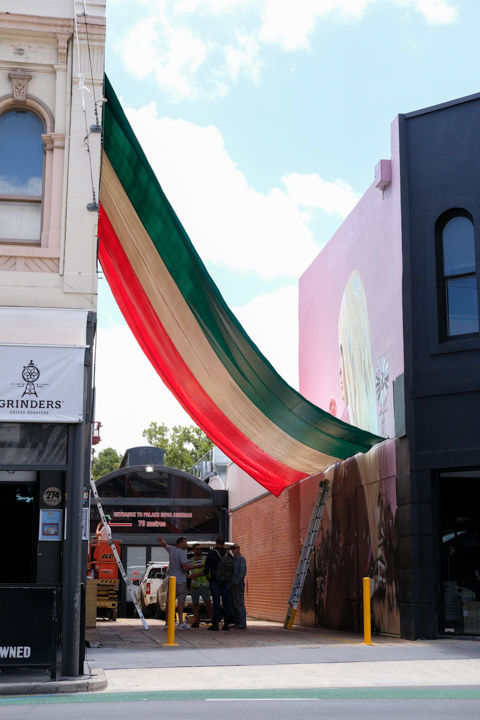 Alongside the pizza, there will be a spritz bar, a Peroni bar, and wines from V. Mitolo and Son – made in McLaren Vale by Tony and his dad, Vito, and usually only available at Pizzateca’s home base.

“Driller’s kindly agreed to have a little outlet,” Tony says.

“We only sell it in-house, so it’s kind of exciting to have them down here. It’ll be really fun.”

The space is intended to operate in two ways throughout the festival period – pre-show and post-show, where, from 4pm there will be “chill out Dean Martin and that sort of thing,” Driller says, which, over the course of the night, as people return from their various Fringe shows, will turn into an “Italo disco” party until late.

Sugateca launches 4pm on Friday, 15 February and will run throughout the five weeks of Fringe, from Wednesday-Sunday, 4pm ‘til 3am.