Two Herringbone chefs set a task for themselves at Crafers Pizza Bar: hit all the marks expected of a family-oriented takeaway pizza shop without sacrificing their instincts for quality. 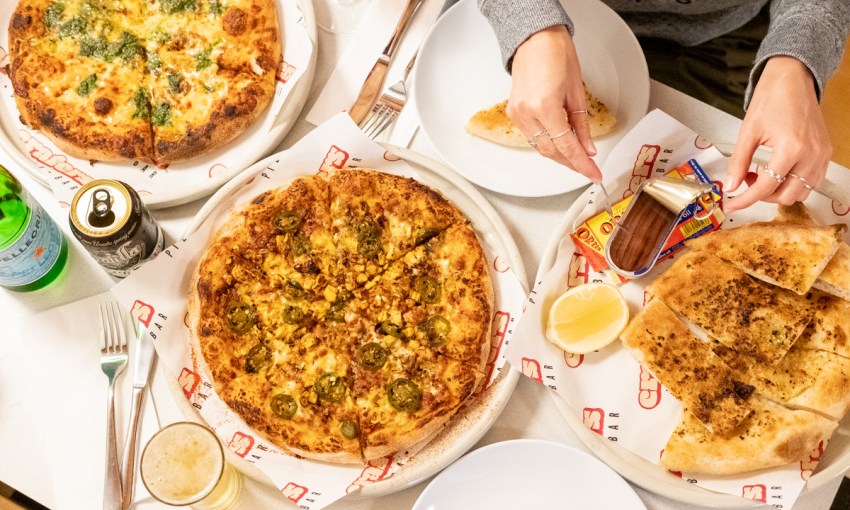 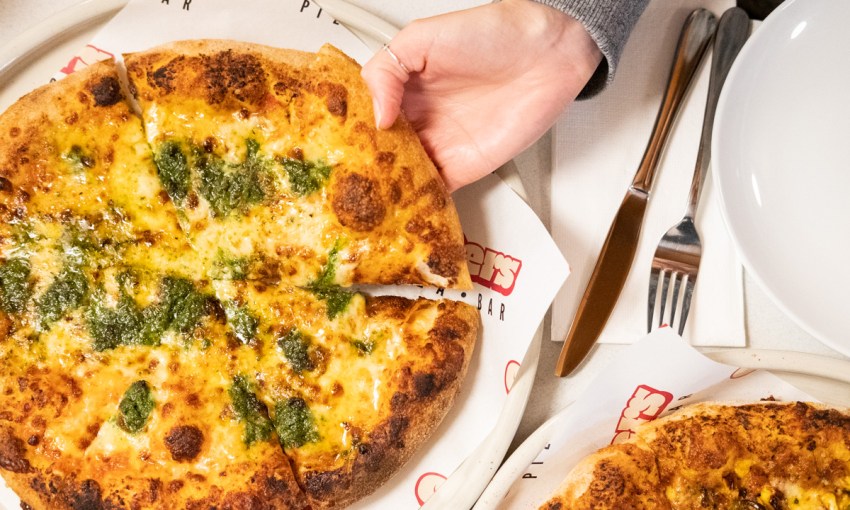 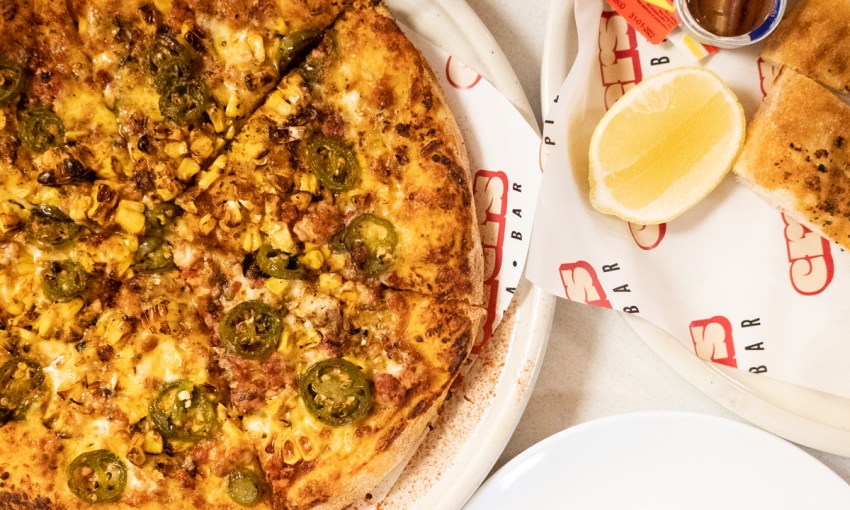 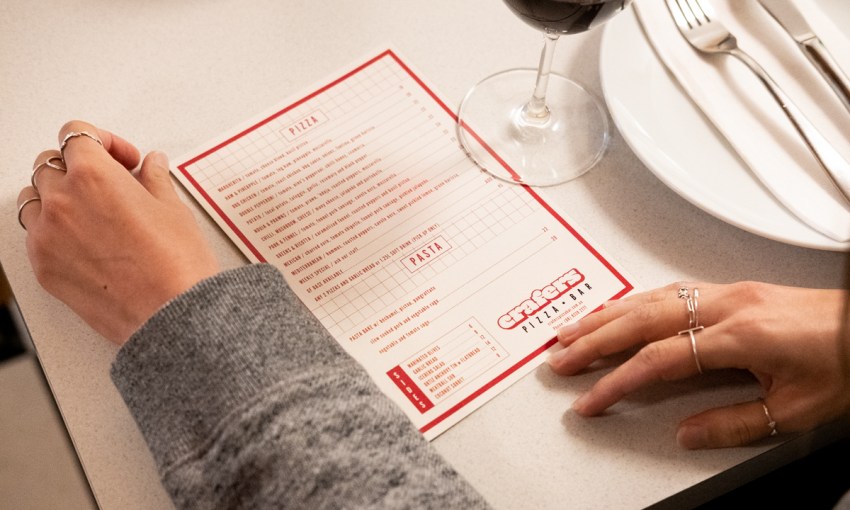 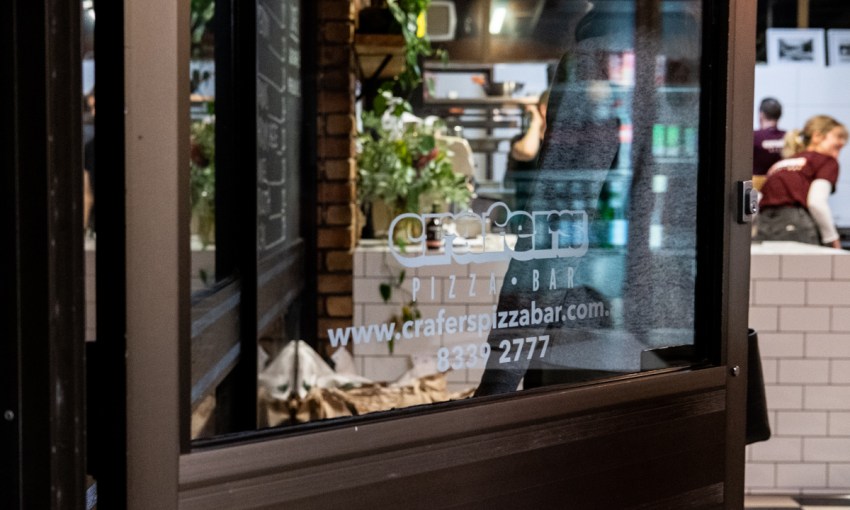 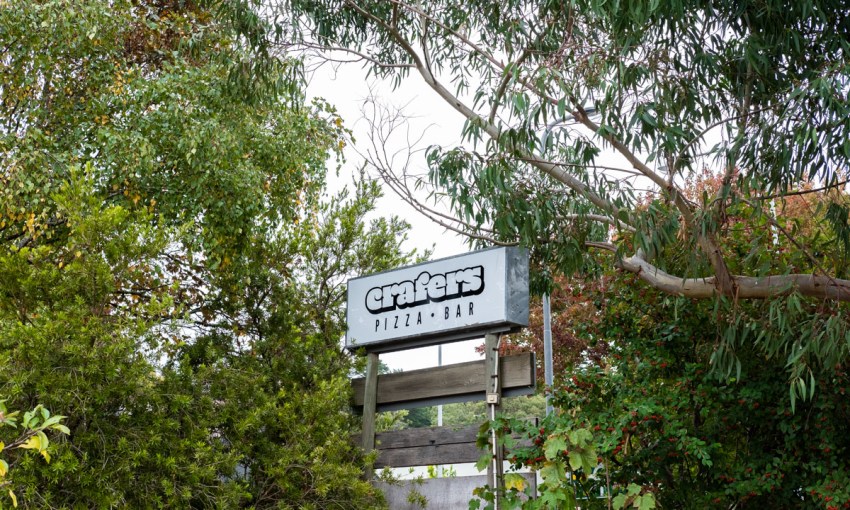 In early February this year, the Crafers Pizza Bar, located on the corner of Main Street and Cox Place in Crafers, reopened under new ownership and to little fanfare.

Those with a keen eye on Adelaide’s hospo scene saw the revived pizza bar had been taken over by the team at Herringbone, which would normally attract quite a bit of attention.

And it did – at least, CityMag can say we reached out at the time to cover the new venture, and we’re sure we weren’t the only ones.

But the new ownership team wanted to be deliberate about how the restaurant re-entered its community.

This meant getting to know the locals before getting the word out via the media.

“I wanted to get to know the people around us first, and wanted this to be a community-based thing,” says Crafers Pizza Bar and Herringbone co-founder, Quentin Whittle.

“When I was cooking at The Stranded Store, I really, really learnt that community is super important… We wanted to get to know what our next-door neighbours wanted. We were just really conscious of doing that first.”

Quentin has established Crafers Pizza Bar with Myles Cook. The two have an extensive history working in kitchens together, including at Herringbone.

This is the first project Myles has taken on as owner, although he and Quentin have long spoken about partnering up.

They decided on pizza purely because the opportunity came up. 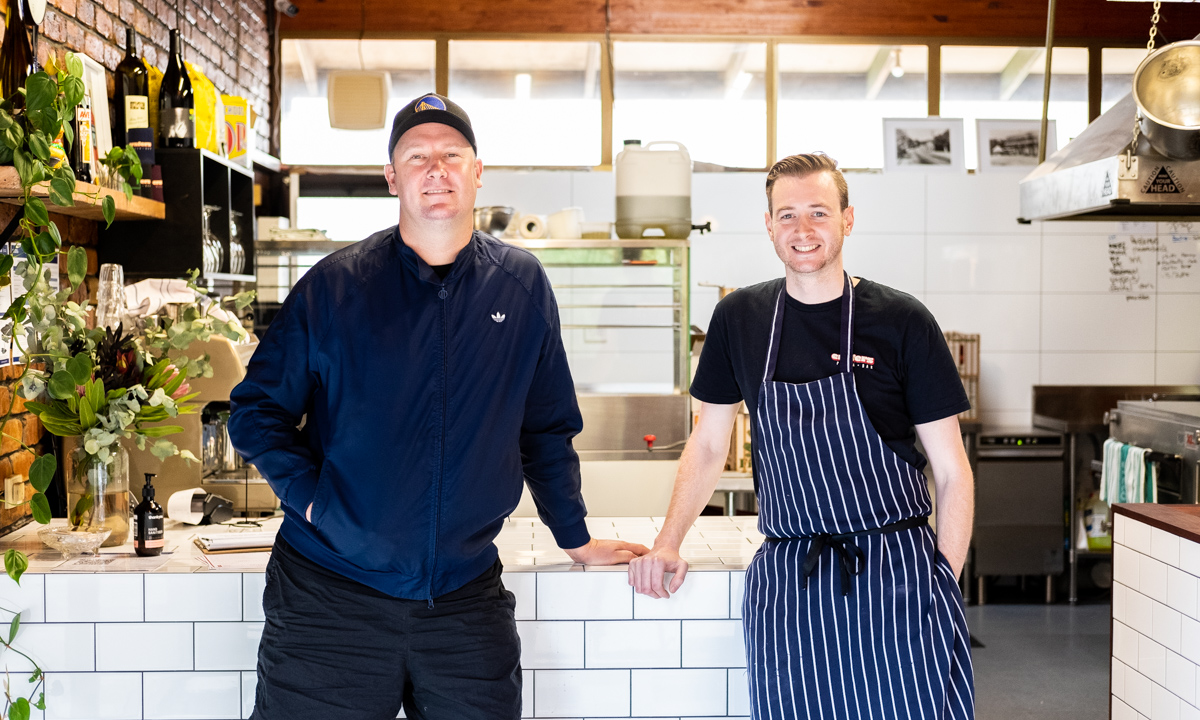 The original Crafers Pizza Bar had closed down, and the thought of bringing their perspective to the well-established genre of suburban Australian pizza was exciting.

With the lease signed, Quentin and Myles started conceptualising their take on the genre.

There were two constraints the chefs had to work within.

The first was that the local clientele was comfortable with the style of pizza that Crafers Pizza Bar was already producing. Myles says even after operating the new business for three months, customers of the former shop will ask for a pizza special he’s never heard of.

The second constraint is the shop’s conveyor belt pizza oven. Quentin says this piece of equipment meant automatically the business was not going to be a “pizza-purist restaurant”.

Within these limits, Quentin and Myles drew up a graph and discussed what they liked about what they saw as the three main styles of pizza in Adelaide.

From the “Aussie-style” suburban pizza, they took the family-oriented dining experience.

“And then, we liked the authenticity of product and provenance of traditional-style pizza,” Quentin says, “and we really thought the buzz and the New Age pizza that guys are doing has some great elements too, of energy and using different ingredients on pizzas.” 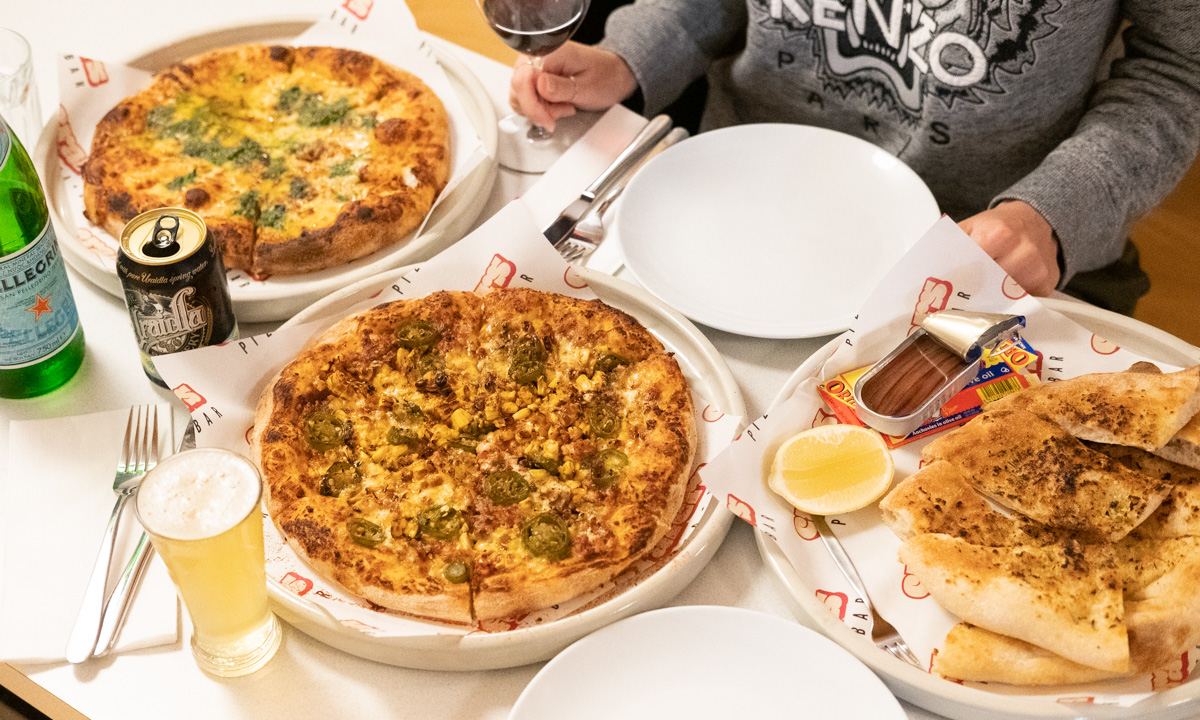 The Crafers Pizza Bar menu is a nostalgia trip. All the must-have options of any pre-teen weekend slumber party/movie night are there: margherita (with basil pistou), ham and pineapple, BBQ chicken and double pepperoni.

But there are also cheffier options, like the potato, which is inspired by the Chinese shredded potato dish tudou si; and the Mediterranean, featuring hummus, roasted peppers, cavalo nero and sweet pickled lemon.

The Mexican (charred corn, tomato chipotle, fennel pork sausage and pickled jalapeños) is a nod to the old shop’s menu.

“As people tell us what they want, [the menu] grows,” Myles says. 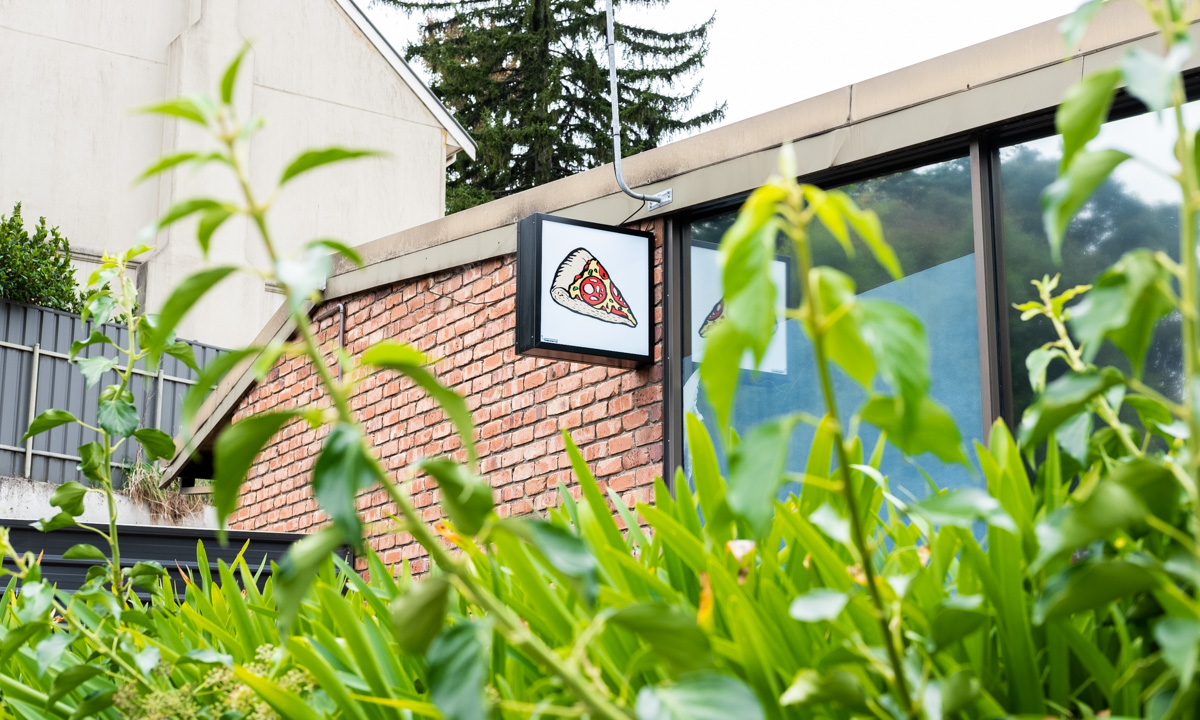 Most important to the concept, though, is Quentin and Myles’ instincts as chefs.

With the exception of a few topping items, everything is made from scratch.

“We wanted to make our own sauce… because that’s what we wanted to do – we’re cooks, we’re not buying in and tinned sauce,” Quentin says.

“We want to mince all our own meat for the sausage, and obviously we buy in some pepperoni and stuff, but predominantly everything is done in-house.”

“The only thing we’re getting in a tin is pineapple, and that’s Australian,” Myles says.

There is also a pasta dish and a dessert available. 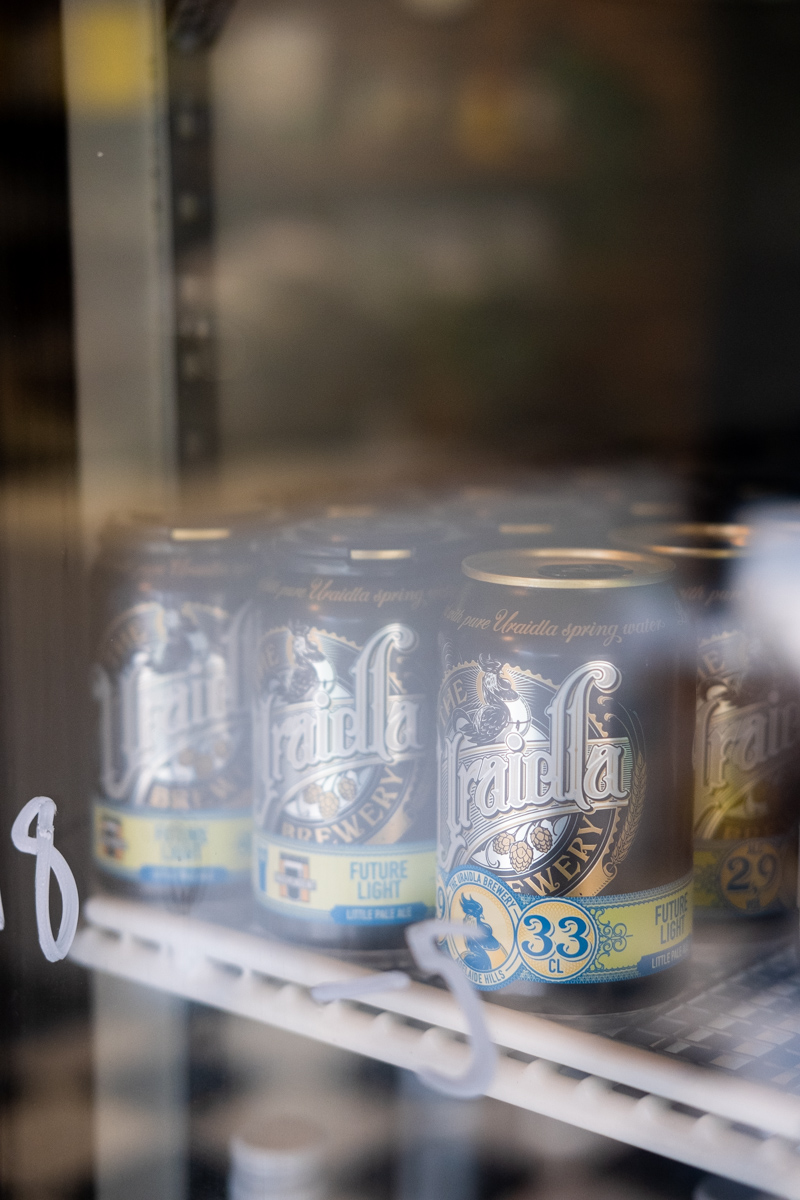 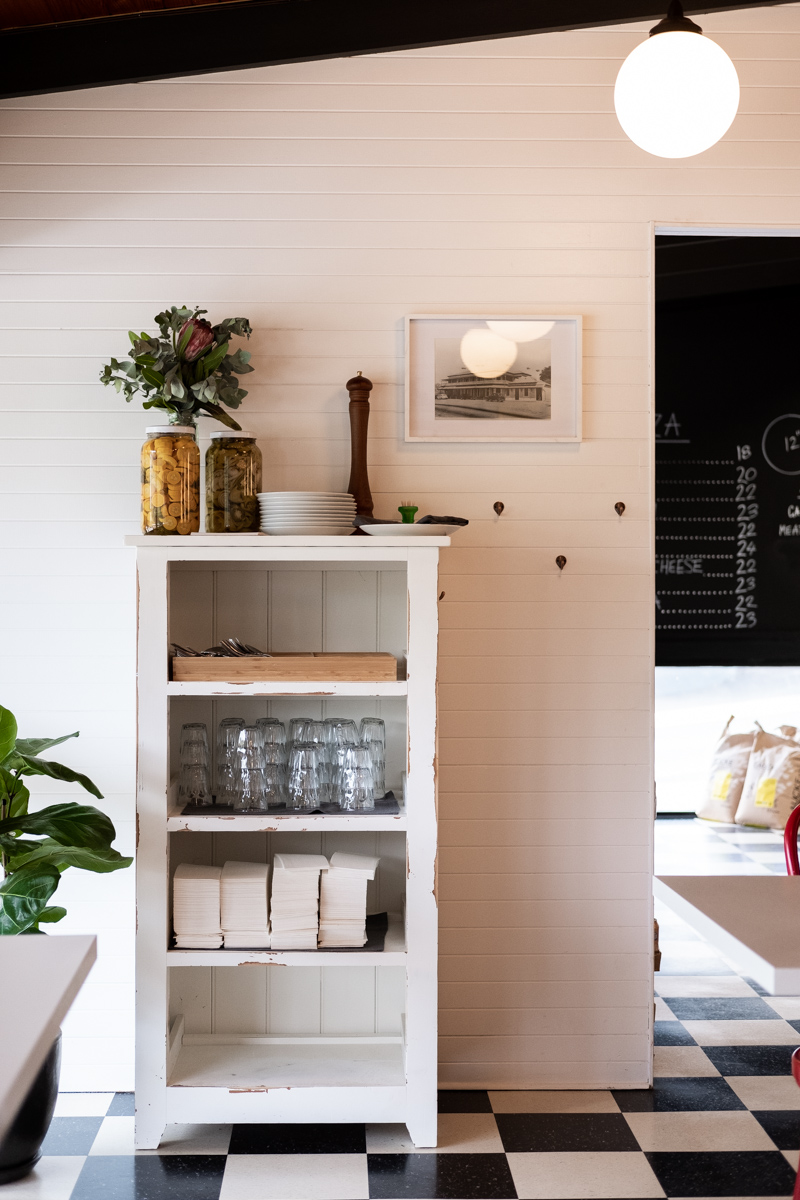 Crafers Pizza Bar is not just for takeaway. Quentin Myles have recommissioned the dining space, which had not been used to host people in years.

The restaurant is licensed and offers a decent selection of local beer and wine, which diners can take back to their seats.

Crafers Pizza Bar is open Wednesday through Saturday from 4pm and Sunday from 12pm. Connect with the business via Facebook and Instagram. 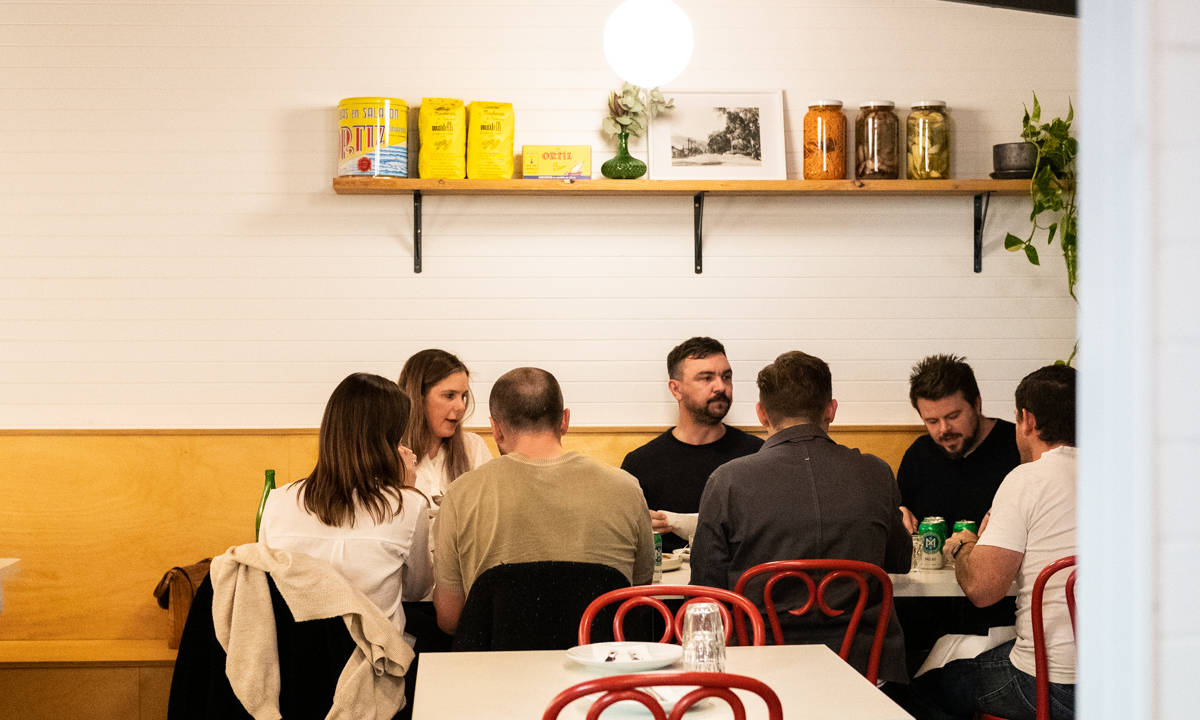 It would do no justice to Crafers Pizza Bar to not mention one menu item in particular that has become an undeniable Instagram favourite: the meatball sub.

The meatball is made of wagyu, it’s cheesy and saucy, the bread roll is crunchy, and the fermented chilli gently nestles you into a state of deep satiation.

Myles reports instances of staff from other well-known Hills-based establishments being sent on sub runs to grab an order of four.

The inspiration for the dish came from a trip Quentin took to the US in 2019.

“I went to the US to visit some friends, and I had this dirty food moment,” Quentin says.

“I was eating at all of these high-end restaurants, and it was late at night, I had this meatball sub with my mate in Breckenridge[, Colorado], from Reddz Diner (aka Above the Blue), it was 1am.

“I said it with my mouth full: ‘This is one of the best fuckin’ things I’ve ever eaten.’ …It just stuck in my mind.

“We recreated it… We found a roll that works, we played around with the meatball mix, and here we are, selling meatball subs. And people love ‘em.”