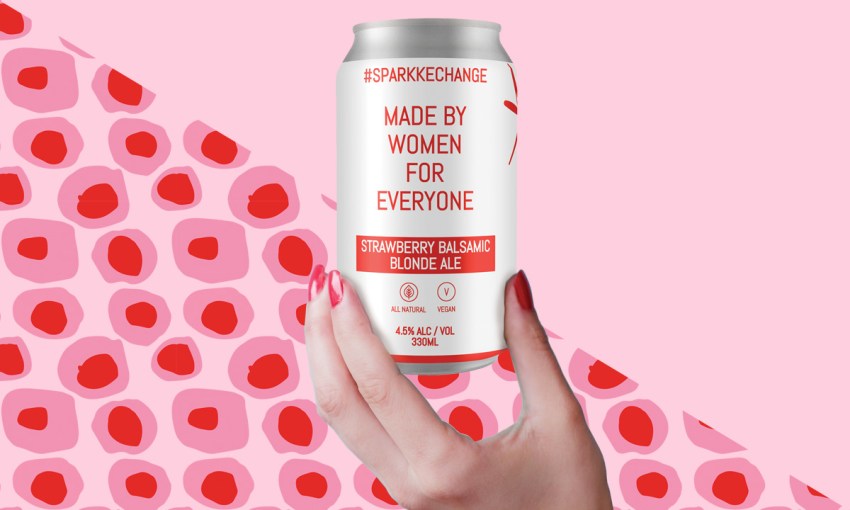 It was a chance meeting between two socially conscious companies at a Commonwealth Bank business conference in Byron Bay that led to Sparkke’s latest brew – a strawberry balsamic blonde ale, launching on Wednesday, 14 November at the Kings Head.

“They’re a chocolatier company based out of Melbourne and they’re pretty new, probably less than six months old, and they are a very similar business to ours in a lot of ways.

“They are female owned and operated, independent, use quality ingredients… and they also donate a portion of their sales to projects in the Ivory Coast, which is where they source a lot of their beans.”

Agi was asked to brew a beer for the conference and saw an opportunity to work with the chocolate makers. Time didn’t allow for a full collaboration, but Agi asked if she could instead do a rendition of the business’ strawberry balsamic dark chocolate. 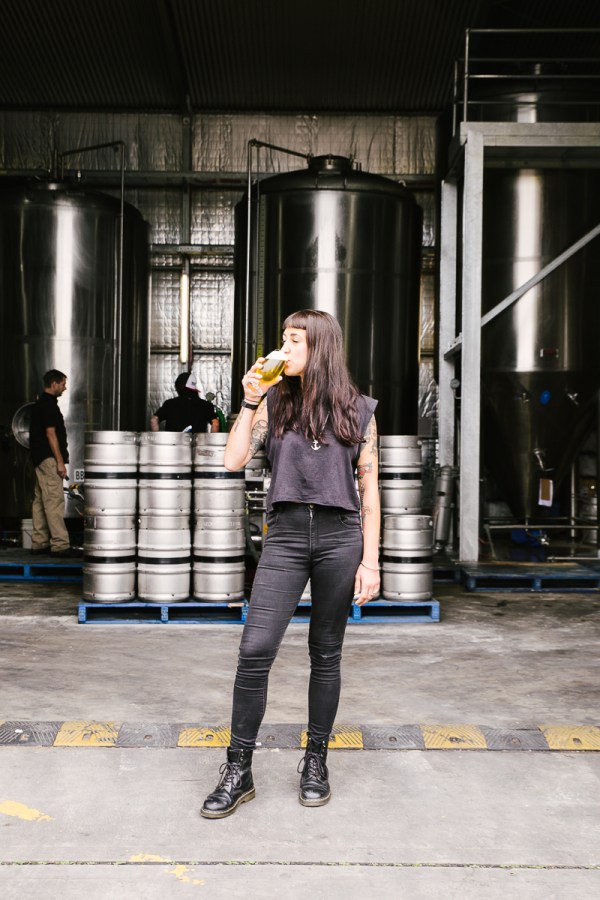 With warmer months on the way, Agi opted not to follow the logical flavour profile when converting chocolate to beer and instead went light, opting for a blonde ale base.

“I suppose you could call it a bit of a new world blonde ale, if you will. It’s not so characteristic of a traditional style,” Agi says.

“I just wanted to make it really interesting and textural, and I didn’t want to be too overbearing on the balsamic and the strawberry components, so I thought the Belgian yeast would be really nice in there.

“The Belgian blonde styles, they’re made using quite a fine malt bill, so that allowed me to have a bit of a play with that and use complementing malts and the ones that would bring out the beer the best.”

Agi sourced strawberry juice from Ceravolo in the Adelaide Hills, who supplies the brewery with apples, and the end result was a pleasant surprise.

“The flavours just changed so much basically from when we tried it in bright tank compared to four weeks later in can, after a bit of time. The flavours really just amalgamated together so well. It really did surprise me,” Agi says.

“I basically had about five weeks to turn it all over, including recipe writing, ordering all the materials, and then brewing, packaging and sending it away, so it was a very ambitious recipe.”

The beer has not been seen since the conference, and its showing at the Kings Head will be its first run with the wider public. With only 18 kegs in stock (and a few cans left over from the conference, which Agi suggests might one day make their way to market), you’ll want to get in for a pint quick before it’s gone for good.