The makers of Green Ant Gin have created a new drinks brand called Seven Seasons, a nod to the Gulumoerrgin seasonal calendar in the Northern Territory, and have also released a new gin made from wild-harvested bush apples.

Indigenous food company Something Wild has finally followed up its Green Ant Gin, first released in 2017, with the new deep-pink Bush Apple Gin.

The release comes as the business has rebranded its drinks arm away from Something Wild beverage Company to a new identity: Seven Seasons.

“Me and my family, we wanted to move the Green Ant gin into more of a story around what we’re doing with the bush foods and everything,” says Something Wild founder and Larrakia man Daniel Motlop.

“I’ve always wanted to name the company around the seven seasons of the Northern Territory.

“We harvest native ingredients around the year, and Seven Seasons was the go-to.” 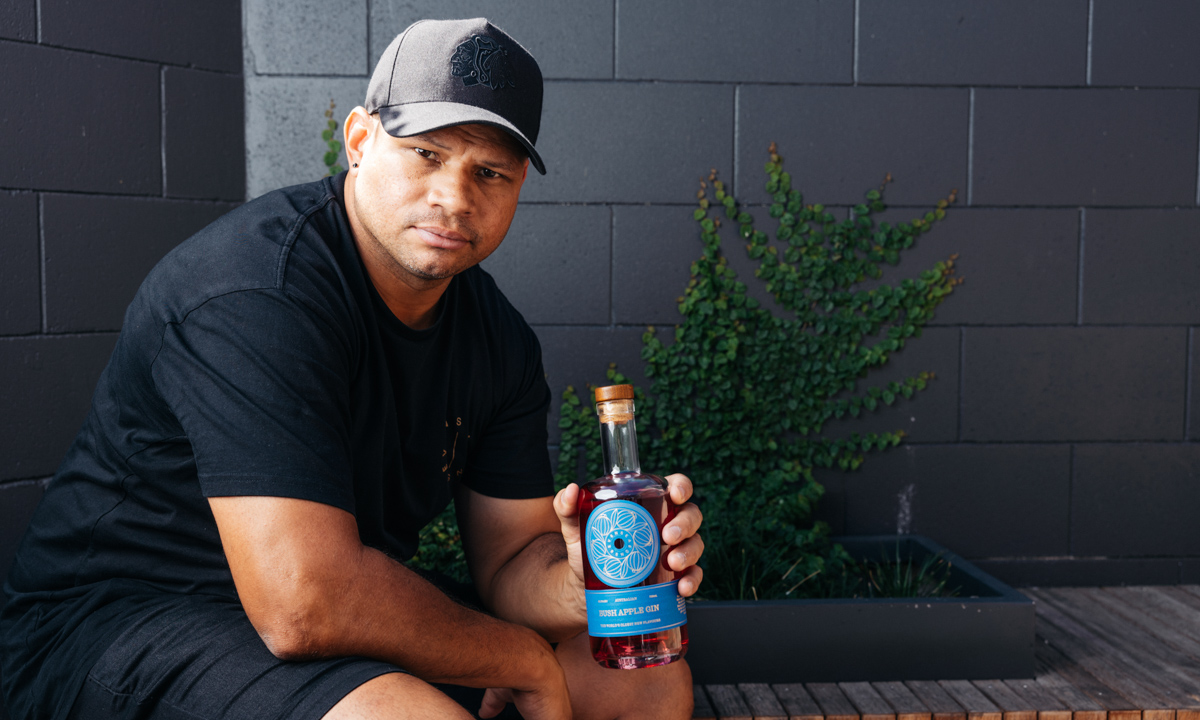 Like with all things Something Wild, the Bush Apple gin makes use of wild-harvested bush apples, sourced from Aboriginal people in the Northern Territory.

This practice ensures traditional knowledge is respected and fairly compensated.

“What I try to encourage is to [harvest in] the right way,” Daniel says.

“I never take something like a bush apple or a native yam from the Northern Territory and try to cultivate it down south. It’s grown in these areas for a reason, so we really try to protect that sense of Aboriginal IP (intellectual property).

“Every day we deal with the cultural side and the business side of what we’re doing, and number one is always to protect Aboriginal people’s IP and how we do things as a business.”

Part of this IP is knowing how much fruit can be sustainably taken from the landscape.

“We’ll only make products that benefit Aboriginal people by harvesting these products, because they are wild,” Daniel says.

“We go by what people tell us, Aboriginal people, in terms of this is how much we should harvest. At the end of the day, they have thousands of years of knowing how much they can harvest.” 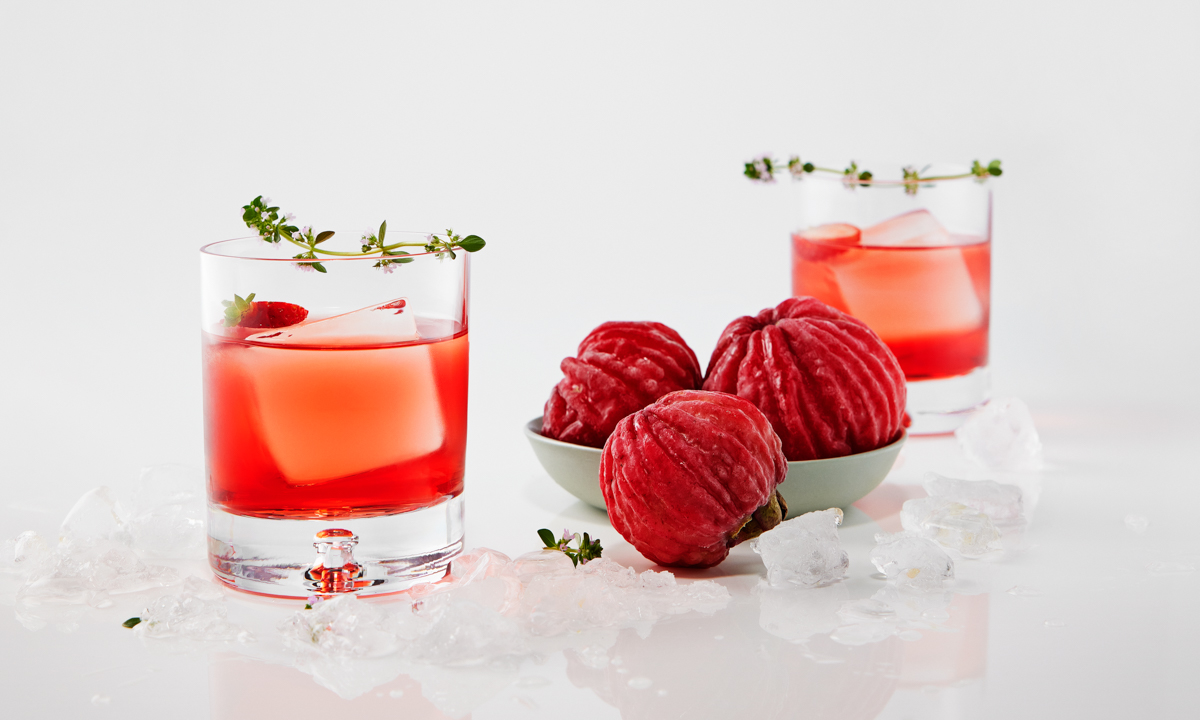 Daniel grew up eating bush apples he came across on his way to school, and he says the flavour profile of the gin has captured the fruit’s tartness.

The spirit pours a deep red, but lightens into a blushing pink when mixed with tonic or soda water.

“We basically macerate the bush apple, after taking the seed out, for two weeks, and use the flavours of that, along with obviously juniper and all of those things,” Daniel says.

“We wanted to really match the colour of the bush apple, and go a little bit darker, so that when you pour it, it does come out as a pink gin.

Something Wild’s Green Ant Gin became an international success, and Daniel says the benefit in using native ingredients in gin is that it encourages discussion and learning about Indigenous foods and their origins.

“When you find yourself in a bar and you see a gin with a beautiful label, like the Green Ant Gin and like the bush Apple Gin, people ask questions about it and where it’s from and what’s in it,” Daniel says.

“It’s creating a story and it’s sharing the culture through conversation.” 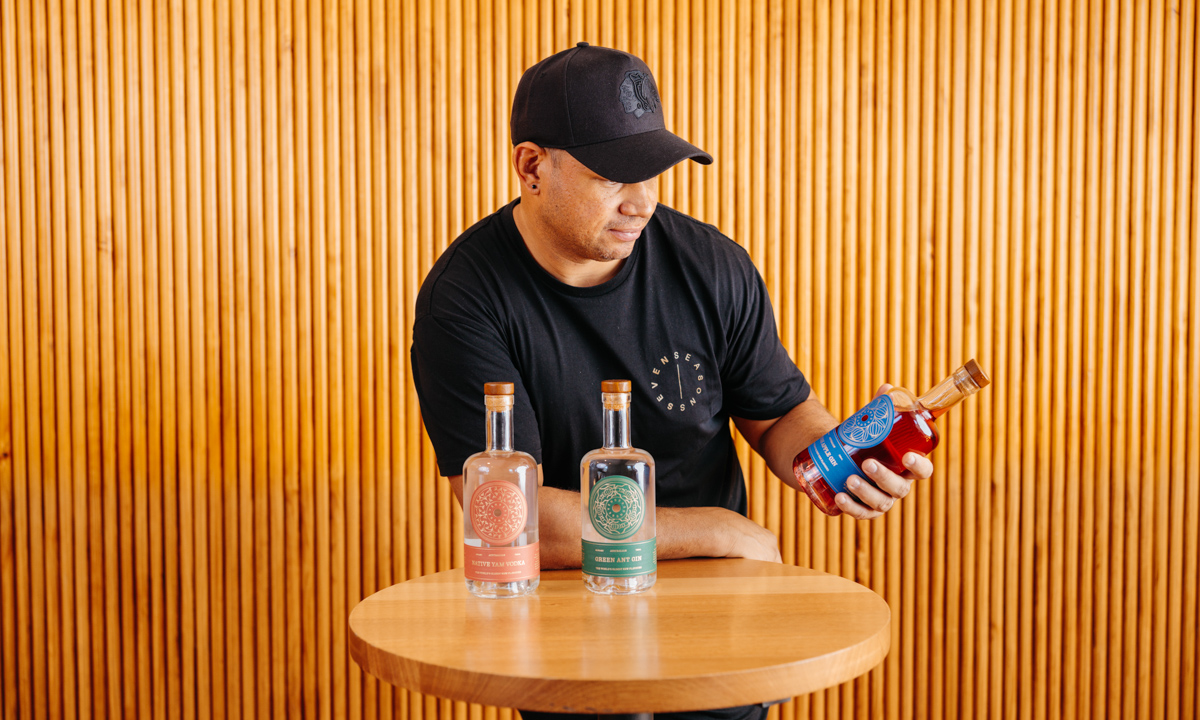 Through the efforts of Mighty Craft, the beverage company Daniel has partnered with to launch Seven Seasons, the former footballer hopes to see Bush Apple Gin find an audience beyond Australia’s borders.

“They’re great guys in the way that we’ve been able to take this to market,” Daniel says.

“I wanted to just push it to the world, to tell you the truth, and I needed someone to work with to do that.”

Seven Seasons Bush Apple Gin is on shelves now, and Daniel suggests an Italian classic as the perfect use case for the product.

“It’s probably my favourite drink, and obviously the colours are pretty amazing when you add the Campari to it, the Bush Apple Gin, which is already a red, pink sort of colour. But straight on the rocks is really nice as well.”

Seven Seasons also as a native yam about to hit shelves, so keep an eye on their Facebook and Instagram pages for future releases.