After a short stint in pop-up mode, Silver Sands beach Club has launched its full offering, providing coastal locals the full gamut – from beer, schnitzels and salt and pepper squid to swordfish with beurre blanc and Burgundy. 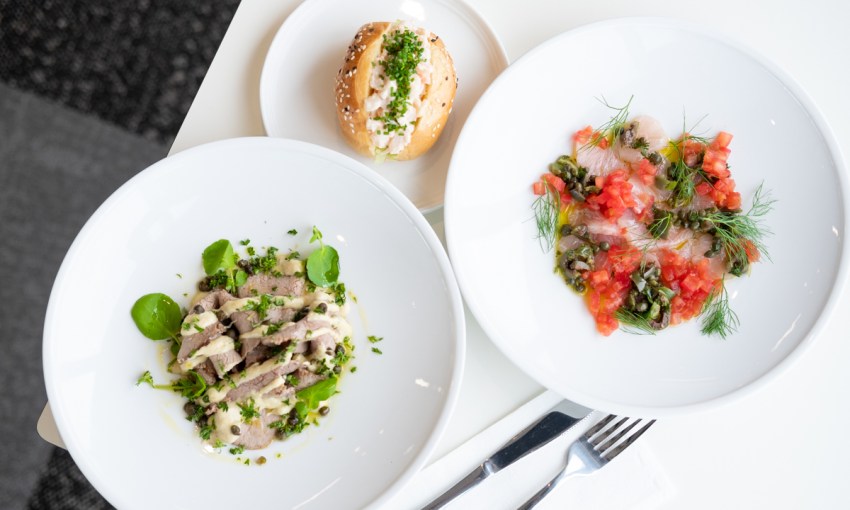 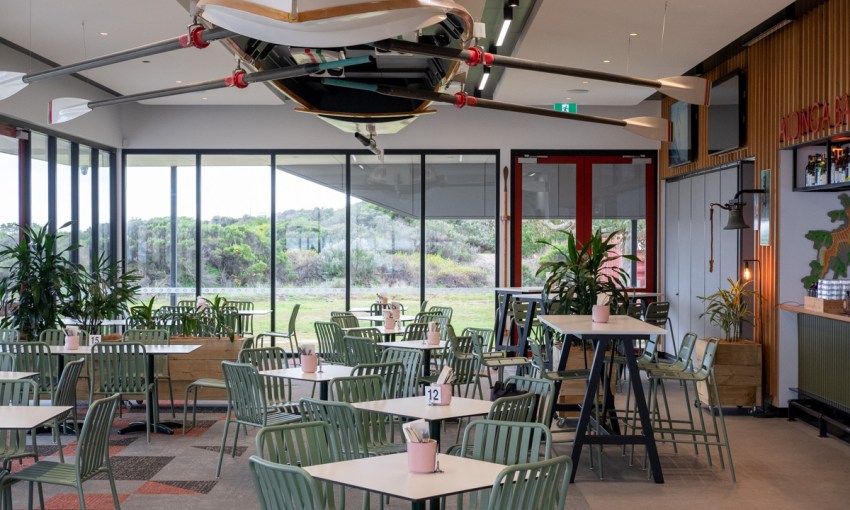 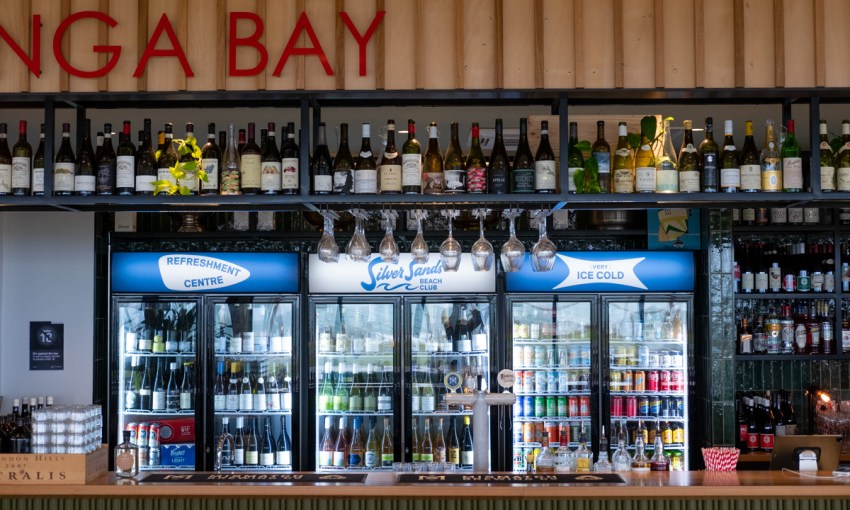 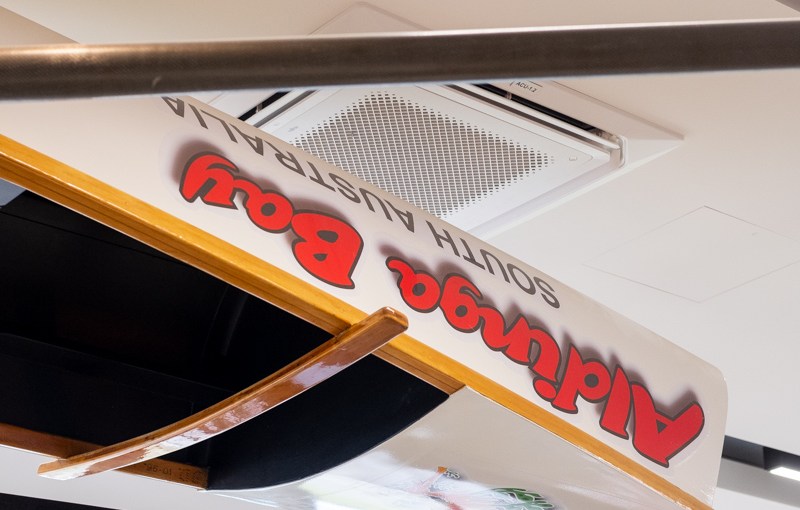 It was a happy day for Nick Stock and Mark Kamleh two weeks ago, with the approval of their licence at Silver Sands Beach Club finally coming through.

“We’re just so pleased to finally feel like we’re here,” Nick says. “It’s great. And people have been so welcoming. The community have been amazing.”

The Aldinga Bay Surf Life Saving Club-affiliated hospitality space operated in a reduced capacity for five weeks prior to their full licence coming through, but they’ve now launched the restaurant in its proper form.

Menu design began with chef Annika Berlingieri early on, and has since developed with the addition of head chef Alessandro Gramazio, formerly of Herringbone.

As Mark told CityMag back in January, the Silver Sands Beach Club menu is designed to be Mediterranean dishes, pub-style classics and “things that you want to eat when looking out to the ocean”, he says.

This is still true now that the restaurant is open, but the menu Annika and Ali have come up with has also expanded to become a “more bistro-level of food”, Nick explains.

“Menu-wise, we started with the pub classics and now we’ve moved into bistro-style food, like pies where we make our own pastry, make our own pies,” he says.

“[It’s] still really accessible and delicious, but also, it has a different feel to standard pub fare.”

But, Mark is sure to emphasise, “we still have fish and chips, schnitzels, salt and pepper squid. The classics are all still there”. 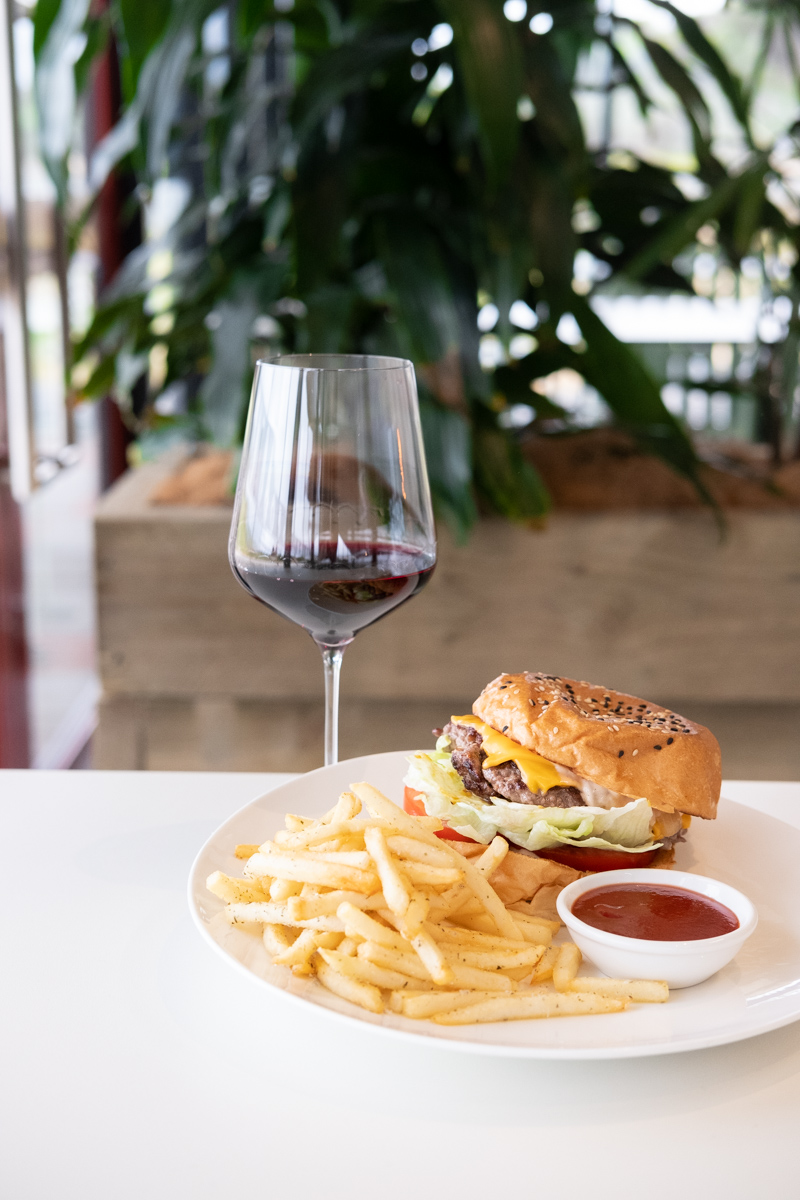 Mark says the two most popular mains have been the cheeseburger (“an absolute hit”) and the salt and pepper squid (“it eclipses every other dish on the menu”).

“This is kind of what we always wanted to do, so have something ultra-accessible and then something that people who want to try something cool or different or unique, or a bit bougier, they can be catered to as well,” Mark says.

“We want to have a good local offering,” he says.

“I think other restaurants around here haven’t necessarily engaged with local [producers] as deeply, maybe, as the local audience would expect.

“And then we have this other collection, which is we notice there’s a lot of wine people around here that love to drink bottles from a long way away that excite them and inspire them, so we have that other list of stuff as well.”

“It goes to our theme that we want to have something for everyone,” Mark says.

“If you just want to come and have schnitzels and have meal for under $20 you can, but if you’re holidaying and you want to have some nice fish while staring at the ocean, then you can as well.

“So we’re not going to judge you for having a schnitzel and a beer. That’s what we have the most of personally. It’s just a melting pot of different things that the kitchen is very happy to do.” 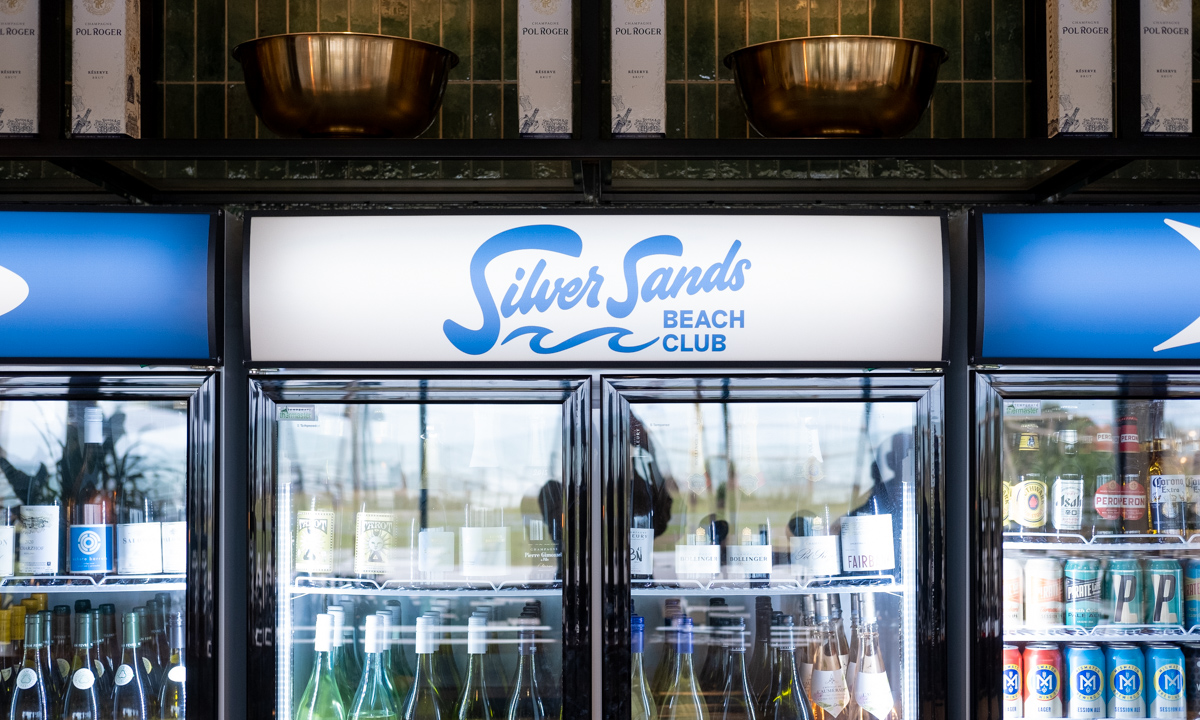 Mark and Nick are also co-founders of wine events company Wine Country, and they plan to bring plenty of happenings to their Aldinga Beach venue.

There will be regular quiz nights, the introduction of a McLaren Vale Spring Dozen event (in addition to the Adelaide Hills original), and they also plan to bring in both food and wine producers from the area.

“As soon as the truffles are ready, which is in July, we’ll be featuring Lovely Valley Truffles on the menu here, and we’re doing Italian-themed food with Alessandro [with] truffles from Myponga lunch event,” Nick says.

“We’re going to make some agnolotti pasta together in the morning and then have Jayne [Jacques] come over with the truffles from the day before.

“It’s linked to what’s local and relevant to something local, but it’s also just a tonne of fun as well.” 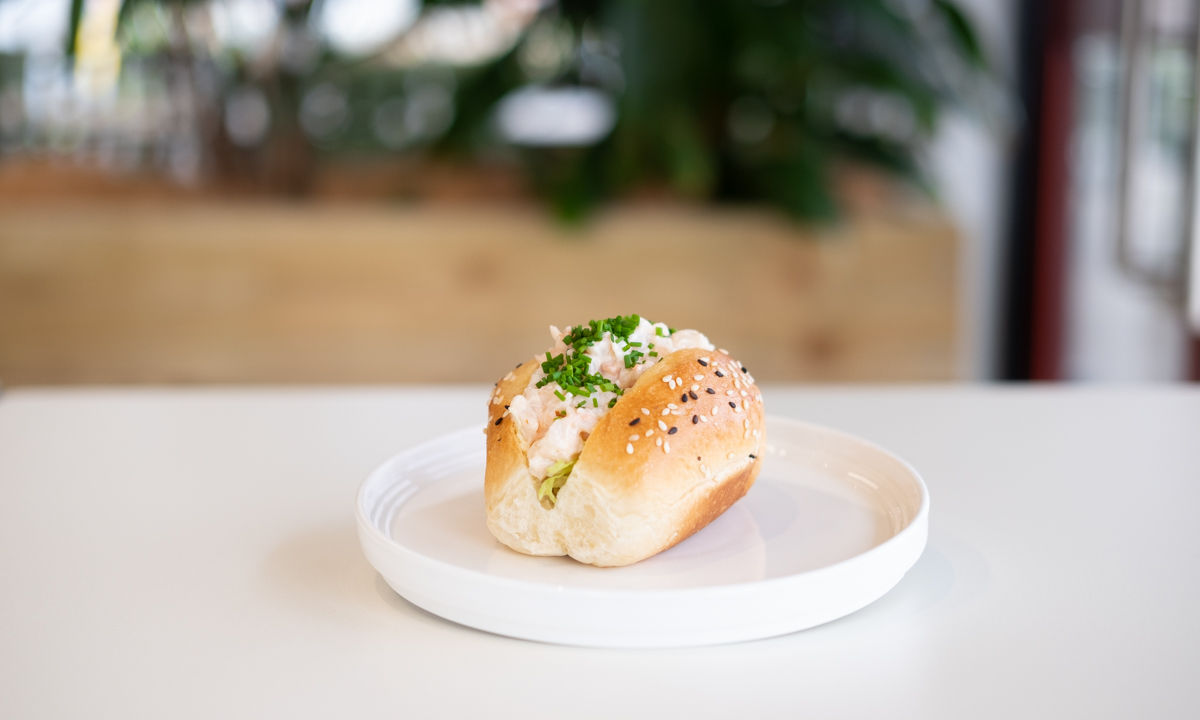 Silver Sands Beach Club is something of a new type of collaboration, bringing together professional hospitality operators (as opposed to volunteers) and a local surf lifesaving club. Because of this, Mark and Nick are keen to foster a close relationship with the club, which has already resulted in a fair amount of staff recruitment.

“We’ve got six kids from the surf club, and two are from the area,” Mark says.

“Most of them, it’s their first job, and they’re… so willing, so responsible and enthusiastic, and just dying to learn stuff.

“It’s been pretty cool, to learn about the surf lifesaving community, and what they do and the pride that they work with. It’s great to find ourselves in that mix, and to be able to support it.”

Silver Sands Beach Club is located on the foreshore out front of the Aldinga Bay Surf Life Saving Club on Norman Road, Aldinga Beach, and it opens Thursday through Sunday. 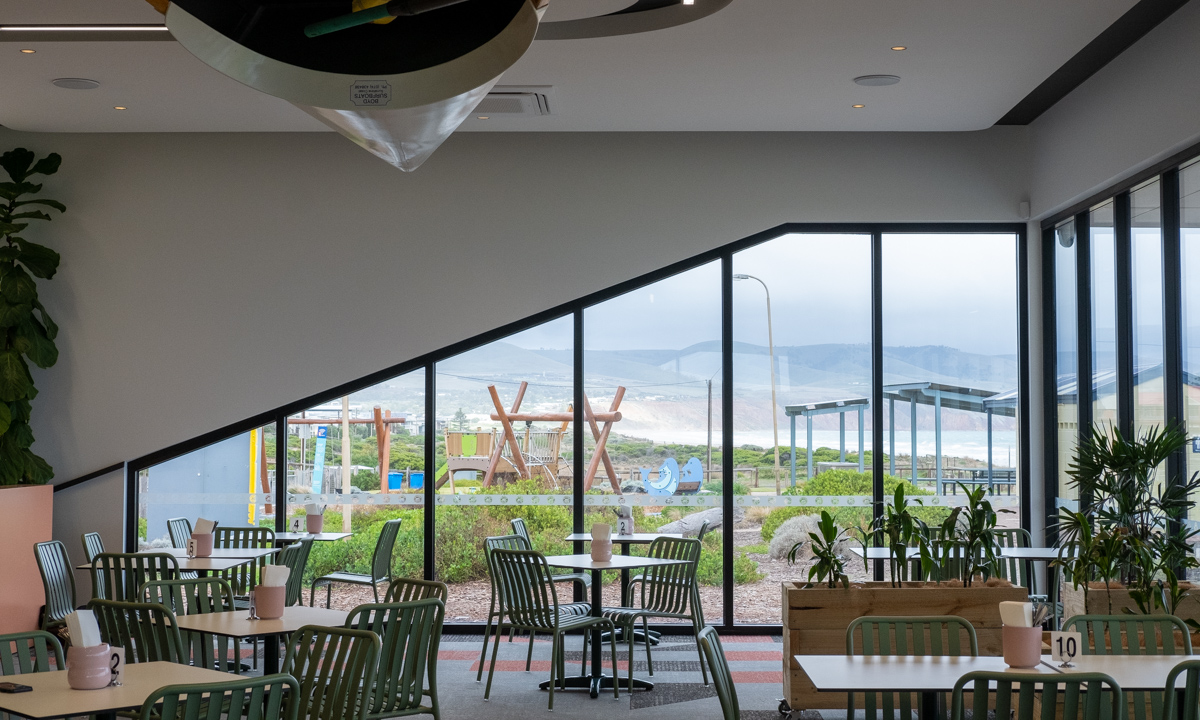