Deliquente Wine Co. is nodding to one of the Riverlands’ most iconic inventions, the goon sack, by releasing a range of premium bag-in-box wine.

It’s been 15 years since Delinquente winemaker Con-Greg Grigoriou consumed cask wine, but that’s about to change.

“The first time I was sick from drinking alcohol was from goon,” he says laughing, “the taste was just awful.”

“But I wanted to pay homage to the fact that the goon sack is a local innovation, in a Delinquente way.”

The goon sack was invented by Riverland winemaker Tom Angove, and despite being utilised all over the world, has garnered a controversial reputation.

Some associate it with low-quality wine and bad hangovers, but Greg, a fourth-generation wine producer in South Australia’s Riverland wine region, wants to change that.

There are a couple of advantages to the packaging format: drawing wine from a sack offers a longer lifespan for the product than from an open bottle, and the box can be recycled and is lighter to transport.

These reasons – and because Greg enjoys going against the grain – is why Delinquente is selling a limited edition run of 1.5 litre bag-in-box wines, under the High Crimes banner.

“It was Riverland wine that was originally put into it, which was predominantly low-quality bulk wine.

“That, and the romance around showing a bottle at a table, put the bag-in-box technology in a bad light, but alternative packaging is something that is gaining momentum now.

This box’s illustration was designed by longstanding visual artist Jason Koen, and is filled cheeky characters and bad boy behaviour the first wine labels were known for – spot the anarchy flag, giant slingshot and spray can.

The first batch of contents in the High Crimes collection will be the 2020 nero d’avola, made from Bassham Wine’s Italian grapes, that have a rustic, tannin vibe. But there’s “smashable” bright, juicy flavours too, Greg says, making this herbaceous sack best paired with pizza or pasta.

There will be other wines, such Bassham Wines’ Portugese varieties, available in the future. 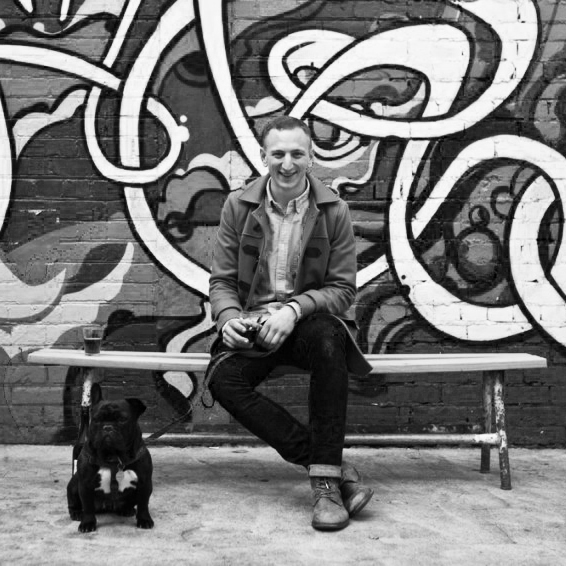 “So things like Albariño and Preito Picudo that, again, are not the classic Southern Italian varieties that we generally work with Delinquente, but they look really cool and the wines are really great,” Greg says.

It’s no surprise the entrepreneur wants to take a tongue-in-cheek approach to the long-standing wine tradition of glass bottles. He admits the move was something he’s wanted to do since the business launched in 2013.

But Greg waited patiently, building up brand recognition, before going off-kilter. Last year he purchased a wine sacking machine from the States.

“It’s a weird time to be releasing it now with the virus, but I think it’s probably adequate considering people are at home more,” Greg adds.

“People don’t want to open a bottle every night and worry about finishing it, and you can just have a glass and the wine is going to be just as fresh the next day and for the next week or two compared to when you open it.

“It suits our situation.”