The much-hyped food and drinking destinations of New York City's Brooklyn have been brought to life in Rundle Street thanks to an effective melding of interior and graphic design at new bar, BRKLYN. 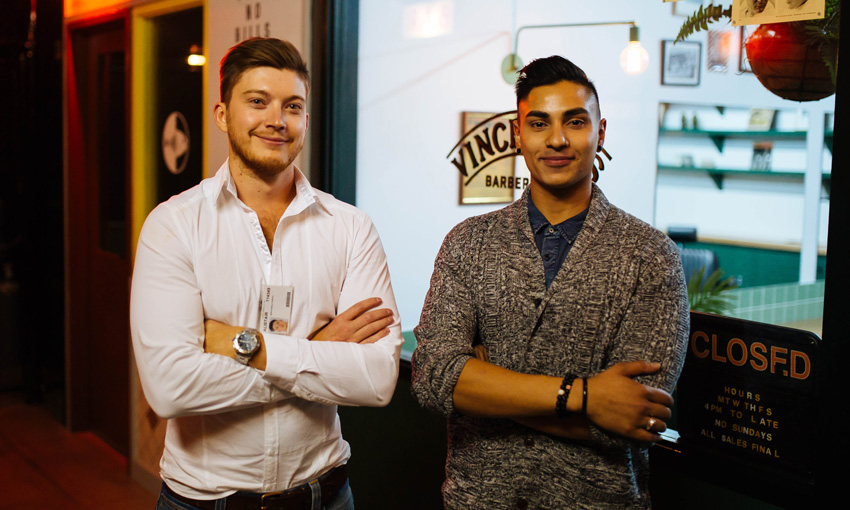 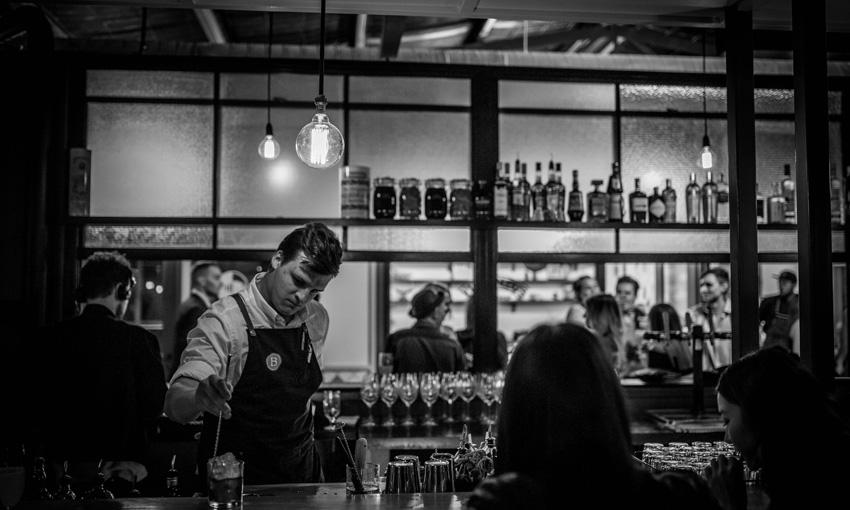 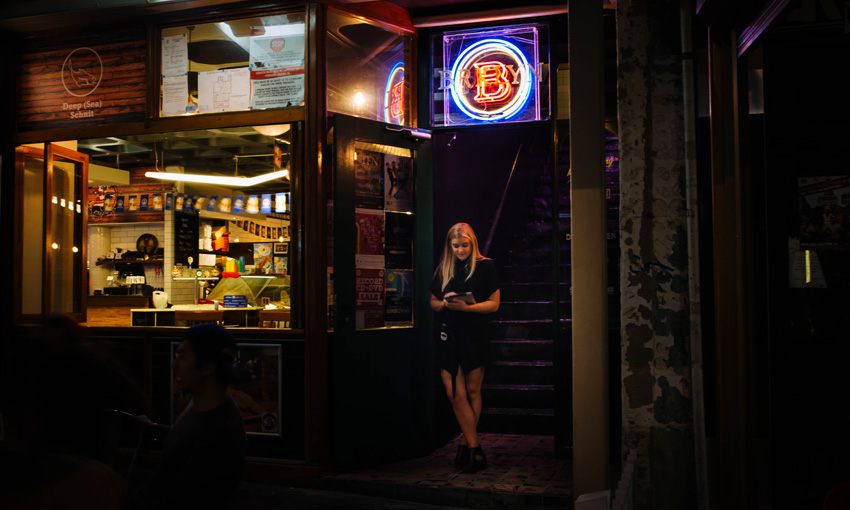 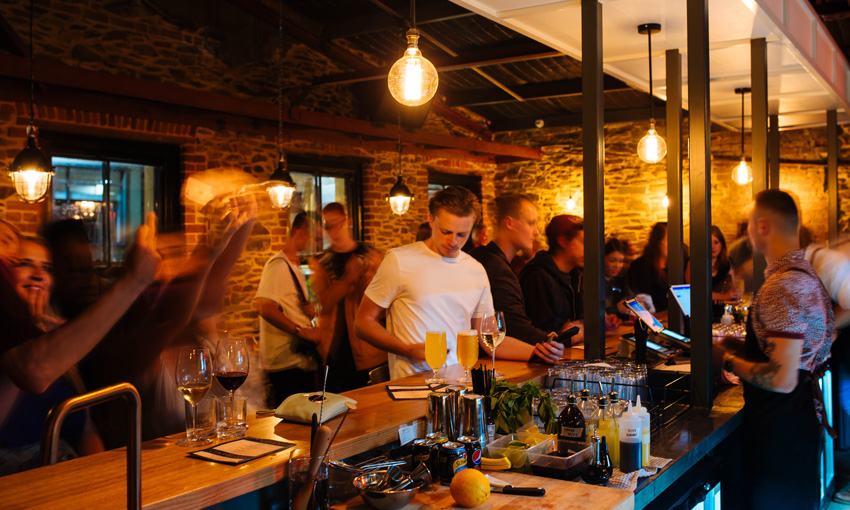 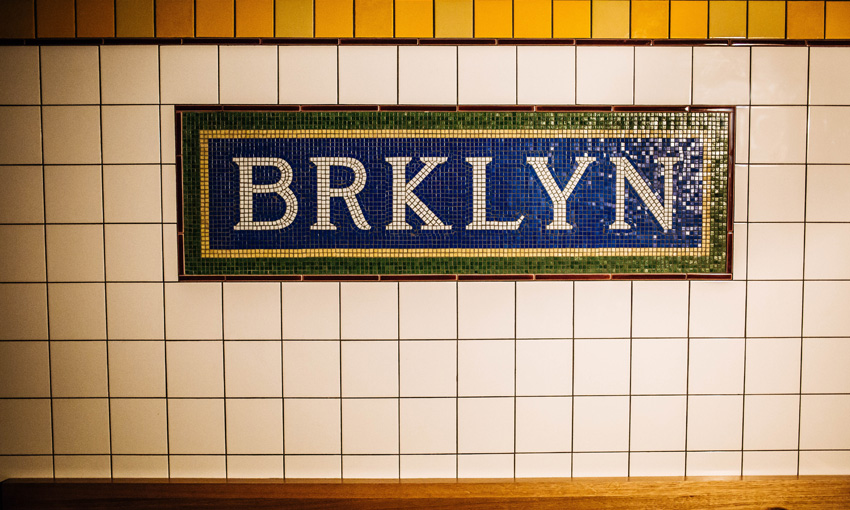 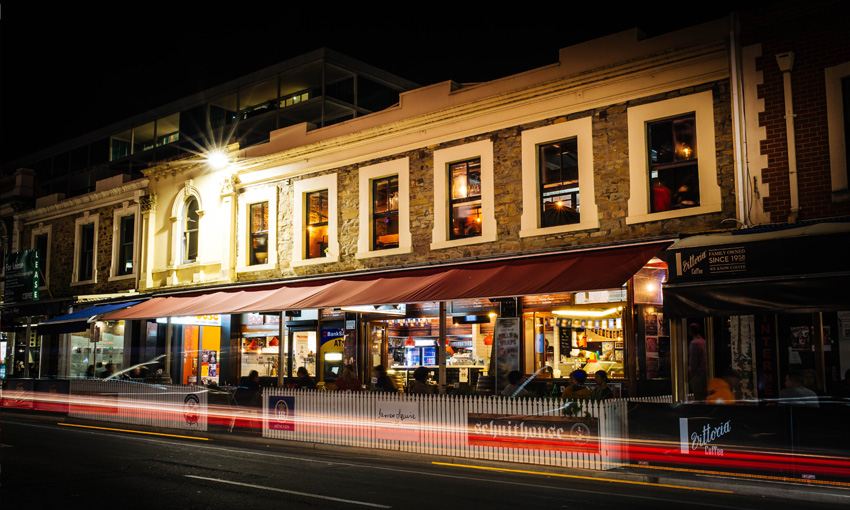 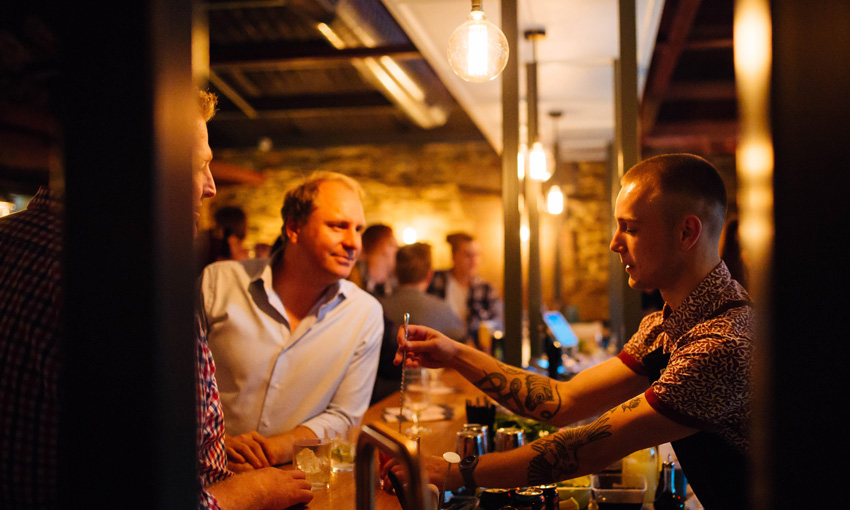 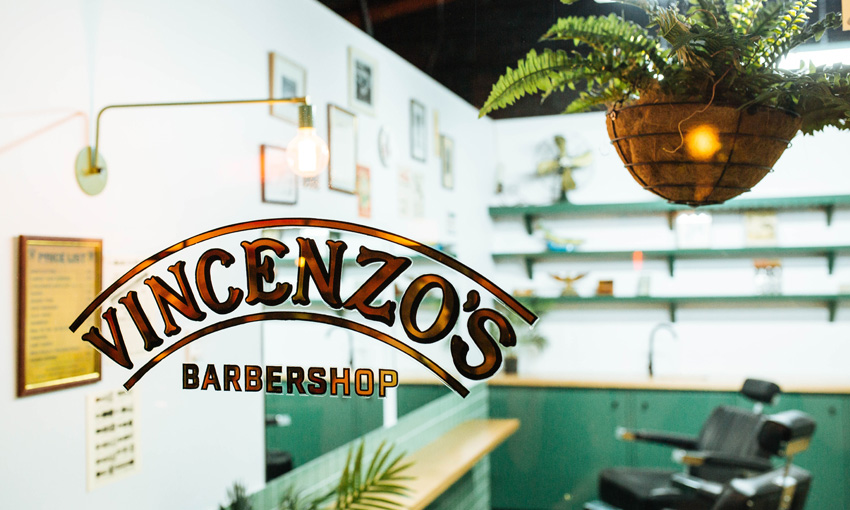 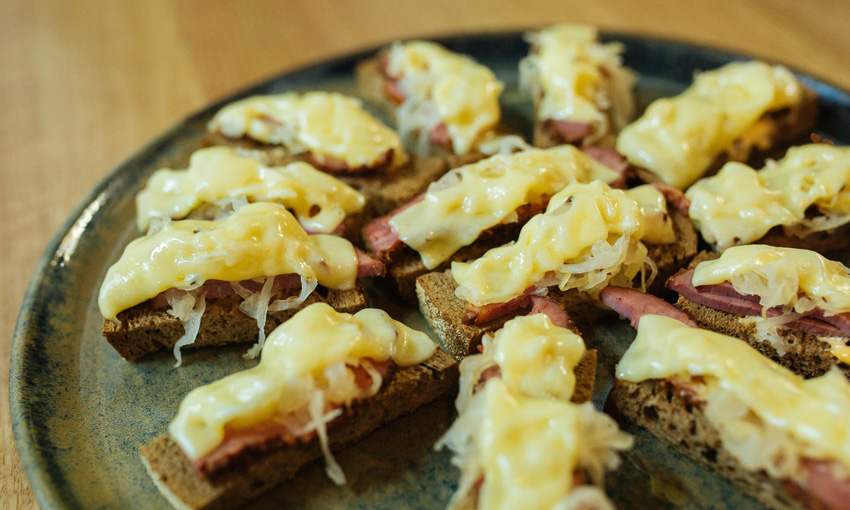 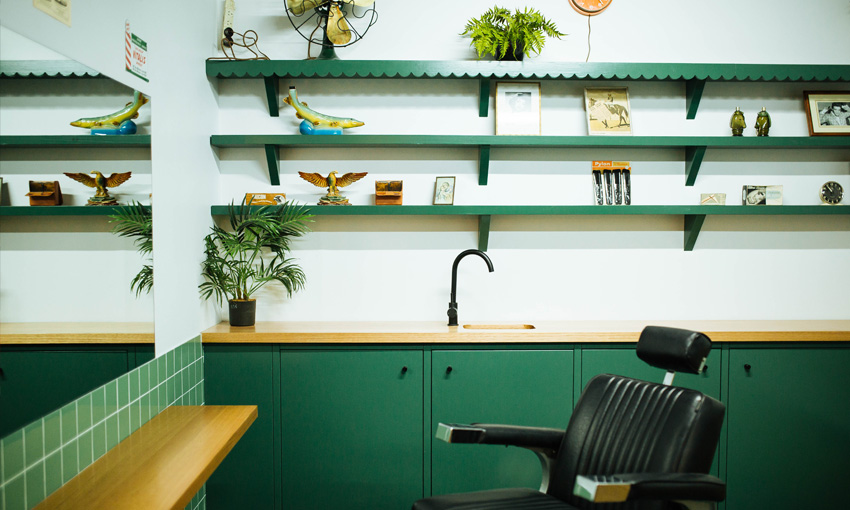 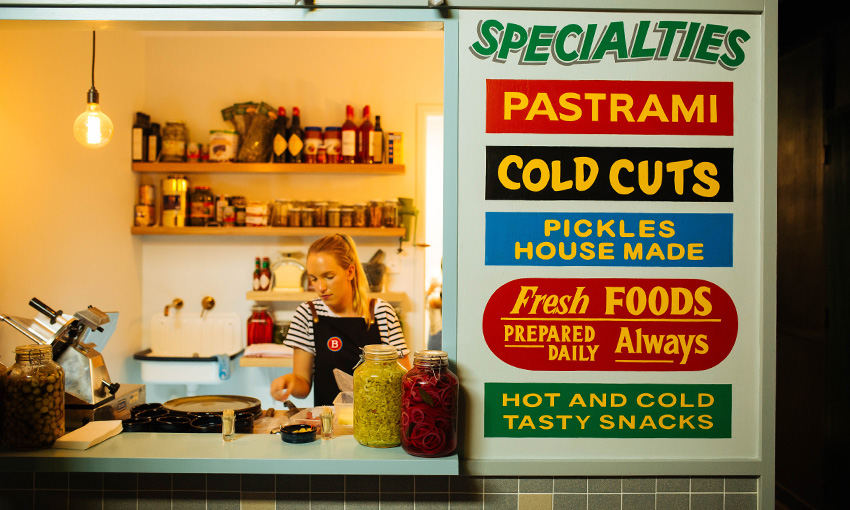 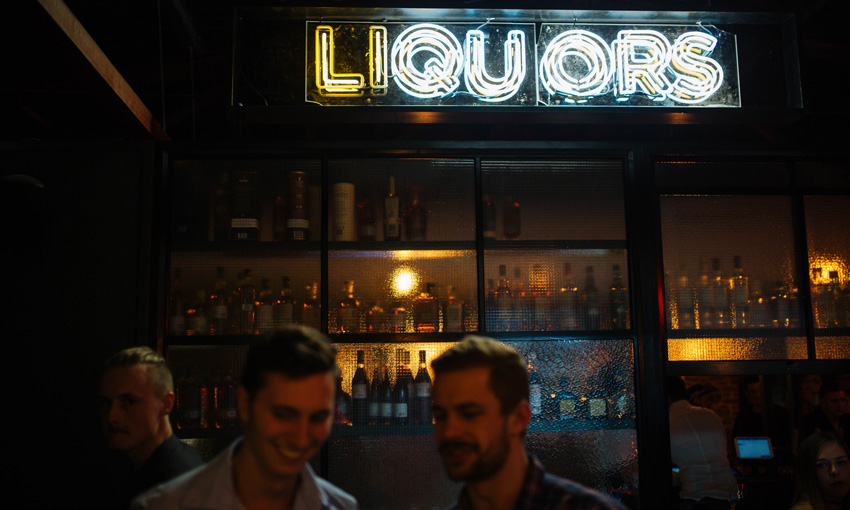 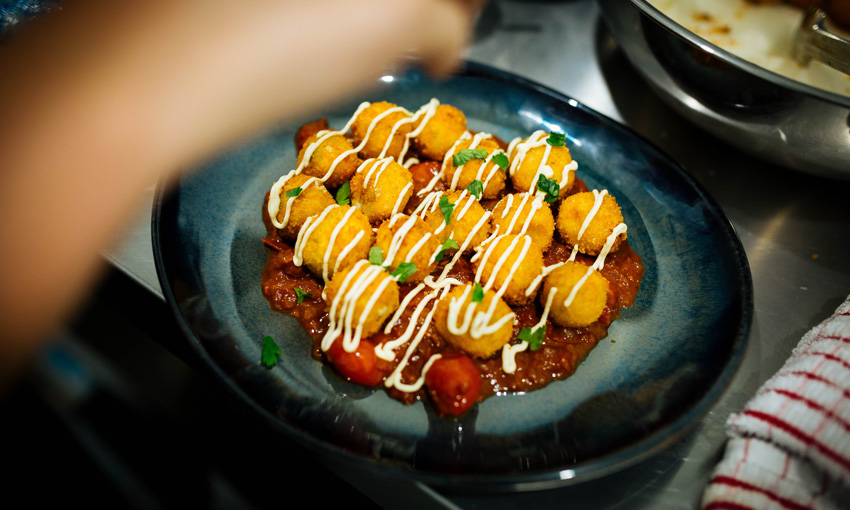 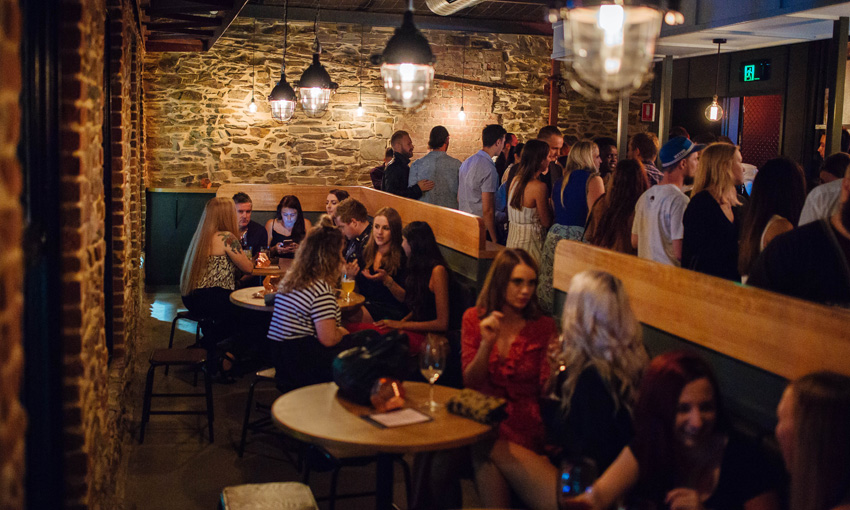 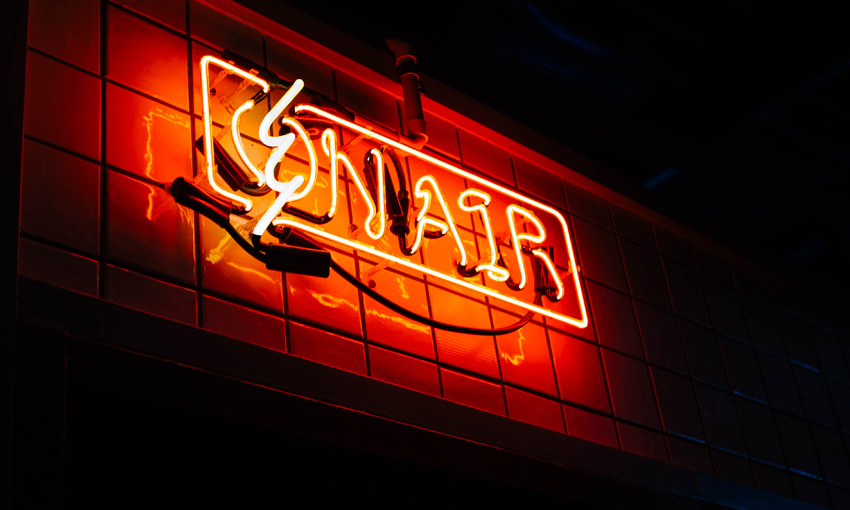 New East End bar BRKLYN opened its doors for the first time last night following delays due to an unfortunate encounter with thieves. Business owners, Rashaad Chénia and Alistair Loose, didn’t let that affect them on the night.

BRKLYN will be opening on April 8, at 260a Rundle Street, Adelaide.

Inspired by Brooklyn’s gentrified, arty suburbs of Williamsburg and Bushwick, the bar isn’t actually just a bar – it’s a hub of New York-themed retail spaces, including a bodega (deli), barbershop, and a refurbished studio space for the SoundPond DJs.

“The space is designed to be an experience,” says Rashaad, and it certainly does feel that way.

Matiya Marovich of Sans-Arc studio did a great job of elicting the feeling of drinking and dining in Brooklyn. The downstairs entrance looks like a subway entrance; complete with stairs, tiles and a wooden bench that looks so similar to actual subway benches you could be mistaken for thinking it was the real deal. And, sitting on the low stools beside the large open windows, which are framed by exposed brick and lit by subway-lamp inspired lights, evokes the feeling of sitting on a rooftop in Bushwick.

At the bar, patrons can order from a selection of exclusively local wine, local and international craft beer, and the unique cocktail menu designed by Alistair himself. Particular cockatils that drew our eye were the Avocado Margarita and the Pistols At Dawn, the latter of which includes, among other things, chipotle infused blanco tequila and capsicum.

The mini bodega is headed up by chefs Jordan Christopher and Julian Rydom. Jordan says the menu is a collaborative effort. Though serving up the classic pastrami sandwich, the menu also includes eggplant croquets, pickled celery, and pickled grapes, or “unwined wine” as Jordan calls them.

BRKLYN will be opening its doors on April 8th, and will keep them wide open every Wednesday to Saturday, from late afternoon to 2am.