After three years developing the concept in festival food stalls, Ragini Dey's naanchos now have a home on Hutt Street. 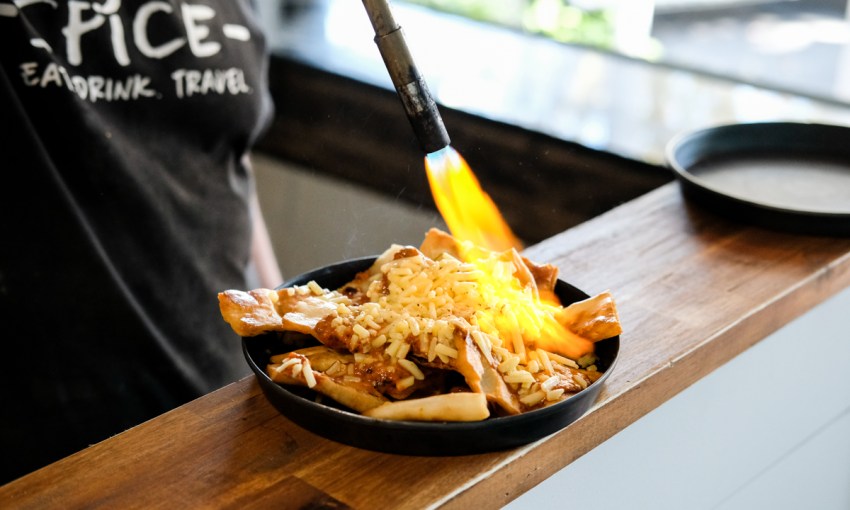 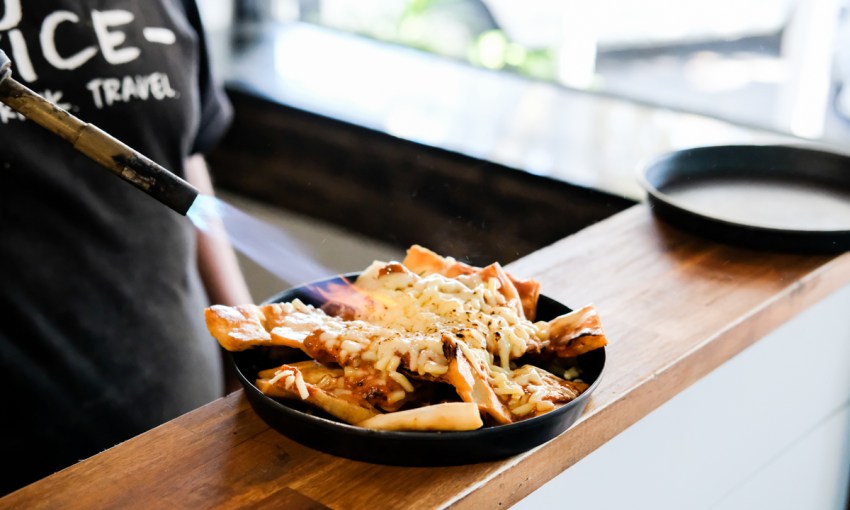 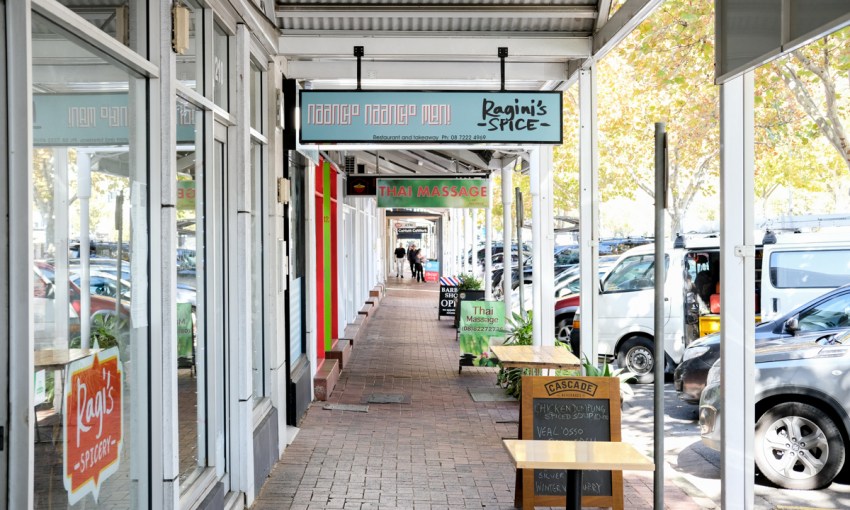 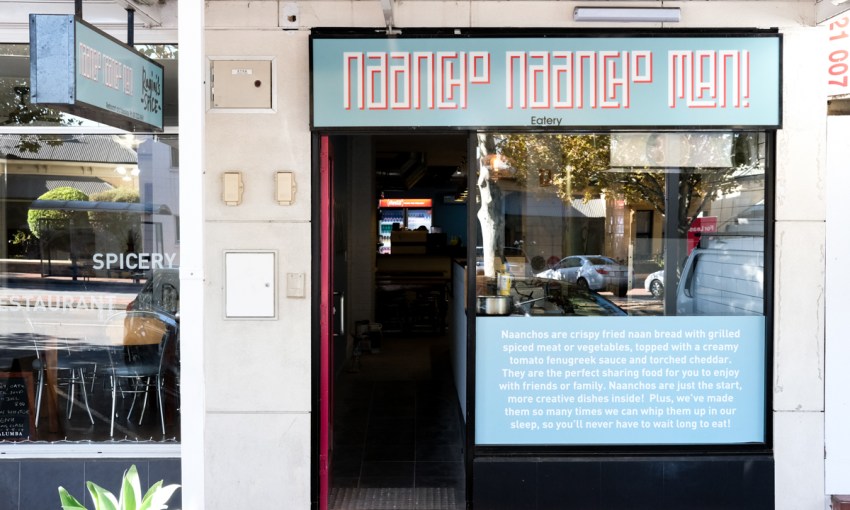 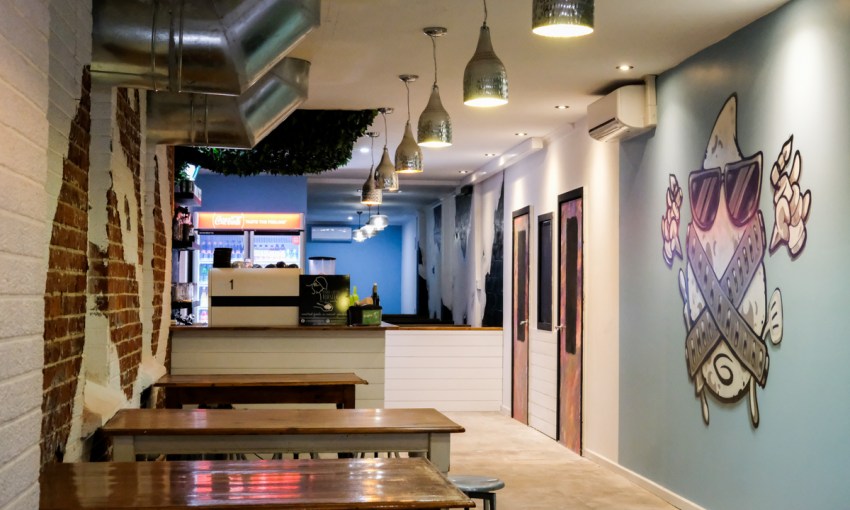 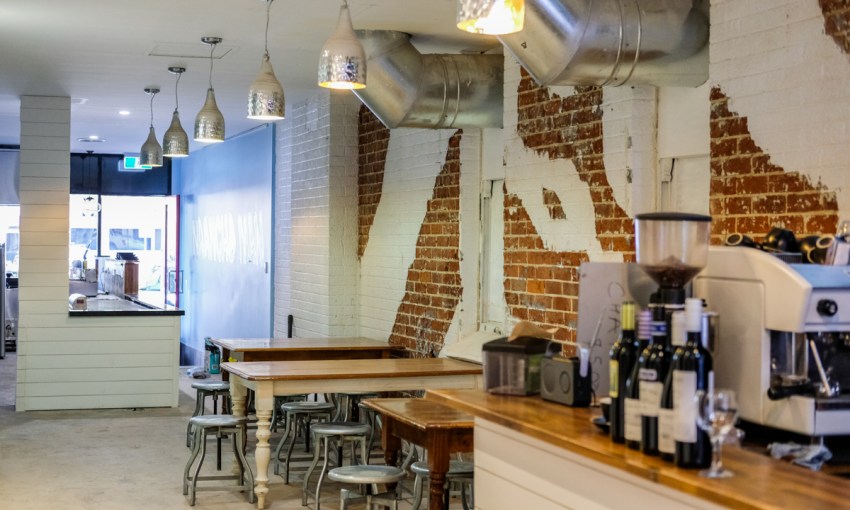 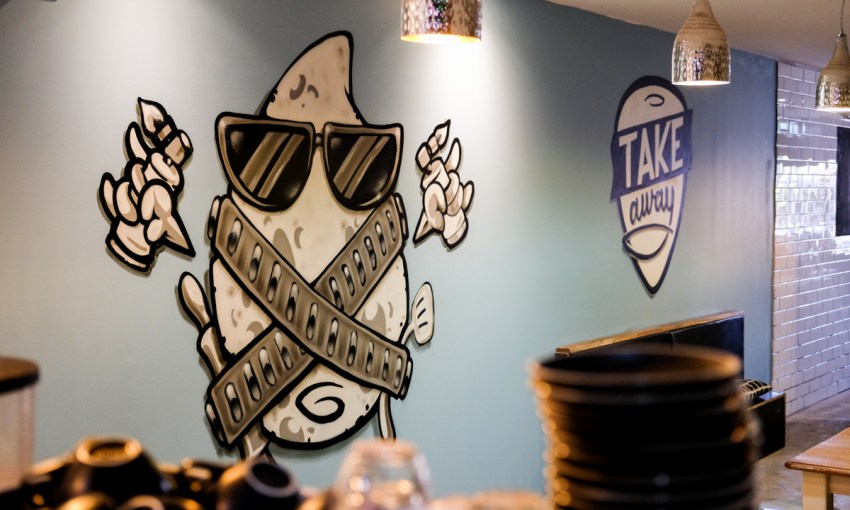 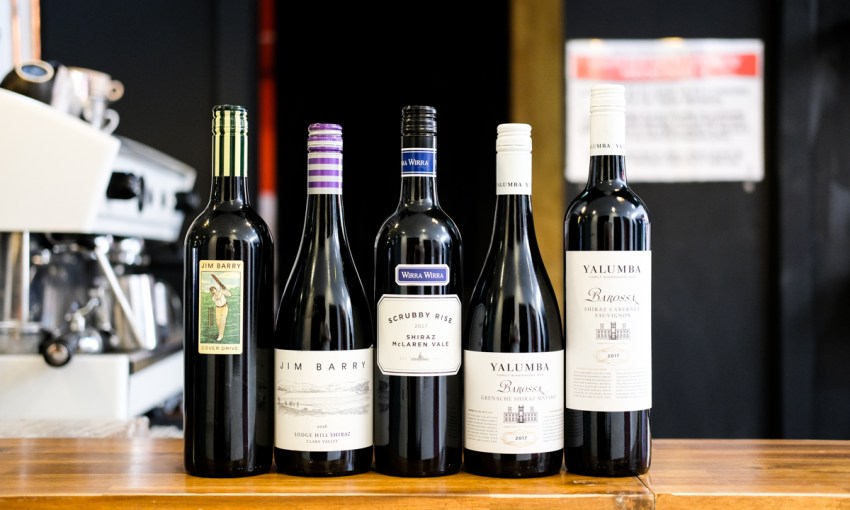 Stop taking food so seriously. Food should be fun.

That was the message Ragini Dey had for us back in March, when she first introduced CityMag to her upcoming restaurant concept, Naancho Naancho Man.

Officially opening on Thursday, 13 May, the restaurant will see Ragini finally give her naancho invention – a festival food stall favourite – a bricks-and-mortar home, right next door to Ragi’s Spicery.

As the portmanteau implies, the dish takes nachos and packs on a tonne of traditional Indian flavours. In one variation, fried naan is cut into pieces and topped with chicken tikka, butter chicken sauce, and then topped with cheese that is then blowtorched. There are also versions for vegetarians and those looking for a lighter (i.e. less cheese-oriented) take on the snack. 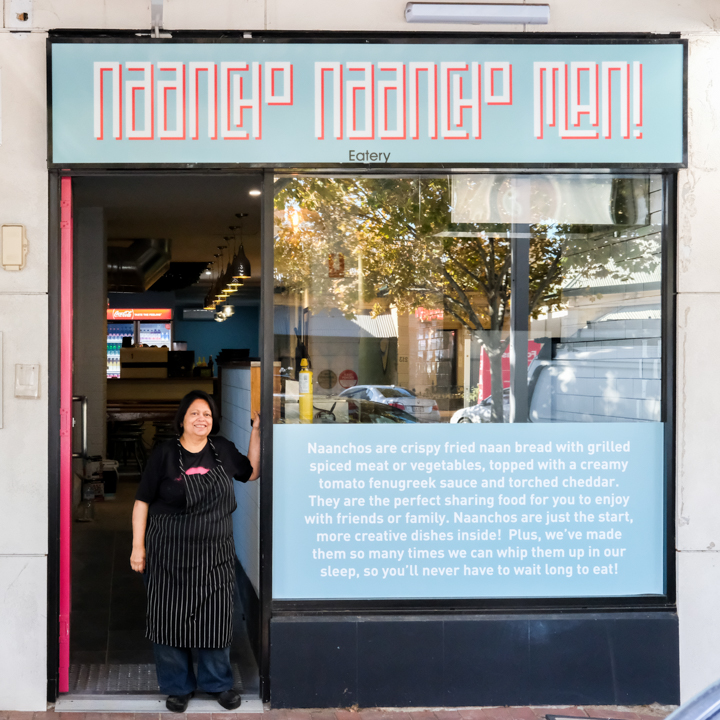 “We introduced, at Tasting Australia actually, three years ago, this thing called the naancho, which basically is an easy way of eating a cheese naan with butter chicken,” Ragini says.

“Sunrise actually picked up on that, so then it went crazy, but it took a little while for people to like it… Since then we’ve done it at OzAsia and other places, and now people are saying ‘We’ve waited one full year before we can eat this!’

“[Naancho Naancho Man], of course, is going to be much more refined in the sense of lots of other versions, [and other dishes that are] similar, but a play on that, so we will have some breadless nachos and things like that, but the concept will be the same.”

Alongside the naancho menu will be ‘naanoritos,’ ‘naanurgers,’ ‘soft Asian tacos’ and pams – a fermented rice and lentil pancake that Ragini likens to bao. 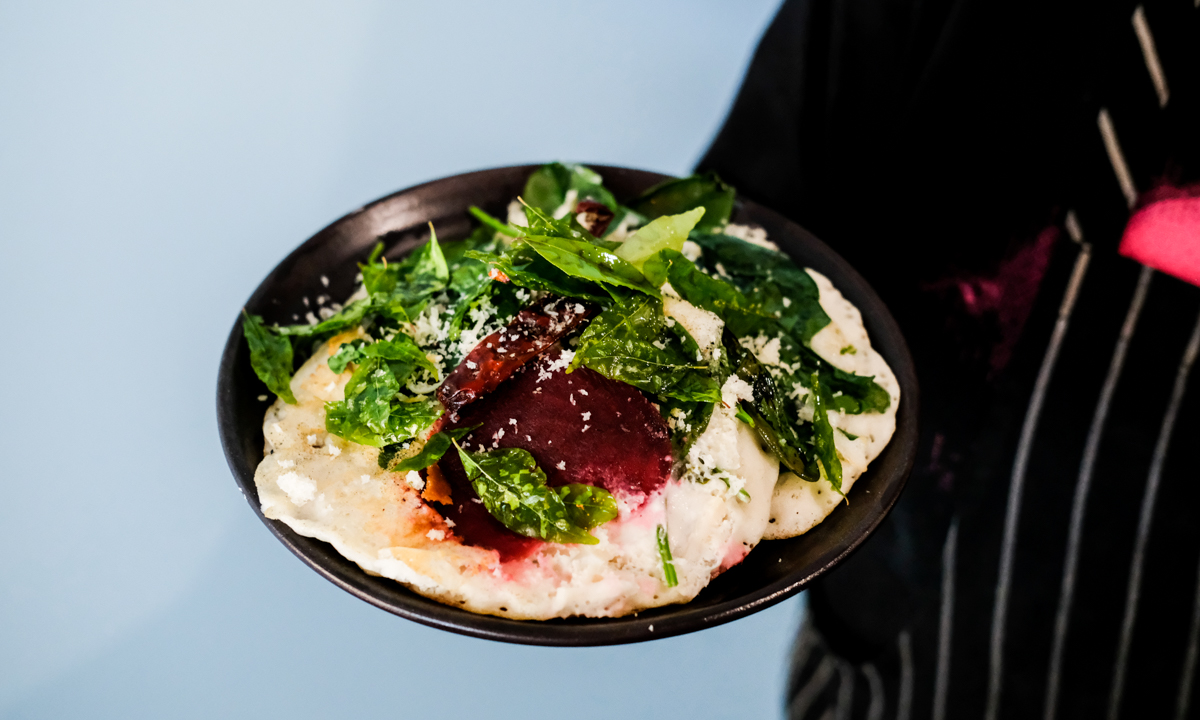 In her Tasting Australia event this year, Ragini tracked the history of Indian food in the Australian context, from her arrival in the country in 1982 until now. Naancho Naancho Man is Ragi’s interpretation on where she thinks Indian cuisine could go next, but she is conscious of the local market’s dedication to traditional Indian food.

“They can go from spaghetti bolognaise and go and have something else, but with Indian food they seem to really stick onto the butter chickens and the lamb rogan joshes and all of that, and if you don’t have that it’s hard to succeed.”

But Ragini has always made a point of presenting even her traditional dishes in original ways.

“We started this whole thing of smoking at the table,” she says.

“In India, traditionally, they would have smoked it at the back-of-house and then brought it out, but we though ‘Well, we’re in Adelaide, we can do this.’

“So we had a cloche and we had lit charcoal, which had the smoke because we put the butter on it, and it smoked, we took it off and showed it to the customer, and everyone went ‘Wow!’ because Indian restaurants didn’t do stuff like this [previously].” 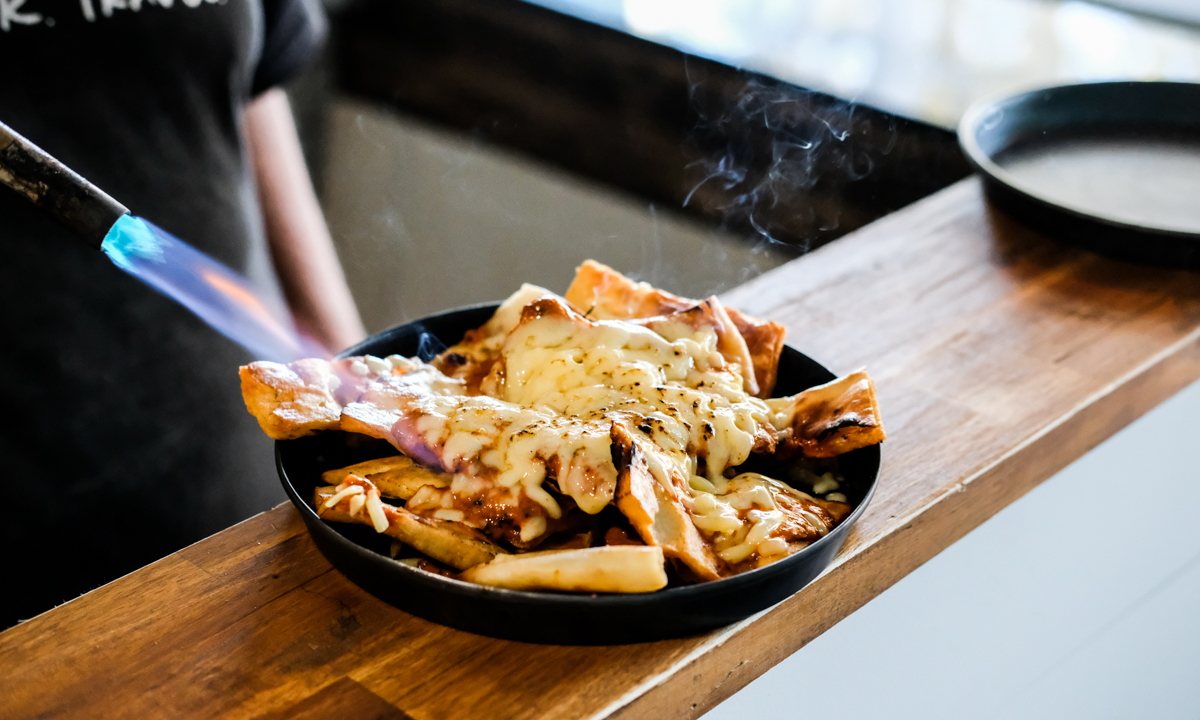 The invention and adaptation evident in Naancho Naancho Man is also a key feature evident throughout the history and evolution of Indian cuisine.

“People think street food’s the really authentic thing, everything else is rubbish, but that’s not true. Street food is fabulous and it’s something that appeals to everyone and is delicious, but there are classical dishes, [which] came from the Mughals who built the Taj Mahal, because they set up these fabulous kitchens with hundreds of thousands of chefs all vying with each other to cook something for the emperor.

“They were cutting up almonds and shaping sultanas to look like rice and lentils, and dry ice and things like that. We look at Heston [Blumenthal], but they were doing that 3000 years ago.”

In the humble naancho, the evolution continues. And most importantly: it’s fun and it tastes delicious.