From the grand opening of the world’s shortest tunnel to the locally blown glass lights and redwood-fired grill, this new upstairs/downstairs establishment is Adelaide at its best. 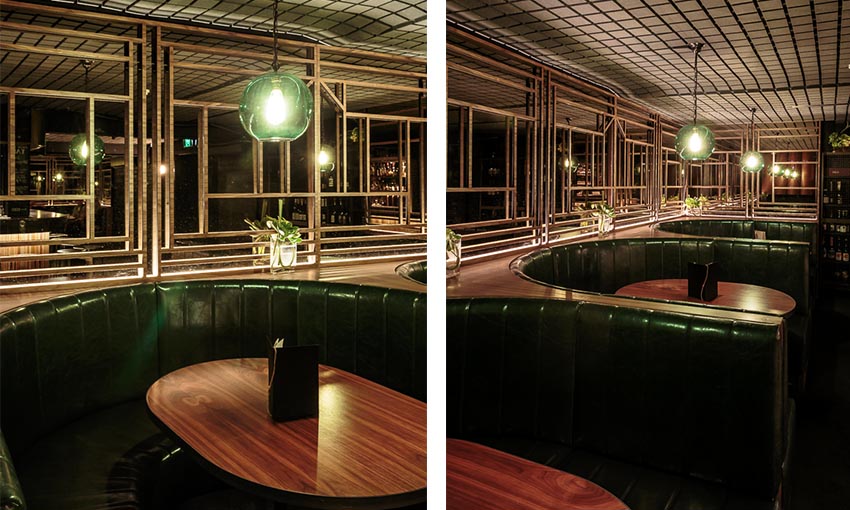 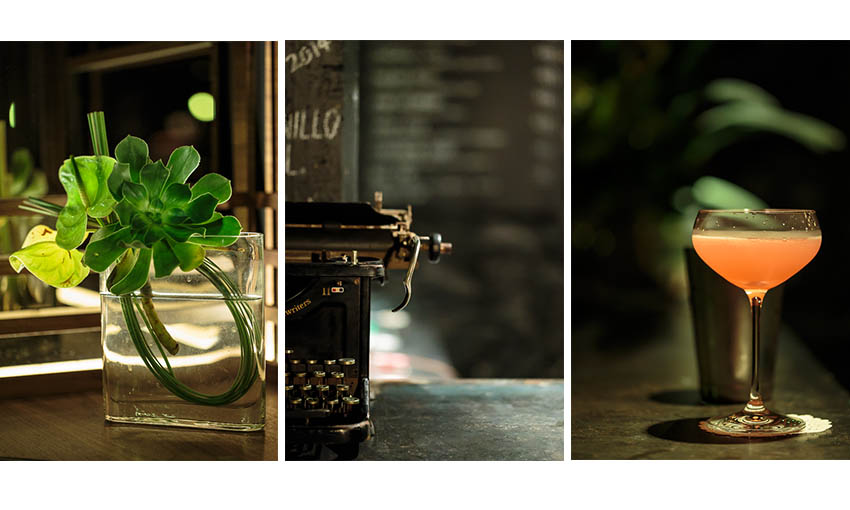 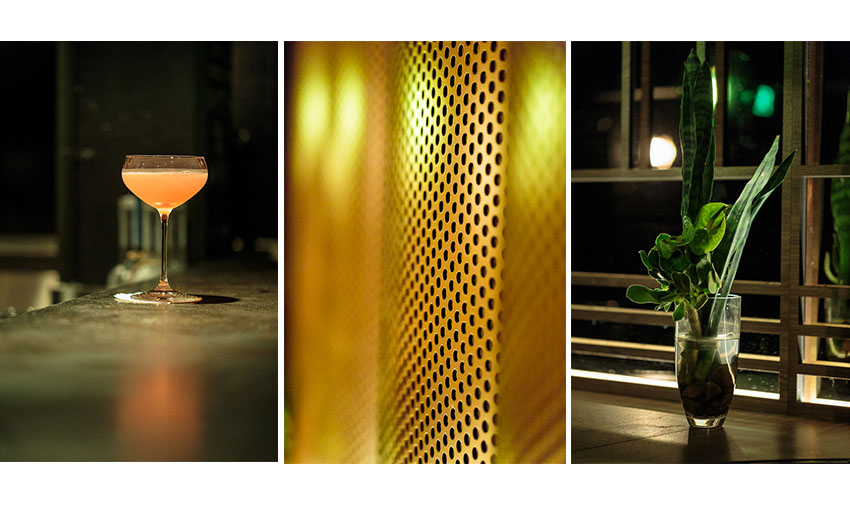 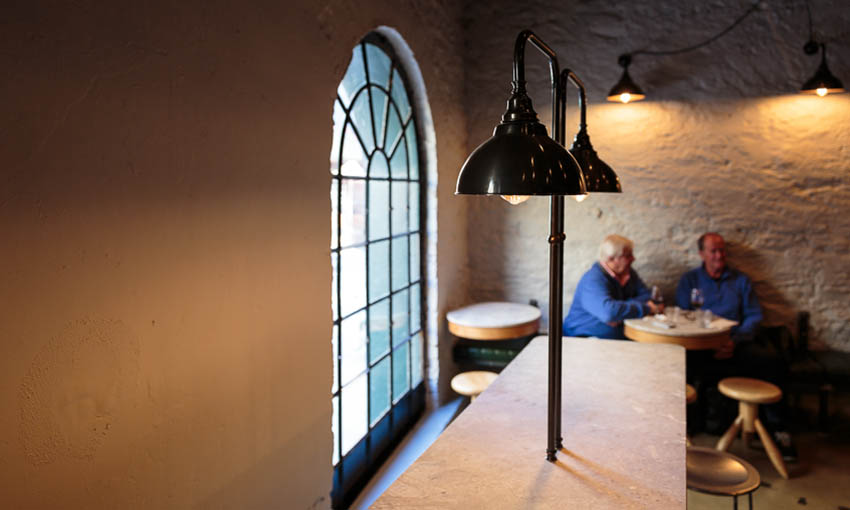 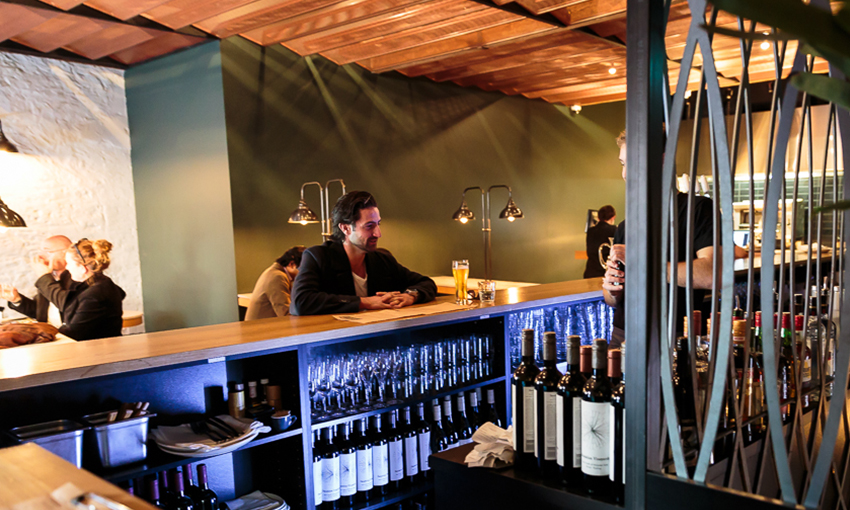 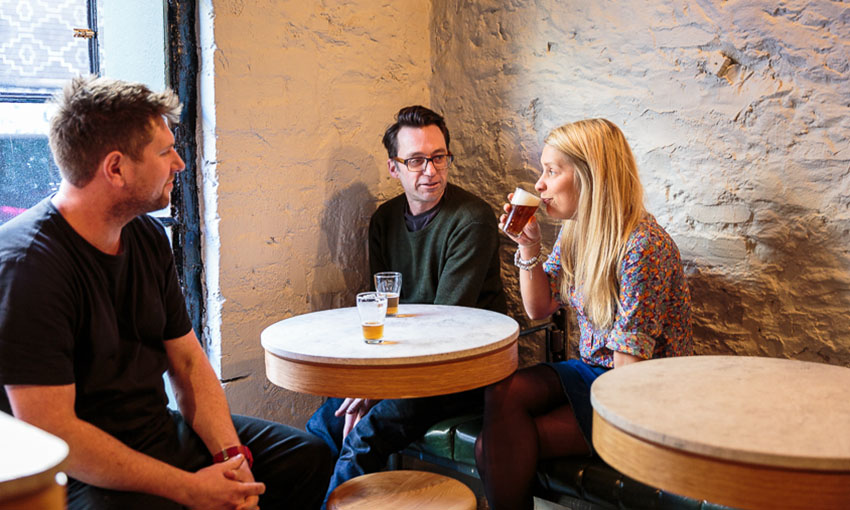 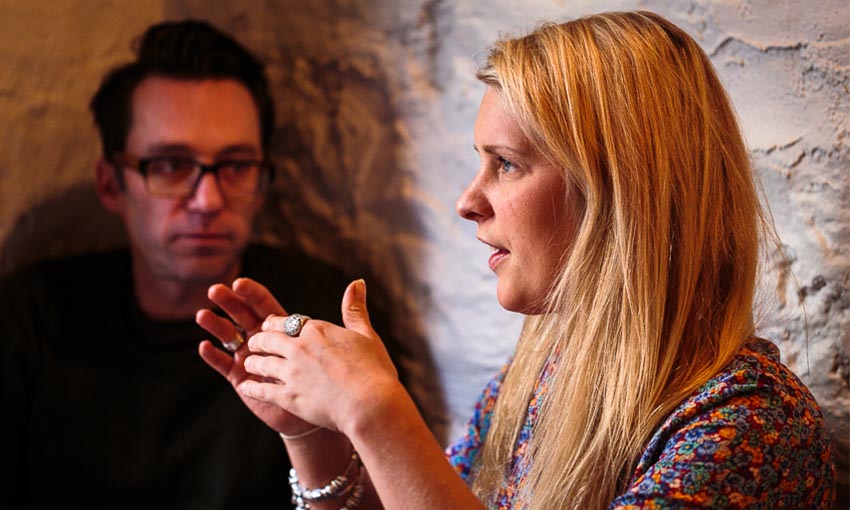 In the beginning there was Press*. Well, actually there was The Pot on King William Road, Hyde Park. Then Melt… but whichever way you trace it back, you’ll find Simon Kardachi. Now, he has a new venture on Peel Street that is absolutely on-point.

Until now, CityMag couldn’t determine exactly what made Press*, Melt and Simon’s bar Proof so popular. It wasn’t just the fit-outs, though they’re sublime. It wasn’t necessarily the food, though delectable. It was something in-between all the visible and edible components that just made you feel fantastic.

That feeling abounds, again, at Bread & Bone Wood Grill and Maybe Mae on Peel Street. But it’s a little more obvious here what makes the venue work so well.

CityMag sits down with three good reasons why this place has been such an immediate success – co-owners of the space: Mark Veall, Jonathon Walsh and Tori Behrendt.

“I was managing Press for three years – since it opened,” says Mark, working partner and front of house manager of Bread & Bone. “I was asked to come on board (with Bread & Bone), and I liked the idea.” Bread & Bone is the upstairs restaurant to Maybe Mae’s downstairs bar, both located at 15 Peel Street. It is the joint venture of seven Press* people both past and present: Simon Kadarchi remains at the helm and is joined by Press* Head Chef Andrew Davies, Eloise Riggs (Press*), Joseph Wilkinson (Proof) and the three we’re currently sharing a beer with.

We’re camped downstairs in one of Maybe Mae’s luscious green-leather booths. Decorative timber framework stretches across giant mirrored walls and heavy-looking emerald green pendant lights (made down the road at Jam Factory) hang low over the table. The bar is closed and yet there’s still a lovely warmth to the space that many venues lack without bodies in them.

“I honestly have not found the time to climb upstairs,” says Tori.

It’s a month since the venues opened.

“I’ve been pretty much downstairs, I’ve exclusively lived off nuts and bolts (curry-spiced Nutri-Grain) for the last three weeks. Which, you know, could be much worse,” laughs Tori.

“It is quite hilarious,” adds Mark. “Like, in some parallel universe if it’s full upstairs I’ll show people down, open the door for them, see everyone having a good time and then go back up. In the time that we’ve opened, I’ve tried one of the cocktails off the list…”

“I’ve been down once,” chimes in Jonathon.

“I have no idea what happens up there,” Tori laughs.

The two spaces can feel  worlds apart but the staff and service are what brings Bread & Bone and Maybe Mae together.

Upstairs and downstairs have Press’ signature contradictory service – at once formal and laconic, quick and leisurely, academic and fun. You’re welcome here and for the duration of your stay, you actually believe that you’re a part of it all. Of course it hasn’t all been smooth sailing.

The so-called New-York-subway-like tunnel that acts as an outdoor eating area for Bread & Bone and thoroughfare from Peel to Leigh Street is a strong part of both venues’ identity. However Jonathon, Mark and Tori found the comparison of their tiny tunnel to the thousands of kilometers of underground infrastructure in New York as less than helpful.

“Adelaide is building a scene for itself, and I wish people would stop comparing it to other scenes and just let us be our entity, and I hope that places like this and Clever Little Tailor and Udaberri and Proof are all helping us build our identity as having cool little spots where people can come and feel comfortable and not, you know, have too much wank,” says Tori.

It’s a strong argument, ultimately backed up by the bartender’s experience working at Clever Little Tailor, Proof and Press*.

“I see the same customers at all those places, I love walking down Peel Street and, you know, being around this part of town,” she says. “That is what sets us apart from Melbourne and Sydney, is that you kind of always know someone, it’s great.” Magic being poured into a glass at Maybe Mae

“It’s got a nice little community feel,” agrees Mark. He’s also keen to see Adelaide become more of itself and for him that’s about people.

“I think it’s sort of evolving, and largely that’s because of the staff that have started and, as we’re building the staff and they’re getting used to the place, they’re helping give it an identity.”

New York subway tunnels make New York great. The tiny tunnel that connects two of Adelaide’s most exciting streets is part of what makes Adelaide great but so is the music playing in that tunnel, the glassware on the table and the people welcoming you warmly.