The minds behind Public, Way Back When, and Bowlsome, Danielle Elia and James Anthony, have finally opened Pippo: a Mediterranean-inspired all-day restaurant in North Adelaide. 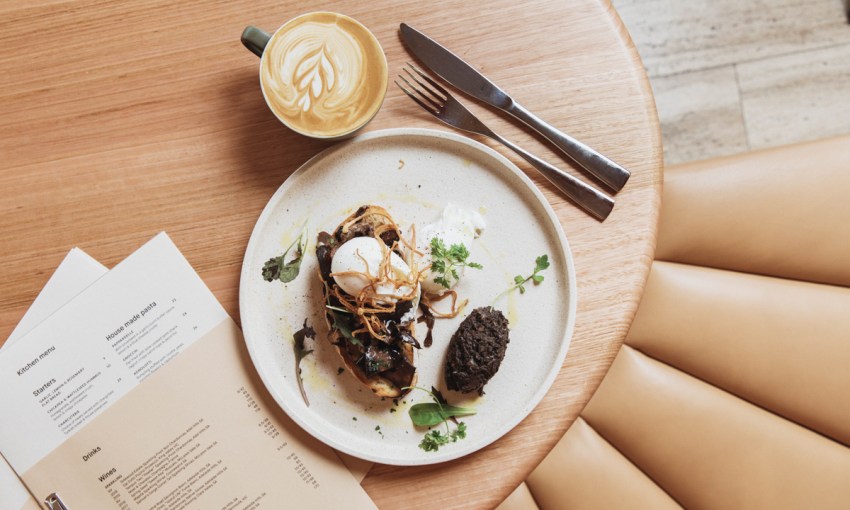 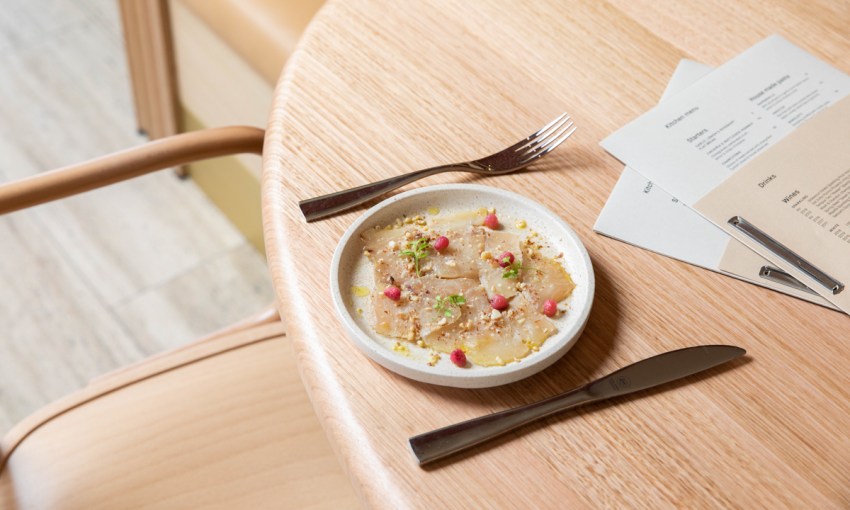 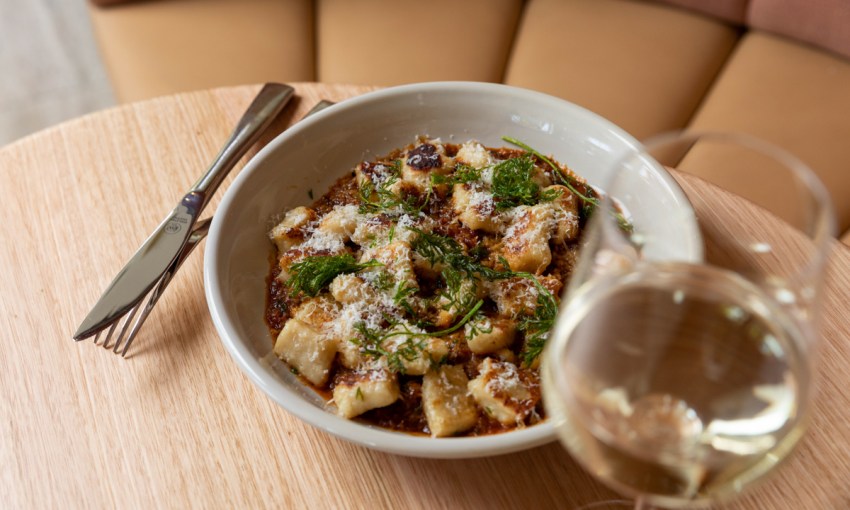 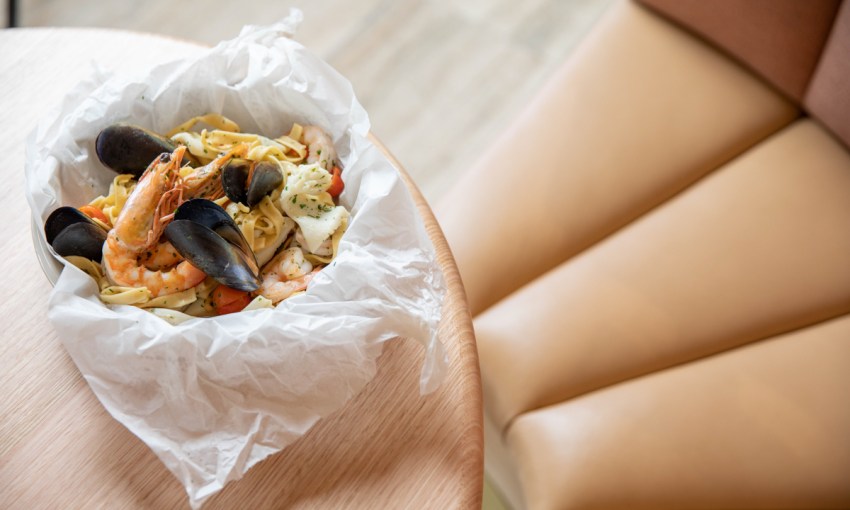 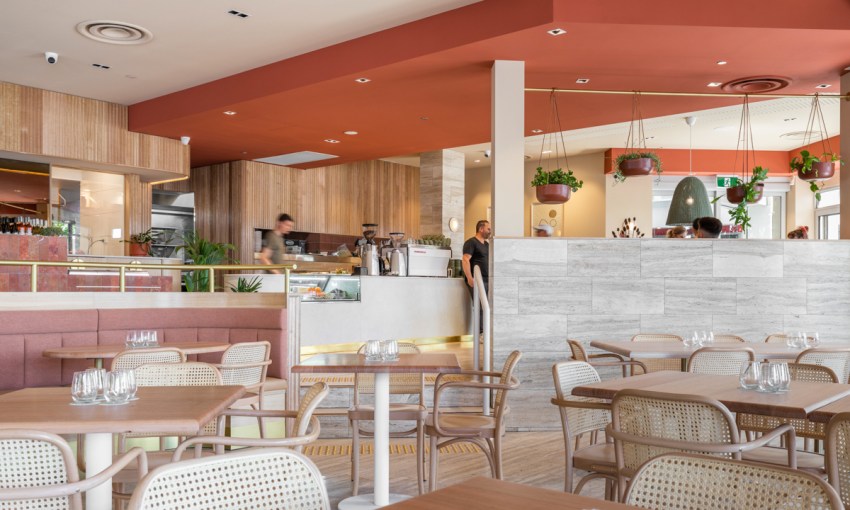 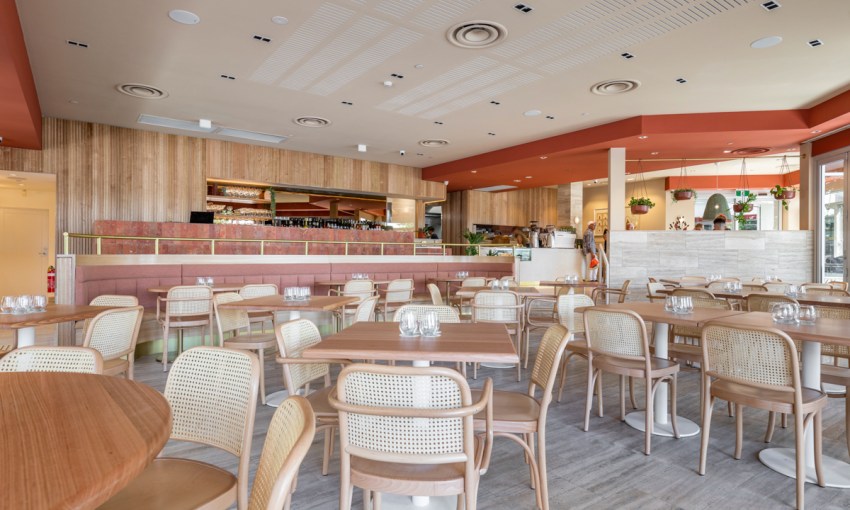 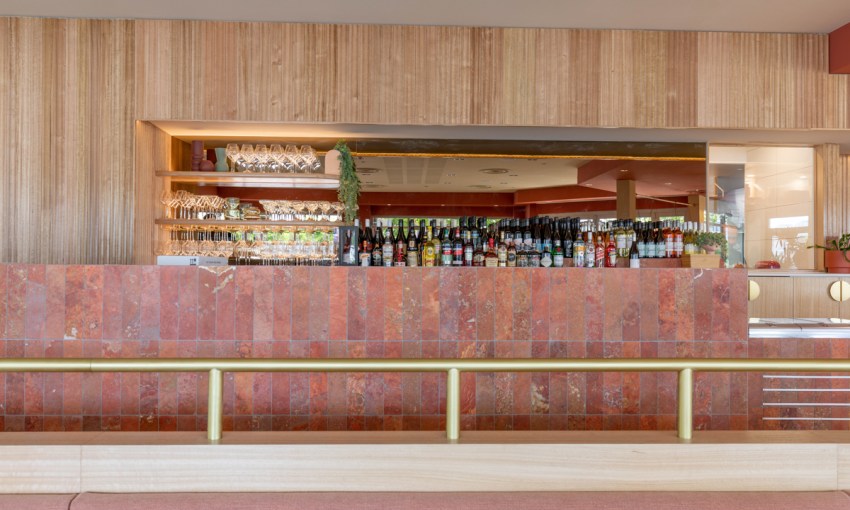 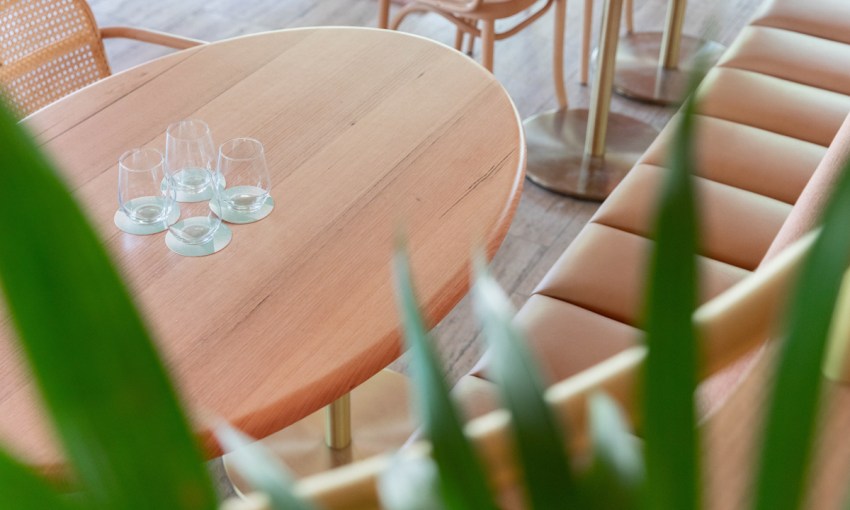 CityMag meets with Danielle Elia onsite at Pippo – the new all-day eatery opened in the former Paesano site in North Adelaide – the morning after the restaurant’s friends and family gathering.

We don’t need to step inside before the remarkable transformation of the space is apparent.

Through the clear glass windows, the bright travertine tiles and pale pink booths call attention from passers-by outside, and during the course of our interview at least two locals let themselves inside to enquire about the menu.

Both Danielle and her partner, James Anthony, describe the location as a dream site. North Adelaide has long languished as an underserved market, but slowly food and beverage operators have begun to come in and fill the gaps.

“People haven’t moved out of the suburb just because it hasn’t had a good run on the street. People still want an offering, they’re still around, they’re still working around here,” Danielle says.

“That’s the thing, is there were just no options here. This is bringing them back to this area.”

The corner site of the North Adelaide Village is quite a sizable gap to fill – one of immense opportunity. 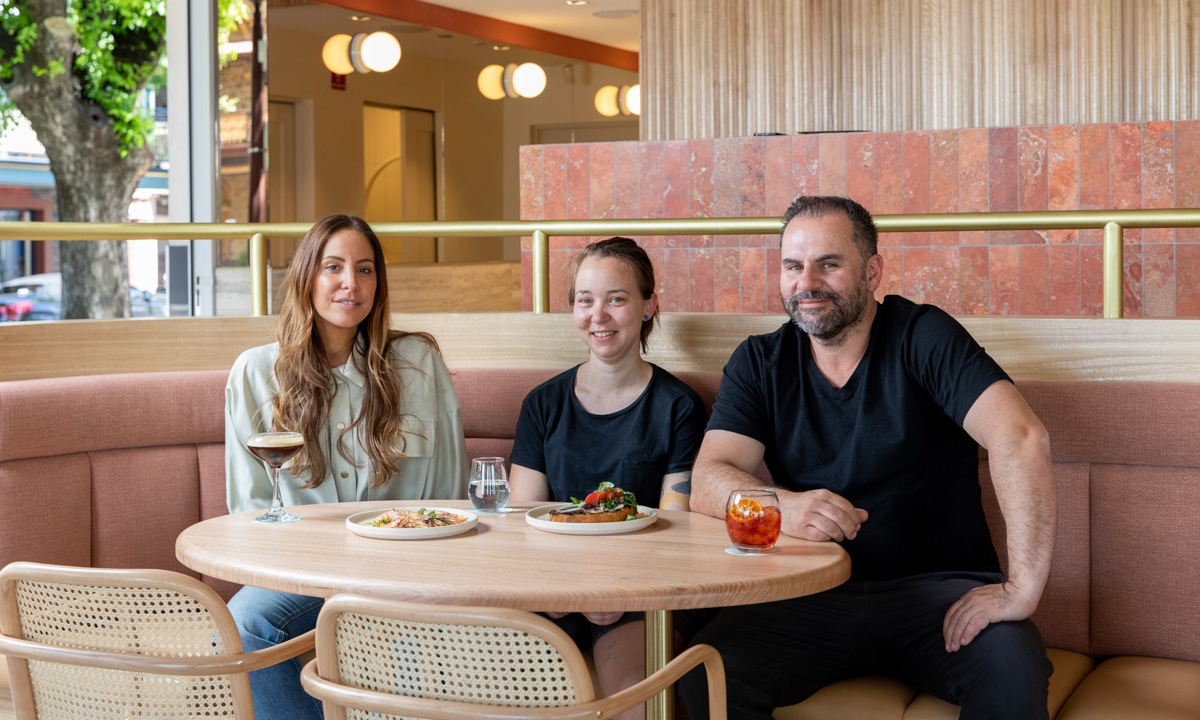 Pippo offers meals from 7am ‘til late seven days a week, with three different menus – breakfast, lunch, and lunch-to-dinner – designed by chef Jaime Glennie, who is the executive chef across Pippo, Public, and Way Back When.

The food draws heavily on Mediterranean influences, without being too prescriptive, and is described by Jaime as Modern Australian.

“It’s not really a particular [cuisine], because I’ve got a couple of Asian influences and stuff like that in there as well,” she says.

Importantly for an all-day restaurant, Pippo aims to appeal to a broad clientele.

Pippo will also have grab-and-go options for workers on a tight lunch-break schedule, and Bowlsome next door also complements this market.

The wine list is South Australia dominant, with by-the-glass prices hovering between $8-$11, and there is a generous cocktail selection to choose from. 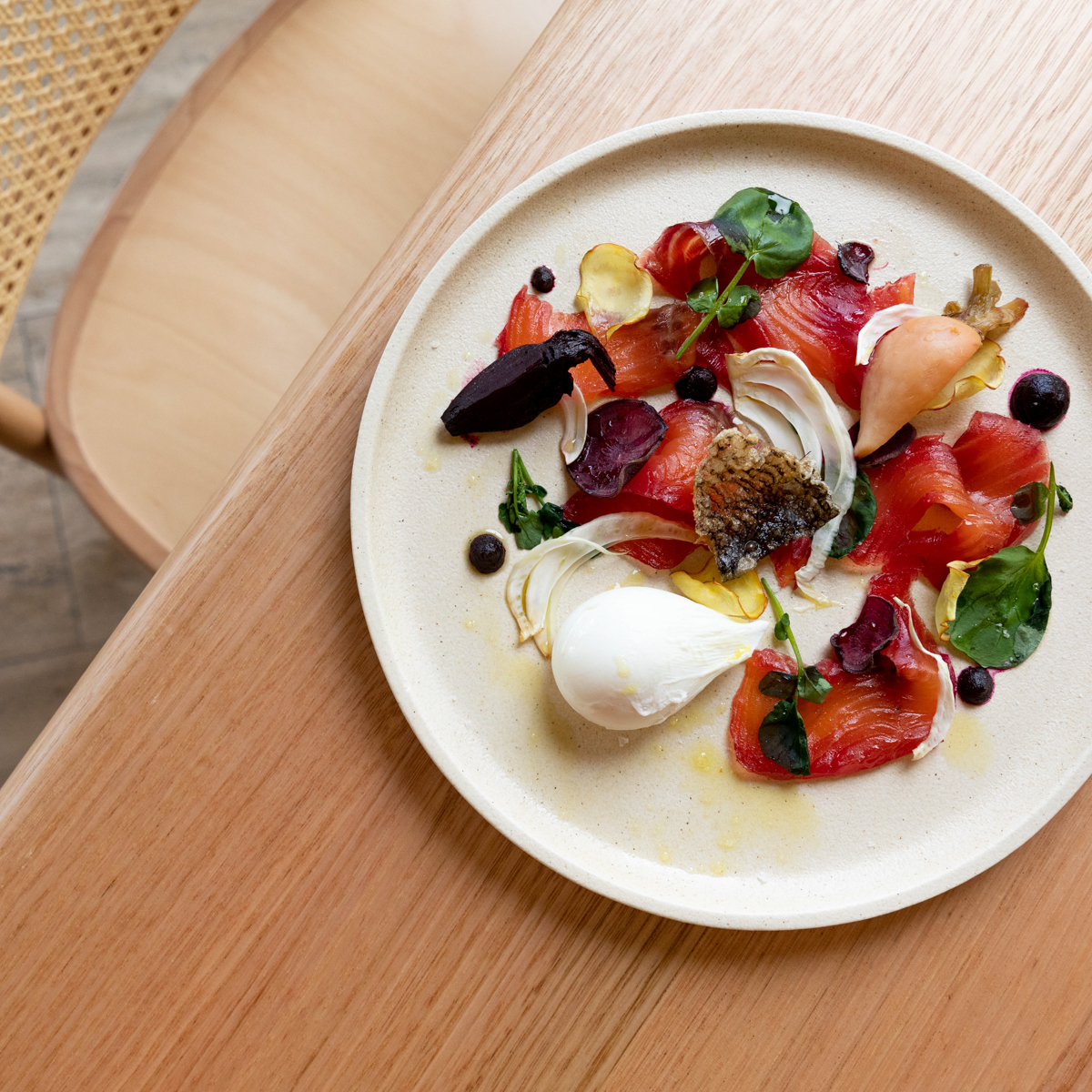 Danielle’s design, too, aims to welcome in as many types of people as possible, encouraging them to feel comfortable however they choose to use the space: families can push prams into corners, couples with a dog can sit at the outdoor tables, solo diners can enjoy their takeaway lunch options onsite for as long as their lunchbreak allows.

“I wanted the fit out to feel really relaxed, just a lot lighter and brighter than what was here. It was so dark and I just felt like straight away it had to be inviting,” Danielle says.

I couldn’t change the levels coming into this area, but with the booth I just did the brass rail, so it still looks open, it doesn’t look like this big heavy box that cuts you off from the different areas.

“I could just see the potential of the space, and I felt like it had the bones to be great.”

Pippo’s opening is the culmination of an incredibly busy period for Danielle and James, with Bowlsome expanding into several locations, most recently North Adelaide and Burnside, and the opening of their CBD espresso bar Way Back When all coalescing into the duo’s shared workload.

Although each of the projects have now come to fruition, the work certainly doesn’t stop

“I’m just always thinking about all the venues at the same time,” Danielle says.

“Stuff’s still going on with Bowlsome at the minute and I’m still doing that while I’m here. [And then] I’m going to insert myself back into the stores for shifts.

“It’s definitely like trying to cram in two years of projects into three months, but what someone said to me, which I find interesting, is if you want a job done, give it to busy people.”

Pippo opens Monday to Sunday from 7am ‘til late.