Pink Moon Saloon is giving you three (more) reasons to have a drink this long weekend.

The Pink Moon Saloon team are fond of a long weekend party, but this Sunday’s Pink Moon Colony is about more than celebrating a work-free Monday.

The event marks two major changes for the venue. After a year-and-a-half of existence, the bar is evolving with a redesign of its central courtyard, and the addition of Sundays to its trading hours.

Co-owner Marshall King says the decision to re-invent the middle part of the tiny and idiosyncratic bar was taken after observing the way punters were using the space. 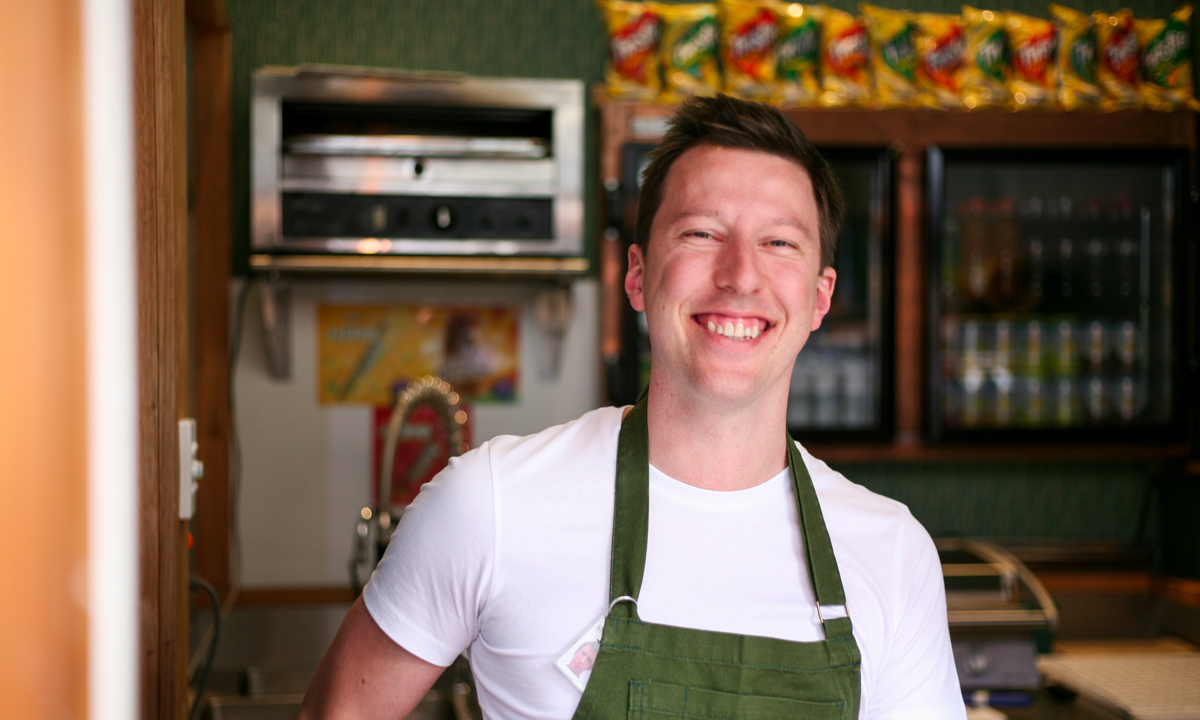 “We’ll still have a beautiful space in there, but it is a more versatile space. There’s a big banquet table so you can have a meal with a shared group. And we’d like to book twos on there, because we had nowhere we could book with people facing each other.

“And then it’s more versatile – we can take all the stools away and have it as a standing area – whether that’s for a party or standing around having drinks. It’s not as segmented as it was before.”

Featuring a long centre table built by Pink Moon co-owner Dana Whyte and his dad Lex, the courtyard is now much more open and is likely to become a natural home for larger groups coming in for a late night drink.

As well as demonstrating how the new courtyard copes with high intensity partying, Pink Moon Colony also kicks off permanent Sunday trade for the venue.

“I’ve been wanting to open Sundays for quite a while,” says Marshall.

“We really have something to offer on Sundays – especially in this area. There’s not a lot of places to go that have the versatility that we have – we can have DJs and entertainment, we have a full working kitchen, and all of the drinks side of things as well.”

This Sunday’s party is set to establish a high bar for the new day of trade.

Incorporating DJ sets from a whole bunch of people, including Anth Wendt and Skin Contact DJs, a tap takeover by Colonial Brewing, and Michel Genet champagne “at very reasonable prices” – the party is sure to be well-lubricated, and is taking on an out-of-this-world theme.

“The idea is we’re all gathering in a pseudo-cult like party at Pink Moon to start a new elite colony on the moon free of the earthly problems we’re facing,” says Marshall. “We have a few events in that vein planned throughout the evening.”

And we here at CityMag are certainly ready for take off.