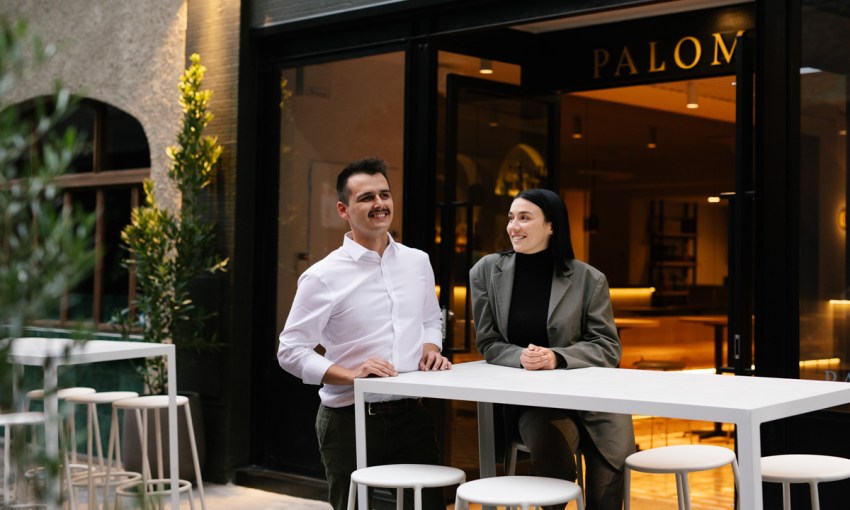 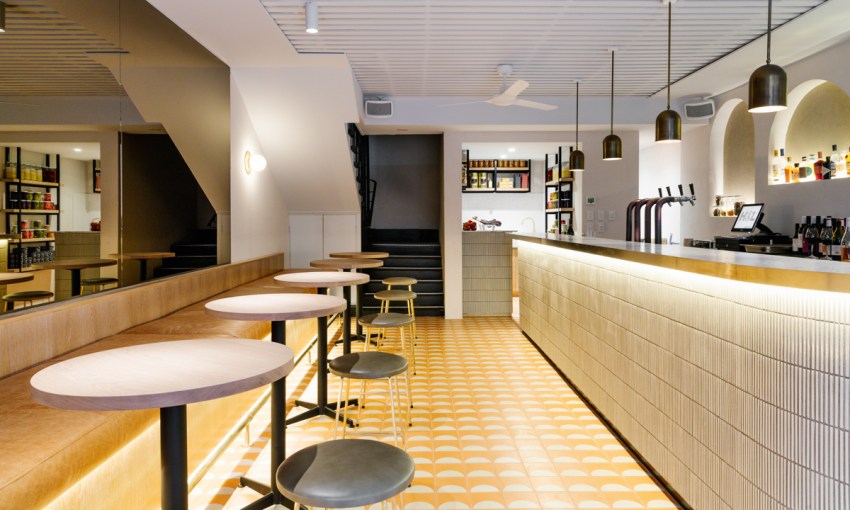 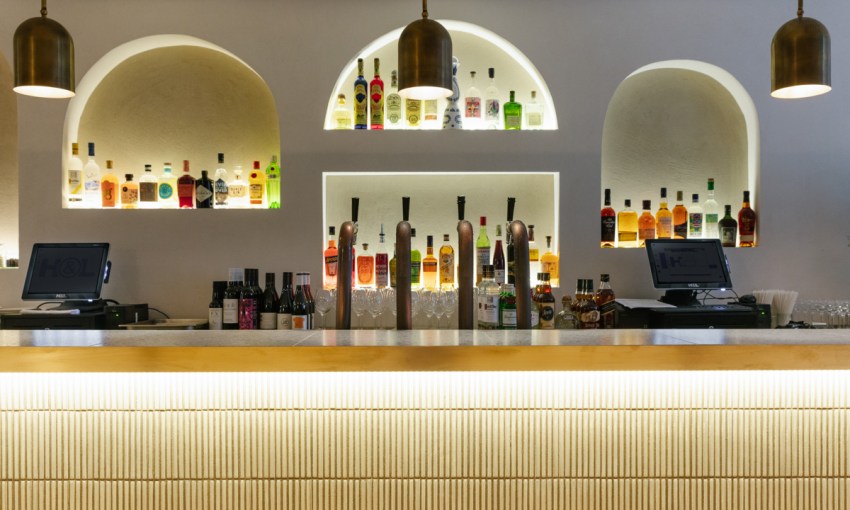 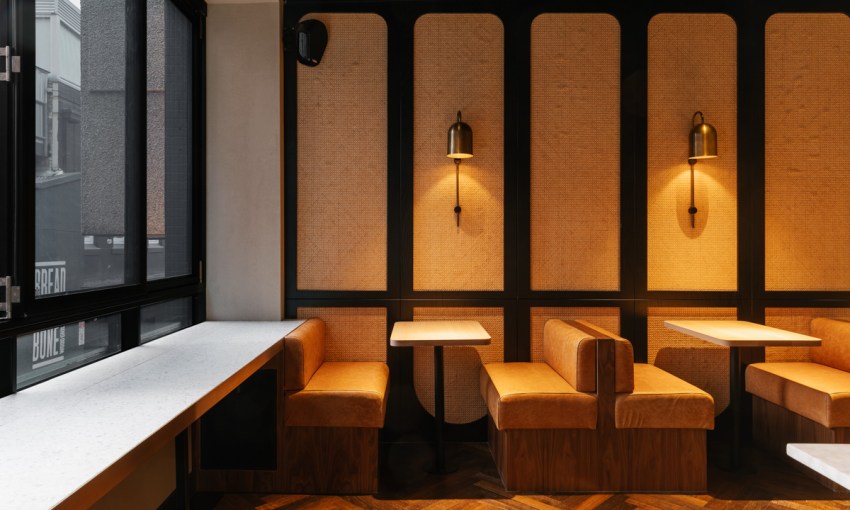 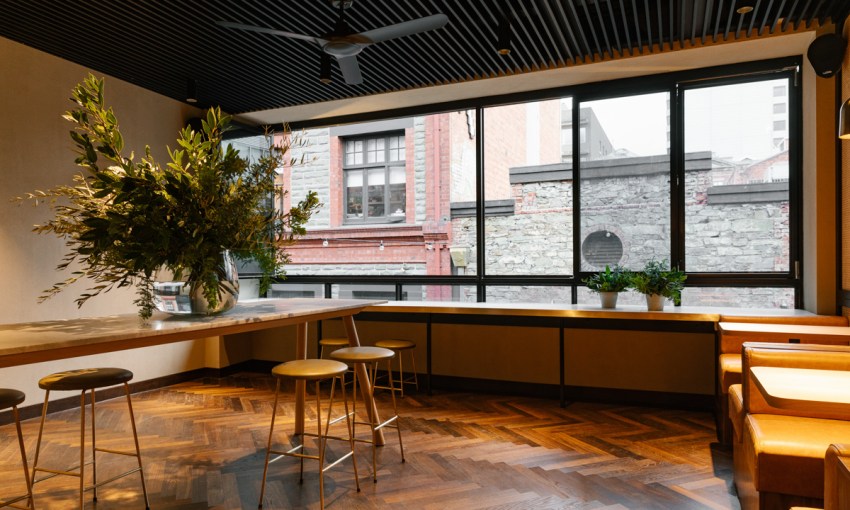 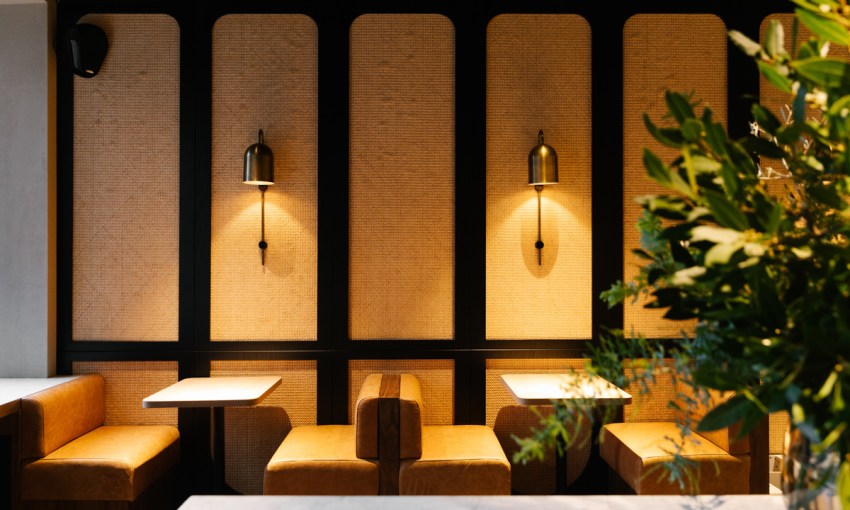 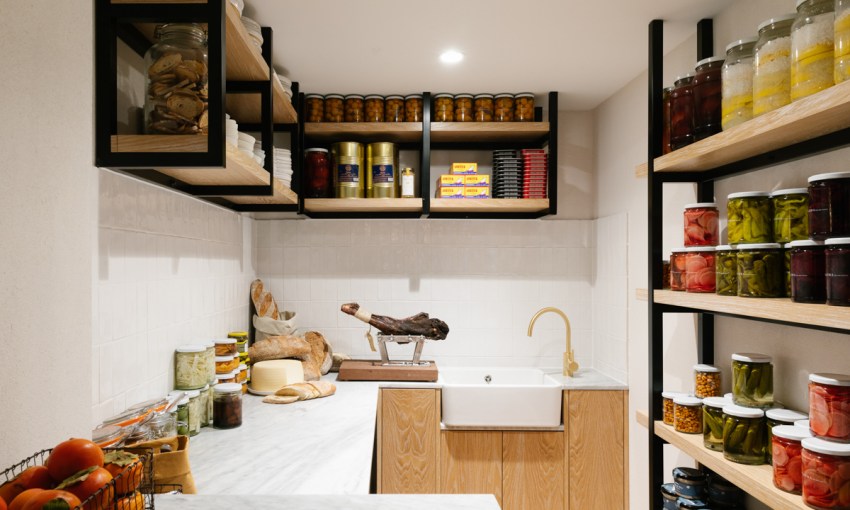 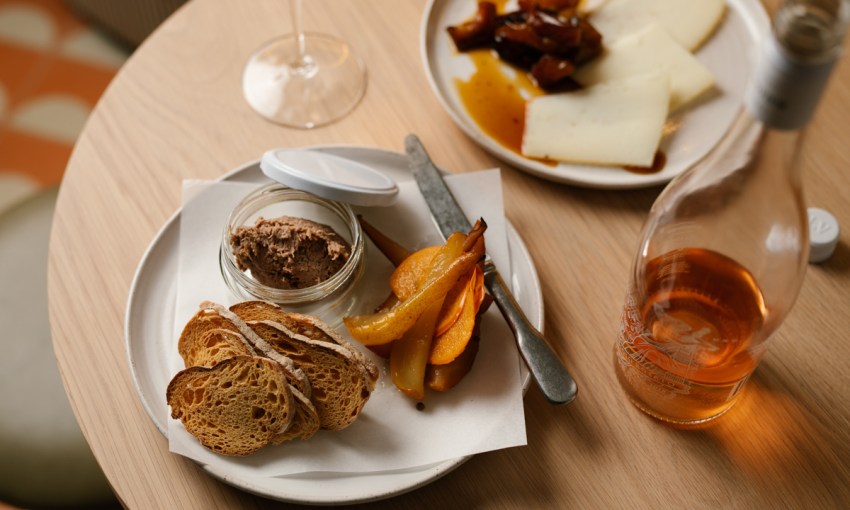 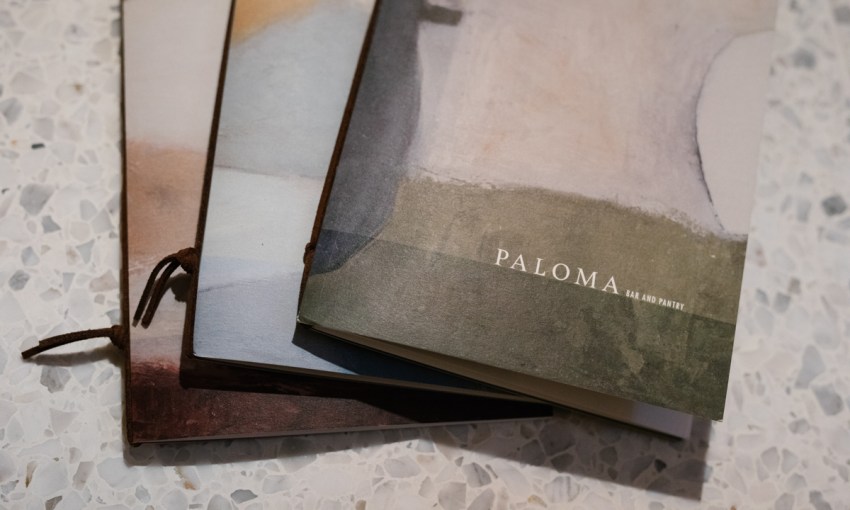 Paloma Bar and Pantry is the latest venture to move into the epicentre of the small bar movement, Peel Street, officially opening on Friday, 24 May.

Billed as a “colonial Southern European,” bar modelled on French and Spanish drinkeries, the concept comes from the Palmer Hospitality Group, which also owns 2KW, The Warradale and The Highway (as well as sharing a stake in Hills pubs, The Stirling and The Crafers).

Paloma officially launches on Friday, 24 May.

While Paloma is a separate and distinct concept within the larger group, PHG’s founder, Martin Palmer, has reached into his existing pool of talent to bring this latest project to fruition.

A mix of textures blend throughout the ground level, with the dark steel entryway giving way to pastel floor tiles, pale timber tabletops and light tan-leather booths. The bar’s granite bench and blank back wall give prominence to the spirits on display.

At the back of the room is the titular pantry, where all manner of preserves are stored. CityMag understands some of these preserves will end up on charcuterie boards and small plates for you to sample in-house, while others are available for purchase – sold by the jar. 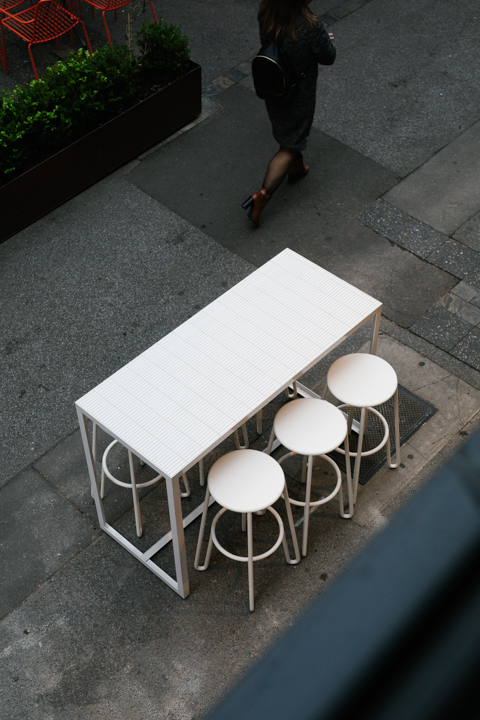 Upstairs, the top level has been lowered and the façade opened up with edge-to-edge windows to create more space and an unobstructed view over Peel Street.

The same earthy tones run through the upstairs design as downstairs, with thatched wall panels and warm lighting creating a sense of intimacy here that is a world away from what this venue was when it was Rosco Stanley’s Chihuahua.

Luke Fleming has designed Paloma’s cocktail list, and will be the main driver behind the project, leaving his post as bar manager at 2KW.

Luke got a start in Adelaide’s (pre-small venue licence) small bar scene working at former Hindley Street haunt, Cushdy. He has since worked in bars across North America – including “reputable” Canadian spot, BarChef – and spent four months in Mexico learning to distil tequila, all the while maintaining his base in Adelaide at 2KW.

Managing Paloma has allowed Luke to get “back in touch with my attention to detail flavour-wise, and atmosphere-wise,” he says.

“I’m a quiet guy, I’m very casual, very laid-back, and I just like a bit more of an intimate setting to do what I do.”

“For the cocktails, we’ll try and stick to a common theme between three parts of the venue,” Luke says.

“That’s agave spirits – tequila, mezcal, raicilla; and then we have preserves, obviously a pantry, lots of preserved ingredients, whether it be olives, pickles, jams, so we’re going to work preserves into our cocktails… And then Amaro, which is classically Italian, but bitter liqueurs are made all over Europe, and they’re really interesting, fun flavours.

“As many times as we can tie in those three different flavours and ideas into our cocktails list, that’ll be our theme.”

The bar’s namesake, a “Mexican-inspired” cocktail of tequila, grapefruit and soda, will, of course, be on the menu.

Paloma’s wine list has been curated by 2KW’s head sommelier, Dan McEvoy, and will draw on Paloma’s general theme, with Mediterranean varietals from local and international producers programmed. 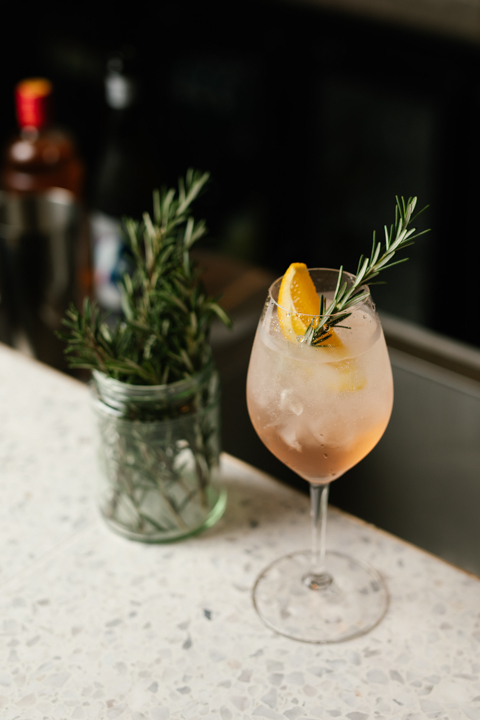 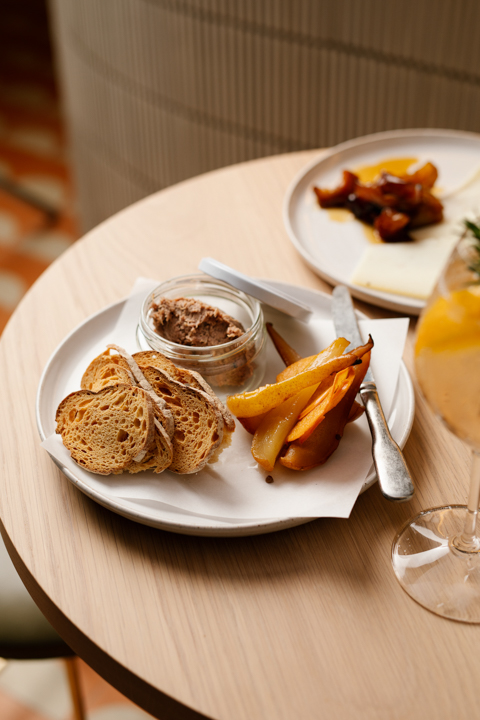 “We’ll celebrate local produce still, just with a little twist on where our inspiration comes from,” Luke says.

Paloma, like many small bars throughout the city, doesn’t have a commercial kitchen, and its food menu reflects that.

“It’s all pâtés and terrines and pickled things, so things that these guys can plate up that are fresh and don’t necessarily require cooking,” Martin says.

The initial menu has been designed by 2KW’s Trent Lymn and will continue to develop as a conversation between Trent and Luke.

“Trent and I will collaborate,” Luke says.

“Hopefully he can go ‘Hey, our supplier just said red pears are in season.’ Fantastic, let’s grab a bunch and see what we can do with preserves.”

“Obviously there are the restaurants on Peel Street, and then a lot of the small bars do bits and pieces – toasted sandwiches,” he says.

“I don’t think anyone’s doing anything to [this] level of sophistication. And I don’t mean that in a cooking sense, but [that Paloma’s] offer itself is a level up.” 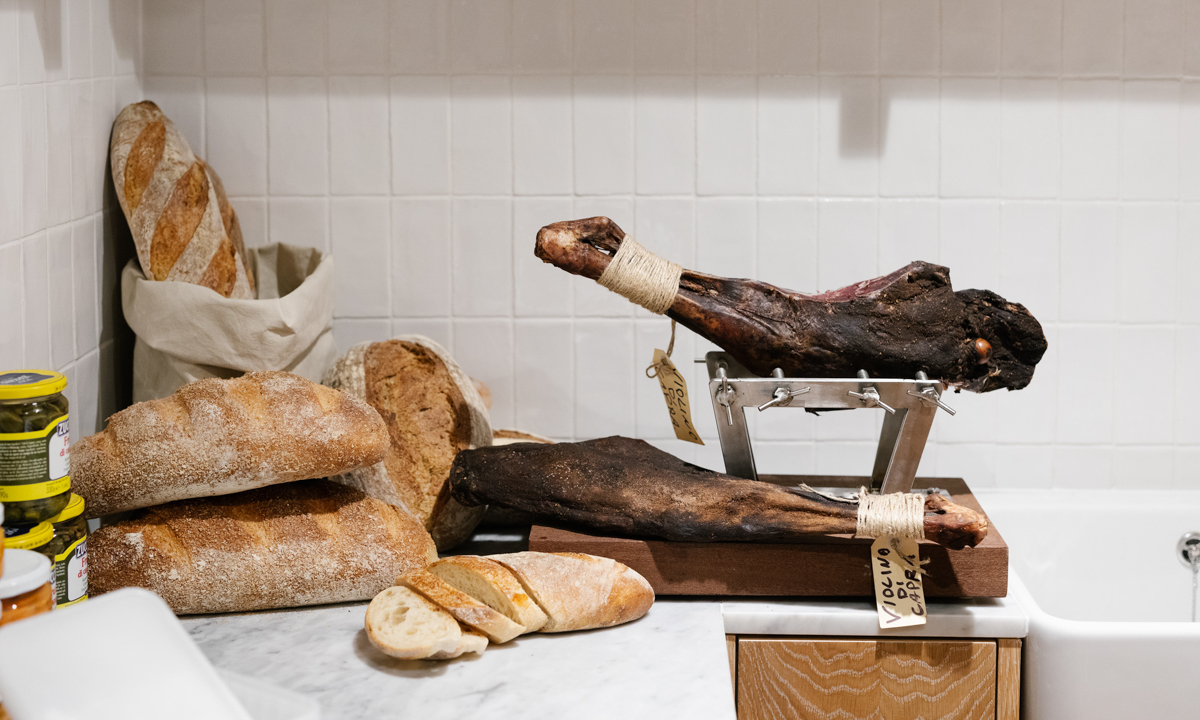 The bar’s opening marks an interesting moment in the history of Adelaide’s small bar scene, as a bigger player in the South Australian hotel industry (literally) moves into the small bar space.

Chihuahua Bar, the building’s former tenant, was among the first handful of venues to make use of the small venue licence, opening back in July 2014, when the gravitational pull of Peel and Leigh Street was still mostly theoretical.

When the small venue licence was first introduced, Martin paid it little mind.

“It was quite an astute bit of planning by the government at the time, really, because there was definitely a bit of a void,” he says.

“[It] obviously has been a great success, and worked well and allowed for a lot of entrepreneurial energy that wouldn’t have been released otherwise.

“I always enjoyed partaking in it too, I guess, and then when the opportunity came up, it just seemed like a good fit. And also, having guys like Luke work for us, they’re always looking for creative outlets, so it fitted in that sense. As a hospitality business, it seemed like a logical place to go.”

And it is obviously a balance to create a concept that sits equally well within the Palmer Hospitality Group and the small bar scene, but it is Martin’s intent that the bar fits alongside its neighbours.

“I think there’s a little bit of we felt that Peel Street was a bit blokey, so we’ve tried to soften it up a bit, take a broader approach to the beverage [offering]… A bit lighter,” Martin says.

Paloma Bar and Pantry officially opens on Friday, 24 May, and will open Wednesday, Thursday and Saturday from 4pm ‘til late, and Friday from midday ‘til late. 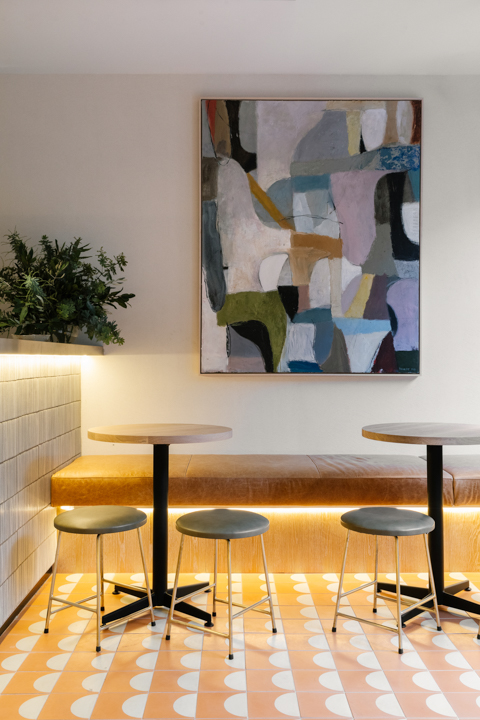