At the age of four, Clayton Donovan was first introduced to native Australian food.

He recalls being a “naughty, obnoxious” kid with a short attention span, constantly giving his mum “heart attacks”. But he loved to eat, and his Aunty Jess saw a burgeoning love of food and decided to introduce him to the “food of his culture”.

Clayton was led to the acacia tree in his Aunty Jess’ backyard, where he was given some jaaning.

“It solidifies on the outside, and if it’s not too beaten harshly by the sun or there’s not too much moisture, it’ll make it really gooey.

“You just chew it, and it’s a woody flavour. They used to use it also for kids, when they were teething.”

Clayton grew up on Gumbaynggirr and Bundjalung land and is Australia’s first and still only Indigenous chef to receive a coveted Australian Good Food Guide (AGFG) Chef’s Hat. His entire career has centred on exalting native foods within Australian cuisine.

He will do this in Adelaide this March, with the Adelaide Festival’s Ngarku’adlu series of dining events. Clayton is a curator and chef behind the series and will work alongside Adelaide’s own Warndu to celebrate Australian native foods across two picnics and two fine-dining dinners.

The word ngarku’adlu is a Kaurna invitation to come together to eat, and such a concept for a festival event would have been a welcome sight in Clayton’s earliest cheffing days.

Though he could see the greatness that could be achieved with the use of Indigenous ingredients, it was a tough sell in the Australian market. 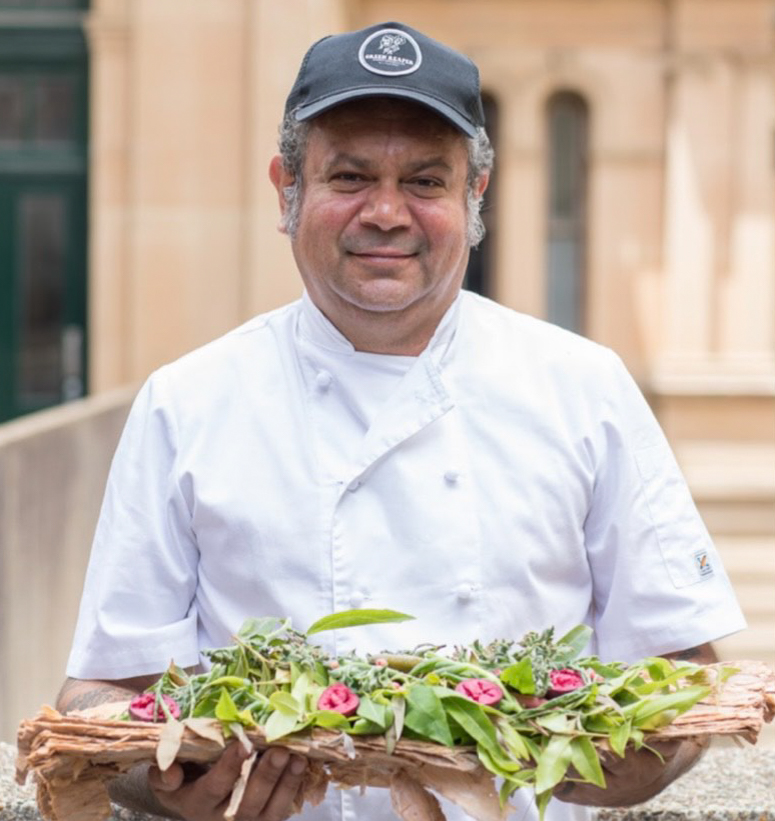 “I basically left the country because I couldn’t do what I wanted to do,” Clayton says.

“I couldn’t cook kangaroo. I was seeing it at the level of a very high-standard restaurant, and I could see the pitfalls with it, I could see the greatness of it, and I knew, if I wanted to do that, I don’t know if it would’ve worked.

“I was getting frustrated. It was like being a frustrated artist.”

Clayton moved to England and dove into the local food culture of foraging and hunting – a connection between plate and nature that he had been searching for in Australia.

After five years, he returned to Australia and bet on his vision of an Australian cuisine using native foods, setting up his Nambucca Heads restaurant, Jaaning Tree, where he received his AFGF awards.

Jaaning Tree has since closed, and Clayton is now most active as a chef doing pop-up events where he’s able to not only demonstrate the use of native foods, but where he can also tell stories about what Indigenous food culture means to him.

This proselytising is still necessary, despite the gains native foods have made in Australia’s broader restaurant culture.

Throughout her career at Coles, she helped Indigenous farmers scale their business – either by selling to Coles or finding a produce aggregator or proprietary brand who will be willing to buy their wares.

She sees that Australia is still lagging behind in backing its own native produce. 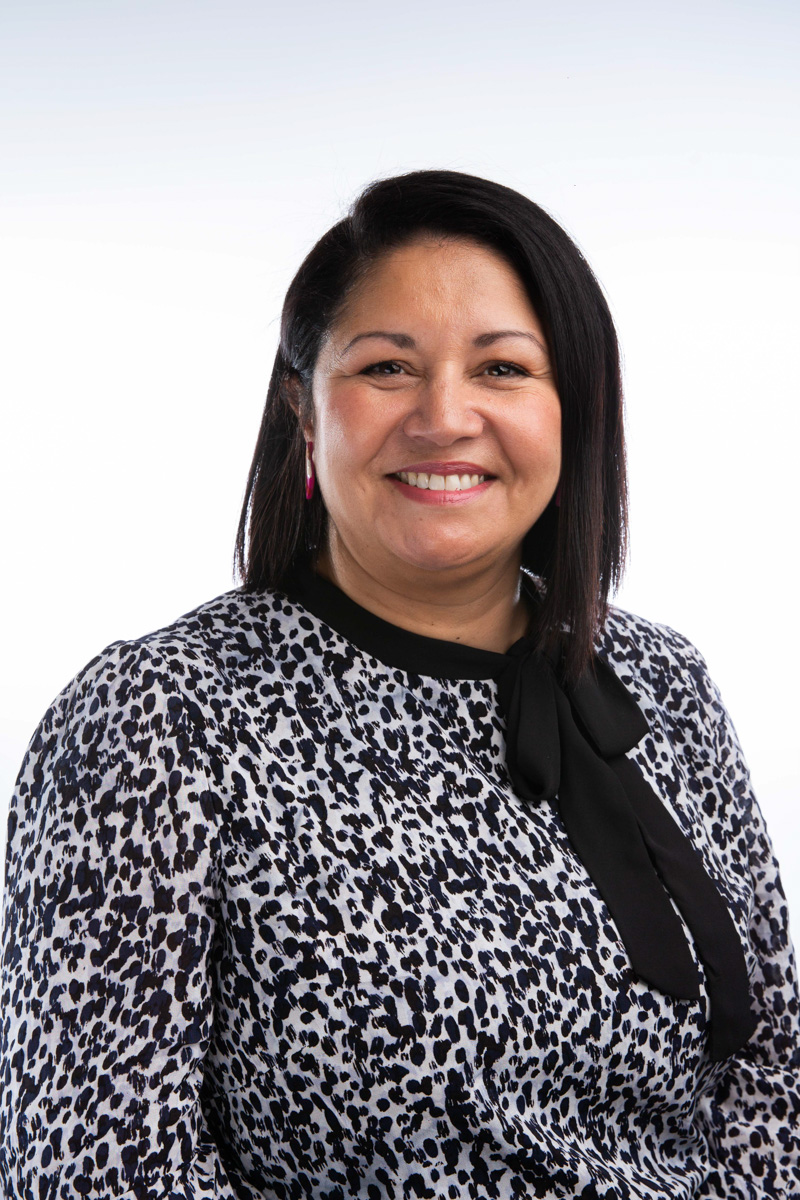 “I do think Australia’s been a little bit behind, because Australian food has been on restaurant tables overseas for years,” she says.

“And so obviously you’ve got the guys over here in Australia who’ve also been serving it for years, but they have always been quite boutique.

“The challenge with it is unless you can walk down to your local supermarket and farmers market and buy it, people aren’t out there forcing it themselves.

“Once it becomes common enough that people are going to be able to pop down and buy it, that’s when it becomes a pantry staple.”

Partly this is because there are supply issues; there aren’t enough people growing native produce in Australia as farmers are not yet sold on the idea the market is out there.

“It’s kind of chicken before the egg,” Topaz says.

“A lot of people want to grow something when they know it’s going to sell, but I know the demand is extremely high, and that there’s aggregators out there who are happy to put in advanced orders for crops.

“So it’s exciting, but there’s a long way to go in terms of Australians understanding you can have native lemongrass instead of lemongrass. There’s so much stuff in our own backyard that we don’t even know about.” 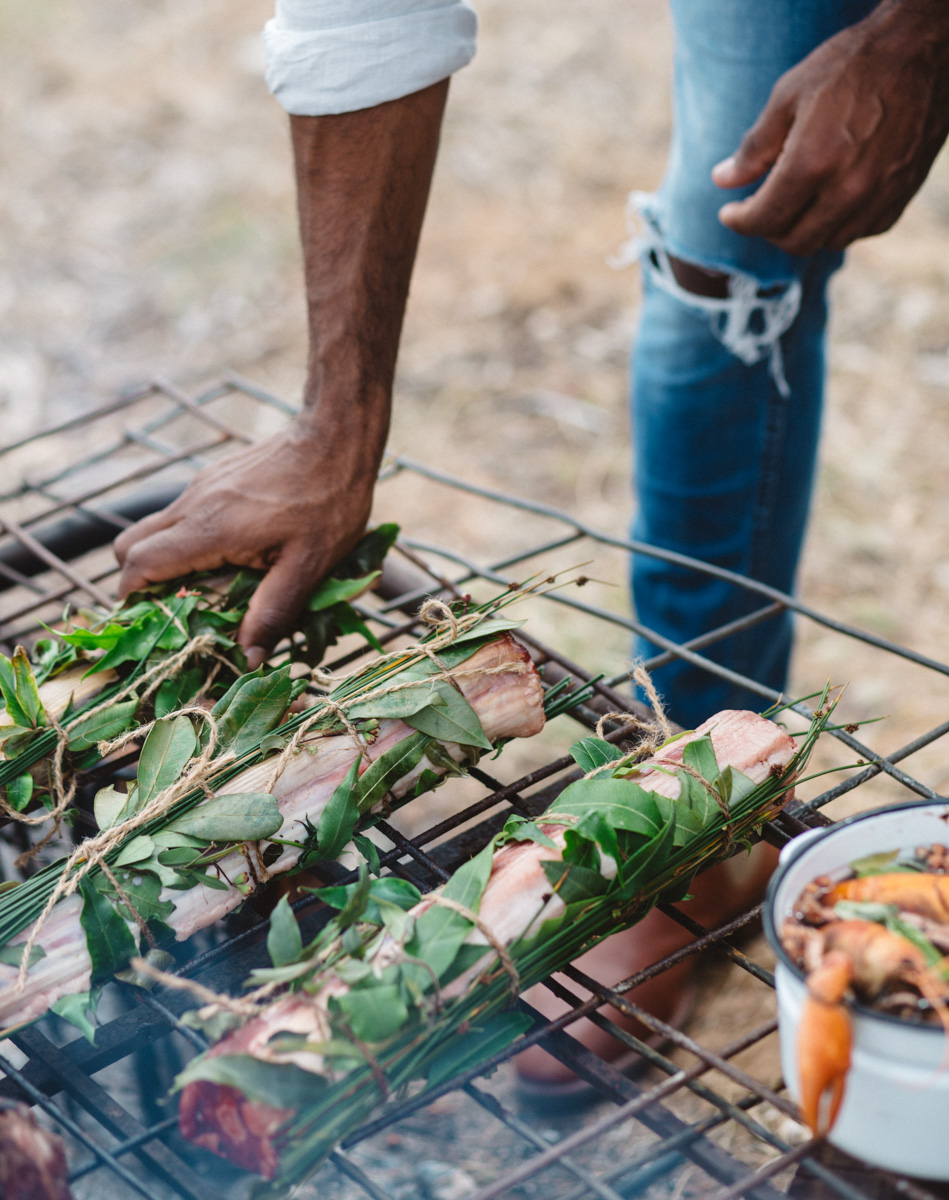 Until recently, Adelaide’s arguably most-famous restaurant was Orana, which was based entirely around native foods. It was an expensive restaurant – in what Topaz might call a “boutique” category.

This put Indigenous ingredients on a much-deserved pedestal, but it didn’t do much to communicate to the broader population of Adelaide how to access or implement these ingredients in their own kitchens.

An event like Ngarku’adlu, with its picnic-tier and fine-dining-tier experiences, can play this crucial role.

“The picnic stuff’s really interesting, because just the flavours around some of the produce and the items that can be used, they’re just so delicious,” Topaz says.

“If you can see them in a picnic format and go, ‘Actually, I can go and take my family on a picnic. I could go and buy that product.’”

This is the ultimate aim for Clayton.

“The audience will go home deafened, nauseous and confused until they actually put native foods into their house,” he says.

For more information on the event and to purchase tickets, head to the Adelaide Festival website.

While we had Clayton Donovan and Topaz McAuliffe on the phone, CityMag asked about their favourite native ingredients or products.

Topaz is a fan of Warndu’s caramelised wattleseed balsamic vinegar, which she hopes diners at Ngarku’adlu will experience and fall in love with as she did.

“It’s the best I’ve ever tasted,” she says. “[It would be great] if we can just start showcasing products like that, so the next time you do have the option of going, ‘Oh, hold on a minute. Do I get the plain balsamic, or can I get the wattleseed balsamic?’” 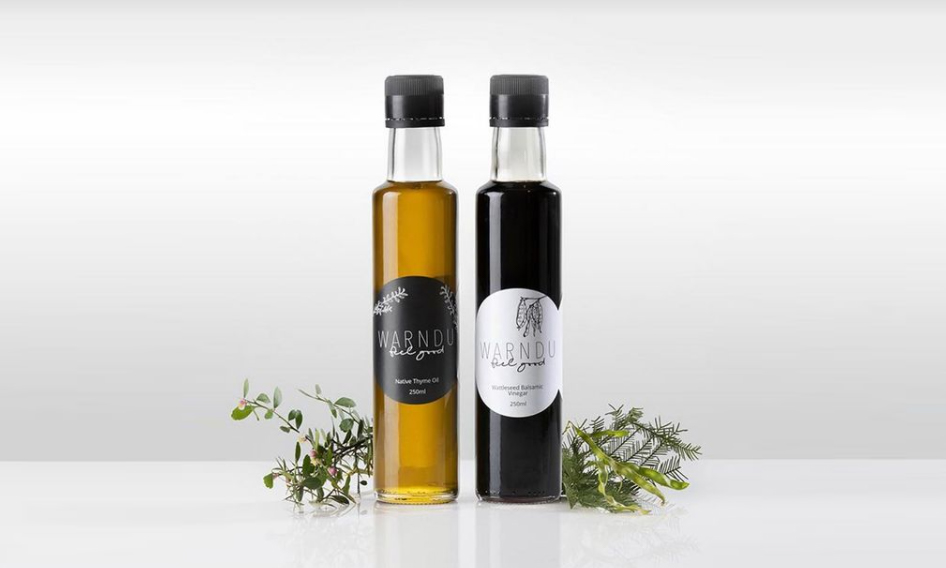 For Topaz, the rise of wattleseed has been an exciting success story to watch.

“There are people who have taken cuttings of Australian natives and grown them over in Peru, so there’s actually been international markets out there for a while,” she says. “Wattleseed is just one of those well-known products, which has got multiple different types of wattleseed, and I think the protein levels are so high and there are so many different uses for it.”

Clayton wants to see the broader use of kangaroo meat in kitchens – both commercial and in the home.

“The kangaroo industry is the most sensible thing we’ve done in this country,” he says. He urges us to seek out kangaroo products from South Australian company Paroo. 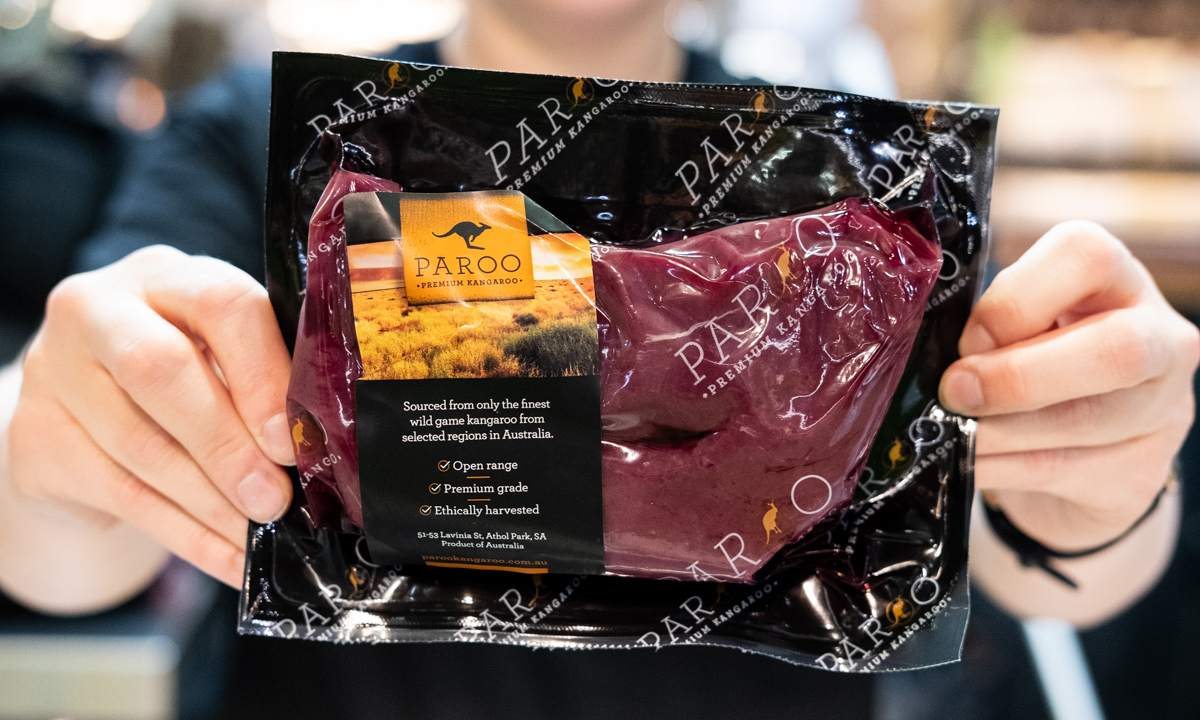 Find yourself a fishmonger (or supermarket) who’ll help you find a seasonal replacement to the fish you’re used to, if you’ve not already jumped on the native seafood bandwagon.