Never Never has re-released the Dark Series limited-edition Ginache, a gin and grenache combination that has been their most popular gin to date. 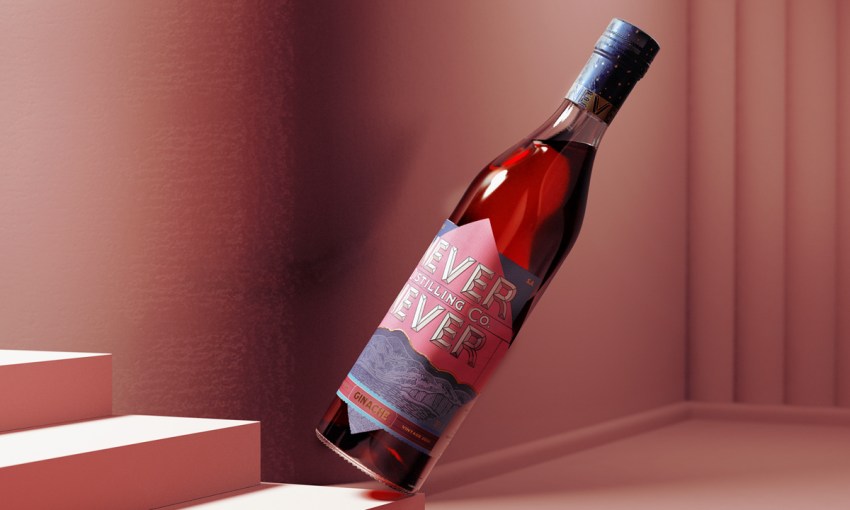 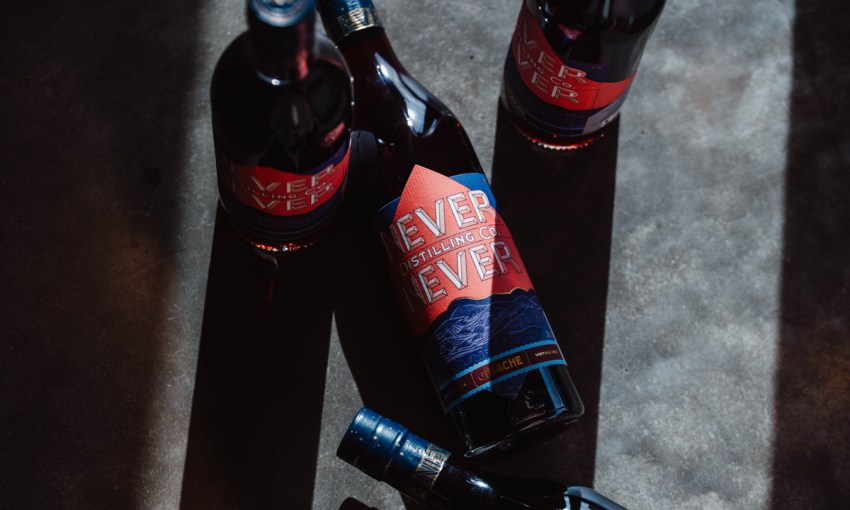 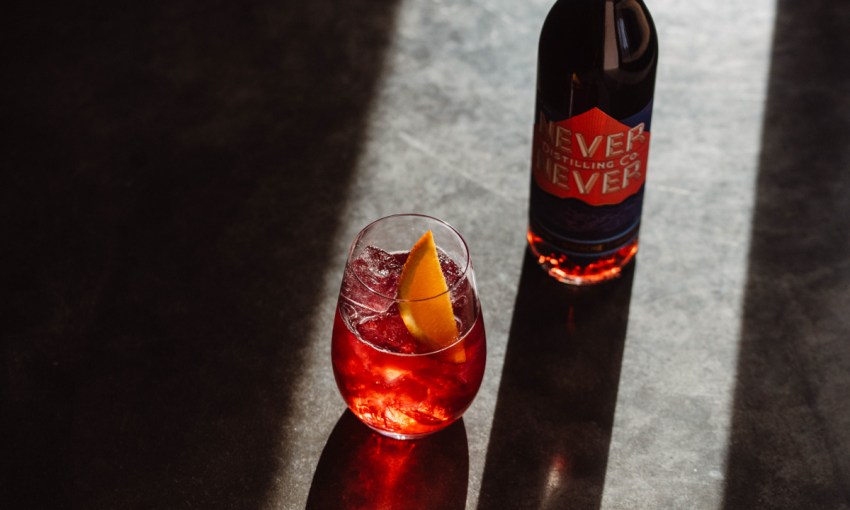 On a sunny autumn day at Chalk Hill in McLaren Vale, Never Never Distilling Co. celebrated the release of their 2021 vintage Dark Series Ginache – a combination of gin and grenache fruit.

Never Never’s 2021 vintage Ginache is available now at the website.

The Dark Series Never Never’s experimental series, allowing them to play and create exciting spirits that capture their mentality of making products that emphasise and amplify flavour.

When the Chalk Hill site, which is home to Never Never, Chalk Hill Wines and Cucina di Strada, closed due to COVID-19 restrictions, the distillery team worried this would mean the project wouldn’t get the response it deserved.

This fear quickly faded once they put Ginache for sale online, with the product selling out within two months of its release.

“It was definitely something that caught fire very quickly and was, without question, our most popular release to date, even more popular than our signature gin,” says Sean Baxter, Co-Founder and Brand Manager of Never Never Distilling Co. 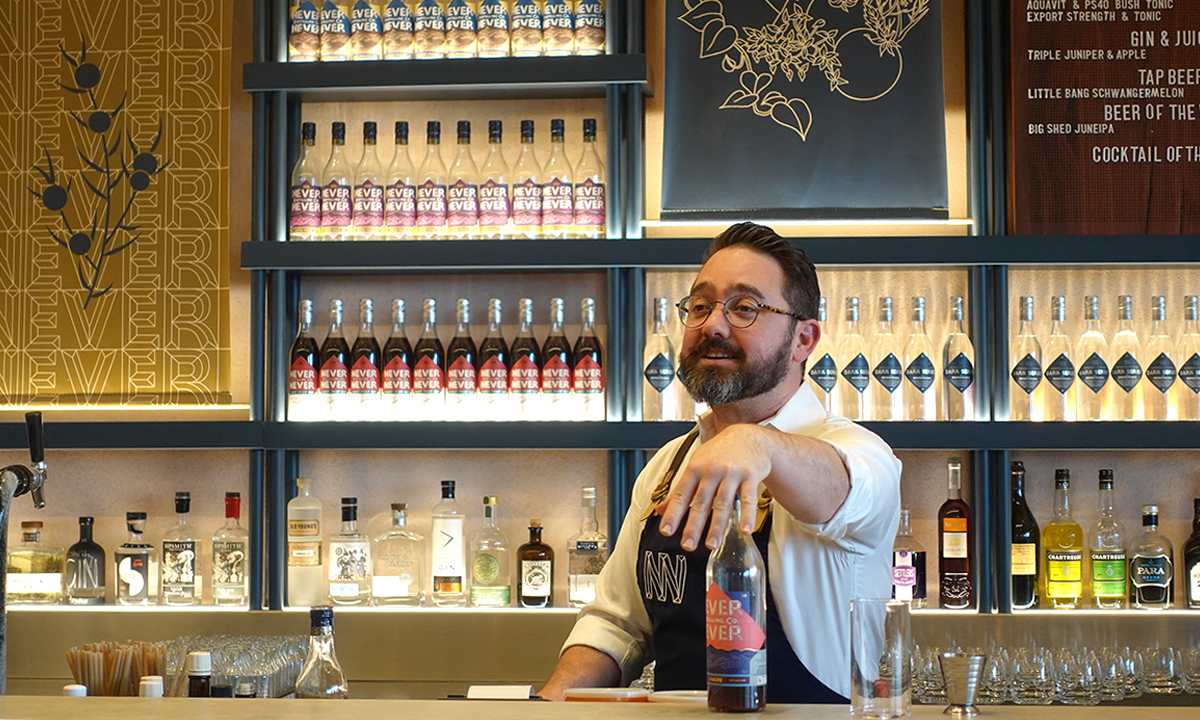 After the popularity of the 2020 Ginache release, Never Never secured over 10 tonnes of local McLaren Vale Grenache fruit from this year’s 2021 vintage.

The Ginache has also graduated from an experimental limited release to Never Never’s core range, with close to 20,000 bottles produced for this year’s edition.

A deep red with a ruby hue, Ginache turns a bright hibiscus pink when diluted with tonic, soda or even squash – the latter being Sean’s suggested concoction.

Tasting of fresh raspberries and tinned plum and with the silky aftertaste of a light boysenberry swirl, Ginache is an incredibly versatile gin.

“I love the Ginache because it is so flexible,” Sean says.

“You can drink it neat; you can drink it on ice. It’s gonna give you something different every single time, and that flexibility really hits a home run because you’re always going to find a moment where it fits.” 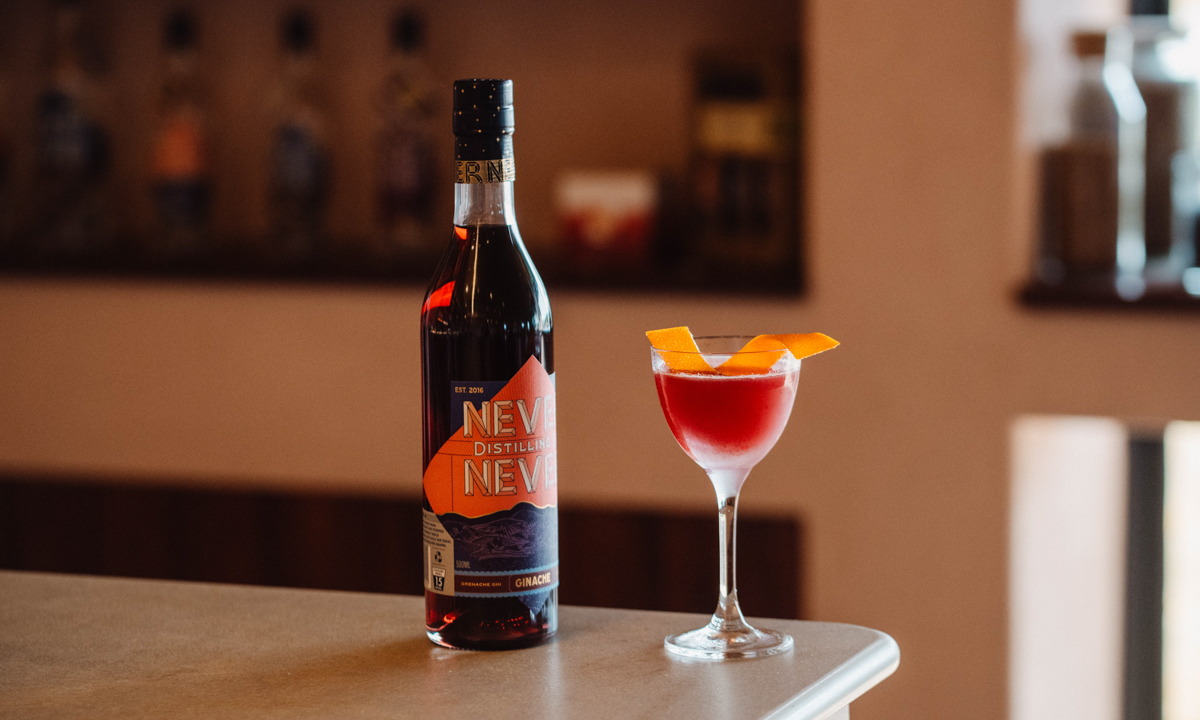 Ginache is made by adding freshly distilled Triple Juniper gin to vats containing de-stemmed and crushed Grenache grapes. The gin will sit on skins for several weeks.

Once the gin is drained away from the skins, the distillery team will then use a basket press to extract any remaining liquid from the Grenache skins.

These pressings are kept separate, then carefully taste-tested and blended with the Grenache gin to create the final product. After very light filtration, the Ginache is bottled.

Sean says the wine elements of Ginache will oxidise over time, so he recommends drinking the spirit while it’s fresh, and in the company of good friends.

CityMag took Sean’s advice, quadruple-parking in the sunshine at Chalk Hill with a lineup of Ginache cocktails (consumed responsibly), paired with a vast amount of pizza from Cucina di Strada.

Combining the talents of Never Never’s distilling team and the beautiful produce of the surrounding region, Ginache is the embodiment of what’s best about McLaren Vale and the Chalk Hill collective.

The ‘Ginache’ is currently available to order on the Never Never website and can be picked up from your local independent bottle-o as well as selected national retailers.