Specialty café My Kingdom For a Horse is the first food and beverage operator announced for the upcoming development.

Hospitality is a way of life for some, like Emily Raven of My Kingdom For a Horse, who chose to open up the doors to her café on Christmas Day just gone.

My Kingdom For a Horse Coffee will open in the 11 Waymouth Street redevelopment by mid-March 2020.

Emily is a cautious operator and has been trading now for almost five years. She’s just re-signed her lease on Wright Street – an indication that things within the business are ticking along in time.

It was at the end of the festival season last year that Emily started looking outside of Wright Street for her business’ next move.

My Kingdom launched as one of Adelaide’s earlier boutique roasters, but Emily never intended to become a commercial-scale coffee wholesaler. She sees the My Kingdom product as being high-quality coffee, food and service, and so any extension of the business would therefore be an additional shopfront, where quality control can be closely managed.

After a period of negotiation with the developers of 11 Waymouth Street, Mapletree, Emily has signed onto the project and will launch her follow-up venue, My Kingdom For a Horse Coffee, by mid-March.

This follow up to My Kingdom will be a shrunk-down version of the original café, with the site being just 13 square metres, seating 20 people maximum, and with a focus on coffee and takeaway-style food.

The style of service will be high, as will the quality of produce, with all the coffee and food coming from the Wright Street business. 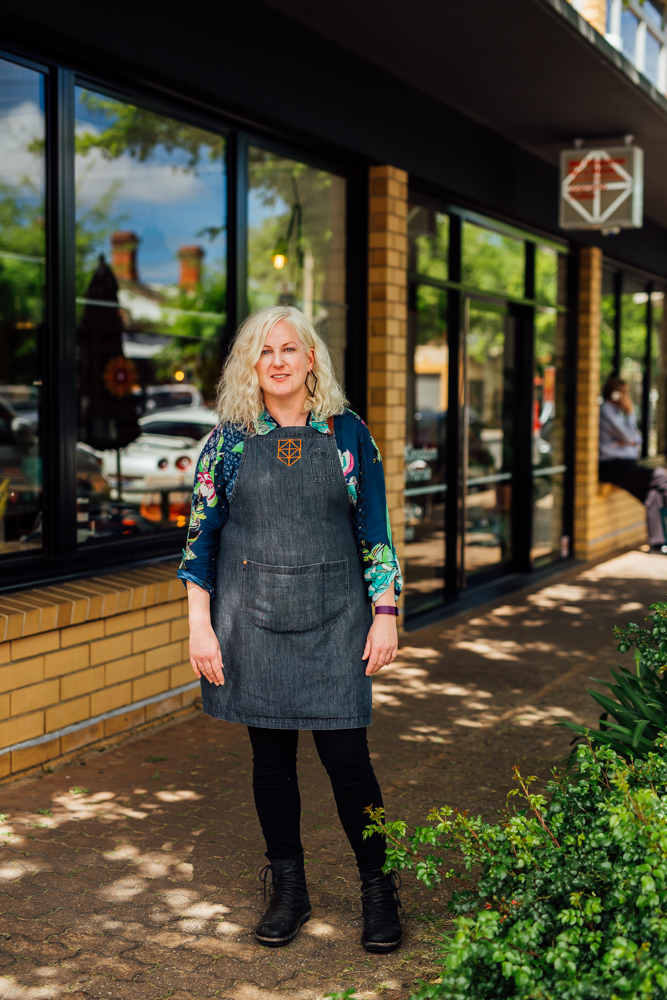 My Kingdom for a Horse founder, Emily Raven

“Because service is something we’re really well known for, it’s important that we get that right. We’ll have some staff from here working across that venue as well,” Emily says.

“We won’t offer V60 coffee, we’ll have a batch brew. We’ll have all of the coffee that we do here, so the filter coffees will be available for sale as beans. We’ll obviously have our seasonal espresso blend, which changes about every three to four months, and our single origins available as a prepared coffee.

“Our brewed coffee will be whatever we have on filter here, because that changes with buying new coffee pretty much every month.”

There is a lot left to be announced in the 11 Waymouth Street Plaza project, but Emily is excited by what the space could eventually become, describing it as a “really high-quality development,” that fits well with the My Kingdom brand.

“For my brand, it’s really important that where we are positioned now, we stay there,” she says.

“It’s a culmination of the food, having proper professionals doing that, and we have a strong focus on training, so we have three apprentices and very experienced chefs.

“We have very few complaints, and so to me that’s amazing in a fast-service scenario like we have here.”

It has always been Emily’s aim to run a venue that supports career hospitality workers. The My Kingdom expansion demonstrates the way that such an investment in staff and culture can have positive effects flowing both into the business and its staff.

“We have career hospitality people working in the front-of-house, and all of these people are happy,” she says.

“So to make sure that we take that friendliness and that idea of hospitality into the new venue is important to me.”

My Kingdom For a Horse Coffee is set to open by mid-March 2020 and is likely to be just the first expansion of the brand in the near future.