The Plus 82 group's third venture, MiMi, features a modern take on Thai food by chef Napachama Hongsakaola in a beautiful Claire Kneebone fit out, originally designed for former tenant East of Norman.

When CityMag met with the Plus 82 group’s Steven Lee back in October, at his first restaurant, Pocha, it was at a busy time for the restaurateur.

While Pocha, in just over a year of trading, had found its feet and even expanded to a secondary takeaway-only outlet on Gawler Place (an advantageous Gumtree find), there was much more in the works.

The group had taken the lease at the former Mama Jambo site, on Eliza Street (another Gumtree find) for a Korean BBQ concept, Gogi, headed up by Pocha’s head chef, Janghoon Choi, which was soft launched on Saturday, 15 December.

The project was a complete refurbishment that should have kept the group occupied up until the end of the year. However, through a conversation at café, restaurant, and bar, East of Norman, another all-too-enticing opportunity presented itself.

“We know the owner and we always liked that shop… we liked the fit out and everything, so we asked the owner if he wanted to sell it, and he was ready to move on,” Steven told us back in October.

Fitted out with an as-new Claire Kneebone design, Steven and his business partners immediately started formulating a concept to suit the space and settled on MiMi – a Modern Thai restaurant led by former Pocha chef, Napachama Hongsakaola.

“We want to do something different from Pocha, because they do really good with their Korean street food, but because my background is a little bit different from other partners, because I’m not Korean, so something where I can feel more comfortable,” Napachama, also known as Nokie, says.

MiMi – which is the Thai word ‘Mi’, meaning ‘to have’, repeated, “to have a good experience and to have a good meal,” Nokie explains – opens for breakfast, lunch and dinner. 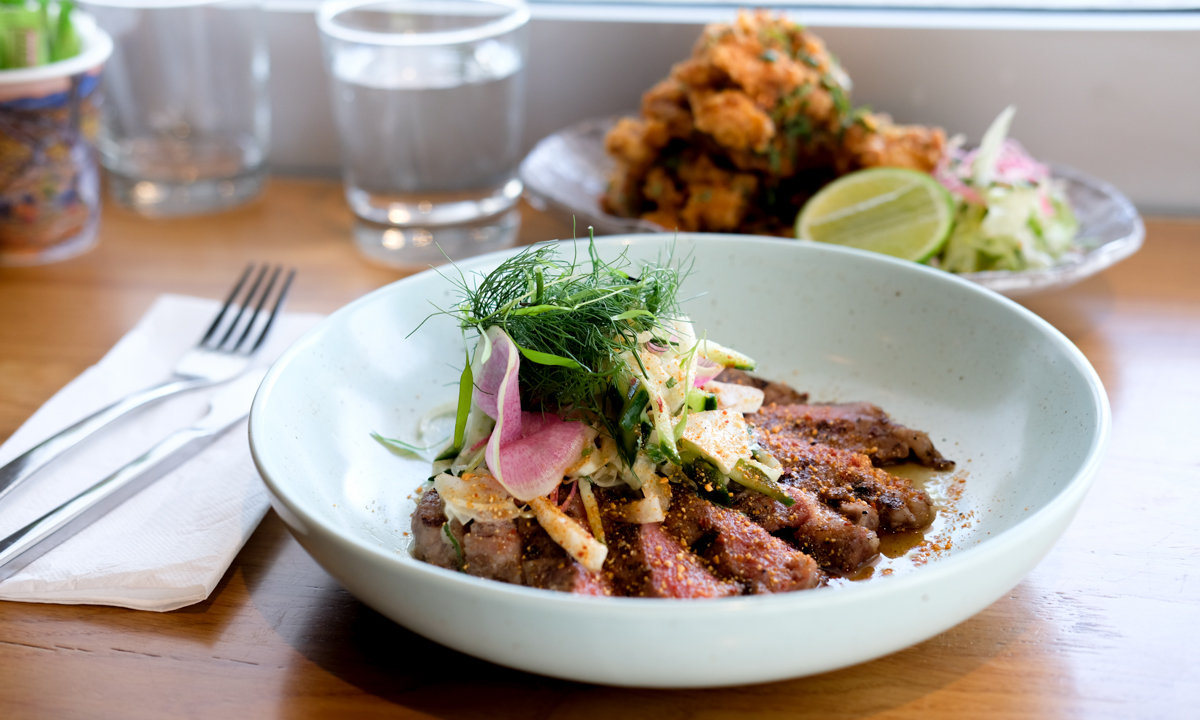 While Nokie notes that the restaurant’s ‘brunch’ menu is similar to what devoted mid-morning diners would expect of the genre, with “a hint of South Asian influence,” the rest of the menu is Thai-focussed with influence from Western techniques.

This is in part due to the kitchen’s configuration – there is no wok and no hot boiler for noodles – but it’s also Nokie’s aim to challenge Adelaide’s perceptions of Thai cuisine.

“I wanted to change the perception of people with Thai food a little bit,” She says. “So a bit more modern. Instead of the same deep fried stuff for entrée, some stir fry things. I changed the style a little bit.”

The menu has been designed to accommodate for classical Australian eating practices – an entrée is intended to serve just one person – while the main-sized dishes provide larger quantities to allow for sharing amongst a group – a typically Thai approach.

“With the style of Thai evening, when we go out as a family or a couple eating, we order lots of things to share,” Nokie says

“It can be both ways, but I encourage people to share the food so they can taste many types, the taste and the texture as well.”

MiMi will also introduce a dessert offering in the New Year; before moving to Sydney and then Adelaide, Nokie owned a dessert café in Bangkok and she’s excited to introduce Thai desserts executed with Western techniques to Adelaide’s nascent late-night sweets scene.

Adelaide’s southwestern bloc continues to be one of the less-developed areas in the CBD, in terms of its emerging food and beverage offering (daunting as it must be to trade in such close proximity to the Adelaide Central Market and Chinatown), but MiMi is exactly the kind of eatery the residential and commercial mix requires – accessible for a quick meal or a longer stay, for coffee or a glass of wine, at whatever time of day. 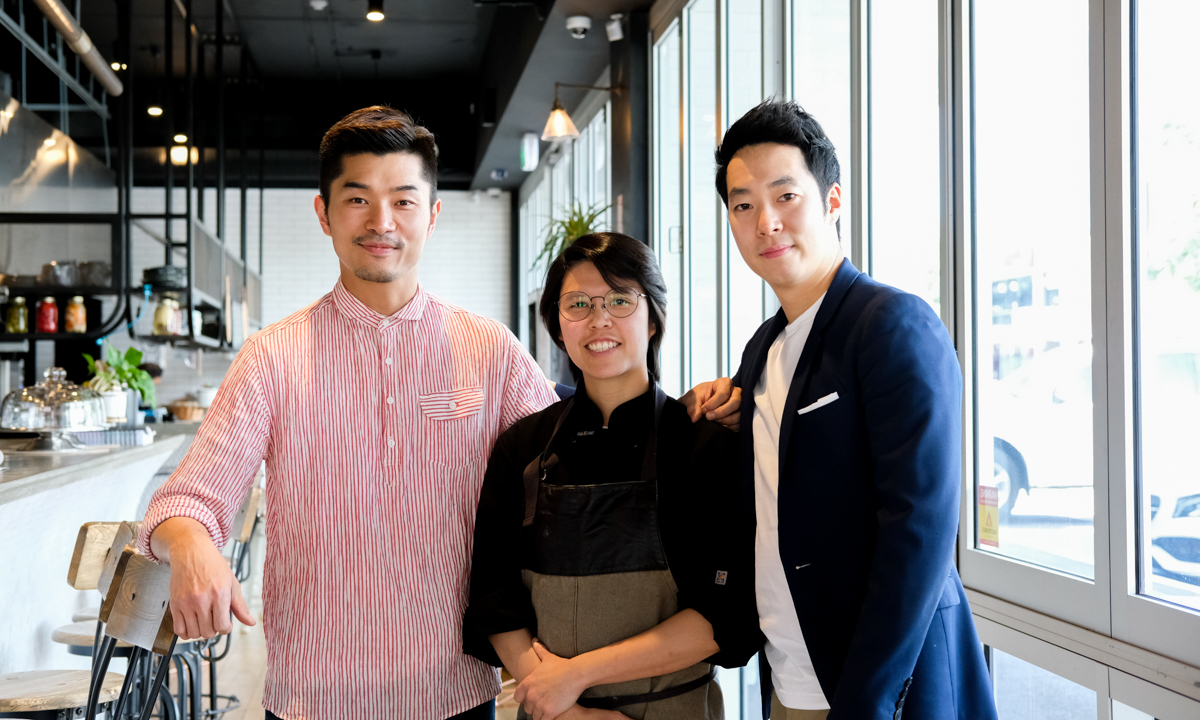