On the menu: Nitro coffee

Nitro is where coffee meets carbonation. It really was only a matter of time before the coffee nerds teamed up with the science nerds and we're glad that time is finally here. 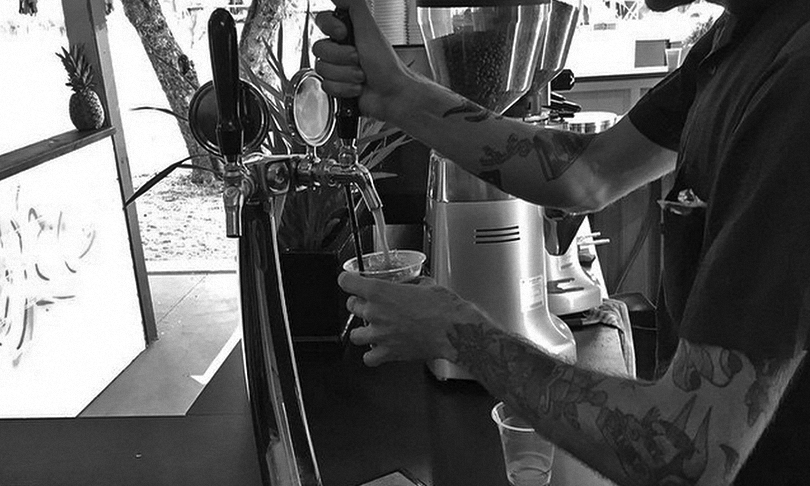 Remember the old days when you made coffee from a jar? Well, those days are so far gone that now your coffee is coming out of a keg.  Nitro Coffee is the newest way to receive your caffeine, and it has already popped up on tap at RJJ & Co in the Garden of Unearthly Delights, and Coffee Branch are set to install a permanent system.

Before it becomes ubiquitous, CityMag thought we’d better find out what it is. We chatted to Tim Page-Walker from Coffee Keg in South Geelong, who can best be described as a trailblazer in the field of nitro coffee, and is a popular supplier for those pouring it in Adelaide.

What’s involved in the brewing process?

So, specialty coffee roasters provide me with their beans. I then grind the coffee and disperse it into our brewing tanks, which turn it into cold brew. After a few days we separate the liquid from the grinds. We then put this liquid through a beer tank and charge it with nitrogen. It then gets stored in kegs, which we’ve imported from the Netherlands. And lastly is shipped back to the roasters, who sell it on to customers straight from the tap.

Can we expect an extra kick from Nitro Coffee?

The cold brewing process will extract more caffeine from the beans. So yes it will have an extra kick. It’s usually served over ice, which waters it down slightly. And then you can add milk or syrup.

What can it be compared to?

It looks like Guinness but it has the clean, crisp taste of an iced coffee with lots of floral, fruity flavors and absolutely no bitterness. The cold brewing process eliminates that bitter taste, which you often find in espresso or processes that use heat.

Best consumed on a hot day sitting under a tree, preferably in The Garden. An ice cold Nitro Cold Brew in hand from RJJ & Co equals perfection.

Is world domination on the cards for Nitro (coffee that is not the super hero)?

We don’t expect total cafe domination. Nitro will only make appearances in cafes that want to be the best and offer customers more cold coffee options. You might even see Nitro pop up at a few events, as it’s quick and easy to dispense.