Meet the chefs behind the chefs

Tasting Australia are paying credit where credit is due for a Glasshouse dinner event that hands the menu over to the second-in-command chefs of some of Adelaide’s most loved restaurants.

Properly paying your dues as a chef involves years of hard work in an array of kitchens, slowly climbing the rungs to win a coveted place against the stove in stifling heat.

Purchase Chefs Behind the Chefs tickets and see more information on the event here.

To browse other Tastng Australia events, see their website.

Tasting Australia’s Chefs Behind the Chefs dinner is paying homage to those who’ve climbed to 2IC, and so CityMag caught up with three of the rostered chefs to find out how they got there, and what they’ll plate when given a spotlight of their own. 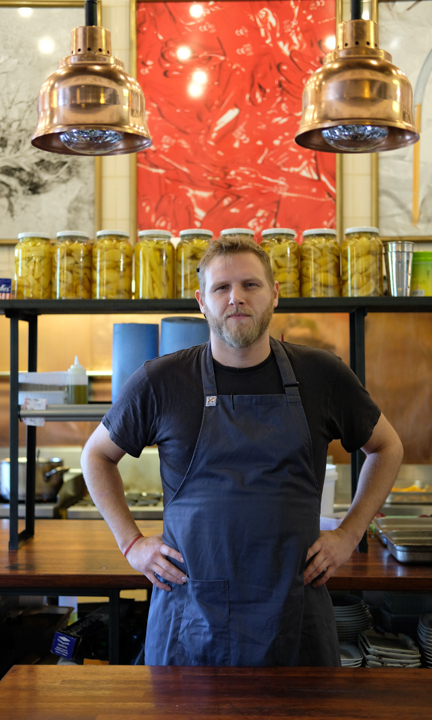 History prior to Africola?
I did three years catering college, and then went to London for five years working in French restaurants for the most part, then I went to an English kitchen.

I was in Surry for two years, working at a boutique hotel – when I started, [it had] no accolades, and then when I left we got it up to two Rosettes. And then came up here, stumbled across Africola whilst looking for a job, and been here ever since.

How has Africola shaped you in the time you’ve been here?
[The restaurant] being South African when I first came, and not doing any South African food in my life before, it was eye opening, with ferments, sauces, pickling, all the different spices.

I knew I loved the idea of share food… Everyone’s sharing that whole evening, their sharing and enjoying it together, having the experience and really knowing what the head chef is really trying to get across to people.

What influence have you had on Africola?
Duncan described to me, when offering me the sous job, that Mo and Duncan are good cop, I’m bad cop… [so] reminding people of the hierarchy.

I find that trainees, apprentices coming through nowadays sort of forget that, just because all the celebrity chefs on TV, so they think ‘Oh yeah, I’m going to be a chef, I’m going to be a rockstar, it’s going to be great.’ So it’s just reminding them of how it actually works, and… if you fuck up, own your shit.

How do you expect the Chefs Behind the Chefs dinner to run?
I’ve planned it as a share thing… [and] my menu, I’m hoping, is going to be really tasty, but simple at the same time. I don’t want to push it too far, because it’s only a small window, it’s a lot of covers.

Keep it simple, keep it tasty, and put a bit of me and a bit of Africola on the plate and hope that everyone enjoys it.

Is it an exciting prospect to have your own work so clearly laid out in front of people?
It is exciting. Daunting at the same time. I’ve done it for 35, 40, 50 people and now finding out it’s 160 – that’s going to be interesting… But I’m looking forward to it.

Hopefully it all comes out ok at the end. If not, well I’m sponsored now, so I assume I won’t lose my job (laughs). Who knows?

Any hints as to what you’ll plate?
My protein will be wagyu… and just a simple main with some sides to share, converse between people, whether you know them or you don’t. Try and keep things open. 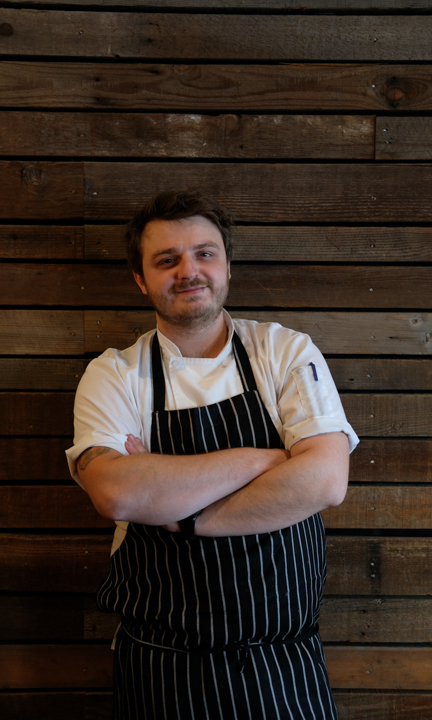 History prior to Press*?
Before I was here, I was at one of the group’s sister restaurants, Osteria Oggi. I was senior sous chef down there. Before there I was up in Darwin helping a friend rebrand his restaurant, and then before that I trained in London, so I worked at two sort of notable restaurants, the first being Almeida Restaurant and Bar under a chef called Anna Jones… And then I also worked briefly at Launceston Place… under Tim Allen.

How has Press* influenced you as a chef?
The food we serve here is pretty simple food; it’s sort of four-, maximum five-element plates, so it’s that sort of less is more mentality. Just focus on really good, local ingredients, and then complementing them with a few small garnishes. [And] honing in on local produce and high quality produce.

How have you influenced Press*?
Nobody’s bigger than a restaurant, you know? And Press* has been open for six years now, it’s already a staple of Adelaide, it’s already go its own ethos.

It’s more about keeping the consistency, keeping the team happy, which is a massive part of commercial kitchens nowadays.

What’s your role in the kitchen?
My role, as head chef, I get to have a lot of creativity. So Andrew Davies, the executive chef here, normally the way we do it is he’d go ‘Right, this is coming into season, we can get this.’ I’d take that away, come up with ideas, flavour pair, work on elements of the dish, do the dish. Andy would taste, Simon Kardachi would taste… and then we’d go from there.

On top of all of that, it’s the day-to-day running of the kitchen.

What was appealing to you about participating in the Chefs Behind the Chefs dinner?
Tasting Australia is a pretty amazing event, so just to be asked to be a part of it… all the local chefs coming together, big influential chefs like Jock [Zonfrillo] and Duncan down at Africola… It’s cool to be a part of that.

What’s your history prior to St Hugo?
My first job was working for Andrew Davies in a small restaurant – Andy has Press* Food and Wine and Oggi Osteria now – and then I went to Adelaide and started working at Jolleys Boathouse, and moved back to the Barossa and started working at a restaurant called 1918, and then I went to Appellation, and then FINO at Seppeltsfield, before heading to St Hugo.

What was appealing to you about working at St Hugo?
It was a complete start up; when I first got to the kitchen, nothing was there. Mark McNamara was the executive chef, and I’ve always wanted to work for Mark, being a Barossa guy himself. I couldn’t wait to be a part of it, to be honest.

How has St Hugo shaped you as a chef?
Mark has got a lot of hospitality experience, and he’s shown me more about learning about palate, and learning about wine and wine matching, and really balancing flavours to work with wine.

What influence have you had on St Hugo?
Our team is really youthful – I’m the second youngest in the kitchen, but I’m running the kitchen for Mark, which is pretty cool.

Mark brings experience and we bring passion and drive, and everyone else in that kitchen wants to do something new and different everyday, and Mark’s there to help guide us and push us.

What do you see as the role of a sous chef in the kitchen?
The day to day running of things, making sure that everything is ordered and maintained and quality controlled. There are times where your head chef or executive chef are not going to be there, so you need a very strong sous to look after the kitchen.

What will you be bringing to Chefs Behind the Chefs?
I wanted to bring some slight Asian influences, nothing too crazy… For me, I wanted it to be all about flavour, so not have too many components, and just really have some kick-arse flavour.