HNLY, a new restaurant from Diaspora Kouzina’s Angela Papas and Peter Louca and Georges on Waymouth’s George Kasimatis, offers quality, seafood-driven Mediterranean cuisine with a commitment to broadening the array of expected flavours. 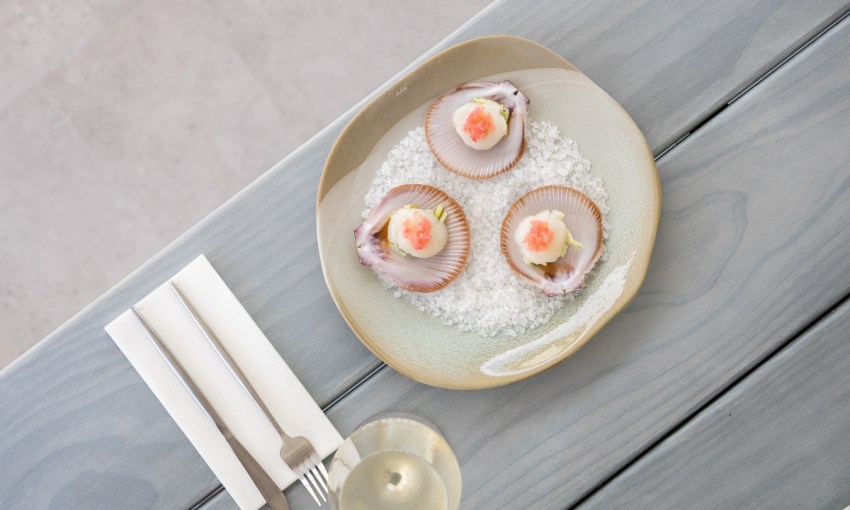 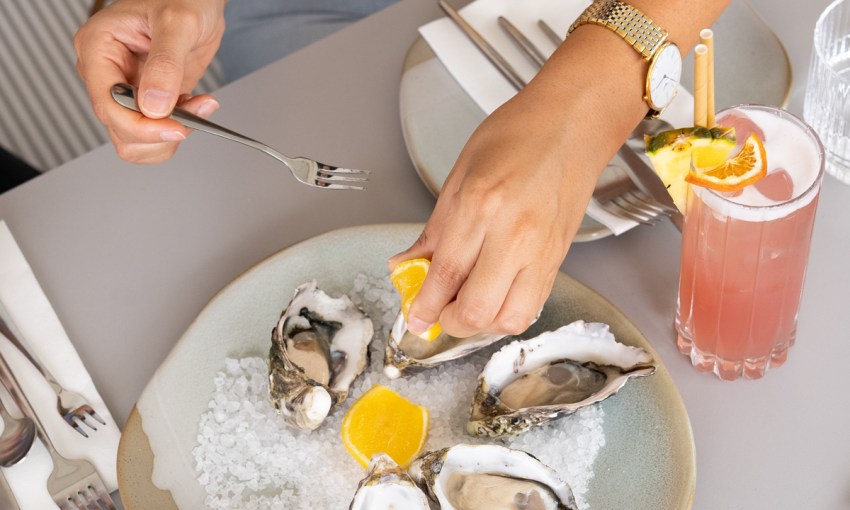 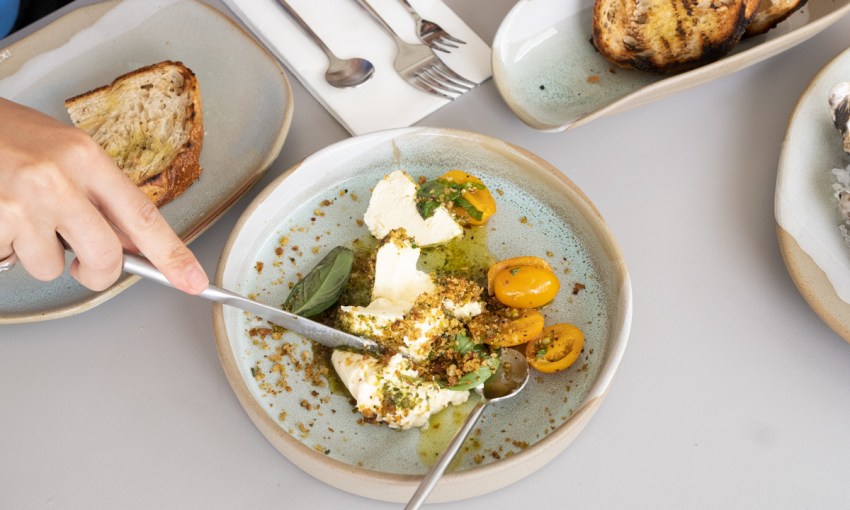 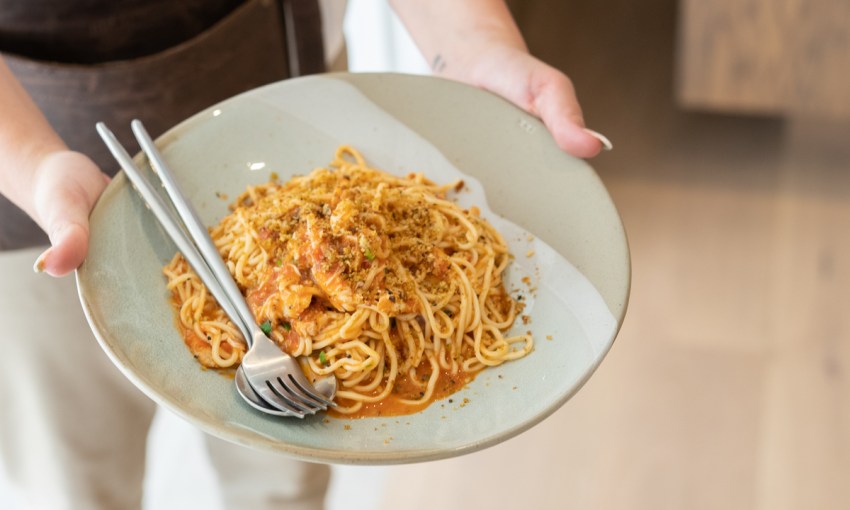 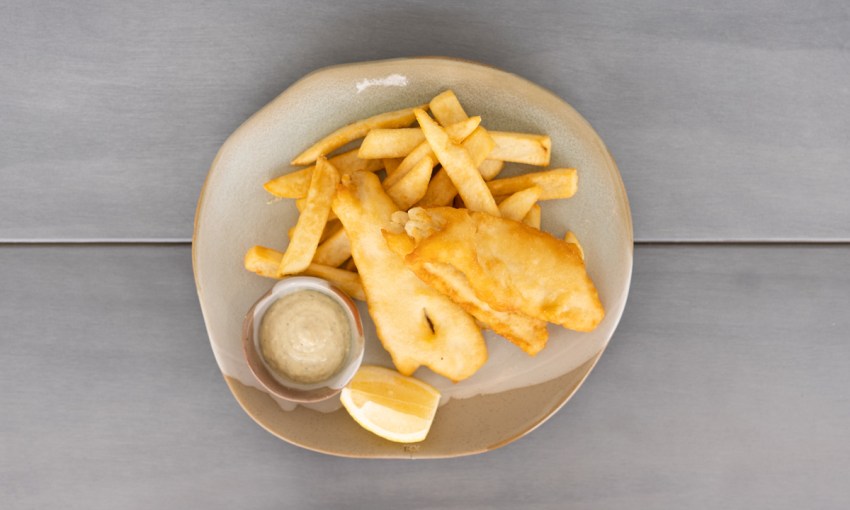 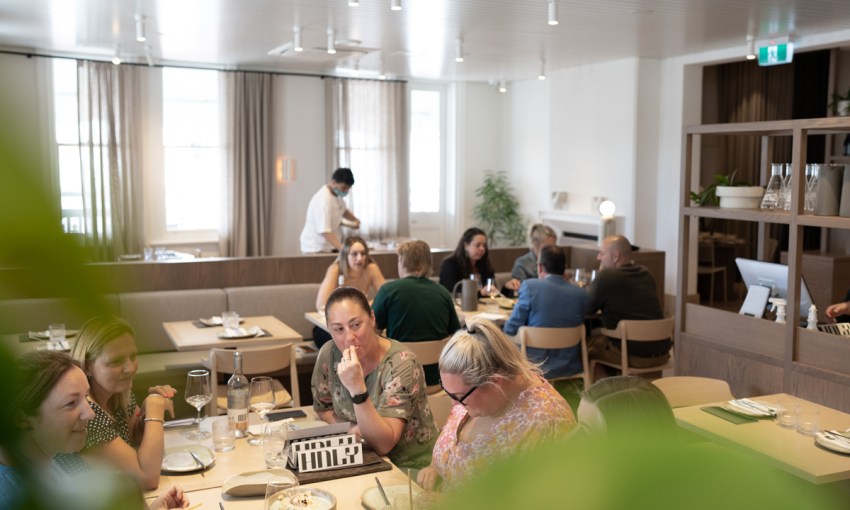 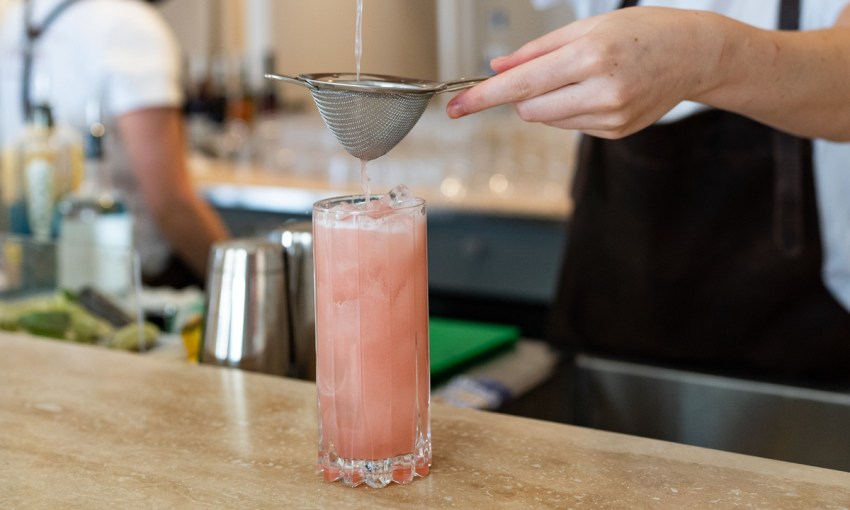 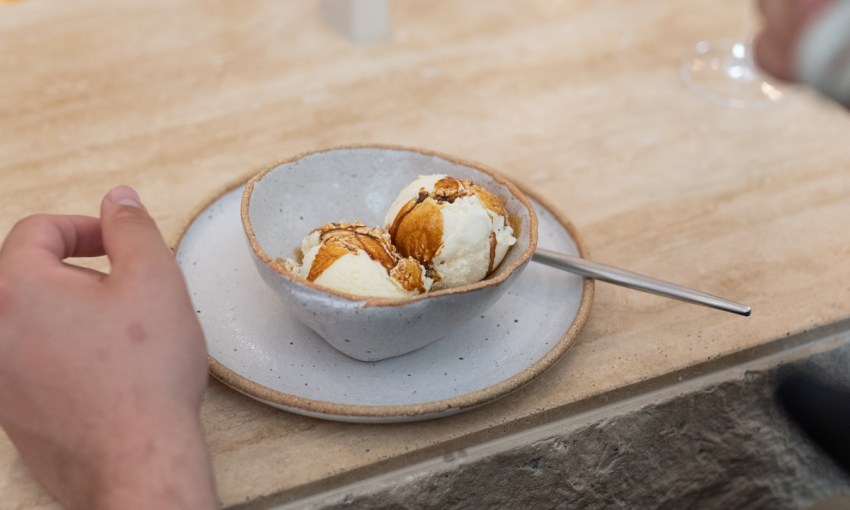 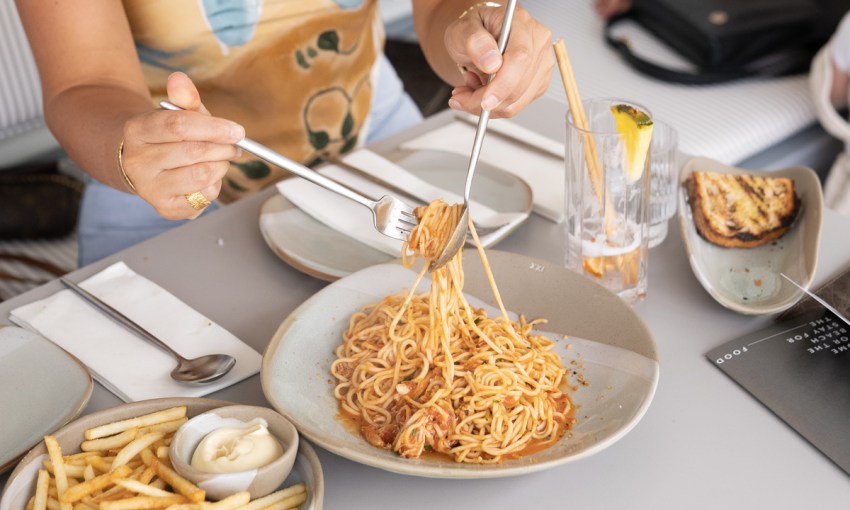 On the upper level of a building overlooking Henley Square, a homely restaurant has appeared.

Founded by Angela Papas of Diaspora Kouzina, Peter Louca, of Louca’s Seafood (and also Diaspora), and George Kasimatis of Georges on Waymouth, HNLY brings together the varied talents of the three owners, producing Mediterranean cuisine paired with a mostly local wine list.

The team first got together in 2020, scouting a space along The Parade, before George was alerted to the vacant spot by Nick and Anesti Mavridis, who run Estia on the ground floor.

Formerly apartments, Genesin Studio was contracted to create a restaurant that was “simple, clean, a bit Europe-y”, says Angela.

The colour palette is neutral and the use of soft materials throughout the space offer a cosy, homely feeling.

Angela hopes the result is diners will “Feel like you’re sitting maybe somewhere in Europe”.

“We’ve got a lot of natural stone and keeping things very neutral resembles that feel in Europe,” she says. 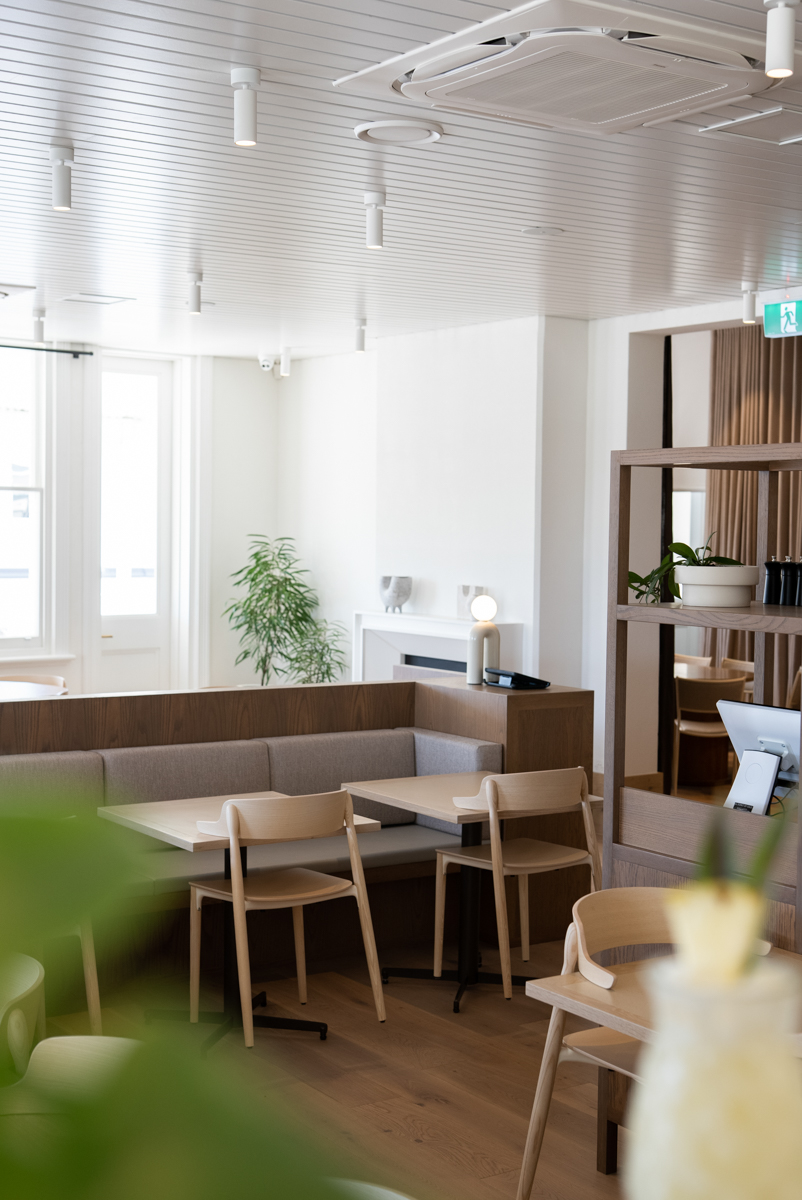 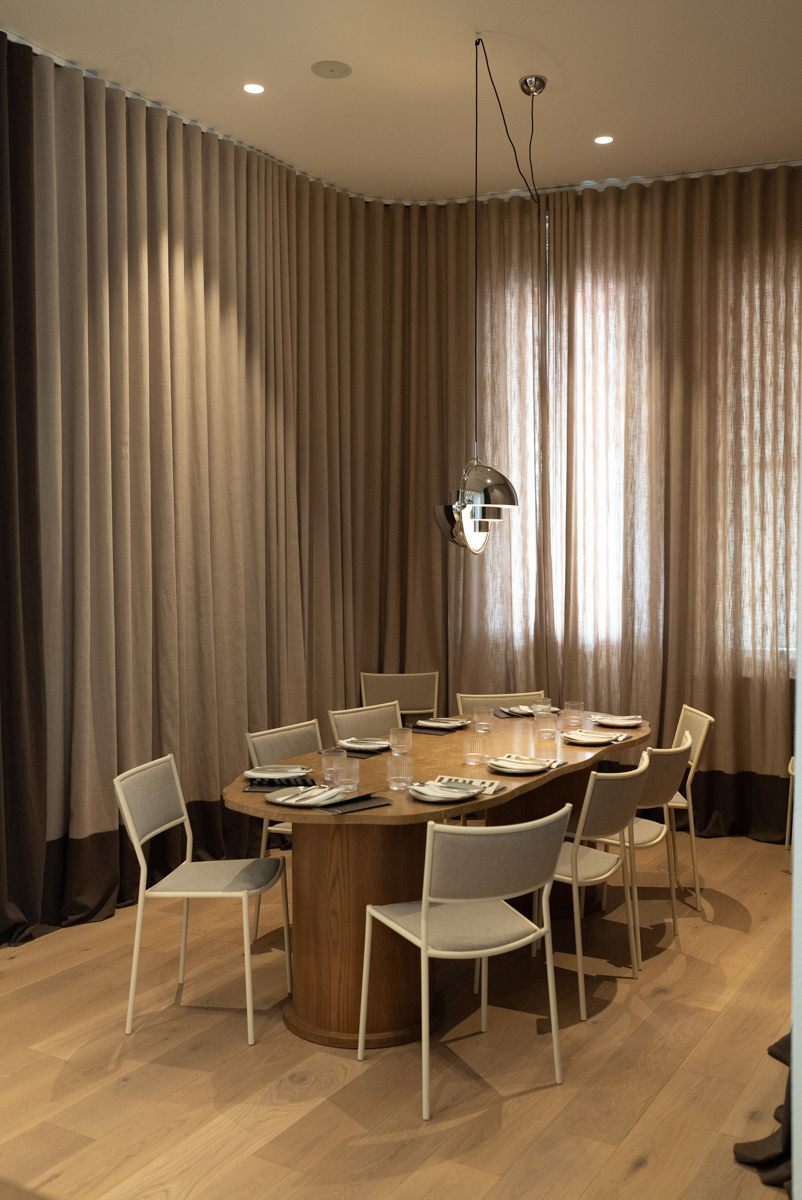 HNLY opened in December 2021, and the initial menu was designed by Grant Schooling, the head chef at Louca’s Seafood. The team has since drafted in Ricardo Plazola, formerly head chef at vegan fine-diner Allegra Dining Room.

The menu draws heavily on the influences of the owners’ hospitality histories.

“Grant likes to work with a lot of flavours and heaps of sauces, so here it’s very simple, clean and fresh.

“We’ve tried to use the same ingredients as Louca’s, in terms of fish and quality, but change the flavours. So we want people to come to this restaurant and experience something that they wouldn’t experience at George’s or at Luca’s.”

Angela points to the raw scallop dish, which is “served with kohlrabi and finger lime”, as an example of the kitchen team creating new flavour combinations. 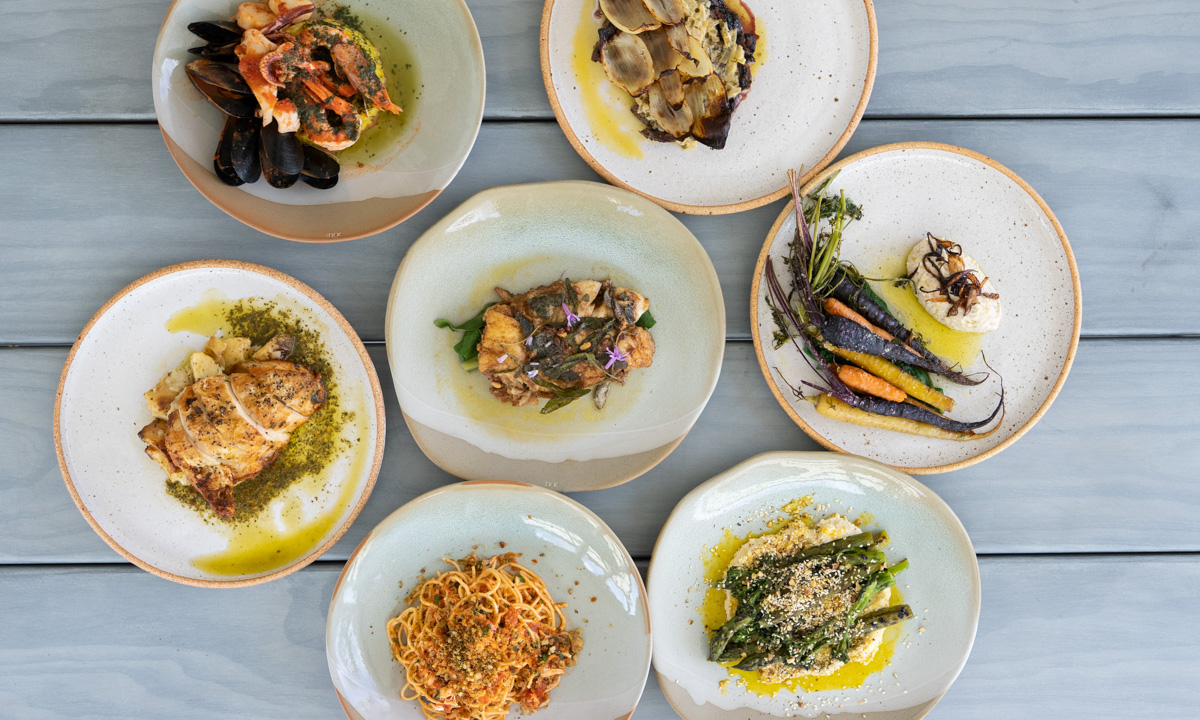 The original plan was not to have so much seafood, but as the restaurant was being built and the menu developed, feedback from friends and family pushed them towards the ocean.

“We like to work with local suppliers, and we like to source the freshest seafood there is – no matter what state it comes from,” Angela says.

“We are working with Chris Bolton in Queensland, so he fishes early morning, like very early morning, and ships it straight away. We receive it in less than 12 hours of him catching it.”

In addition to the mostly local wine list, Twenty Third Street are the first pour at the bar.

Angela hopes the venues becomes known as a place for Henley-goers to stop by, regardless of what kind of dining experience they’ve come to the area for.

“We want people to come here and have a good time,” she says.

“If they want to stay for a long lunch, then they’re more than welcome. If they just want to come for a drink, we’re very open to everything. That’s why we designed the venue the way that we did.”

HNLY is located on level one at 253A Seaview Road, Henley Beach. The venue is open midday ‘til late, seven days. 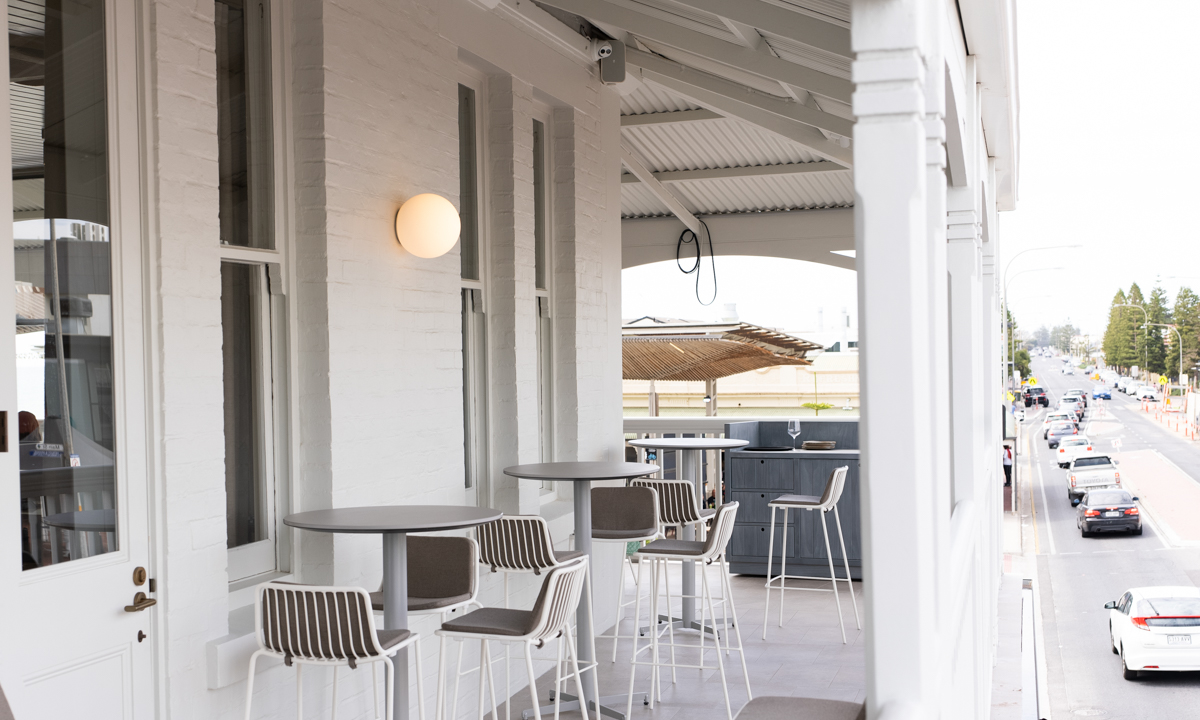