The making of Basket Range part III: Out of range

Monique Millton and Tim Webber's still-establishing Manon farm at Forest Range is the quintessential example of how the Basket Range philosophy is beginning to find a foothold in neighbouring locales.

Monique Millton and Tim Webber were always going to grow things. But, as Mon hails from New Zealand and Tim from New South Wales, there was no certainty they would end up doing that in the Adelaide Hills.

This is the final in a three part series on Basket Range – a wine region in the Adelaide Hills. Read the first instalment here and the second here.

Join us and Manon Wines at the conclusion of the vintage season for The Festival at Basket Range (basically a party with the whole community). April 7 from 12pm-8pm. More information and tickets are available at the website.

“Tim and I, first and foremost, our favourite thing is growing vegetables. Grapes are quite equal, but just growing things is the most important for us,” says Mon.

“There’s a magical side to it.

“But I never knew that I would live in the Adelaide Hills and I don’t think Tim did either.” 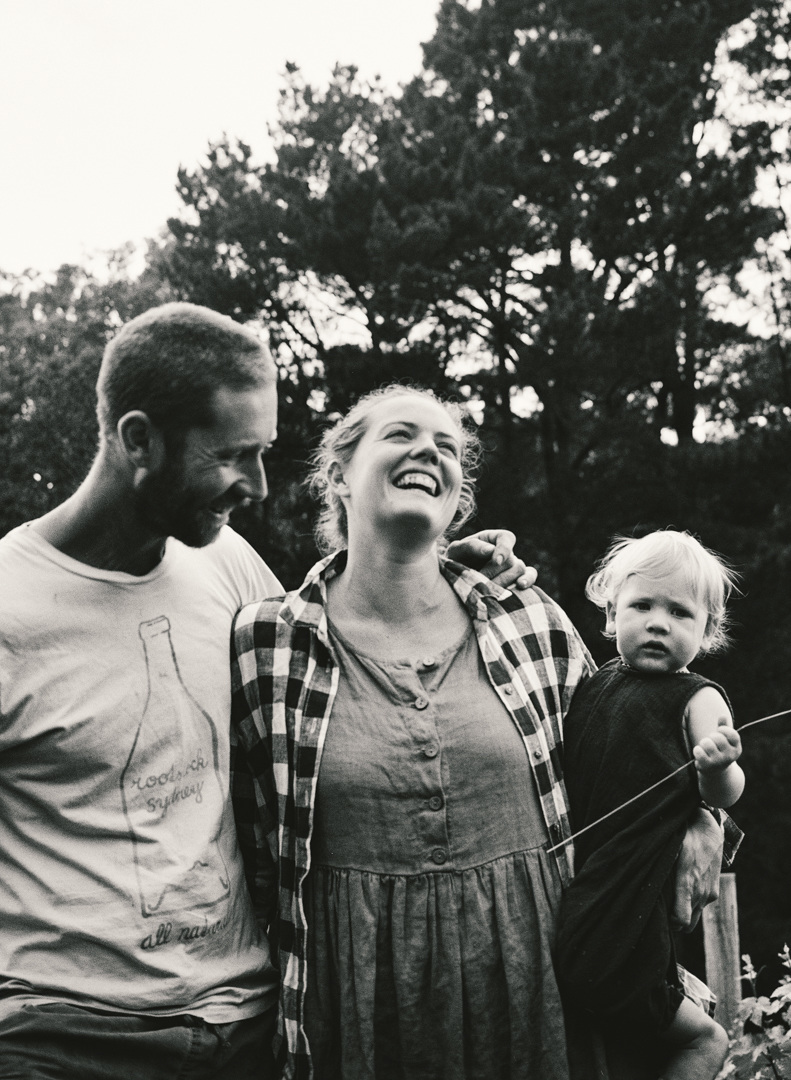 The pair lived in the Hills for a while in the early part of this decade, growing produce on Anton van Klopper’s property and making a living by selling at Farmer’s Markets. But, life took them elsewhere – in 2014 they headed to New Zealand to work with Mon’s parents on the biodynamic and organic farm where she grew up, and the couple were unsure if they would return to the Basket Range region.

But by 2016, they found themselves lured back to the Hills by magnetic thoughts about a property they knew was for sale in Forest Range – the ridge that sits above Basket Range.

The property has practical advantages – its elevation and position, for example, make it home to a constant breeze which helps keep disease away from organically-grown crops. But it also has more nuanced qualities, such as its visual beauty and its proximity to the community Tim and Mon became part of when they lived in the Hills previously.

“We have a really beautiful community around here. A few of us have young kids and they all hang out and play, and we’re all creating new businesses in the wine industry and that’s a huge thing,” says Mon.

“It’s a super special place to be.” 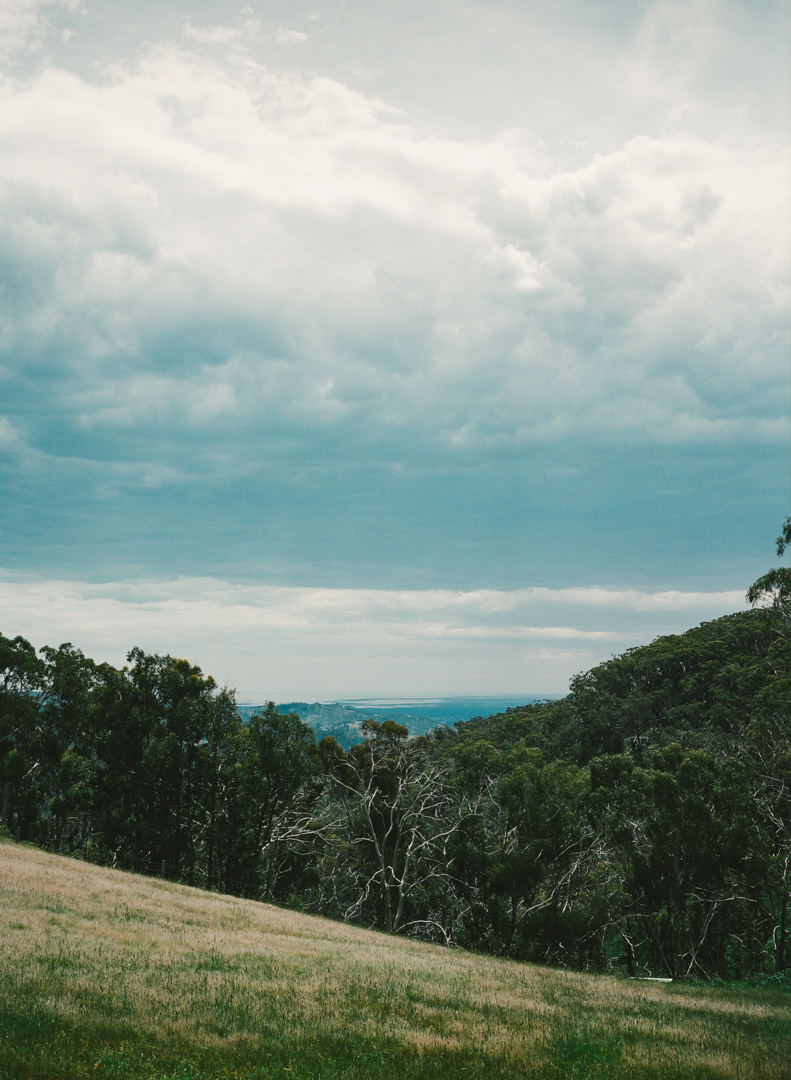 Forest Range – A special place to be

Since moving onto their property in April of 2016, Tim and Mon have begun the work of transforming it into an embodiment of their philosophical approach to life.

Dubbed Manon Farm, it is now where they grow produce to sustain themselves, their 18-month old son Felix, and their animals, grow herbs that can heal and strengthen both humans and plants, and grow all the grapes with which they make their wines.

“In South Australia and Australia and in New Zealand there is a very strong tradition to how people grow grapes and Tim and I respect that very deeply,” says Mon, “but the way we’re doing things is not that traditional.

“For us, biodynamics – in a very simple sense – the idea behind it is about being sustainable in your own land and not bringing things from the outside in. So, the bread we make and the wine we make and the passata and all these things are all somewhat connected and that is creating balance and, I guess, a bit of harmony. And, it’s also a way of being sustainable.”

This means hard work for the time being, with Tim and Mon personally tending the entirety of their property and slowly making infrastructure improvements (like adding fencing) whenever time allows. But, like so many people working in Basket Range and its surrounds, they are thinking well beyond the next few days, weeks, or years. 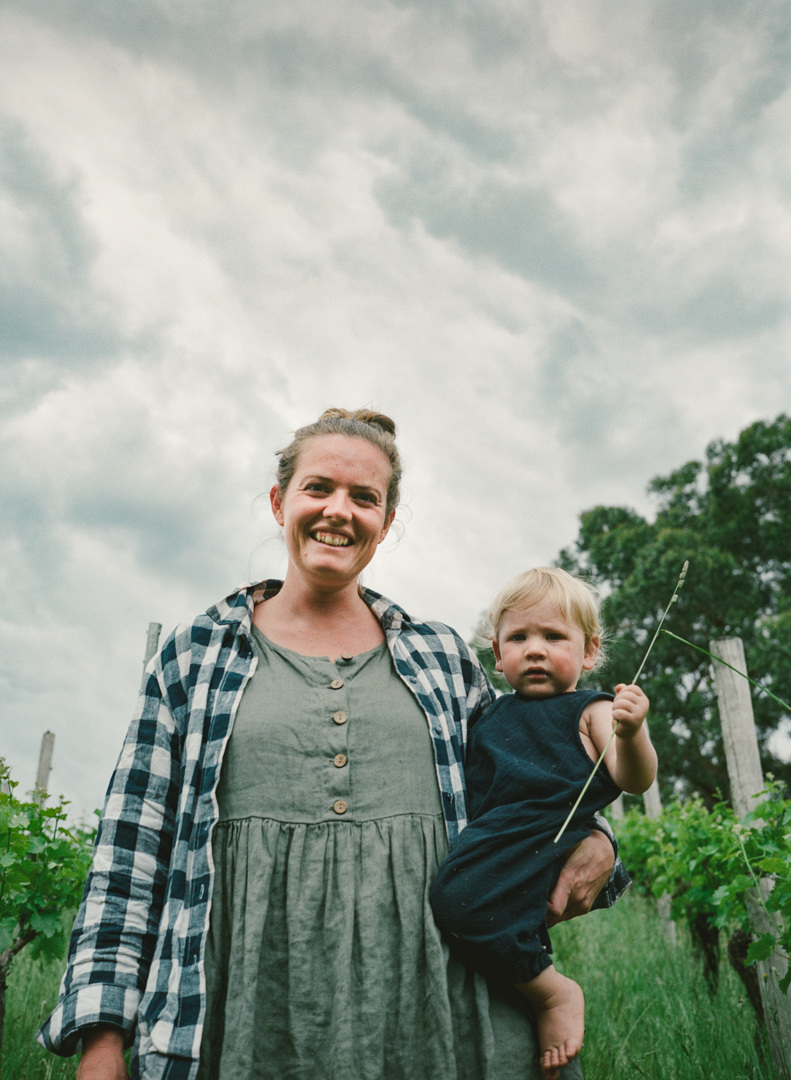