A sister takeaway pizza bar to Uraidla's Lost in a Forest, Square Slice Pizza is churning out rectangular Detroit-style pizza “akin to old-school, deep-dish Pizza Hut” available only as take-away. 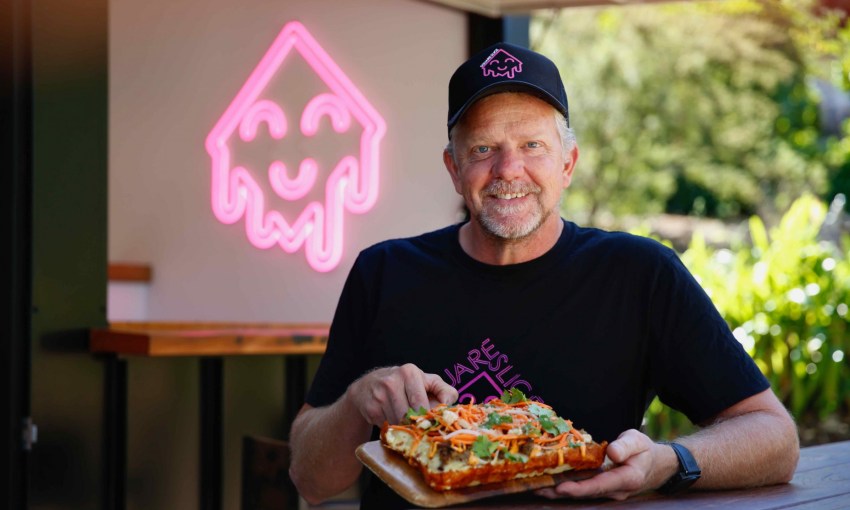 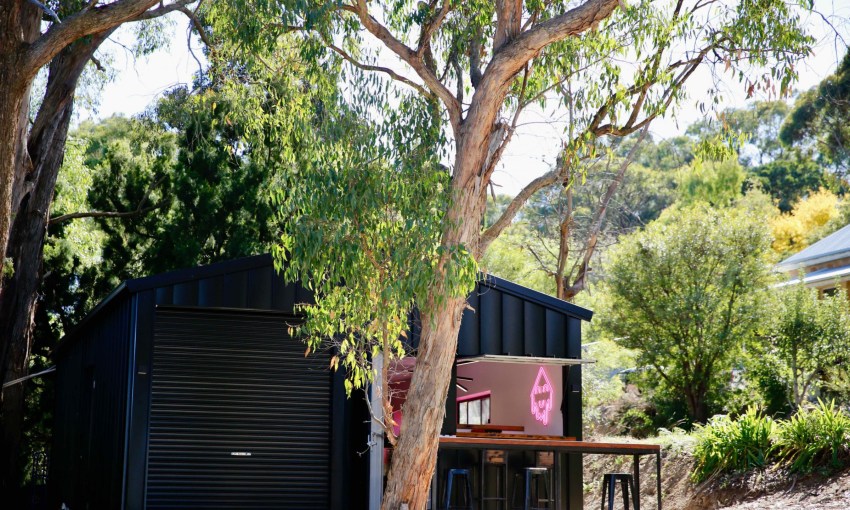 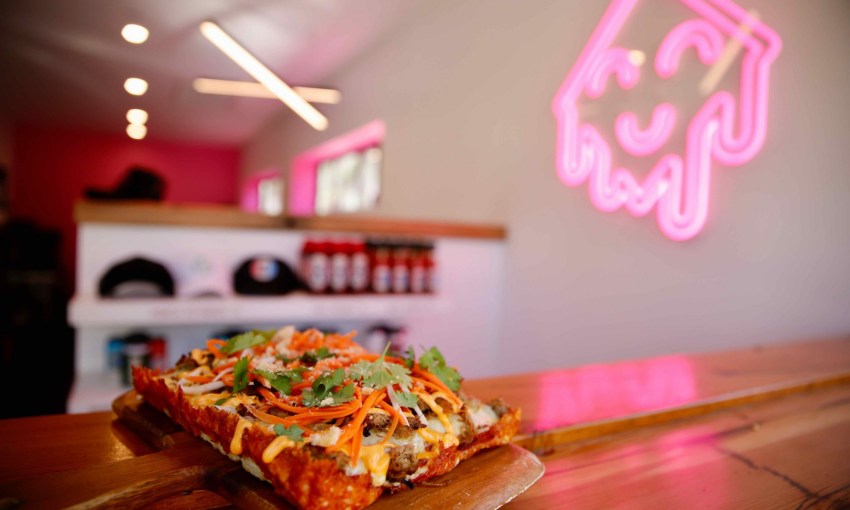 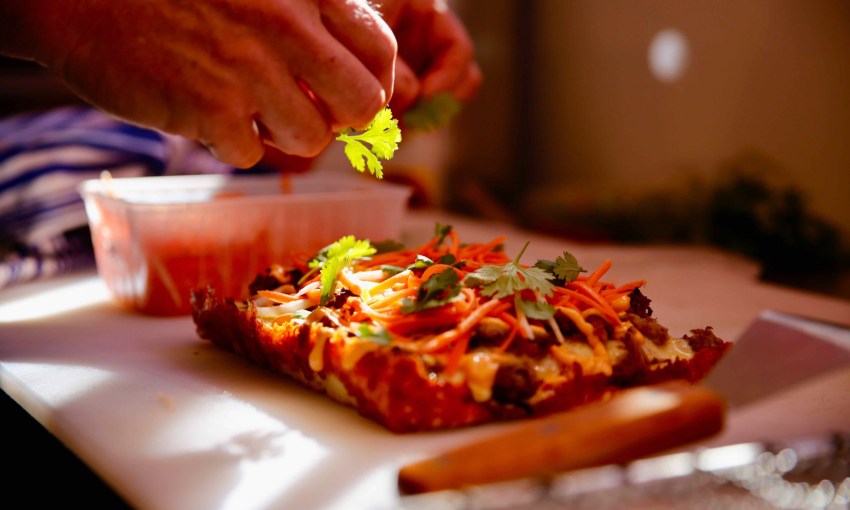 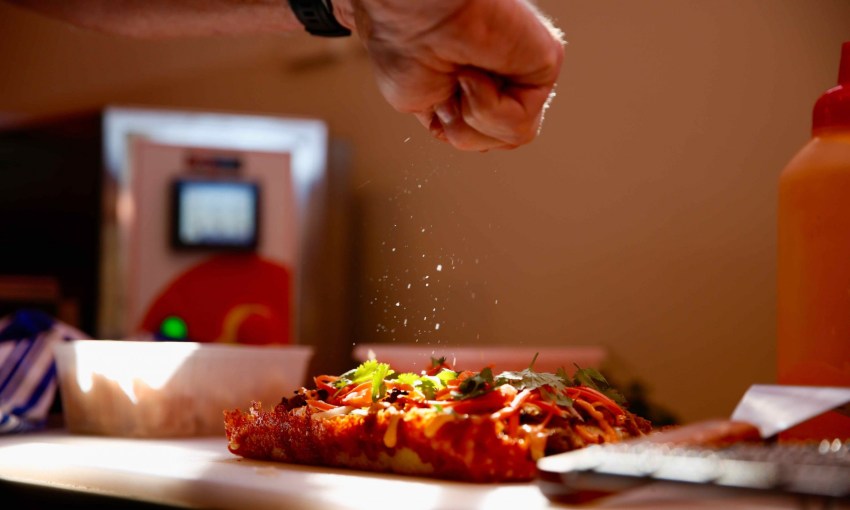 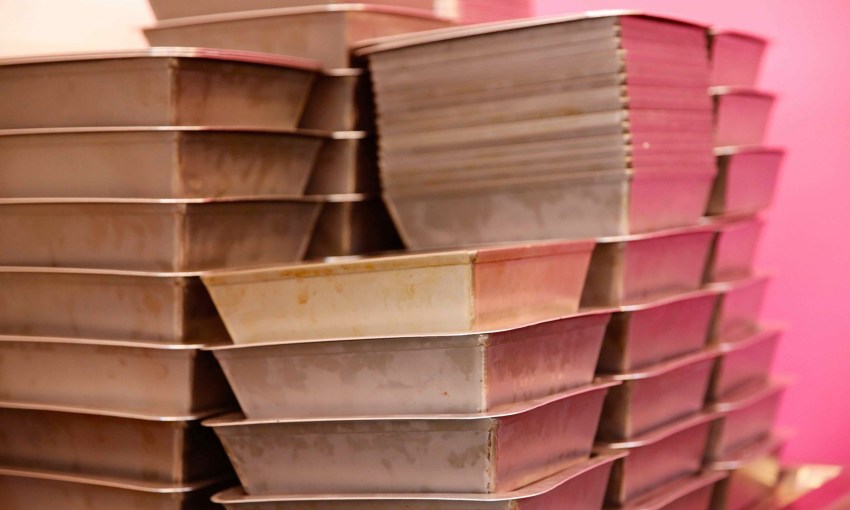 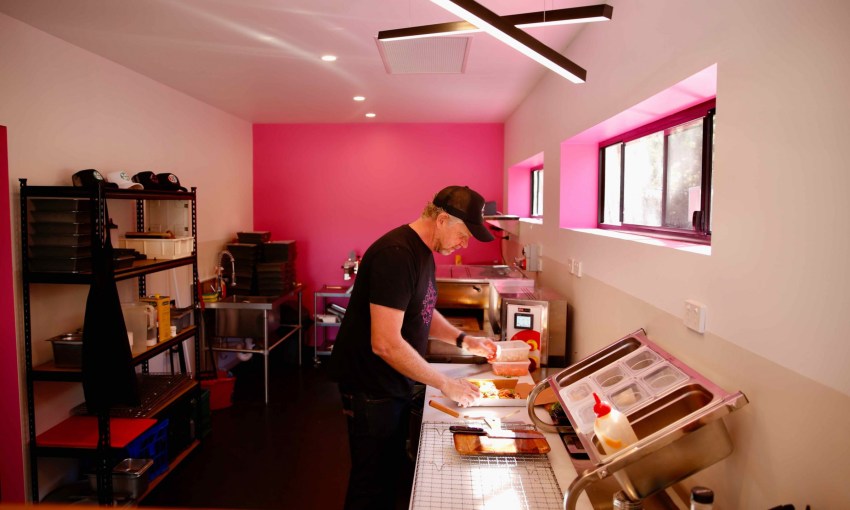 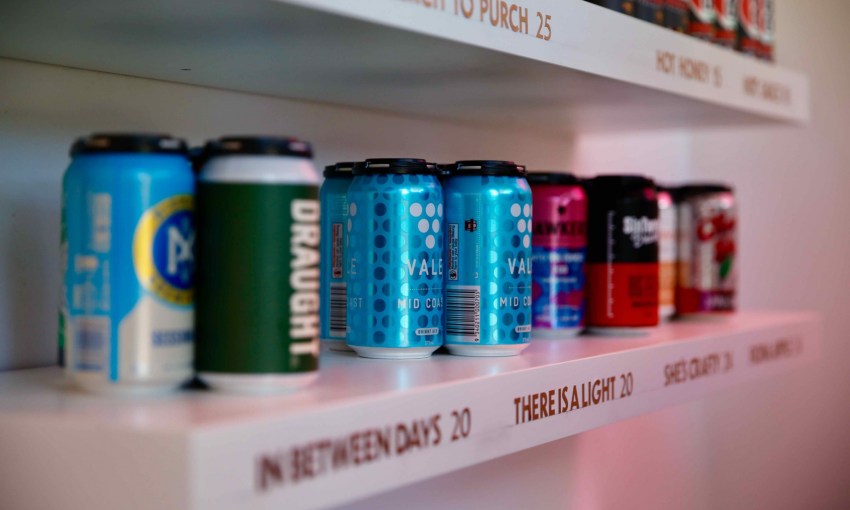 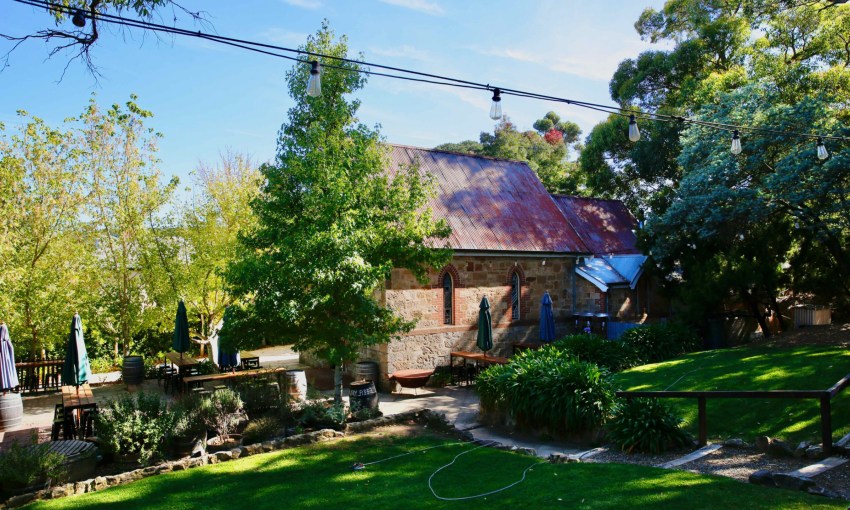 Graphic designer-turned-pizza slinger Charlie Lawrence was on the money six years ago when he and his business partners including the late winemaker Taras Ochota decided to transform a 130-year-old Adelaide Hills church into a pizza restaurant.

Lost in a Forest has become a staple hangout at Uraidla with organic wood-fired pizzas topped with interesting combos such as the banh mi with coriander and pork crackle, Buzzbomb with chilli infused honey, and Hail Caesar as a tribute to the eponymous salad.

All ingredients are sourced within a 100-kilometre radius, including the flour which comes from Laucke Flour Mills at Strathalbyn.

In November last year, Charlie resigned from his full-time job as a graphic designer to tear down an old shed next to Lost in a Forest and build a very flash new shed — “every guy’s dream” — as a home for his new takeaway brand, Square Slice Pizza.

Inspired by the deep-dish Detroit-style pizza which is currently on trend in the United States, this stout, plump pizza is bordered by a crusty cheese edge and seems completely foreign to the thin wood-fired Neapolitan discs created within the church next door.

“It is a completely different concept to wood oven pizza, but it is so nice and warm and cheesy – all the things that you want to have in a pizza,” Charlie says.

“It’s almost like a focaccia base and you can really load up the ingredients and have some fun with different flavours because the base is so much thicker.

“It’s a really good take-away pizza and more akin to old-school deep-dish Pizza Hut which is nice and fluffy and oily and crunchy. 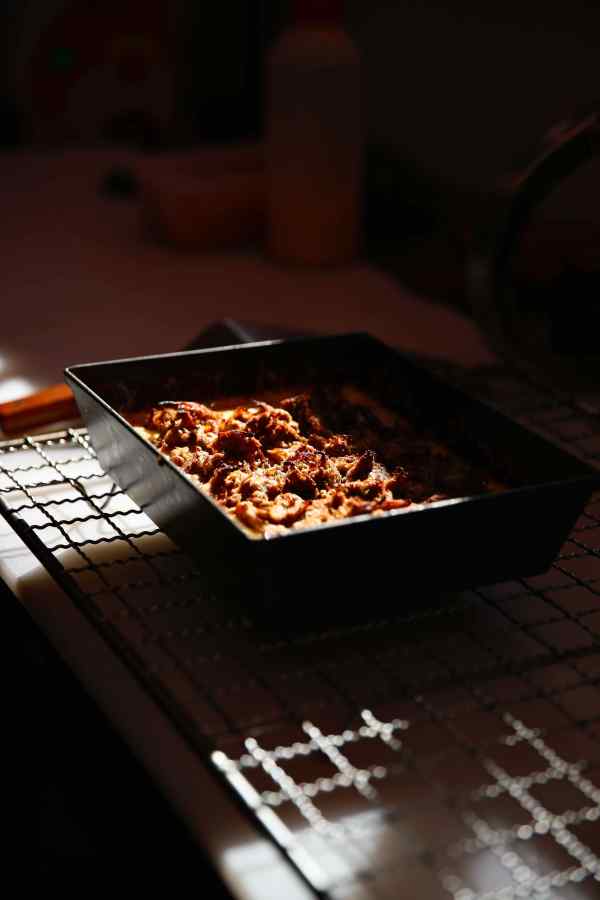 “In terms of leftovers, you can nuke it for 10 seconds the next day and the pizza just comes back to life again.

“We are using all of the same ingredients and toppings that people love at Lost in a Forest.”

Square Slice is simply a small shop window with an outdoor table where customers can enjoy a beer while they wait for their orders.

The venture will take the pressure off of the Lost in a Forest kitchen but is also a passion project that Charlie hopes to roll out to further locations.

“We’ll often do takeaways at Lost in a Forest where we’ll close restaurant bookings for one hour and pump out 25 takeaways to cater for someone who’s having a party nearby.”

Charlie has built the kitchen to fit the smallest footprint possible so that it might be expanded to other locations, the CBD being front-of-mind.

“We may expand our takeaway options and then who knows, maybe one day have this somewhere else in the city; the kitchen takes up a minimal footprint,” he says. 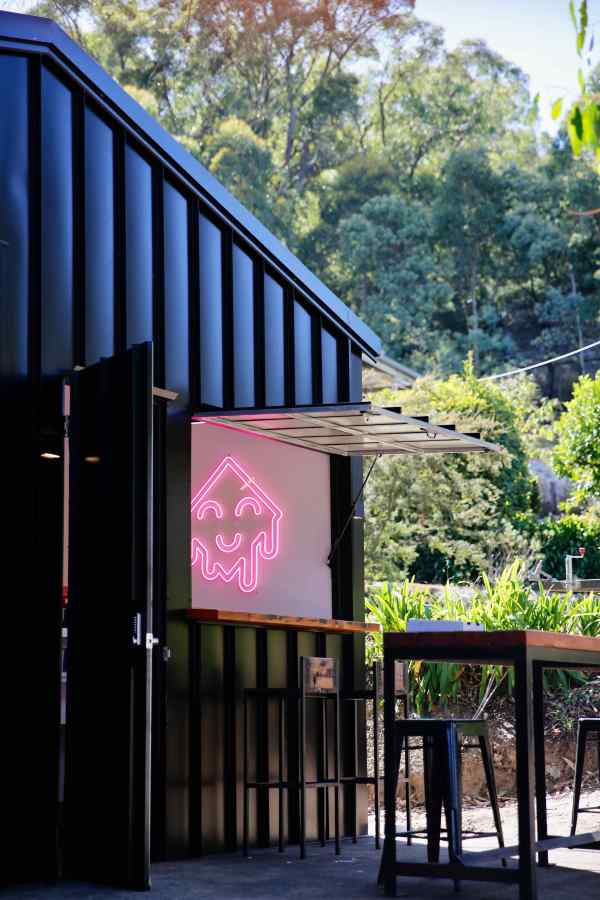 We can see the influences

Drawing inspiration from Japanese pop-culture, Charlie designed the brand’s artwork to be fun, friendly and approachable, yet a stark contrast to the rustic ambiance of Lost in a Forest.

“If this takes off, which I think it will, I might get back into designing again because I love design, but we’ll make sure to get this up and running first,” he says.

“There are not many people doing Detroit-slice pizza in Australia full stop, maybe two or three on the East Coast.”

Detroit-style pizza has been around for 75 years, originally created at a Detroit institution Buddy’s Rendezvous Pizzeria in 1946.

The story goes that the in post-war Detroit, the heart of America’s automotive industry, a pizza cook borrowed some automotive pans that were designed to hold nuts and bolts and other automotive parts.

“You can’t really get them here. They’re non-stick, very heavy duty, and transfer the heat amazingly to the pizza which creates a really nice cheese crust on the edge.”

Charlie has been thinking about the concept ever since he visited Chicago three years ago and says it has become an obsession.

“At first, it was just a few places in Detroit that really specialised in them, and in the past few years, everyone’s gone mad for Detroit slice all across America; every big pizzeria in the States is doing them.”