The bang just got a bit bigger, and it got a taproom too. 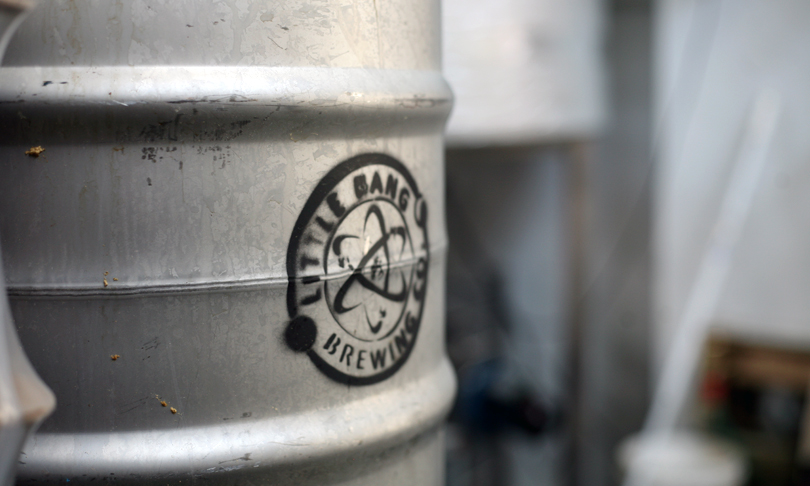 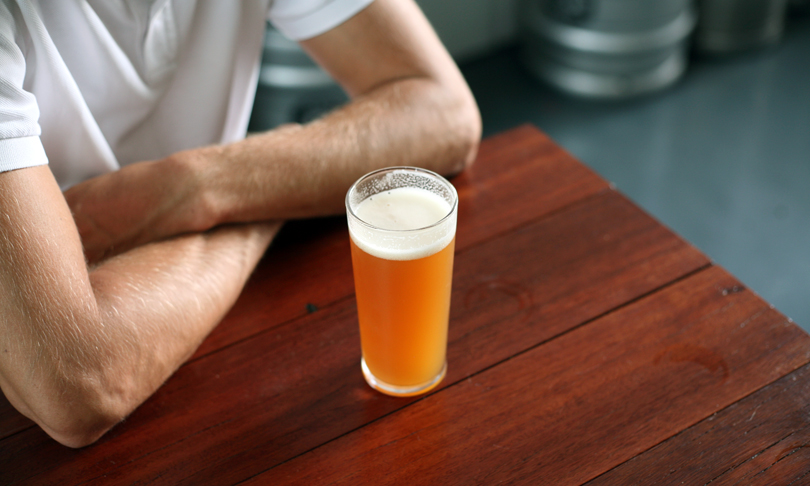 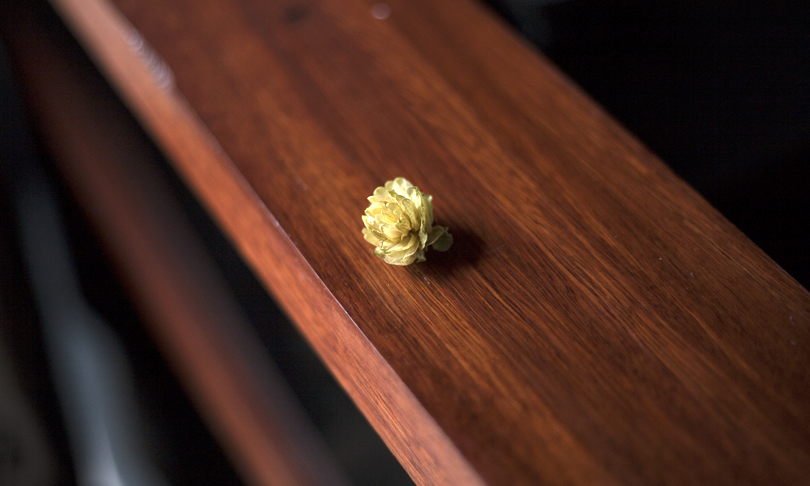 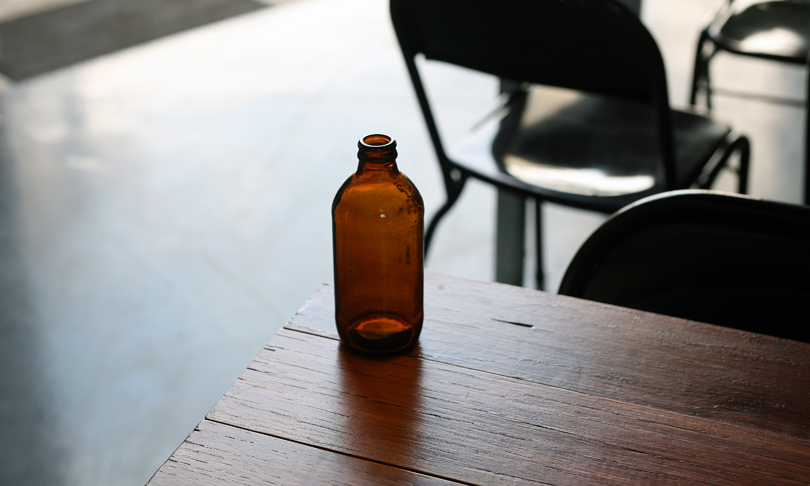 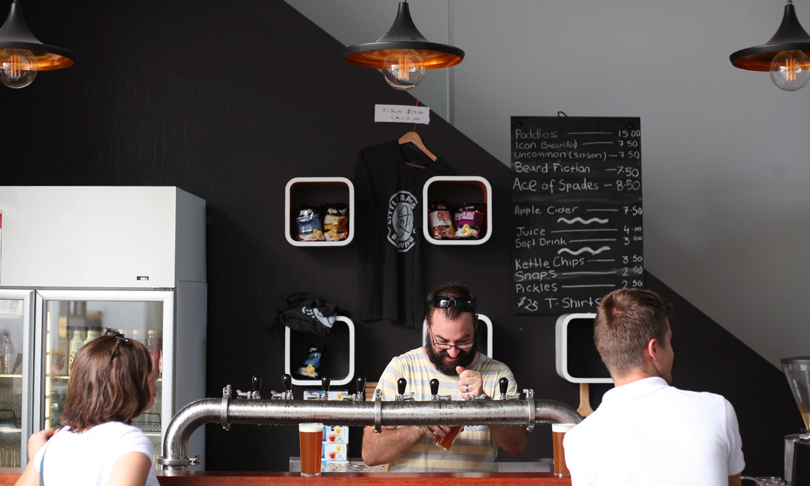 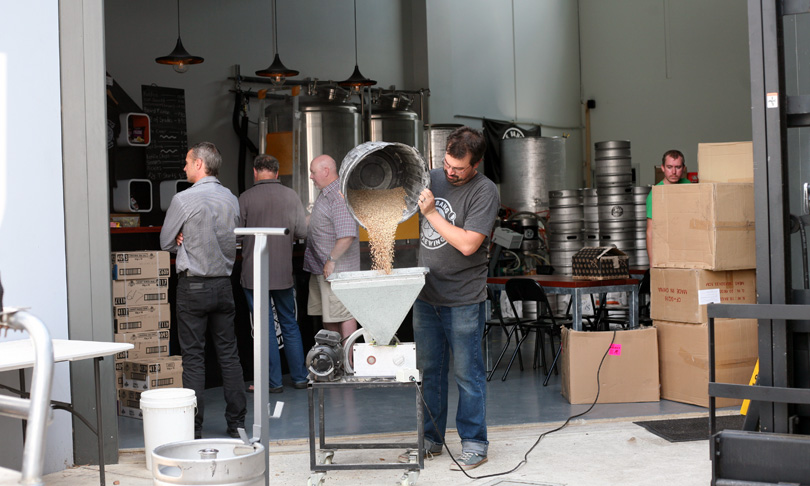 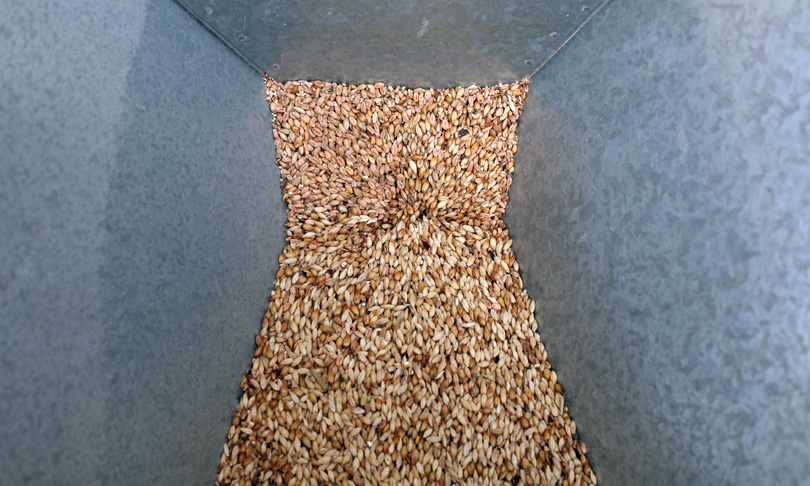 Ryan Davidson and Filip Kemp’s Little Bang Brewing Co started as a sort of hobby, but quickly outgrew that definition.

The Little Bang Brewing Co taproom is open 12pm-9pm Friday and Saturday. Visit them at 8A Union Street, Stepney.

“At some point, Ryan and I both individually had the same thought of ‘I’ll save money and brew my own beer’,” says Fil. “It is cheaper until you get obsessed with it and then you just end up making more and drinking more.”

Having met while working together in game development, and then moved into new careers – Ryan as a craft beer rep for Palais Distributing Co and Fil into his own refrigeration and fabrication business – they decided to combine their love of home brew into something a little more formal in 2014, and set up a tiny brewery in Fil’s shed.

“Initially we were going to test the market, but we outgrew my shed in the first two weeks basically, which is painful but good,” says Fil.

Little Bang’s beers proved popular from almost the moment they first poured from keg to glass, and now – less than two years after establishment – they’ve moved into a much bigger shed in Stepney.

“We use traditional methods.” – Fil Kemp

With fermentors fresh from China and a range of other adapted equipment, the new premises will allow the pair to almost triple production. They’re also moving into hand-bottling the range, which was formerly only served in kegs. And – perhaps most importantly – they’ve opened the facility up to the public as a taproom, where they serve beer to drink on site or take home for later from midday-9pm every Friday and Saturday.

“The plan is to do about 40 bottled cases per batch of beer,” says Fil. “And we’re in talks with some other breweries about doing large production of cans to go interstate with.

“The demand is there – we just can’t even fulfil South Australia at the moment, so we’re always running to keep up.”

Despite being flat out trying to produce enough of their existing lines to satisfy demand, Fil and Ryan are sticking with their tried and tested model of constantly experimenting with and producing new brews.

“Our range is growing dramatically because we try to do a pilot batch every week and the first three pilots that we did, which was a double IPA, a hibiscus saison and a strawberry ale were really good and everyone was asking for them,” says Fil.

“Icon, which is our steam ale and Uncommon Cloud, which is a saison, are our base beers and then Beard Fiction [an American pale ale] is probably our next one.”

It doesn’t seem to matter what Fil and Ryan produce, it remains in high demand. It’s something they struggle to explain, but their commitment to labour-intensive production methods and good ingredients could well be part of it.

“We use traditional methods, which is slow ferment, let it rest for a while – so it takes from brew to pouring out the taps is about six weeks,” says Fil.

The new Stepney facility officially launches on April 2, but is already open to the public – so all anyone need do to keep up with Fil and Ryan’s experiments in beer is drop by.