Sydney chef Nathan Sasi has moved to Adelaide to open the "go-to place for natural wine."

In a few months’ time, the shop will be transformed into Leigh Street Wine Room – a wine bar and restaurant specialising in low intervention wines and food that showcases South Australian produce.

The fit out comes courtesy of Studio –Gram, and will transform the room from its current state of tile and fluorescent light into an unpretentious venue modelled on European wine bars in Paris and Barcelona.

While an arched ceiling stretching the length of the 100sqm space is bound to make a strong first impression, there will be no mistaking the intent of Leigh Street Wine Room.

“There’ll be maybe 400 bottles all on display, so when you walk in, you know what it’s all about,” Nathan says.

“The main focus for us is to serve alcohol that’s low intervention. That’s the concept in a nutshell.

“We’d love to be the go-to place for natural wine. And it would be great to be able to transform people from what they conventionally like to something new and interesting.

“We want to focus on all the producers that do things that we’re really passionate about, too, with the food we produce… If we can marry the two concepts, the alcohol and the food together, that’s really important for us.” 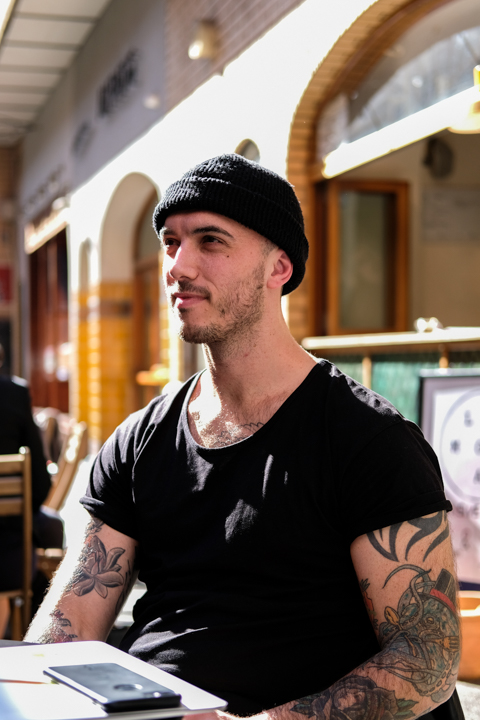 The food will draw mostly on Nathan’s own interests, rather than focussing on a specific cuisine, but will be “whatever the produce is dictating for that week or that day, and it’ll change weekly, if not daily.”

“One of the biggest parts of the concept was to try and really represent all the great produce from South Australia,” he says.

“I describe it as choose-your-own-adventure dining – you can come for a quick snack and a glass of wine, or you can stay for a long dining experience.

“Pretty much everything will be sourced from [within] the state. We’ve obviously been going to a lot of farmer’s markets, meeting growers and producers. Again, the produce here in South Australia is incredible.”

It is also a new challenge for the chef to design a food menu with the wine as a starting point.

“I’ve worked in restaurants before where the emphasis is all on the food, so it’s kind of nice to do something a little bit different now,” he says.

Nathan, who is originally from Sydney, has a 20-year history in hospitality, starting with an apprenticeship under Neil Perry at Rockpool, stints at Dinner by Heston and Moro in London, Husk in South Carolina, est. and Nomad in Sydney, before opening his own restaurant, Mercado in Sydney, which he still holds shares in.

Keen to set up another restaurant of his own, but be outside of the increasingly cluttered Sydney market, Nathan decided to move to Adelaide, his wife Sali’s hometown.

“For us coming here, it wasn’t ‘Adelaide’s an easy place to do,’ it was more about, there’s amazing produce here, it’s a cool, small city,” Nathan says.

“There’s so much happening in Adelaide at the moment. That was a big catalyst for deciding to come here.” 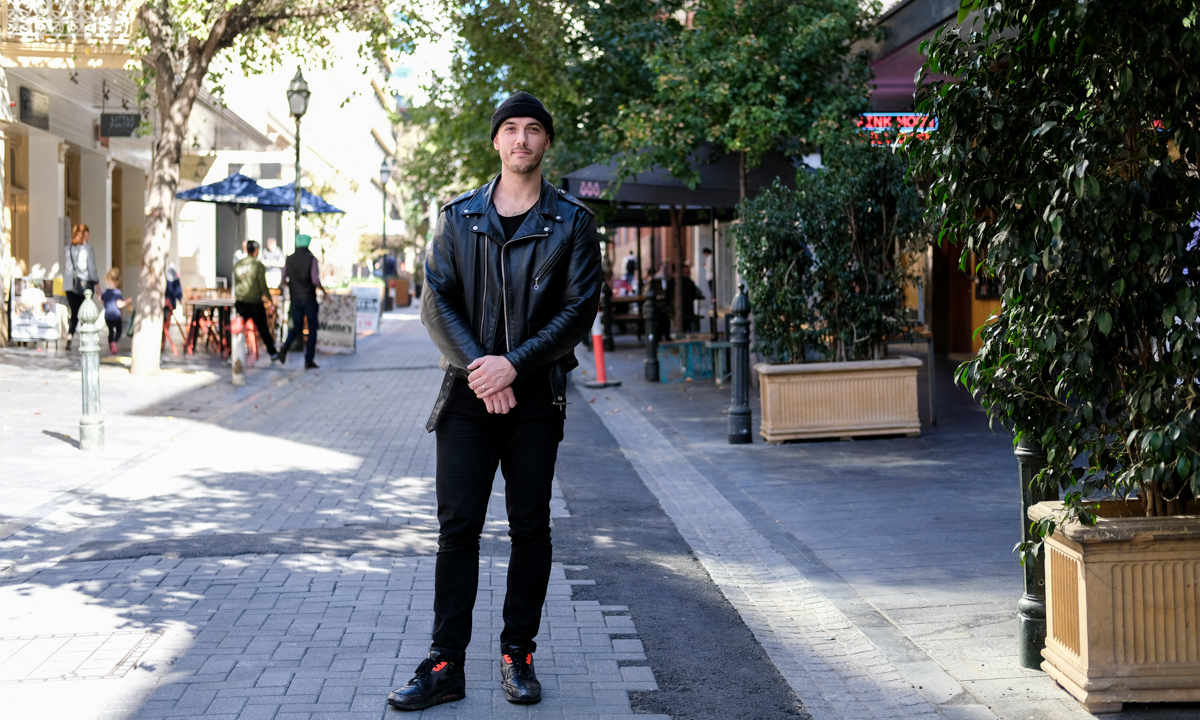 In order to find his feet in the local market, Nathan came on as executive chef of The Big Easy Group – the umbrella company that encompasses NOLA, The Stag Public House, Yiasou George, and Anchovy Bandit – all the while keeping his eyes peeled for a space of his own.

“[It helped] to be able to connect with people, to learn about the suppliers here in Adelaide, how business is done – because hospitality in every city is different,” Nathan says.

“And they’ve been so supportive of me moving on and doing my own thing. Sometimes you might have employers that’ll [see it] as competition for them, but they were like ‘We can’t wait ‘til you open, it’s going to be a great thing. We’re going to be there on the first day.’”

Nathan has recruited a sommelier for the project, and is working with local artisans for tableware and accessories (plates will come courtesy of Jordan Gower of Aburi Ceramics).

Leigh Street Wine Room is scheduled to open in late July. Stay tuned to CityMag for updates on the project as it develops.