The coffee shop – whose owners were skeptical it would last when they opened – is thriving four years later. 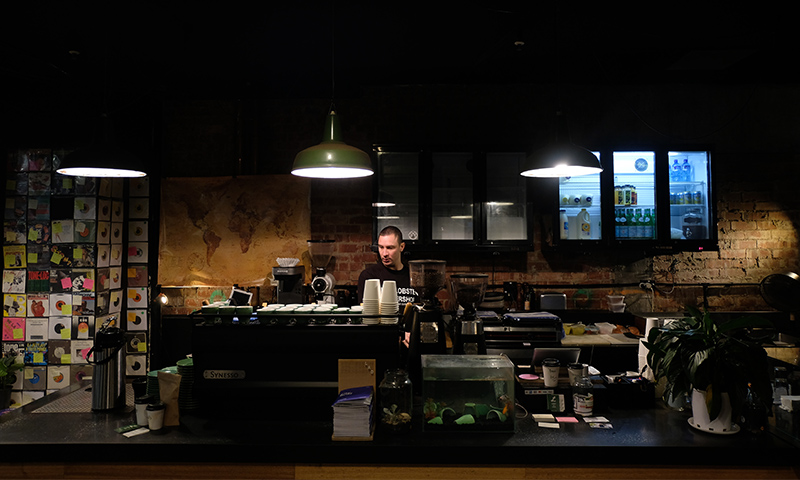 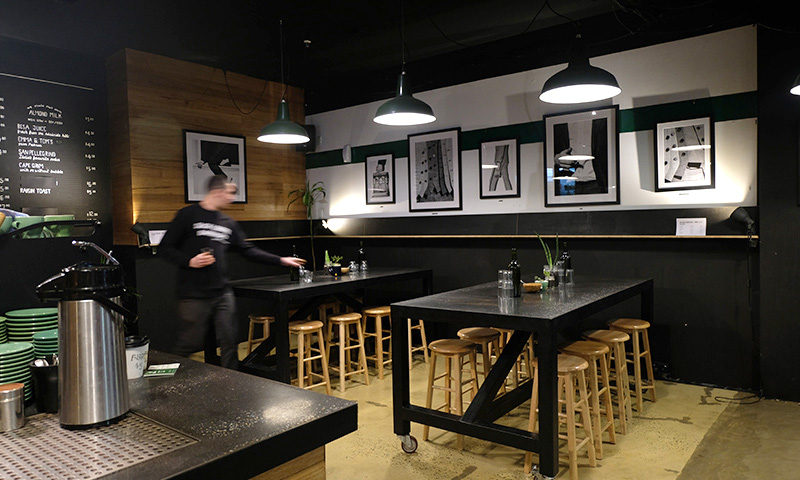 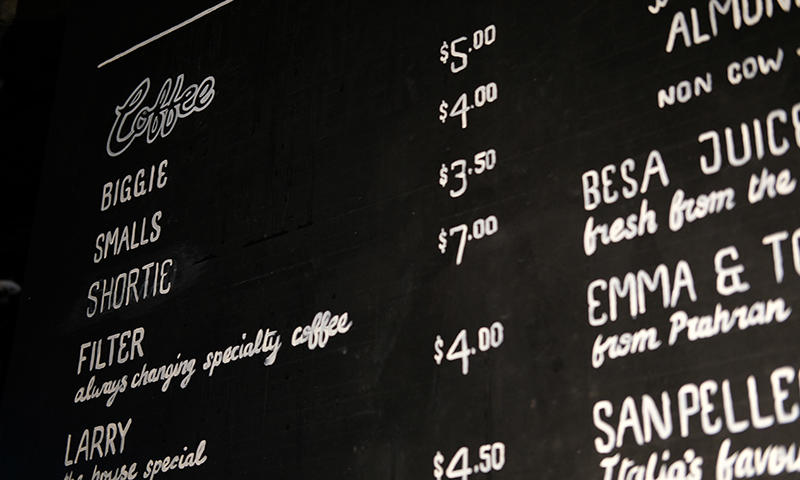 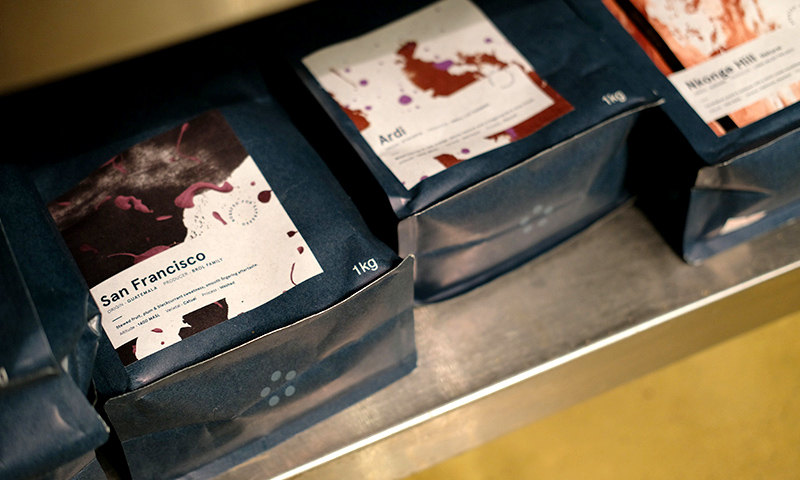 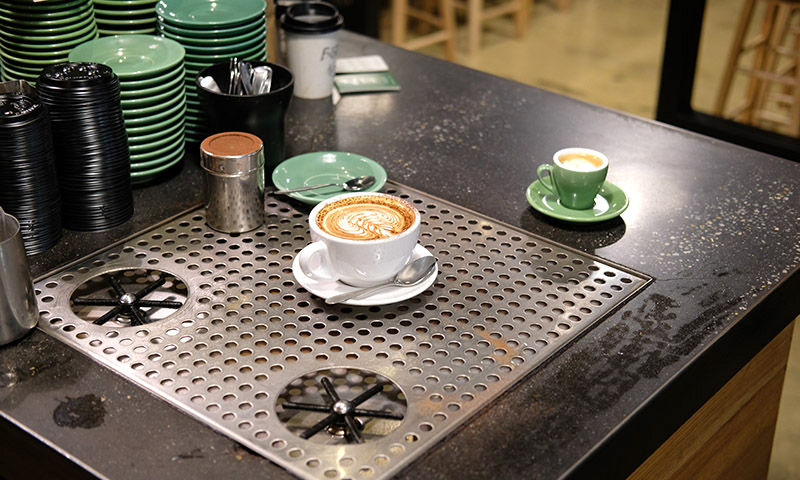 Larry & Ladd was every bit an experiment when it opened in 2014.

The specialty coffee shop was a response to an opportunity presented to then co-owner of Coffee Branch, Josh Baker by his landlord – Ginos Group. Standing next to Josh at the Synesso when he got the offer was Jeremy Downey.

“Josh just turned to me and said, ‘this is the opportunity – you in?'” says Jeremy.

The pair had been talking about going into business but neither were sure about Regent Arcade as a destination. The shopping precinct was suffering from a bit of an identity crisis at that stage and vacancies were high. 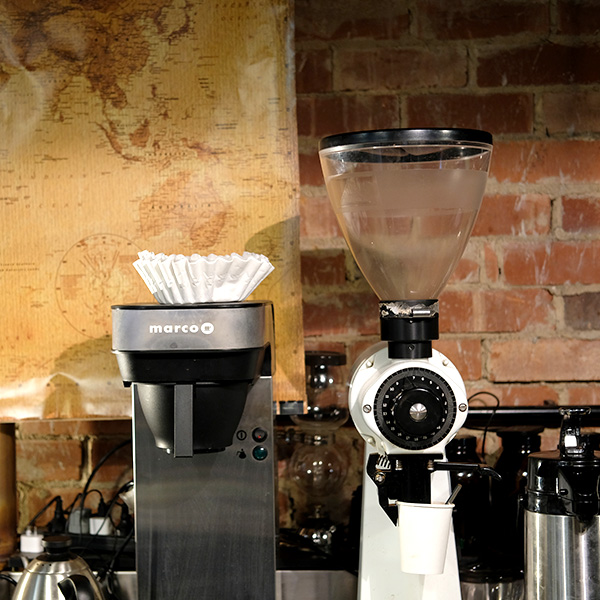 “We didn’t know if it was going to work,” Jeremy confesses. “We built the shop with everything on wheels. Rolling everything out again was always an option.”

But work it did, and when Larry & Ladd opened in August 2014 it was a week before the landmark Renew Adelaide activation took place in Regent Arcade, filling almost every vacancy with new and interesting retailers.

Many of those original Renew Adelaide retailers converted to commercial leases and still trade today. Jeremy is particularly thankful for Juice Lovers, the bricks-and-mortar cousin to the bike-food-cart, Veggie Velo.

“Juice Lovers are cool, we share so much,” says Jeremy. “We share seating and customers and there’s cross-over all the time with people getting food from them or us and drinks and vice-versa – it works!”

Chris Pouras bought into the business about two years ago during a personal metamorphosis, quitting his career as a stockbroker and diving into hospitality via Coffee Branch, before being trained up and eventually taking over Josh’s half of Larry & Ladd.

“Chris is great. He was brand new to hospitality and so we’ve been able to give him good habits and he just picked everything up quickly and soundly,” says Jeremy.

The story of Larry and Ladd over these past four years is very much the story of growth – personal growth and the growth of a community.

Early morning coffee go-getters have confessed to Jeremy they don’t just come for the caffeine hit but to “Shazam” the music he’s playing in order to listen to it when they get to work.

Originally brought in to anchor a new era for the heritage-listed Regent Arcade, Larry and Ladd has certainly played the role of a cornerstone tenant. But beyond their four walls, and well past Regent Arcade’s permitter, the impact of Larry and Ladd can be felt in the constellation of customers who really just use coffee as an excuse to connect with one another. 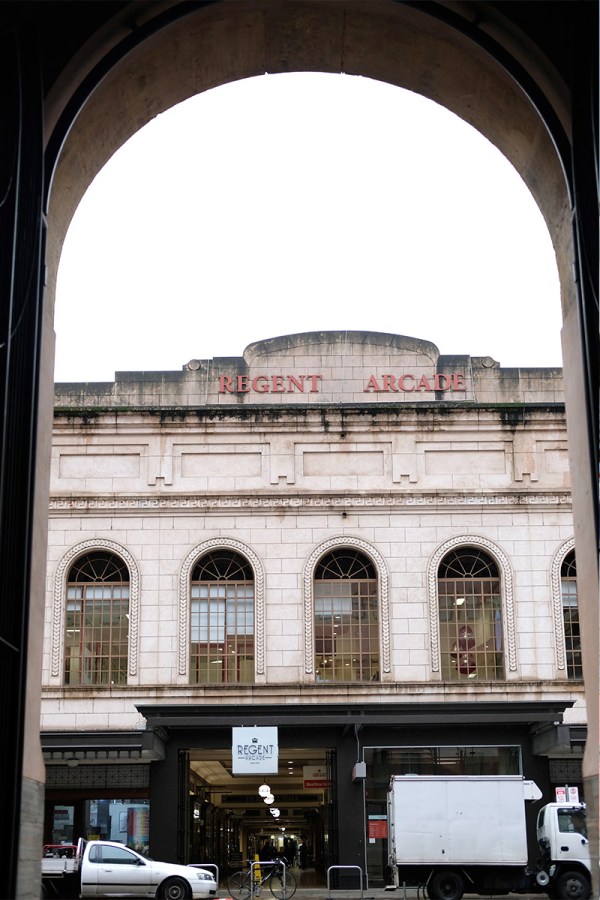 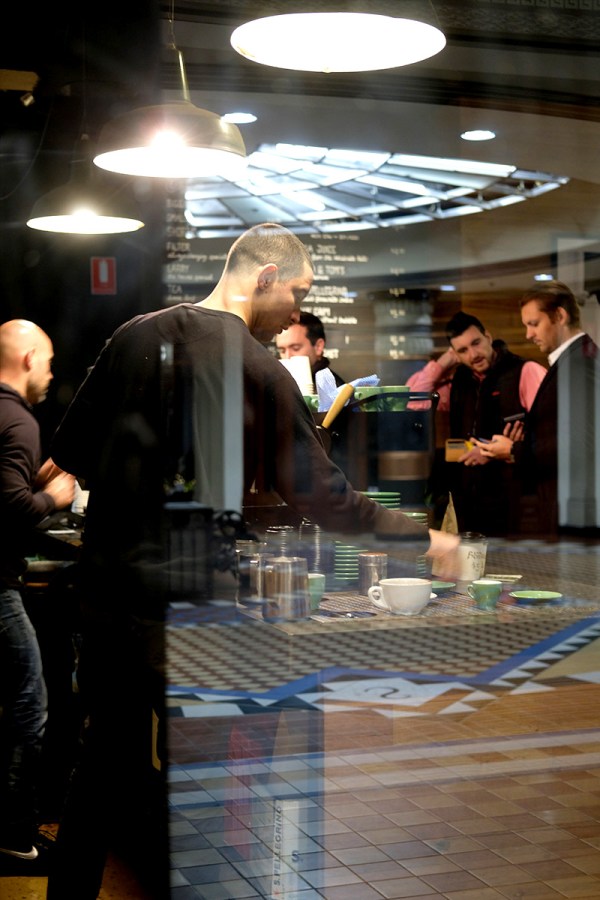 Jeremy Downey plating up hot coffee inside Larry and Ladd