Uncorking a wine that has been four years in the making is a very special thing.

In 2012, Adam and Brooke Lampit’s winery, Lambrook, had three products in their range; a sauvignon blanc, a shiraz, and a sparkling pinot noir.

While inspecting the fruit for that year’s vintage, they saw incredible potential.

“This was one of those years where the wine just looked amazing,” Adam says.

“We took it back to the winery, where we made it into wine, and then we thought ‘Well, this is definitely good enough to do.’”

With such an attractive looking harvest, he and Brooke decided to make another sparkling wine, but this time, instead of the Charmat method they’d used to create Spark, their first sparkling pinot, they would employ the traditional method – a four-year process of in-bottle fermentation.

“That’s how they traditionally make Champagne, so the development of the wine in the bottle, in comparison to the sparkling, is a lot more complex,” Brooke says.

While their confidence in the wine was high, a four-year fermentation process gives plenty of time for error, and with the majority of the investment made at the beginning of the project, it was a nervous waiting game.

“We used to look at it every six months, just to see how it’s doing… but there’s no guarantee that after four years there’s going to be a fantastic wine, and you’ve already spent all that money.”

Where in the Charmat method, fermentation is created when yeast is placed into a large tank with an entire batch of wine and filtered out before the wine is bottled; the traditional method introduces the yeast after the wine has been bottled. This means each individual bottle needs to be treated as a miniature tank, and in order for the product to be consistent throughout the entire batch, whatever stirring occurs in one bottle needs to be replicated across the whole range.

To ensure the yeast in the bottle is doing its job, the bottles are periodically turned by 90° until finally it comes time to disgorge and see what has been created.

“When you disgorge the wine, it’s normally got a beer top on it [and] what we do is we turn the bottle upside down, and then we snap freeze the… yeast cells in the neck and we open it, and that fires out of the bottle,” Adam explains.

The bottle is then topped up, corked, dressed and sent to bottle shops for you to purchase and take to your next milestone birthday or wedding anniversary.

Before that happens though, there is the very first pour for the winemakers.

Adam and Brooke felt as much nervousness as they did excitement, but that quickly gave way to relief.

“The initial pour of the beautiful, elegant, fine bead – like it’s just so fine – it reminds you of pouring an expensive Champagne,” Brooke says.

“I don’t think we realised how good it was until we finished the process,” Adam says.

“It’s just by far the best wine we’ve ever made. It’s just a really nice wine.

“It’s that beautiful fresh strawberries and cherries, crunchy green apple, yeah, and that yeast characteristic, which is that nuttier profile. Like I say, it’s layered, and when you’re making these type of wines, from start to finish you’re seeing different things.”

And for the best wine they’d ever made, the highest honour was bestowed – it was named after their daughter Emerson and placed on the shelf next to their premium shiraz, Amelia, named after Emerson’s real-life sister. 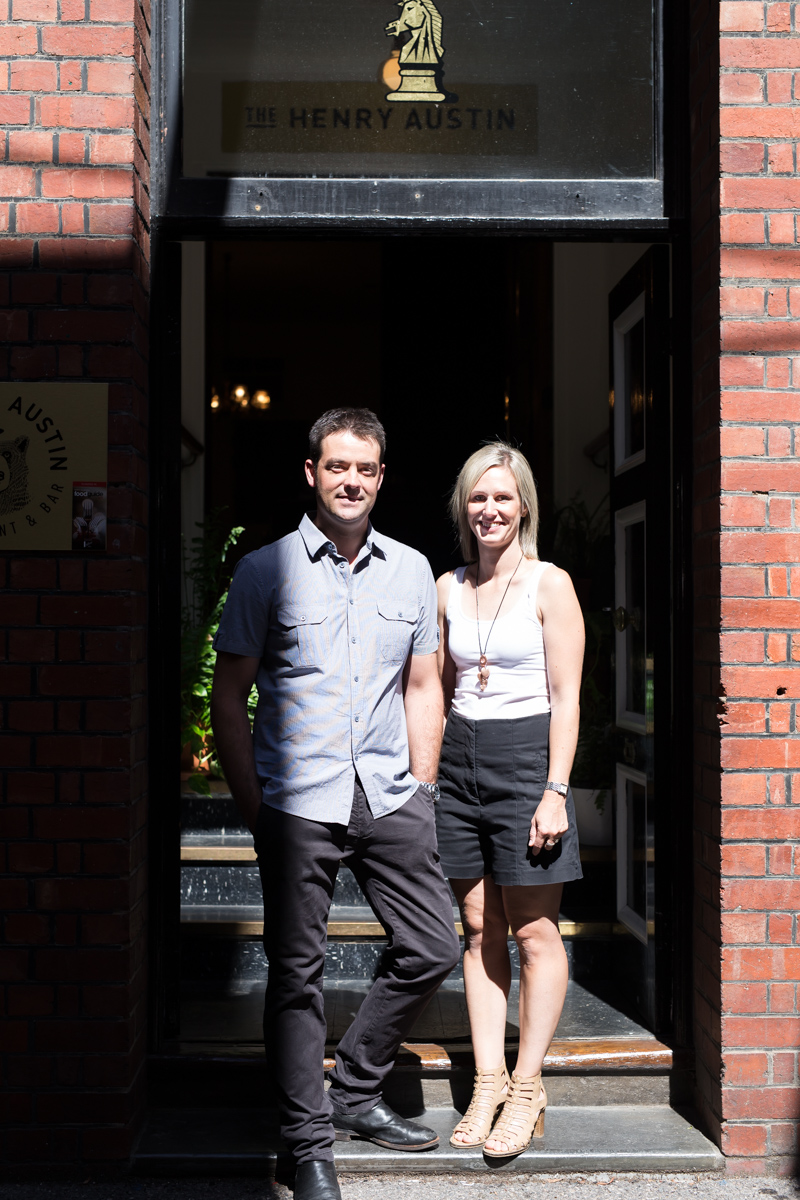