Kris Lloyd AM wants to send you some cheese

In addition to her Queens Birthday honour, the distinguished cheesemaker this month launched the Clever Little Cheese Club – a quarterly delivery of the best and smelliest seasonal cheeses.

It was a tough start to the year for cheesemaker Kris Lloyd, who lost a mass of her cheese stock in the summer bushfires.

The hurt was compounded further with the closure of the hospitality industry due to COVID-19, hampering sales amongst a steady and supportive band of regular clients.

It would be enough to break anyone’s spirit, but, testament to her recent nod in the list of Queen’s Birthday honourees, Kris soldiered on.

“We could have stopped producing cheese and waited for the current circumstance to blow over, but we wanted to keep our dairy farmers in business, people employed and our loyal customers happy so we made the decision to keep making cheese,” she says.

“We continued to take milk from our dairy farmers, making our food service items – Persian Feta, Goat Curd and Brie wheels, which we continued to sell with a reduced margin to keep them moving, but there was still leftover milk.

“We wanted a cheese that could soak up the excess milk, mature over a few months, something full of flavour and character and lastly a cheese we could if need be hang on to for many months, given at that time we saw no real end point.”

The lemons and lemonade cliché is a poor fit, but as Kris started planning what this new cheese could become, “the old saying occurred to me – there’s no point crying over spilt milk!”

Spilt Milk is a cider-washed cheese made from South Australian goats milk. Kris teamed up with the team at Sparkke, using their vintage straight from the Whitmore’s taps. 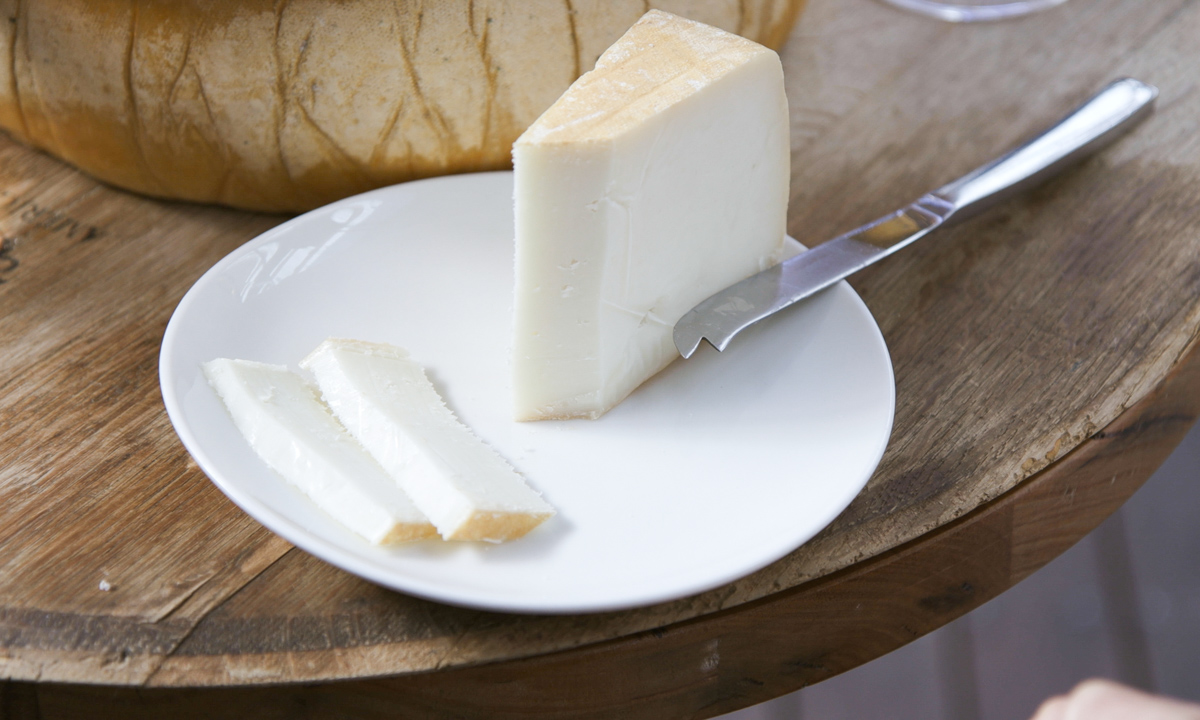 The finished product has developed “caramel notes,” and is now available exclusively to members of Woodside Cheese Wright’s Clever Little Cheese Club, which delivers a quarterly pack of seasonal cheeses to your door.

“We are excited for our Clever Little Cheese Club members to try this new cheese with a big heart,” Kris says.

“It is a reminder that something special can be created when your back is against the wall.”

Find out more about Spilt Milk and join the Clever Little Cheese Club via Kris’ website.