Over the summer break, while South Australia was banding together to support fire-affected communities and wondering what all the fuss was about this coronavirus we kept hearing about, Jason Barber was hard at work reinventing his Adelaide Railway Station tenancy.

Jason founded Peel Street café Mornings Coffee in 2018, before going on to launch a second brand, Mornings Konbini, in September 2019.

The second shopfront came into being through a Renewal SA program to reinvigorate the Railway Station’s hospitality offering ahead of The Guardsman’s opening, and five businesses were offered six months of free rent to test their ideas.

The Mornings Konbini concept was a takeaway coffee shop blended with a Japanese-style convenience store, with pre-made lunch and snack items designed for grab-and-go.

Throughout the first few months of trade on the Railway Station ramp, the strip’s true nature became apparent.

“It’s really daunting standing on the ramp when there’s lots of people coming [through],” Jason says.

He had geared up the tiny shopfront for fast-paced trade – installing a three-group coffee machine – but quickly found that most of the 10,000 people funnelling past his shop were more concerned with getting to work than stopping for a coffee.

Come December 2019, with the city set to become quiet over summer (and then, by virtue of COVID-19, reallyquiet), he reinvented the concept.

Working with design firm Divide Design Co., Jason streamlined the name to ‘Konbini’, created a new colour palette (Millennial pink, yellow and raw timber), and opened up half of his tenancy to allow people to come in off the ramp.

“They’ll get to work and come for smoko or breakfast or lunch, as opposed to just counting on them grabbing coffee on the way past.” 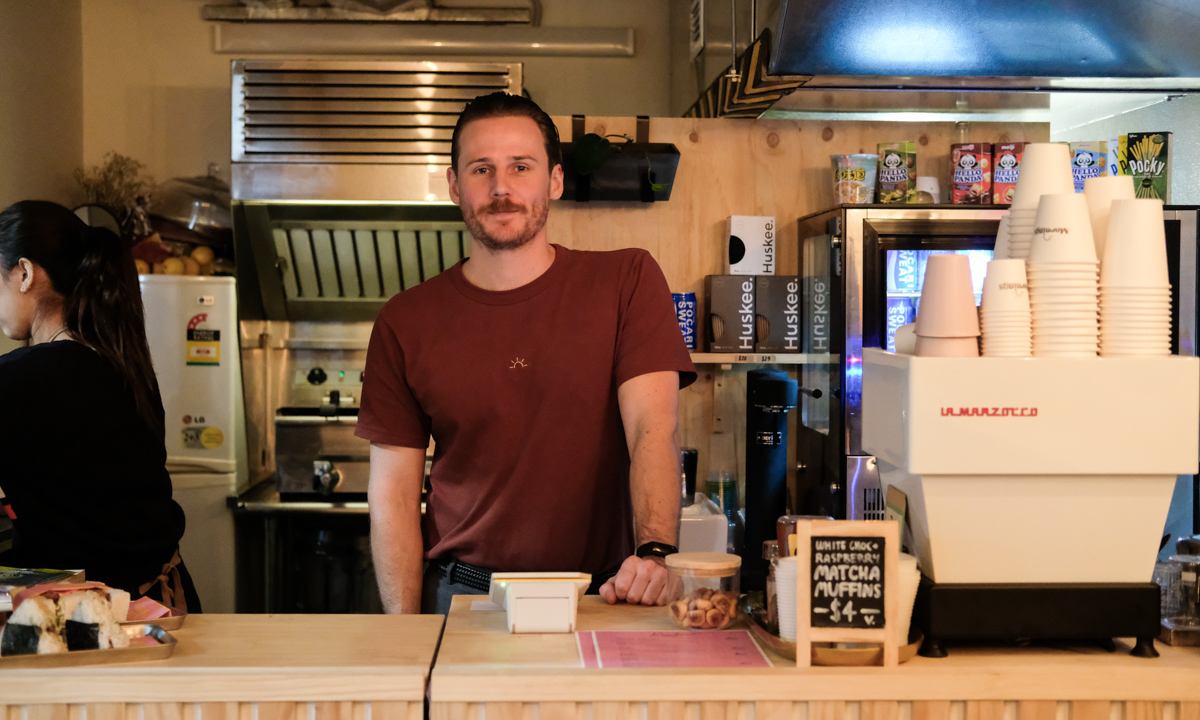 The food concept has also been reworked, with Konbini still offering Mornings coffee and some smaller snack items, but now with the majority of its menu made to order.

“With the addition of the deep-fryer, we can start doing fresh karaage, onigiri, and everything we make in-house as well,” Jason says.

“We’ve made korokke, so potato croquettes, and the muffins we make every morning. So everything’s fresh and in-house.”

Jason’s experience travelling through Japan for work is still a major influence on the menu, with eggplant, mushroom and tonkatsu sandos available. There is a soba noodle salad with honey soy dressing, Golden Curry rice, and a slow-cooked Japanese curry, and the house-made onigiri is made in front of your eyes and delivered to your mouth for just $5. 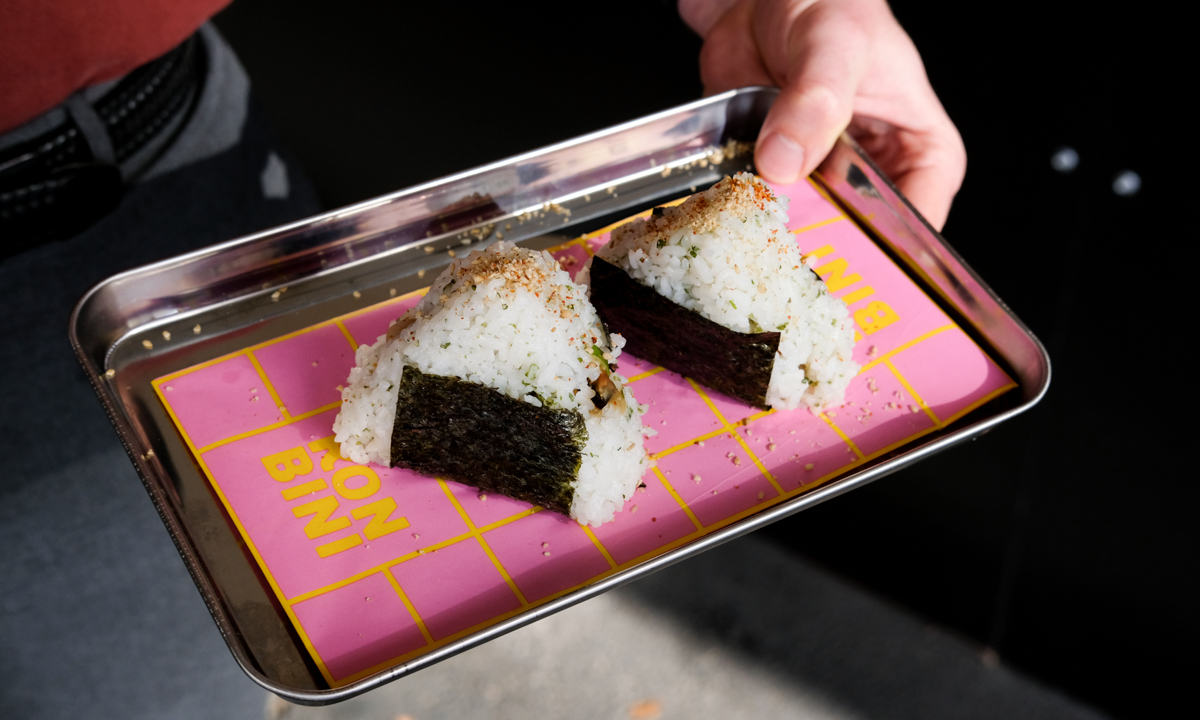 Your order of miso eggplant and smoked salmon onigiri

COVID-19 physical distancing requirements are still hampering Konbini’s ability to fully trade – the shop can comfortably hold about two people at a time within the guidelines – but Jason says the reworked concept is still performing better now than in its first iteration.

“Even with all the circumstances at the moment, trade’s been better than before,” he says.

“With fewer people walking past, it’s a bit more inviting in here, and Japanese food’s taking off everywhere.

Looking out into the indeterminate future, if there ever comes a time when people can again safely mingle together in confined spaces, Jason hopes to expand further on the concept to be a “Golden Gai-style bar.”

“Lots of food, a bit of booze. It’s a pretty nice environment,” he says.

He also sees potential for the concept to expand to other locations, with at least one already on his wishlist.

“There’s one spot I really want to look at, with the development of the Central Markets and Chinatown there. I think it would fit in pretty well,” he says.

“The end idea was to make it as recognisable as anything like McDonald’s or KFC, and have it as a Japanese version where you’ve got these great convenience items that have been popular around the world, and something that is just instantly recognisable.”

For the time being, Konbini is located on the Adelaide Railway Station ramp and opens from 7am ‘til 3pm (or sold out) Friday through Saturday. As restrictions on the hospitality industry ease, Konbini will extend its trading hours.