Just One Thing… at Munooshi

What to eat at the little Adelaide café that - with two new locations on the horizon - is coming to a street near you soon.

We had just finished our meals when two men walked into the second floor dining area, eyes wide – observant to all aspects of the space.

“I’ve only walked past this place a thousand times,” said one man, in awe of the restaurant he’d just entered.

We felt the same the first time we ate at Munooshi.

Situated under the left-hand column of the historic arch on East Terrace, Munooshi Café is easy to miss. But for the many who have stepped inside, it’s hard to forget. And you wouldn’t want to, either.

The Middle Eastern food they make and serve on premises is wholesome, homely, delicious, filling, and cheap — that’s a lot of ticked boxes.

And, of course, there’s one thing we suggest you should be sure not to miss – it’s the eponymous Munooshi, and our pick is the Zatar Labni version. It’s a hot, fluffy, doughy flat bread filled with Mediterranean vegetables and a generous serving of not-too-tart-but-just-tart-enough yoghurt. The Lamb Mince Munooshi deserves an honourable mention too. 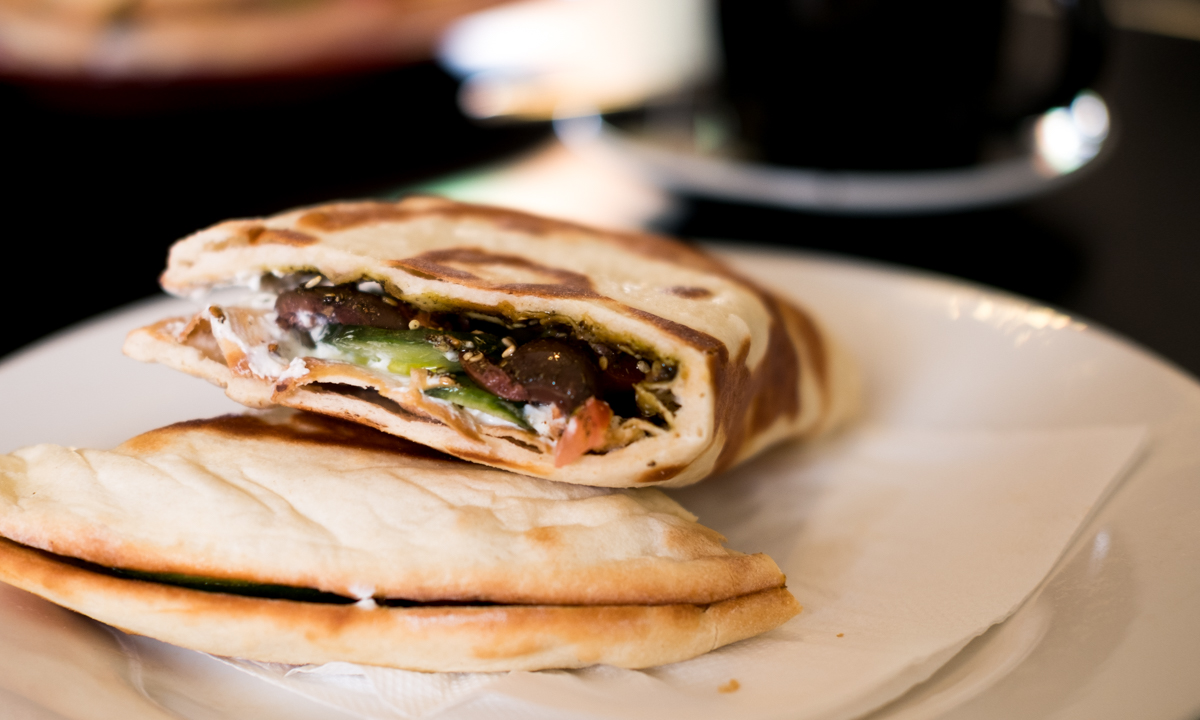 Munooshi is a basic Arabic flat bread, traditionally served hot with a drizzle of oil and zatar, which is kind of like a dukkah. What owners, Caled Osman and his wife and business partner, Dee, have done with their munooshi, though, is take something traditional and add their own flair.

“The typical zatar or cheese munooshis are what’s common in the Middle East,” says Caled. “You get them from any vendor on the side of the road – from carts with a cup of tea. It’s a beautiful experience. It’s akin to vegemite on toast and a cup of coffee.”

But to fill the bread with fillings such as yoghurt, olives, cucumber and tomato – like in the Zatar Labni Munooshi – is not traditional at all.

“We decided to fill this wonderful hot bread with all of these goodies I used to have growing up, and instead of wrapping it cylindrically like you would a traditional Arabic wrap, we decided to fold the 10 inch round bread in half, like a calzone if you will,” says Caled.

Caled stresses that the actual munooshi recipe he and his wife make and sell in the café can not be credited to them though. It was developed well before they were old enough to cook. 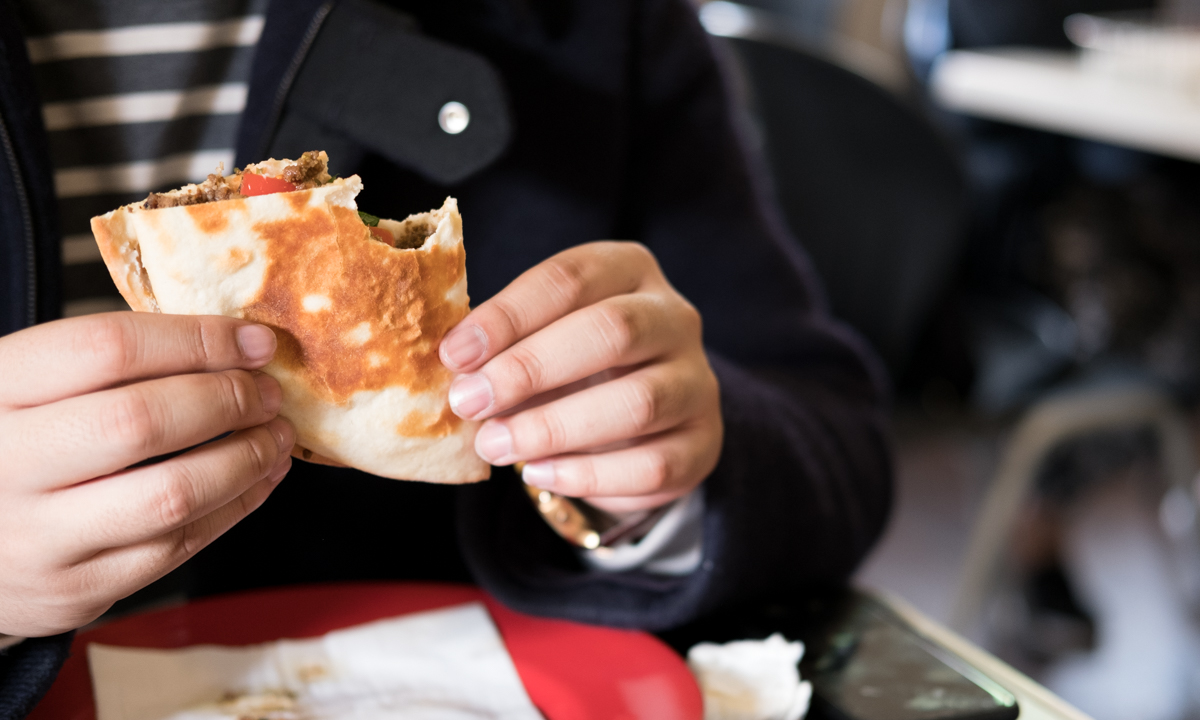 “Growing up as a young child, I would go to school or the playground with these Arabic wraps in my hand, and I would have lots of friends wanting to swap me lunch. I knew as a youngster I was onto a good thing,” says Caled.

His mother’s recipe is a strong influence on his own, but it was a trip back to Caled’s home town in Lebanon in 2009 that took his munooshi to the next level.

“A little man in a village in North Lebanon in Akkar, I remember him as a kid – as a 5-year-old when we fled the civil war of ’75,” says Caled.

“I told him what we wanted to do, and he thought I was crazy. He said to me, ‘have you studied?’ I said ‘yeah yeah, that’s all well and good, but my wife has a desire and a passion to open a café, and I’d love for you to help us.’

“He said ‘if you’re interested, come back here at 5.30am,’ and so for the next three days, my wife and I would go there. He’d stoke up a fire and do it all the old fashioned way and tell us how to make the dough. He gave us the basis of a wonderful recipe.”

Upon returning to Australia, they opened up on East Terrace in January 2010, but the recipe has continued to evolve.

“I had this wonderful old man walk in off the street five or six years ago,” says Caled. “He was a Tip Top baker for 30 years, and I was telling him I was having some trouble keeping the yeast in the dough on hot days – it would extract. And he said to me ‘I’m about to reveal something to you, young man.’ He gave me this little tip, and I tell you, it turned everything around for us.”

Fast forward to now, and they’re set to open their first flagship location in Sydney (in Belmore St, Ranwick) within the fortnight, and are putting the wheels in motion to open two new cafés in Adelaide – one of which is very likely to be in the West End, near the new RAH and (happily) the CityMag office.

It’s amazing how far a little munooshi can go.