Just Down The Road from the Whistle & Flute crew

What started out as a banh mi store in the minds of Just Down The Road's founders has morphed – over its 12-month construction phase – into an excellent and diverse and delicious sandwich and coffee shop on Greenhill Road. 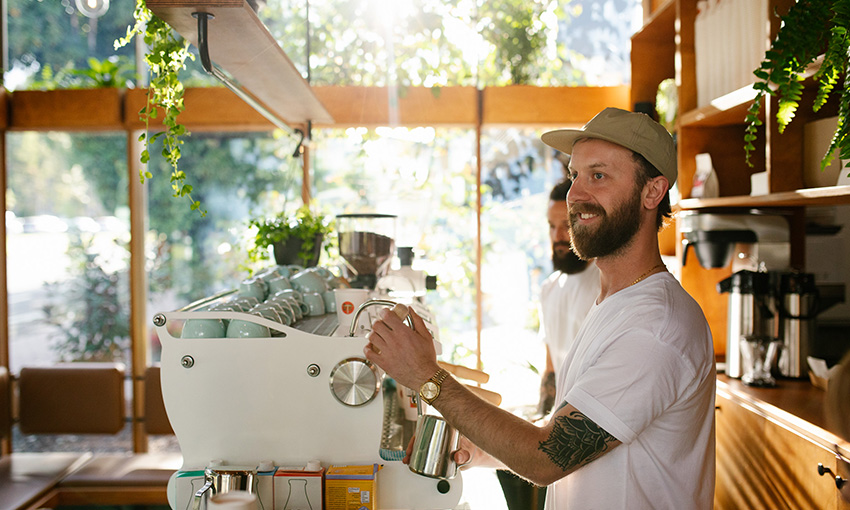 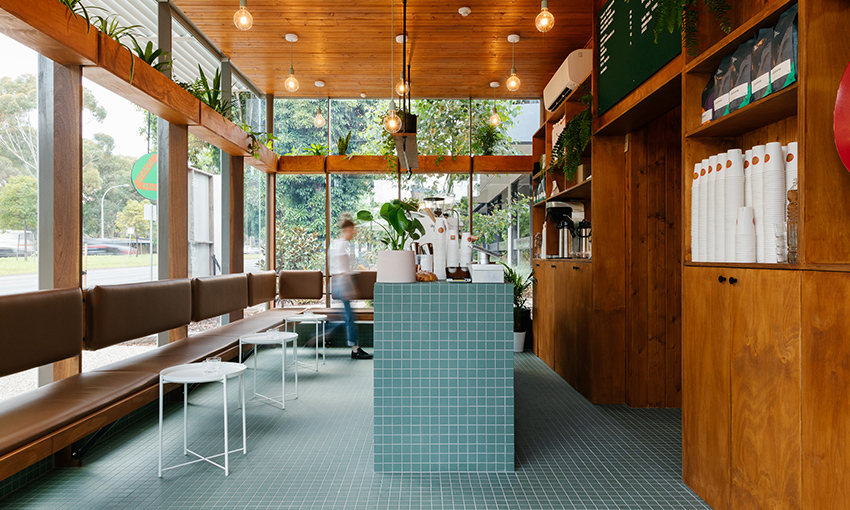 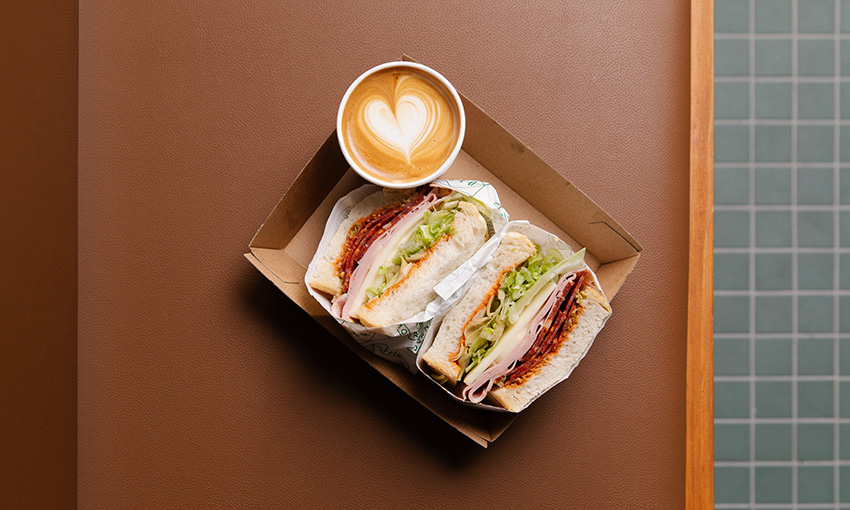 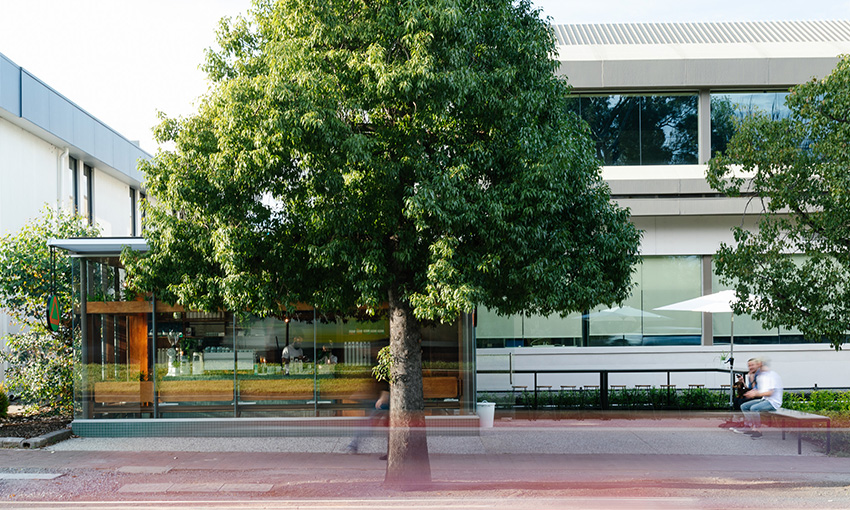 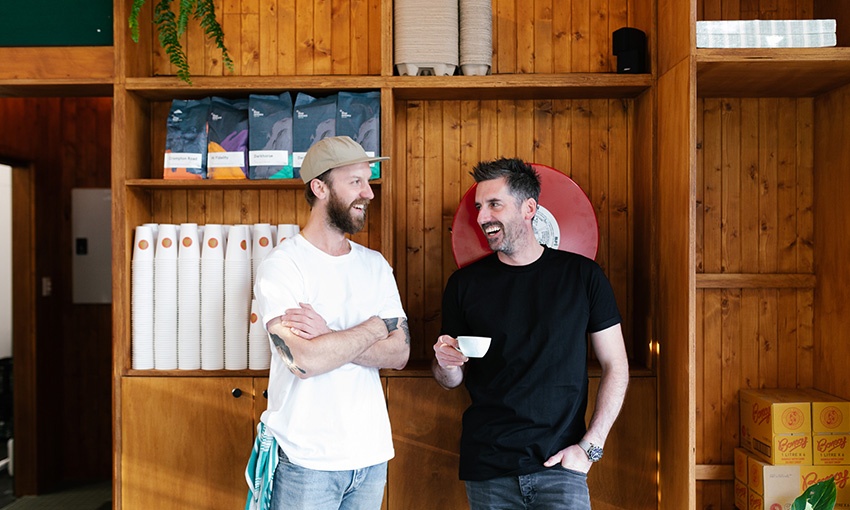 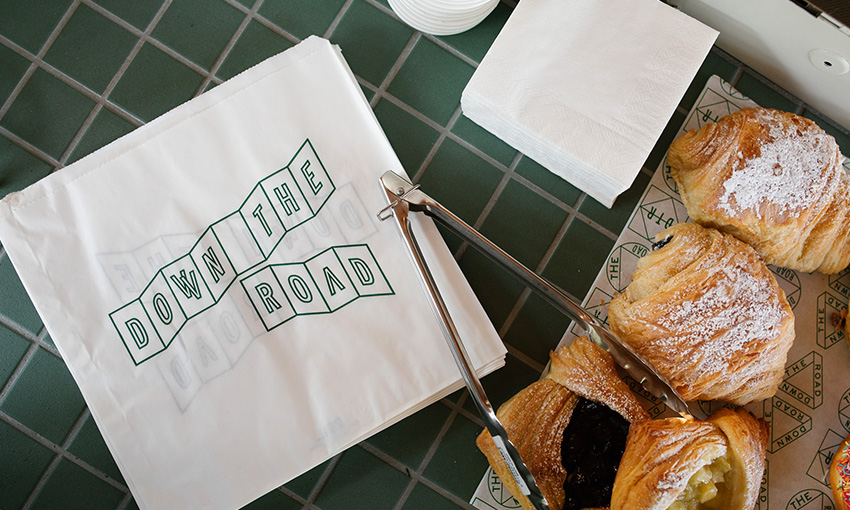 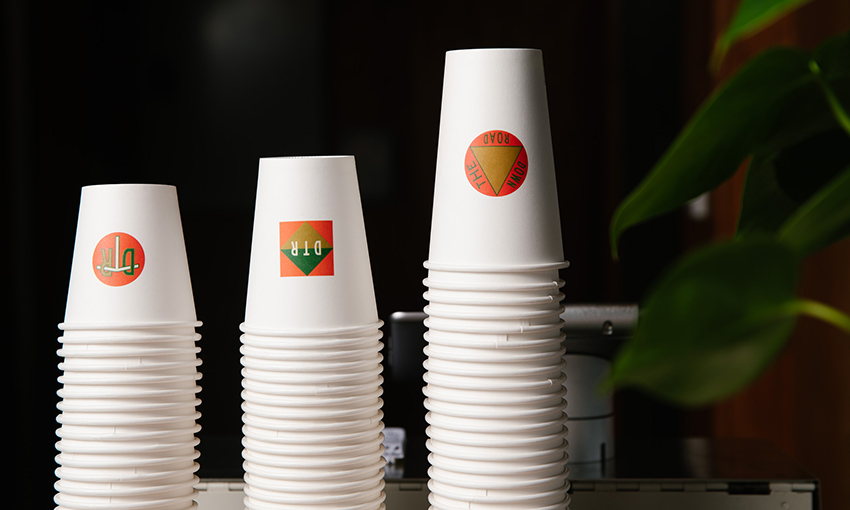 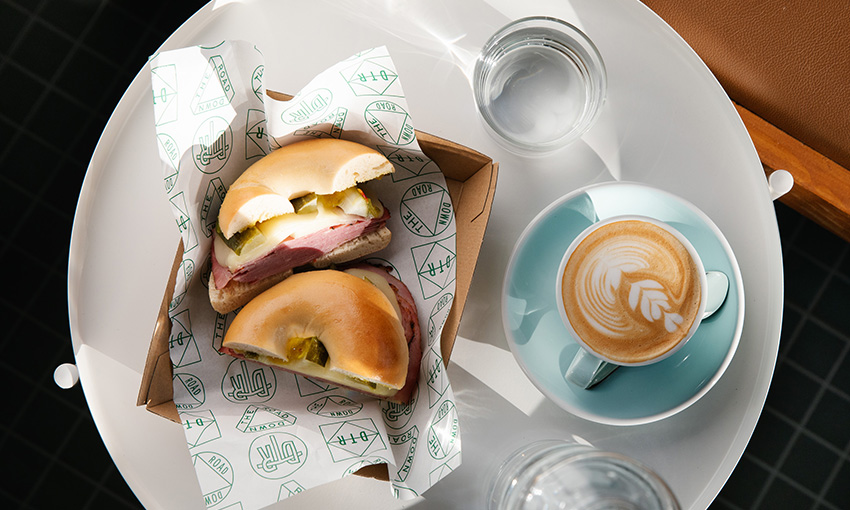 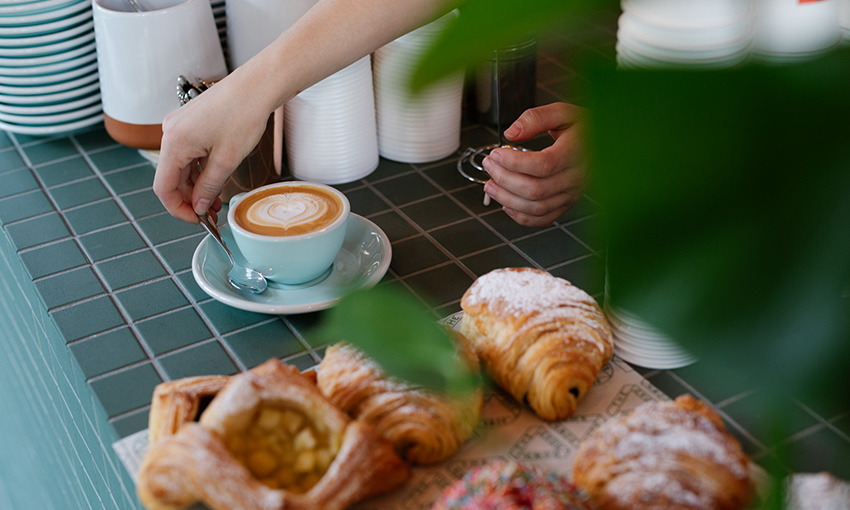 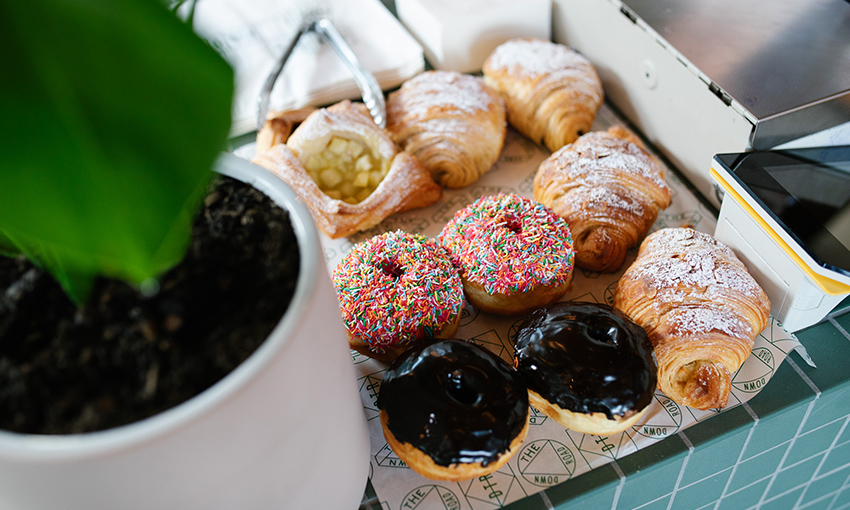 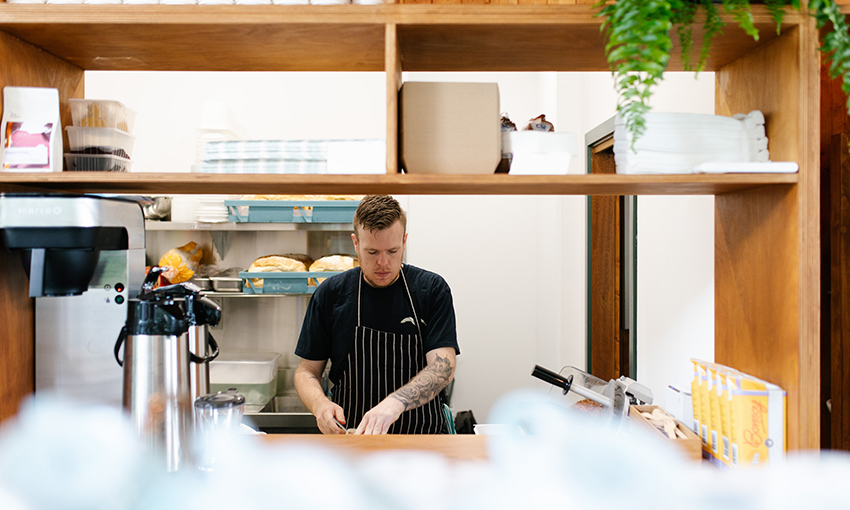 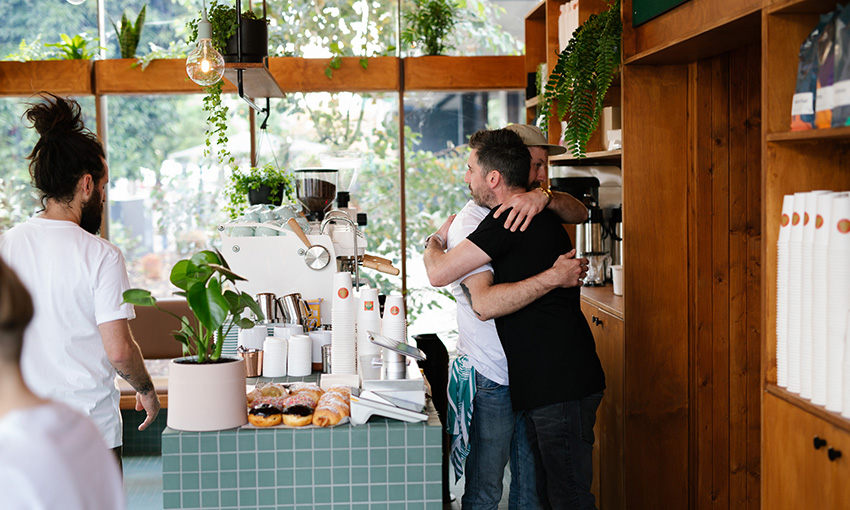 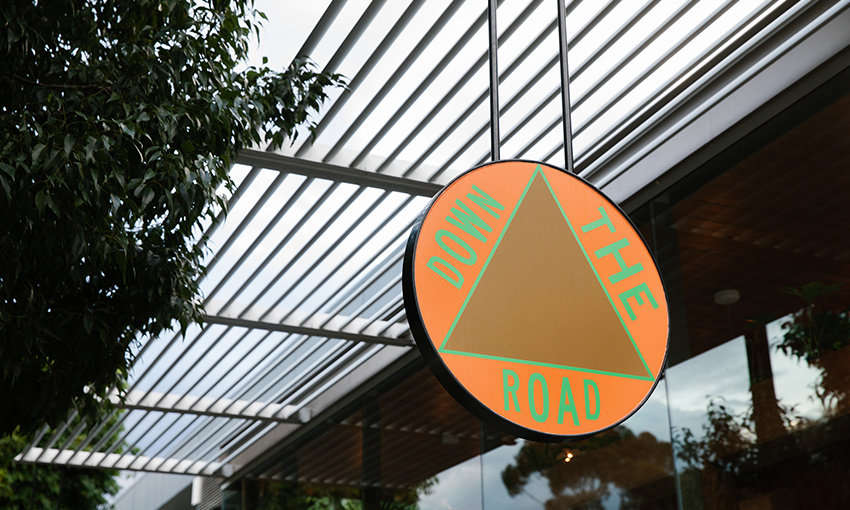 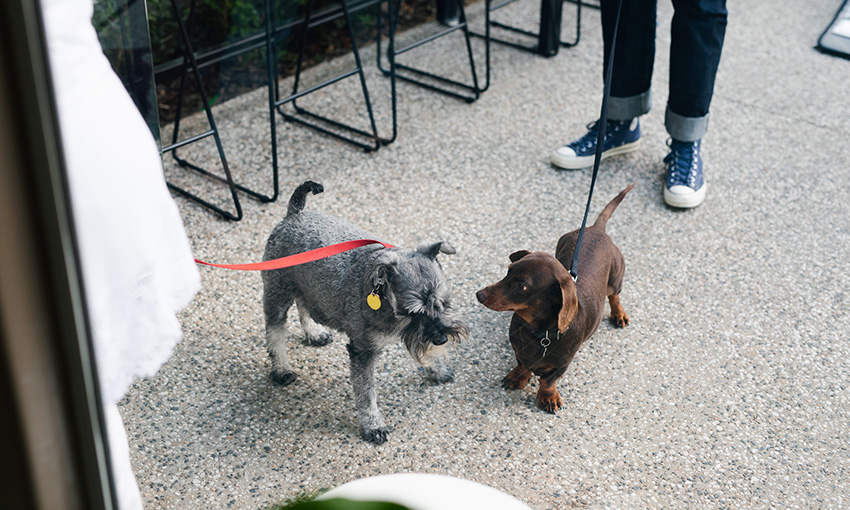 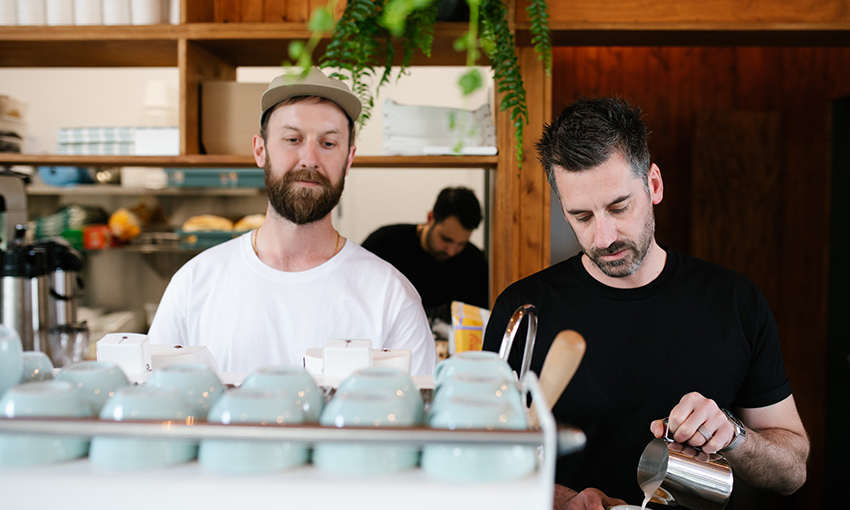 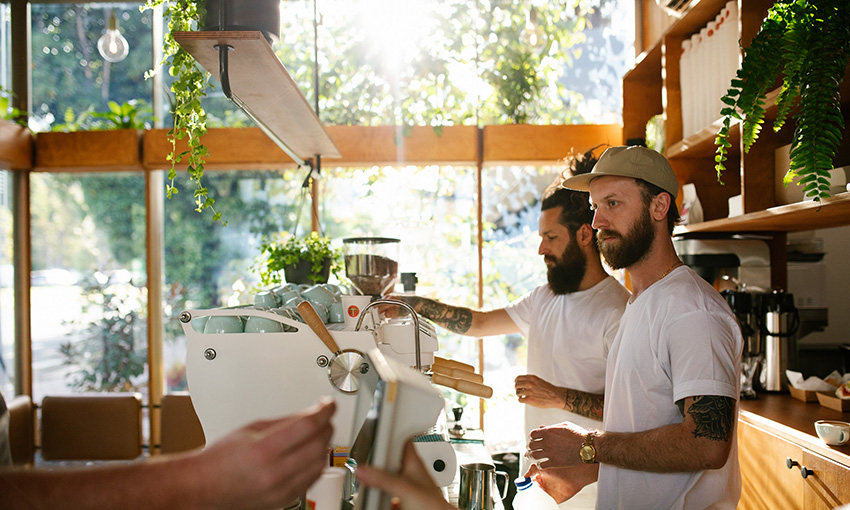 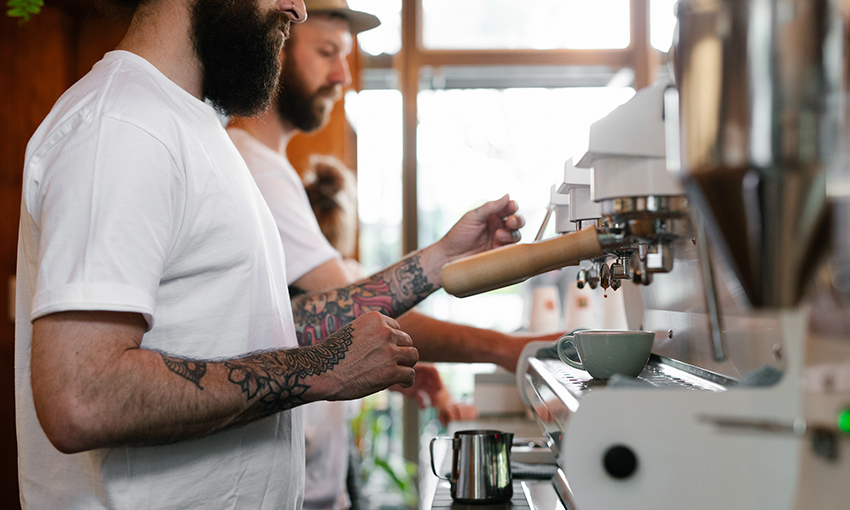 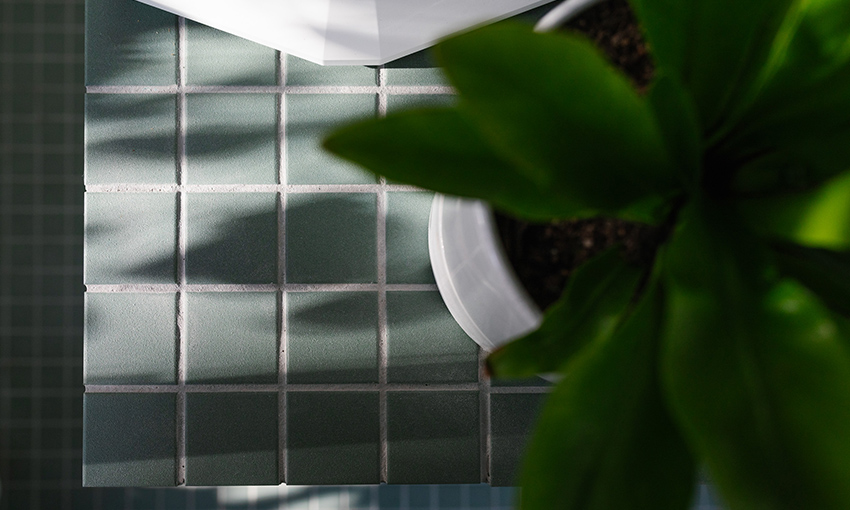 “It wasn’t until after Dave [Lawson] from Crafty had given us the branding that we went to register the website and discovered the business name, the URL, had already been taken,” laughs co-owner of Just Down The Road Josh Baker.

Just Down The Road

When CityMag arrives on the Friday before opening day on Monday, the finishing touches of the fit out at 127 Greenhill Road are being made. The shop signs are being glued into metal brackets, metal and timber shavings are being swept up off the floor and – most importantly – chef Stewart Wesson is in the kitchen preparing Just Down The Road’s menu for the co-owners and staff to sample ahead of launch.

The shop is a mere 150 meters from Whistle and Flute and is founded by Josh Baker, Stewart Wesson and Jacob Baker.

“We knew this property was going to be on the market, so I said to the Whistle crew and to Stewart that it’s better if we’re our own competition,” says Josh.

“It’s a unique space and, really, it’s the perfect project to involve Jacob in and get him into what we do.”

More than mere nepotism, Jacob’s investment in Just Down The Road comes off the back of more than five years in coffee, starting out with Sam Carey at Paddy’s Lantern before moving onto Coffee Branch, Tell Henry and most recently, Whistle and Flute.

“I think there’s going to be some healthy competition between us and Whistle,” says Jacob with a broad smile. 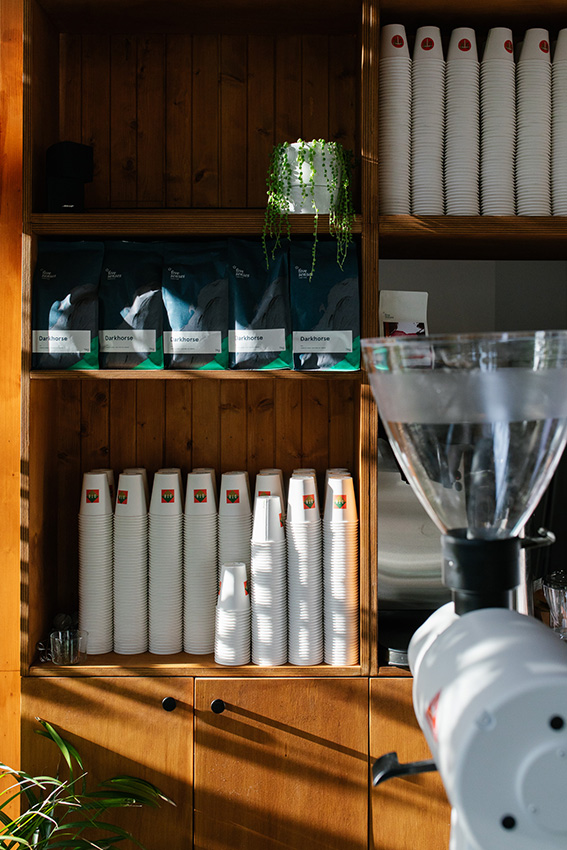 Sun streams in from the east, making Just Down The Road the perfect greenhouse 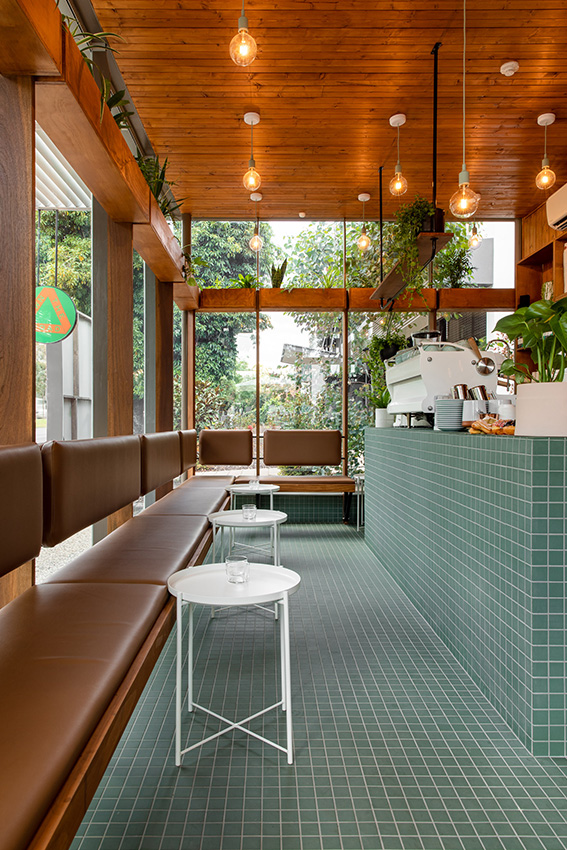 The interior of the Sans-Arc-designed space is light-filled, timber-clad and anchored by a custom-powder-coated-white Synesso machine supplied by Five Senses Specialty Coffee. It’s a serious espresso set up but Jacob’s also looking forward to playing around and perfecting the filter brew options at Just Down the Road.

It’s a unique space, kind of like a high-end bus shelter that juts out from the front of the building on Greenhill Road.

Floor-to-ceiling glass could make the space feel like a fish bowl, however, some clever architecture has offset the exposed feeling with a low bench that faces customers inward around the coffee machine and staff. On opening morning it’s all working perfectly with people sitting, sipping coffee and chatting to the owners and among themselves.

Primarily focused on takeaway trade, Just Down The Road – as a concept – arose out of the increasing strain takeaway orders were putting on the Whistle and Flute business. But there’s every opportunity JDTR will become a destination in and of itself. Where Whistle has dogs, this place will have cleats.

“We hadn’t thought about it but since we’ve been on site preparing to open we’ve just noticed the streams of cyclists going past and then – looking at the lawn and our patio – we can really see this shop becoming a bit of a cult stop off for bike riders at every level,” says Jacob. 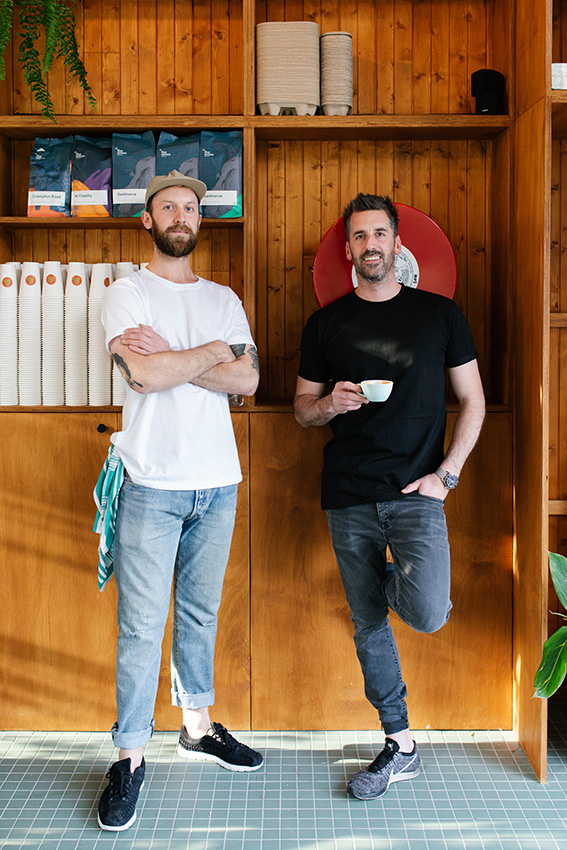 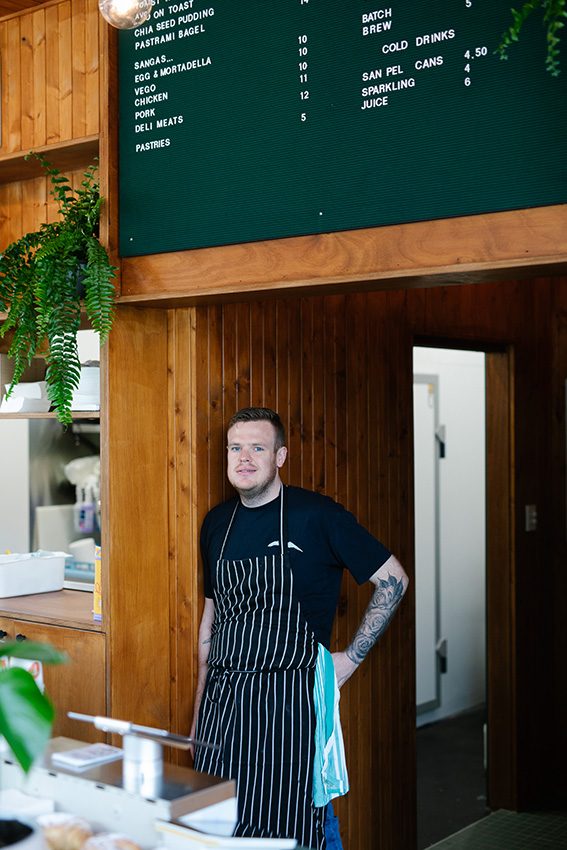 Above: Chef Stewart Wesson in his third venue

Originally cast as an Anglo take on a banh mi shop, chef Steward Wesson pivoted away from the concept after discovering a simple white loaf, “like a bap roll,” from the Village Baker.

“I brought it in for the crew to try and we sliced it up and put butter on it, and ate it, and I sliced off some more and we put other things on it and I reckon we polished off the entire loaf between the three of us,” says Stewart.

The sandwiches are loaded up with fillings, the theme from Whistle and Flute coming through in the flavours. Slow-cooked meats and some asian flavours are a nod to the banh mi origins but a feisty Italian deli meat sandwich with olive salad, artichoke and romesco sauce is the real show stealer.

“The idea for this shop started so casually,” says Josh about Just Down The Road’s origin. “It really came out of that double-cut-roll tradition in South Australia and wanting to dedicate a shop to the humble sambo. While the actual build has almost killed me, it’s also been really casual from every other angle.”

On launch day, Josh  – for whom JDTR equals project number eight – is sitting in the corner of the new shop and thinking about the ways in which he can collaborate here with others from the stable.

“Pink Moon on the patio,” is one idea Josh chucks at Jacob and Stewart who look up from the coffee machine and kitchen respectively and nod fervently.

“We could do a bunch of little events like that, ‘takeovers’ by beer companies – whatever – this place is going to be a lot of fun.”

With summer knocking on the door too, we’re sure Adelaide will be keen to have fun with them.

Sign up to CityMag to receive more good news about coffee, food and booze. Simply select the ‘CityMag‘ box on the form you find at the link.