Chef Jessi Singh has opened venues in Melbourne, Sydney, New York and California, and now Adelaide has its own version of his ‘unauthentic’ Indian cuisine.

Daughter In Law on Rundle Street is the latest in a string of hospitality venues opened by Jessi Singh, stretching across Sydney, Melbourne, New York and Santa Barbara.

The chef has built his brand on what he calls “unauthentic” Indian food, presented in a dining environment that sits in the sparsely populated realm between suburban takeaway and fine-dining versions of the cuisine.

“A lot of people are confused, they’re like, ‘Is this an Indian restaurant?’ They get shocked,” Jessi says.

“People would come into my restaurant: ‘Oh, we’re looking for an Indian restaurant’ – even when they’re in my restaurant, because it doesn’t fit the way they’re used to.”

Jessi describes his food as “unauthentic” because, in his view, “there is no such thing as authentic Indian food.”

“India’s always been a poor country. Ninety per cent of the population live below poverty, so we didn’t have recipes… Everything is passed on through the generations in the kitchen verbally,” he explains.

The use of colour throughout the room, meenakari-laden cups and photographs of characters meant to represent members of an Indian family are all markers of respect for Jessi’s heritage, but the restaurant is just as much about challenging tradition.

To illustrate this, Jessi tells the contrasting stories of his mother and the women of his own generation.

“My mum was trained by her mum, because she knew one day she is going to go to my dad’s house and cook for him.

“The day she goes to my dad’s house… mostly it’s the mother-in-law who’s in charge of everything.

“But [the] daughter-in-law, in the current moment, she’s strong, she’s independent, she’s educated, she’s telling her mother-in-law she’s breaking barriers, traditions: ‘I value you, I respect you, but it’s the new generation’s time. Let me do it’.” 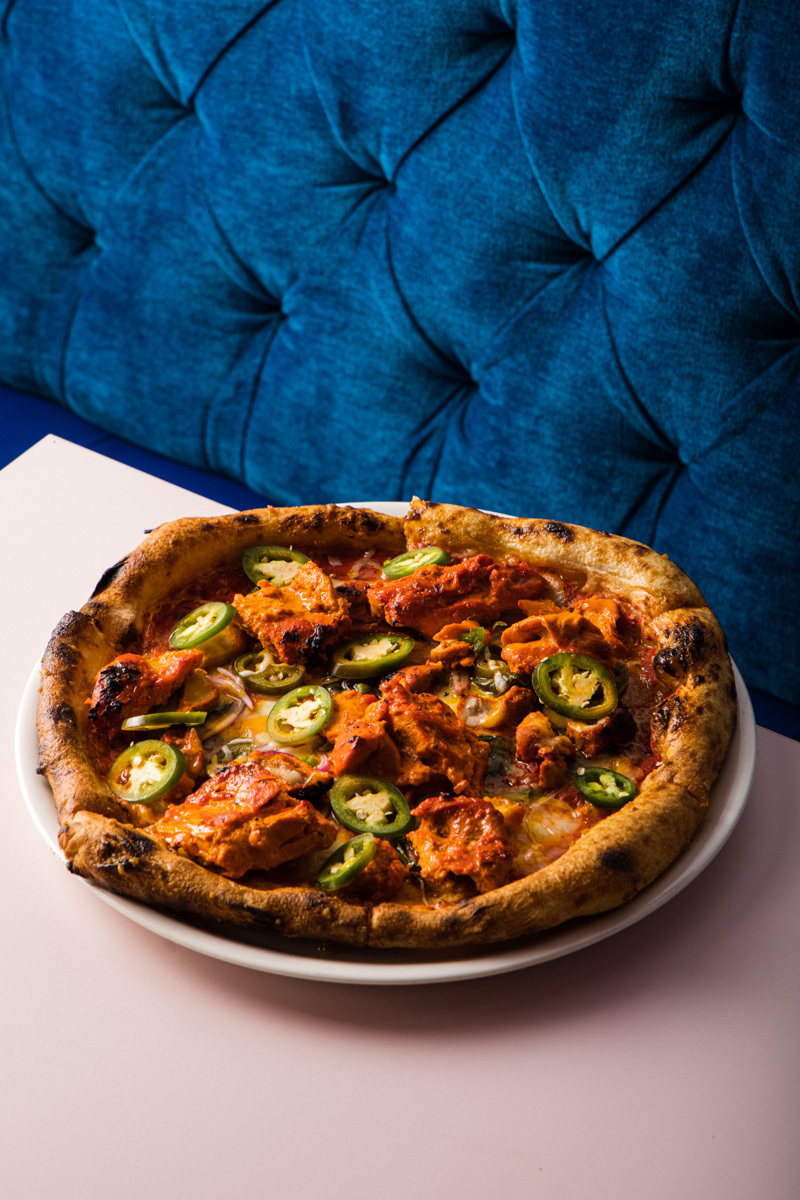 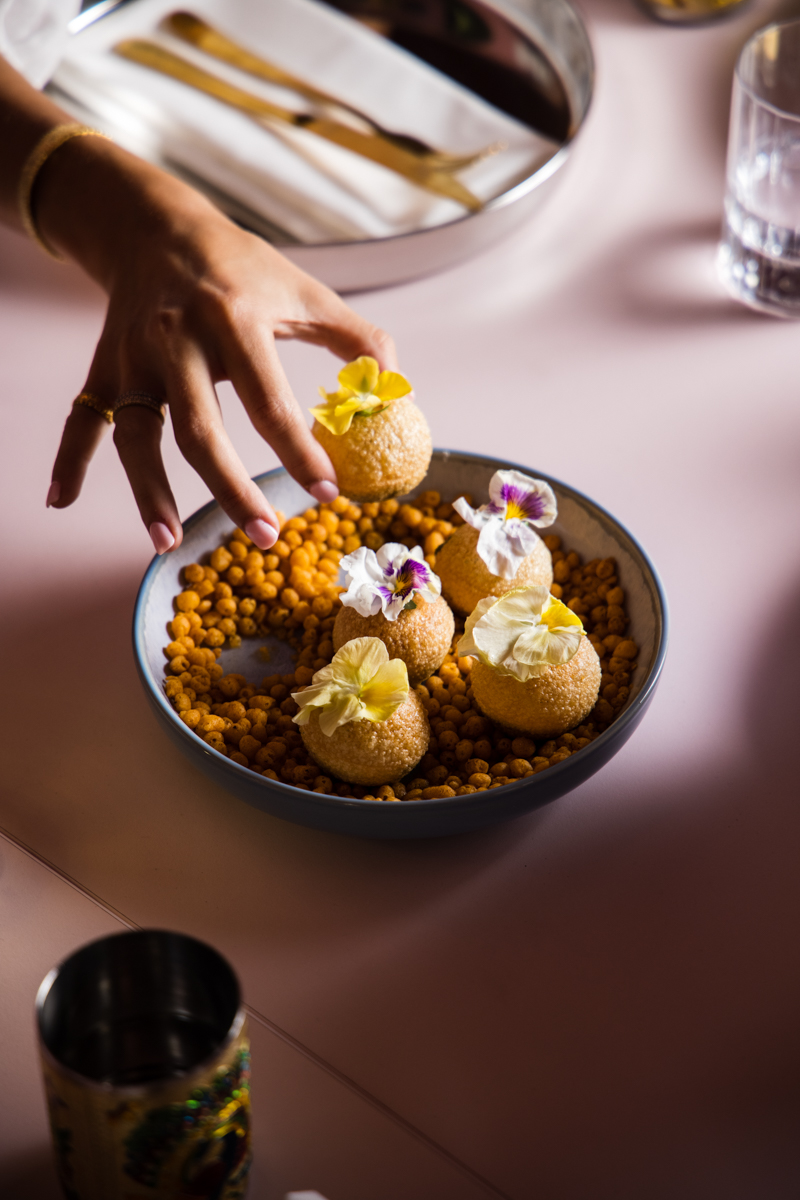 Above and right: Daughter In Law’s Balls of Happiness and naan pizza

There are also contemporary cross-cultural creations, like the Indian-Chinese Colonel Tso’s Cauliflower, the “Aussie lamb chops” with mint chutney and cumin yoghurt, Indian fried chicken, and a range of naan pizzas.

“It’s all my travel journey throughout the world, so it’s global food,” Jessi says.

The current menu is a festival-oriented “Fringe pop-up” offering, and will be refreshed once the Fringe ends.

Jessi also has further plans for the site, with a cocktail bar already in the works in a disused former cigar lounge upstairs. 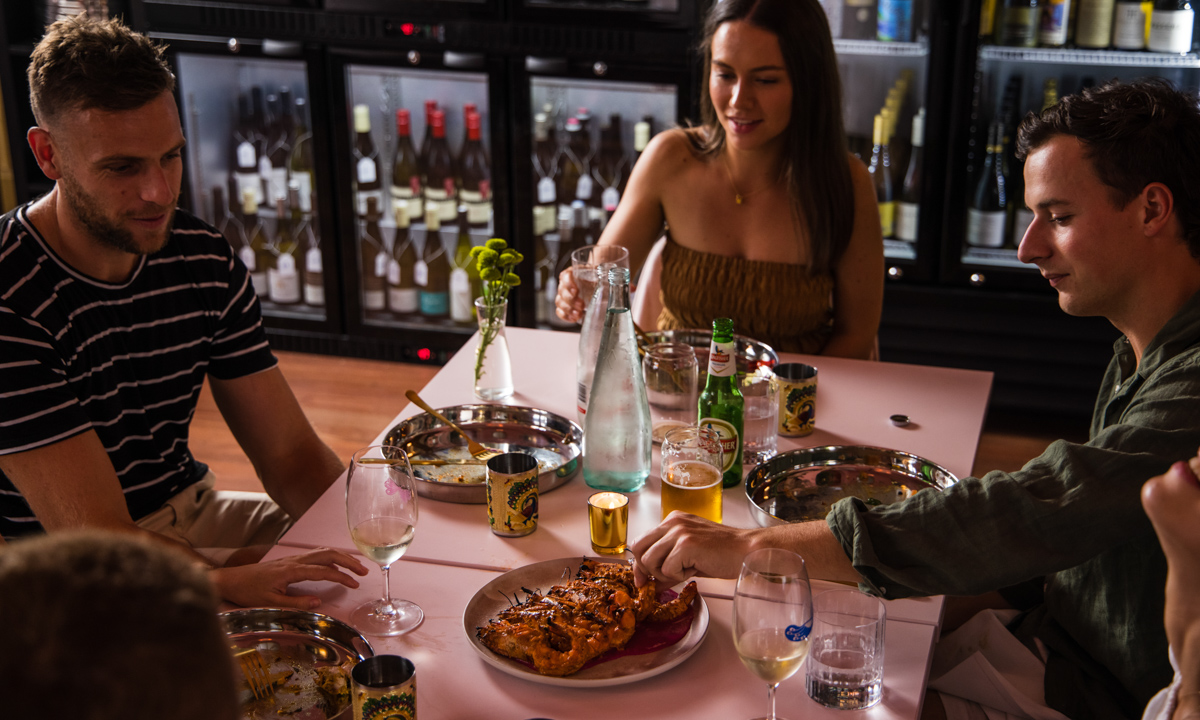 At Daughter In Law, Bhatia has programmed a heavily South Australian wine list.

“We came here, we want to be part of Adelaide,” Jessi says.

“We don’t want to bring Melbourne or Sydney or New York. Everything is the best here, this is why we want to be part of it.

There is also an all-local beer offering, available to guests via a self-serve refrigerator. This flourish is drawn from Australian culture.

“This is a big part of Australian mateship,” Jessi says. “Anytime in Australia, when people invite you to a barbecue at their house, you bring your booze, then you put it in the fridge or put it in the esky outside, then throughout the party you go and help yourself.

“The goal is you are coming in our house, just like you do at your friend’s. We want you to relax.” 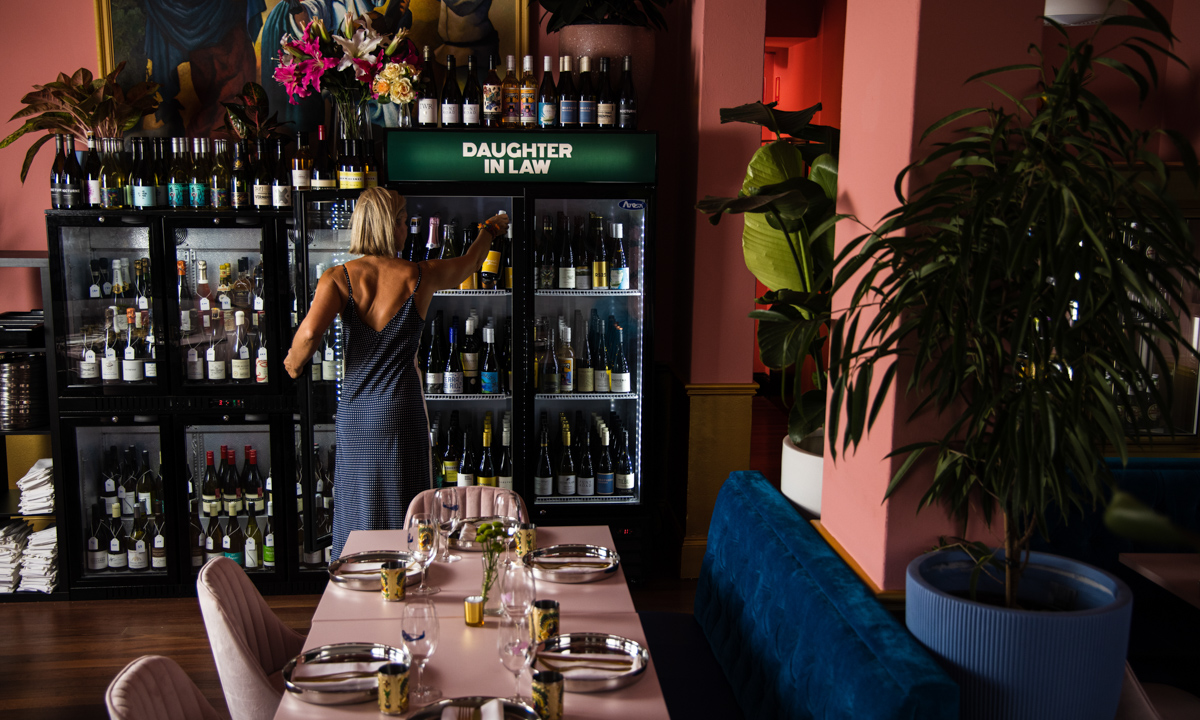 The halo around the New York restaurant quickly dimmed in 2016, though, after two wage-dispute lawsuits resulted in more than $200,000 of settlements.

Jessi and his wife Jennifer, who co-owned the business, did not admit to wrongdoing in the settlement, and Jessi took umbrage with Eater’s coverage of disputes and told Broadsheet Melbourne in 2018 he had learned through the experience to listen more carefully to his staff.

Part of the reason Jessi has set up in Adelaide is to take part in the bustling hospitality scene that has emerged since the dawning of the small venue licence.

“If you look here lately, Adelaide has a lot of chefs coming in and opening some beautiful cuisine, so we want to be part of that culture,” he says.

“We’re not trying to compete; we actually want to be with them because we want to be part of that scene. People have amazing taste here, so why not be [part of it].”

Adelaide has also emerged from 2020 as a hospitality destination able to withstand the wiles of a pandemic, which makes us a safe bet in the eyes of restaurateurs like Jessi. 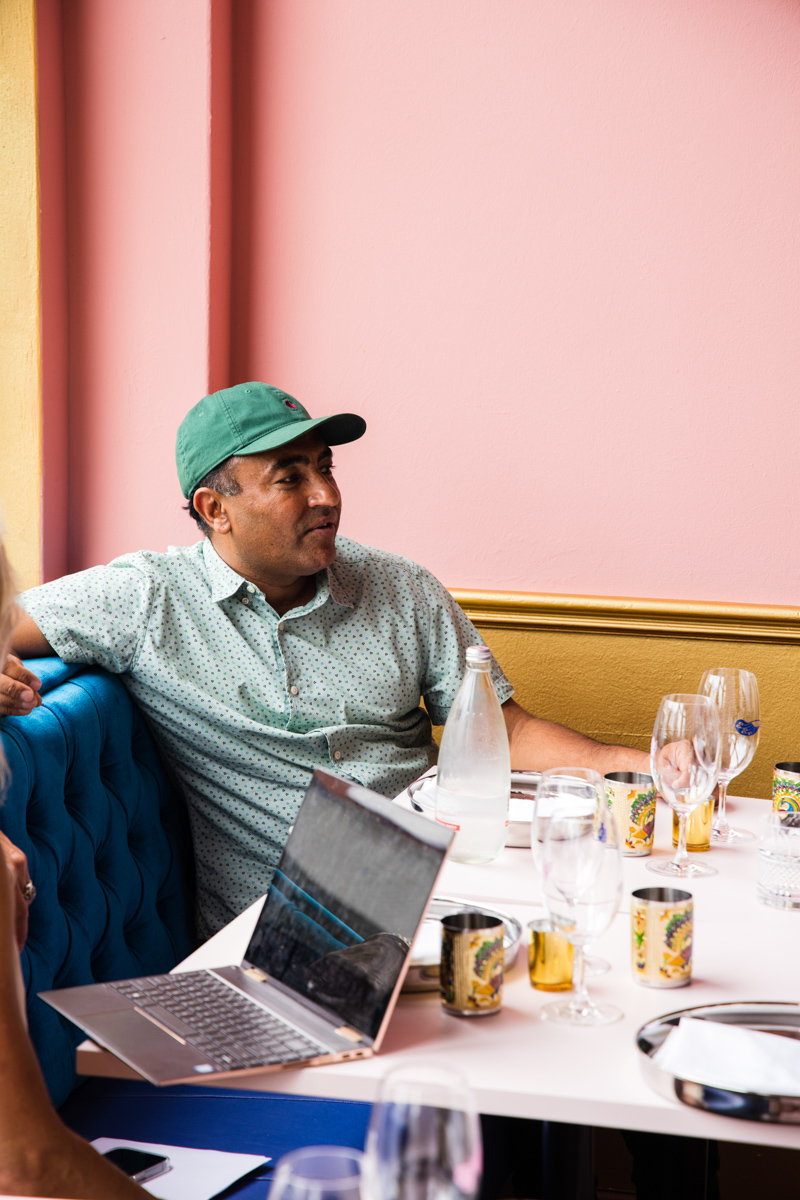 “As you know, Melbourne was in lockdown for nearly nine months,” Jessi says.

“You look at the last lockdown, right before Valentine’s Day, each restaurant had a thousand bookings, pre-paid, confirmed, sold out. Food prep done, and boom – we got locked down.

“The whole planet has gone through a pandemic, Adelaide and Perth would be one of those cities that survived. It happened. So that’s a major factor.

“I’m looking at the Fringe Festival… all of the amazing artists coming here, the comedians, there’s going to be a music scene, and hospitality survives on that.

“A lot of guys like me are going to keep doing this. We’re not going to stop because of a pandemic. Because we never did this for money. If it was for money, we would never have opened a restaurant.

“If these things keep happening, there’s more chance for us to survive here than anywhere else.”

Daughter In Law is located at 290 Rundle Street (the old Taj Tandoor) and is open for dinner Tuesday through Sunday, and lunch Friday through Sunday. Connect with the business on Instagram.