Introducing Tiger Mountain at The Exeter 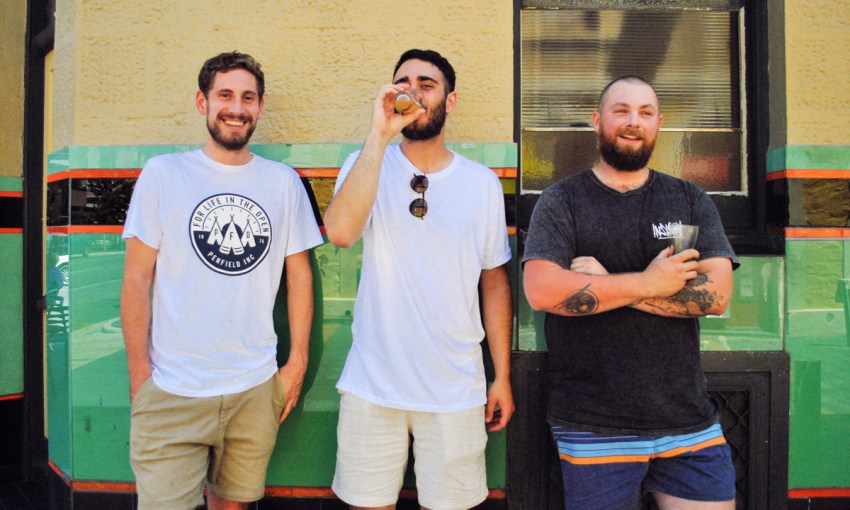 The Exeter is about to receive a (temporary) extension to its east-facing façade.

You can find Tiger Mountain at the corner of Rundle Street and Vaughan Place, each Friday, Saturday and Sunday night, from the 18th of February until the 19th of March. If things go well, you might even spot them on a weeknight.

The extension will take the shape of a pop-up food stall. Mark Kamleh (Skin Contact, Automatic Pleasure, Hummus Where the Heart Is), has gathered two of his favourite chef friends, Angus Love and Jack Winfield, to create Tiger Mountain.

Tiger Mountain will run on weekend nights for the duration of the Adelaide Fringe, and utilise the skills of Angus and Jack who have both spent time in the kitchen at Orana.

“The name has no reference to anything, so we can do whatever we want,” says Mark.

In accordance with that attitude, the theme for the food will change weekly over the five-weekend period during which the pop-up is open.

“After doing Hummus Where the Heart is I found it was a bit restricting because every plate had to have hummus on it. So we wanted to keep it broad this time,” Mark says. “It’s just gotta be good tasty food that you can eat while drinking a beer.”

Besides it being tasty, affordable and enjoyed with beer, the dishes will slot in to the rotating themes of Arabic, Korean, American, South American and Carribean. But the order of themes is unconfirmed.

“It’s in the growing stages at the moment, but we have a framework,” says Angus.

A few things are certain though.

“There will always be a vegetarian dish, and there are going to be a few sneaky fun things that I think Kamleh doesn’t know about, or at least hasn’t approved yet.”

“We’re going to get some really cool pieces of meat, and if they don’t sell then I don’t care because we’ll just eat them at the end of service,” says Angus.

The pop-up will hopefully lead to more opportunities for Tiger Mountain to partner with The Exeter in future.

“The Exeter doesn’t do food on Saturday or Sunday nights, so there’s a possibility to do some ticketed dinners or something afterwards,” Mark says. “It could be a restaurant, it could be a pop-up, it could be one person selling chicken nuggets.”

And let’s face it, none of us would be that mad at option three.