A new Russian bar and restaurant on Gilbert Place, courtesy of the owners of Bibliotheca Bar and Book Exchange.

Roman Tazhdynov and Marina Tazhdynova, owners of Bibliotheca Bar and Book Exchange, know that many who hear of their new Gilbert Place bar and restaurant, Red October, will assume a connection to the 1990 film and its Soviet themes.

Red October can be found at 22 Gilbert Place, Adelaide and is slated to open on Thursday, 9 November. Stay tuned for updates.

Taking over Quelltaler House, the pair will bring Modern Russian cuisine into the CBD, but the name is as much a reference to their efforts of urban renewal in the late 19th century building as it is to their Russian heritage.

“Back in the day it was located in the very centre of Moscow, overlooking the Kremlin, and it was an amazing building, early Soviet architecture, absolutely amazing industrial buildings.

“Something like 10 years ago, they moved out to the outskirts, and this whole precinct was given to all the bars, restaurants, nightclubs, art galleries and everything.

“So Russians call it The Golden Triangle and all of your nightlife, culture life, is happening in that particular peninsula, and it’s called Red October because of the factory.

“We’re [also] taking something old, well-known, still very good, but old, and bringing it up to the next level.” 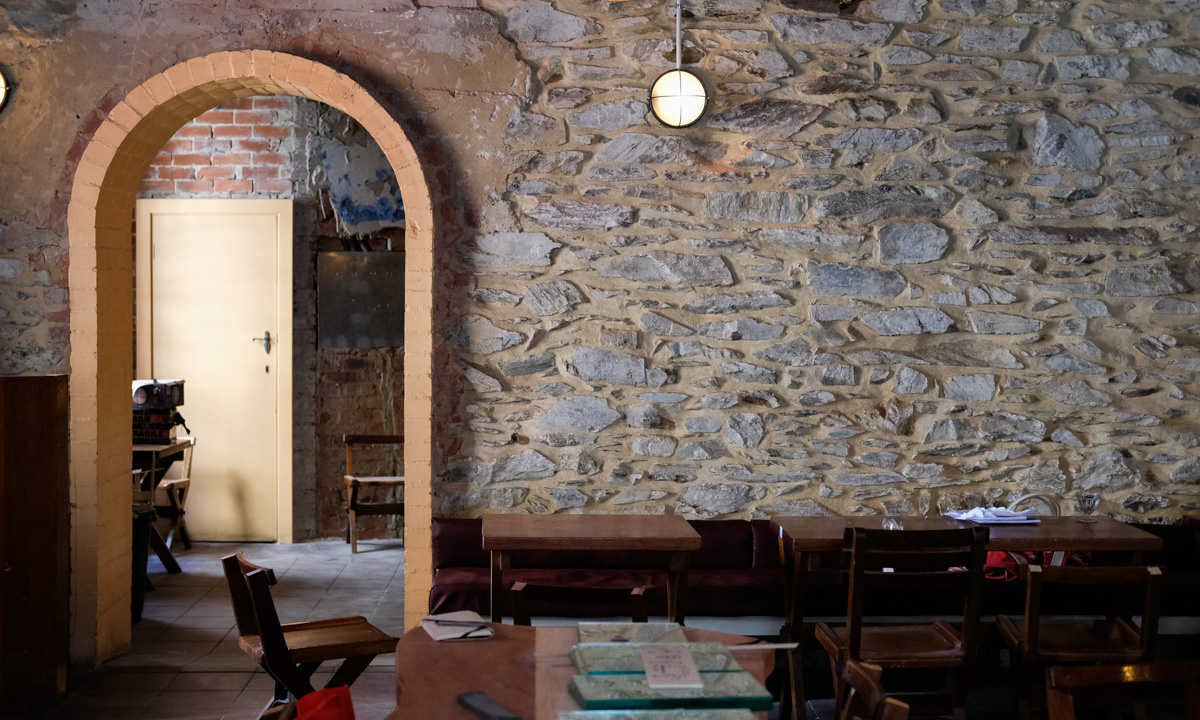 The building’s beautiful stonework is on full display when CityMag tours through the bar-in-progress. When the pair first signed the lease, it was a very different scene.

“It was all plastered in different shades of yellow, and… it really looked like the guys left halfway through their shift, because the tables were still set up,” Marina says.

“We couldn’t really do much with the walls before we signed the lease, but basically that very second, we put a screwdriver in the wall and just looked behind it to see what it is.”

“With the fit out, we tried to bring the building to its roots,” Roman says.

While the Modern Russian theme won’t be presented in an overtly visual way – save perhaps for their logo’s hammer and sickle design – the food will heavily reference current trends in Russian cuisine, while drawing on locally sourced ingredients.

“Basically the whole Modern Russian concept, which is in Russia at the moment, you go back to your roots, and with that peasant food, you create amazing dishes,” Marina says.

“So you’re going back to all your root vegetables, you have al of your buckwheat and pearl barley, you have game meat, because that’s what you hunt for, but on the plate it looks more like fine dining.

“We’re going to use as much South Australian produce as possible [and] everything will be adjusted to an Australian palate, because I think Modern Russian is pretty challenging in the name to start with, so we don’t really want to overwhelm people straight away.”

The theme also gives them a great breadth of cuisine to play with, Roman says.

“The root of Russia is USSR. The USSR is 16 republics spread all over the continent,” he says.

“Each has a separate and unique flavour and cuisine, starting from Norwegian-type food, finishing with Middle Eastern – so that’s another thing that we want to bring, some of those flavours that are a bit forgotten, and probably a little bit misunderstood at the moment, but that is all part of Russian cuisine. That’s what we grew up eating, and that’s what we’re going to bring now.”

At the bar, there will be eight beer taps pouring local and interstate brews, Russian beer available by the bottle, and the main focus of the spirits will be bourbon, which Roman says will play perfectly with the food on offer.

There will also be a selection of specialty cocktails designed for the venue referencing Russian flavour profiles and ingredients, and the couple promise deeper revelations of their venue’s bar offering a little closer to opening, which is currently scheduled for Thursday, 9 November.

Red October will be a much larger space than their Gresham Street presence, though still trading with a small venue licence, and despite initial reaction to their concept being quite warm, the greater scale is a daunting prospect for Roman and Marina.

“It is very scary as well. But now looking even just three months back, and remembering what the building looked like, and what it looks like now, and the enormous work that has been done just within three or four months, it’s an amazing feeling. Now I’m really hoping that the rest of the city will share it with us,” Marina says. 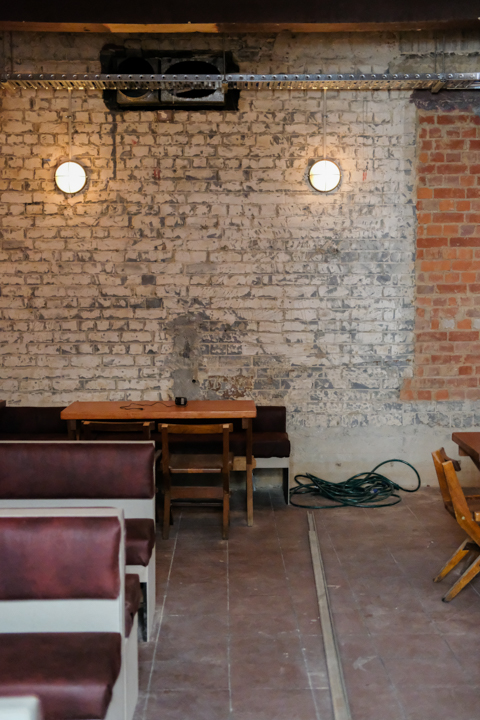